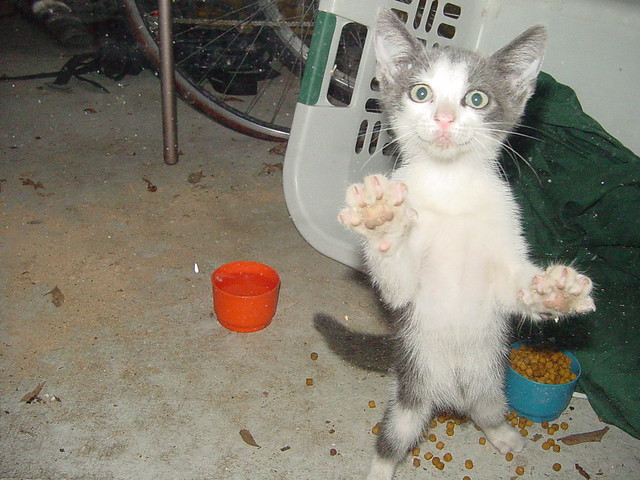 It’s hard to believe this little kitten is now 10 years old! Leo came into our life July 1, 2004 when we lived in an apartment in far west Miami. We’d heard a squeaking noise all night, sounding like a bird. At one point I got out of bed and walked around to the back side of the apartment, we were on the ground floor, to see if I could figure out the noise. I saw nothing, but the next morning Chris found Samson sitting by the sliding glass door staring out at this kitten that wanted inside. Chris and I managed to corral him to stay on the porch with some food and a laundry basket lined with a sheet and decided we’d keep him if he was still around by the time we got home from work. I’m fairly certain Samson didn’t like this arrangement initially, but Leo was persistent and now they are pretty good brothers to each other—though Leo can still be a little bit of a punk. We estimated his birthday based on that when he showed up he appeared to be about two months old. 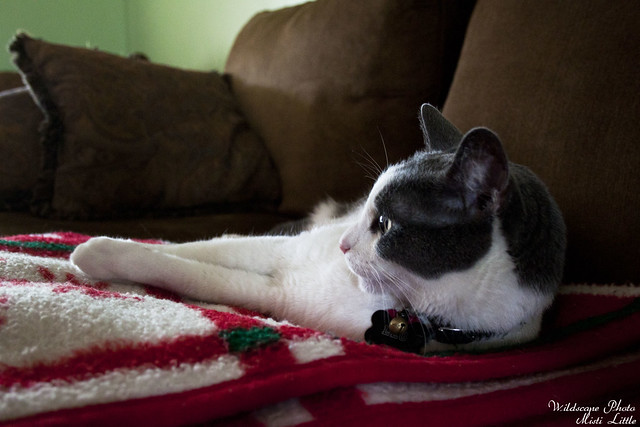 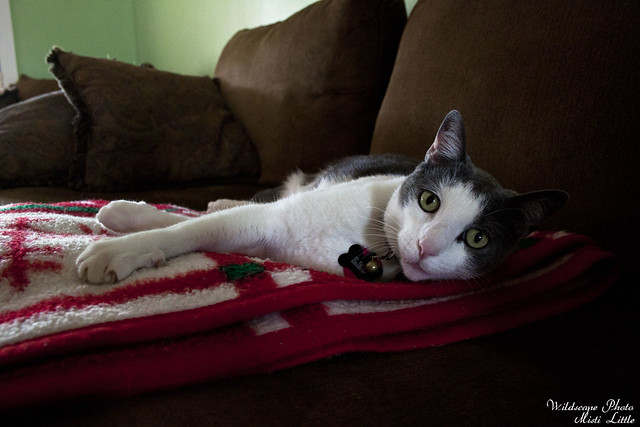 One of Leo’s (many) nicknames is ‘Runty’, but really he’s the giant of the pair of cats, especially since Samson has turned into ‘Grandpa’ Samson these days. Leo knows cat people and it takes him awhile to warm up to non-cat people or just strangers in general, but he comes around eventually. 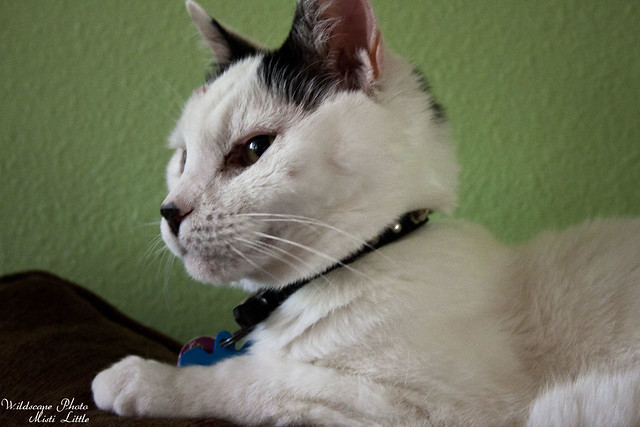 And we can’t leave Samson out…he’s hanging in there are somewhere around 17 years old. We’re pretty sure he’s going deaf since he meows louder than he used to and sometimes he takes awhile to wake up when we get home.

It’ll be interesting to see how they adapt to having a human brother in the household come September!