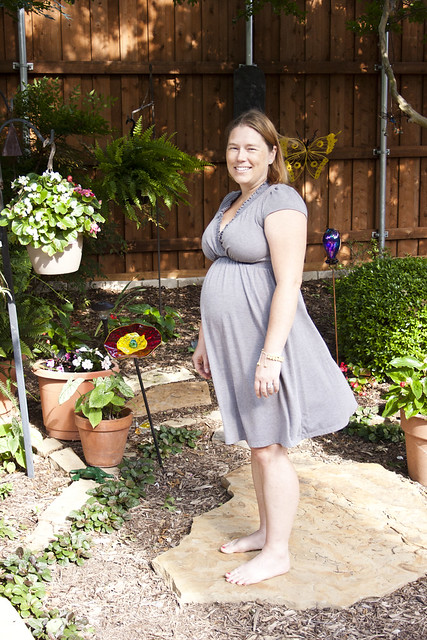 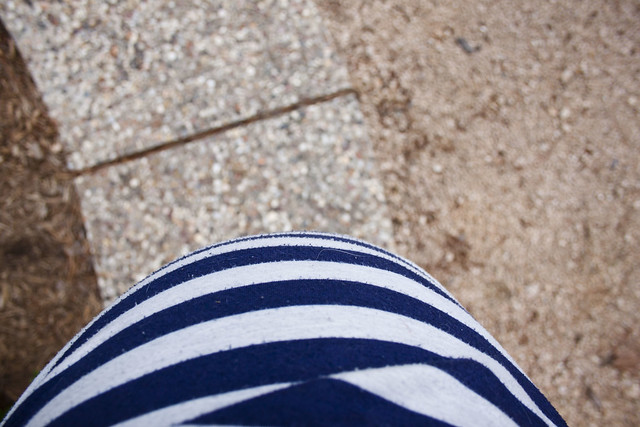 It’s hard to believe that I’m on the downhill side of this pregnancy. I mean, at least in terms of time. The little dude still gets to grow another 7lbs or so (I’m mentally limiting his size to about 8lbs…let’s not go higher than that, ok kid?) and my belly is going to stretch even more over the summer. I’m definitely beginning to get more uncomfortable and the indigestion just keeps getting worse. Blargh. Tums is my friend these days.

We’ve only got three weeks left in our Bradley Birth class. I’ve really appreciated the class and am glad we attended the class. I think we’ll be as prepared as we can be by the time the class is over and we’ll just spend the summer reviewing what we’ve learned and continuing to do the relaxation exercises. I need to sit down and work on a birth plan this week so I have a draft ready for our next appointment with the midwife at 27 weeks. Thankfully the midwife was very open to the birth plan and was familiar with them when I mentioned it to her at the last appointment and so I think we’ll be able to work with her quite easily on our wishes for a natural and as much as can be, intervention free, birth.

I took forever reading it, but I finally finished Ina May’s Guide to Childbirth. I highly recommend reading this book for anyone who is pregnant. The first half is mostly birth stories and the second half goes into all of the stages of labor from a natural birth viewpoint as well as elaborating on all of the potential interventions that may occur or be offered to you at birth as well as their consequences or benefits. Our Bradley Birth teacher let us borrow Birth Story, a movie about Ina May and her work at The Farm from the 70s up until today. There’s a completely fascinating and freakin’ scary natural butt-breech birth in that movie, too. I started watching it while Chris was out of town working in the field and finished it the following evening when he’d returned. He was getting out of the shower when the breech birth was being shown and the woman was making a lot of noise and he came in asking ‘Is that a Bradley birth?’, because Bradley births are generally more relaxed and quiet. I told him no, it was the butt-breech birth—which he didn’t know could happen until we talked about it in class. For the men or the unaware, butt breech is obviously where the baby is butt first and the legs are tucked up and folded against the body. Once the butt is delivered the midwife reaches up and manually untucks each leg so that the rest of the body can safely be delivered. Definitely a difficult birth position, but Ina May and her midwives have kept up the techniques and methods of delivering breech babies, whereas most doctors these days have lost/not learned the ability to delivery breech babies and usually schedule breech’s for a c-section. Let me just say that I mentally told Teddy he was going to need to be sure *not* to be breech ’cause that did not look like fun…and I don’t want a c-section.

Since I only have an estimated 15 weeks left with Teddy in my belly, I’ve been going back and forth between wishing that I am ‘myself’ again and being wistful that in 15 weeks he’ll be on the outside and not inside me any longer, meaning I won’t get to feel his movements anymore. And if this ends up being my only pregnancy, it’ll be the only time I get to feel a baby inside me (don’t jump to conclusions on this, please. I have no idea what our future prospects on other kids are at the current time, nor can I outrule any problems conceiving subsequently. It’s just a general thought.). So, I bounce between savoring it all and wishing I was in badass thru-hiker shape with some skinny jeans. Teddy has been moving a lot more in the last week and he likes to kick or hit me hard enough to freak me out a bit. It almost feels like someone coming up from behind you and punching you in the shoulder…well, at least the surprise of it. I’ll be laying on my side in bed and *WHAM* into the side of my belly, enough to make me jump. It’s definitely surreal! And he’s to the point where when he moves my entire belly jiggles!

Over the weekend Chris and I were in DFW and we raided my parent’s attic for all sorts of baby items. They were from my niece and nephew’s baby days and so now I have pile of great hand-me-down baby stuff that I won’t have to register for. Some of it I was iffy on wanting/needing, but now I’ll at least have some of this stuff to use for if and when Teddy wants to use it. I am also accumulating so many blankets! Between blankets I already had, blankets my mom was keeping to pass down and some others I got from Chris’ mom, I’m going to be overloaded with blankets. I am still debating whether or not to make a blanket for Teddy since I usually make blankets for most of my friend’s kids (I’ve slacked a few times!), but I thought Teddy probably needs one from his own mother so I’ll likely put one together this summer. I’m thinking a sewn quilt versus a crochet blanket, though.

Anyway, other than just reading more birth stuff I’m trying to already think about breastfeeding and attempting to read up about that. Talk about another controversial subject in the baby world…

I guess that’s about it. Teddy does have a name but I don’t really want to post it online until after he’s born. Family and a few friends know, and more friends will find out eventually, but there’s something about keeping it quiet until he arrives.

I guess that’s about it for now!