Back in December my cousin Elizabeth received a VoxBox from Influenster. I’d never heard of it before but after seeing her video posted I was defintiely curious. She sent me an invitation to sign up and join, which I did. Basically Influenster is a product review service and if you are selected to receive one of their boxes, you review what you receive and keep the goodies for free. The idea is to share it on some form or multiple forms of social media as well. I was a little bit iffy on doing it at first, for one because I’m not really into doing product reviews on my blog and turning this place into some giant ad space. I write what I want to write when I want to write it.

Anyway, I signed up, did some of the basic survey stuff on there with some input on products that I’d used before and kind of ignored my account. I figured there was no way I would ever be selected for a box because I did so little with the site and my blog is not a product placement type blog. Well, back in February I got an email saying I was up for the J’adore VoxBox and so when I received it I kind of kept it on the back burner because it was a mix of frou-frou items that I’m not really into. Like false eyelashes. So, just to participate I did a quick video for YouTube and linked it to my Influenster account and did all of the proper final surveys for receiving the box and again ignored my Influenster account. You can see my review video here. Lots of rambling and heavy breathing, still in the first trimester there.

I figured there was no way I would ever get another box, let alone one so quickly, when I received an email two weeks ago asking for me to fill out a short survey to see if I fit into their cohort for getting another box. Then I got an email to say I would be receiving the Go VoxBox, which sounded definitely a bit more up my alley. It arrived over the weekend after I’d forgotten that it was supposed to come. 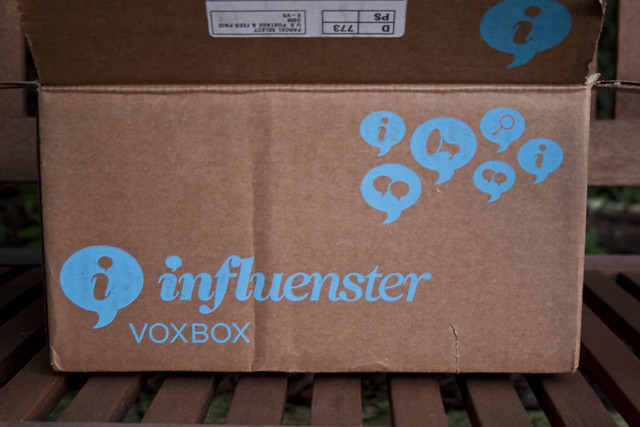 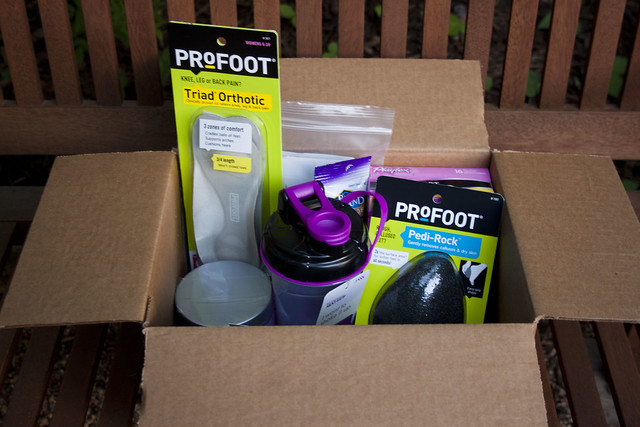 Chris opened it up for me since I was busy doing something else and when I went to see what all was in there I was definitely surprised at how much of the products were more in line with items I might actually use. 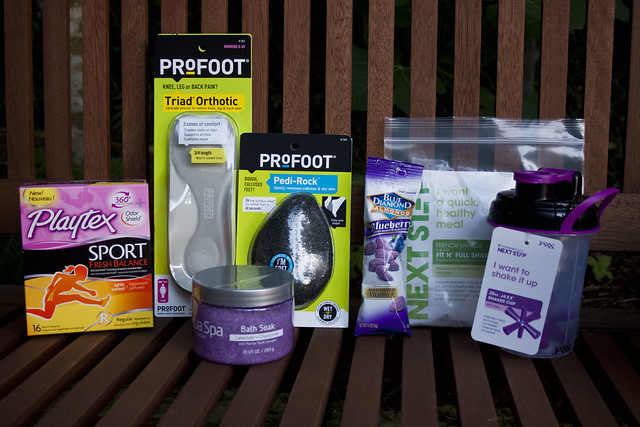 Chris takes a lot of baths so the lavender bath soak he was definitely all for. I’m not nearly as much of a bath person, but I would definitely use the bath salts if I decided to opt for a bath. The blueberry almonds sounded intriguing and I meant to take them to work yesterday but forgot. I did try the chocolate protein drink using the cup that was provided and was not grossed out, in fact it was actually pretty tasty. I really like the to-go shake cup as well. Would I actually buy one? Probably not, but since I have this one I’ll probably use it on occassion, if not just to put in a smoothie that I made in the blender versus one from a packet. The tampons, yes I’ll use eventually after Teddy arrives. I think I’m going to hold onto the orthotics for when I buy some new running shoes after Teddy is born. The only time I really use orthotics has been in my hiking boots, but I’m hesitant to try a new orthotic than what I am used to in my hiking boots. I’m willing to try these out in another manner that doesn’t usually result in my getting blisters, like in hiking boots! The pedirock is intriguing. I typically like my callouses and I might have been a bit regretful after the first pedicure post AT thru-hike…I think the woman who did my pedicure wondered how on earth I had such thick callouses, but callouses mean less blisters. Hopefully the pedirock isn’t too difficult to use like some pumice stones can be.

Anyway, I thought I’d share this with y’all especially since it was definitely geared more towards my lifestyle. I don’t know if I’ll blog about future boxes if I get others, but this one sounded relevant enough to the blog for me to write about it. I just checked my Influenster and I can invite 20 people so if you are interested leave a comment and I’ll send you an invite via email.

Now, Influenster, how about a gardening one? Some seeds, gardening gloves, a shovel? Maybe some gardener’s lotion or soap? I’ll totally review that one!