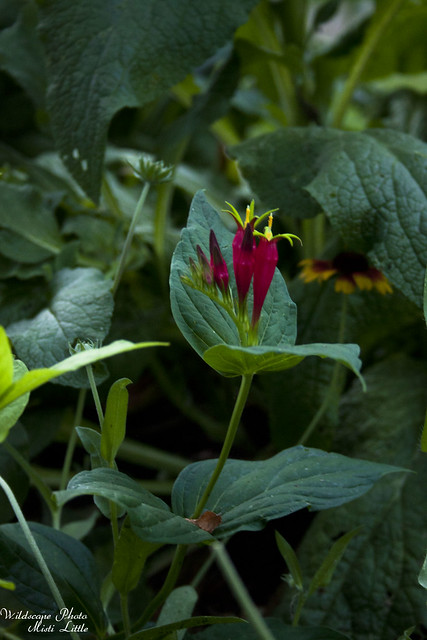 We planted several bulbs (tubers?) of Spigelia marilandica, or Indian pinks, last spring. They came up last year but were chomped on by the deer and then went dormant. They returned this year and most of them have been chomped on by the deer but somehow this one escaped long enough to bloom. Of course the following day when I went back to check on the bloom and top part of the plant was gone. The deer waited long enough for me to get a photo before greedily feeding on the plant. Maybe we’ll have more next year?? 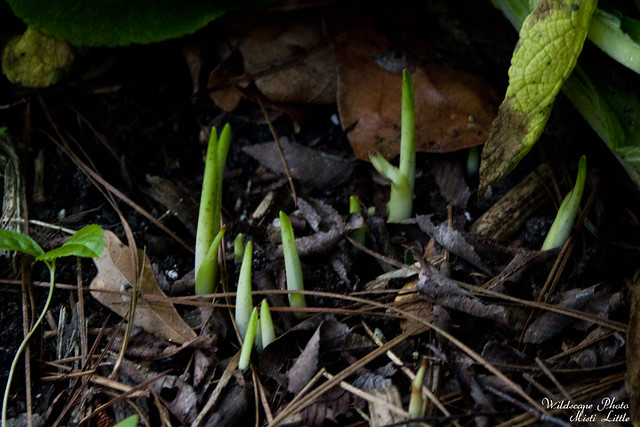 This photo is a little blurry as it was nearly dusk and I was very low to the ground and looking underneath foxglove leaves. I’d been checking a certain area where the pineapple lily we’d planted last year might be. Some of our more tropical plants have taken their time in coming up this year, waiting until May to make their appearance. I’d about given up on them when for the heck of it I decided to check the other evening. To my surprise there were several plants coming up so the following evening I took the clippers to the foxglove leaves that were shading out the lilies in order to get the plants to grow just a little bit better. Of course this will probably just prove to be fodder for the deer, but I don’t recall last year if the deer ended up eating the lilies or not. Let’s hope not, I’m tired of disappointment in the garden.

Those were just two little delights, as tiny and as fleeting as they may be.