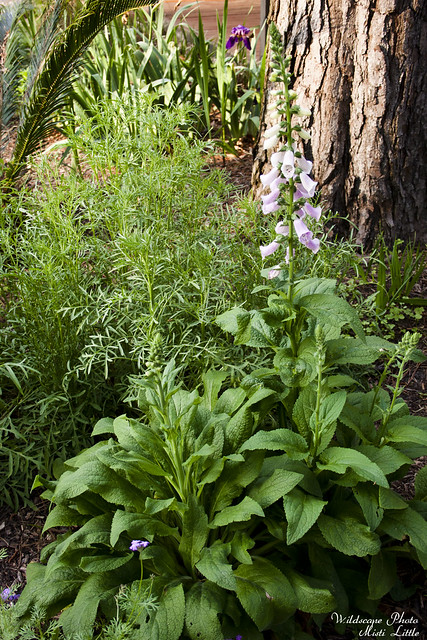 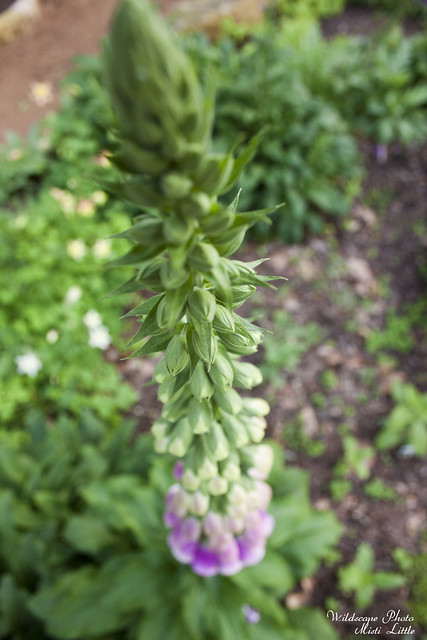 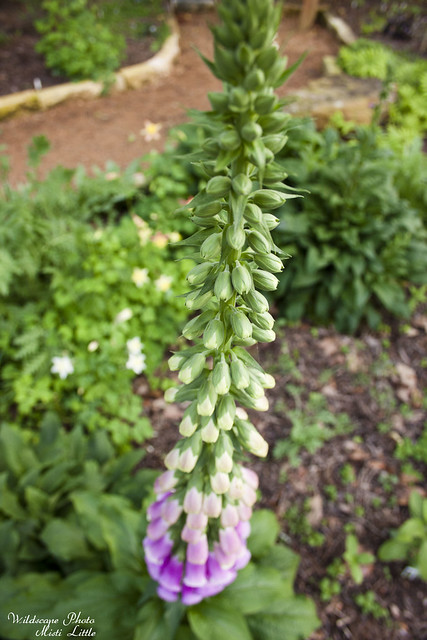 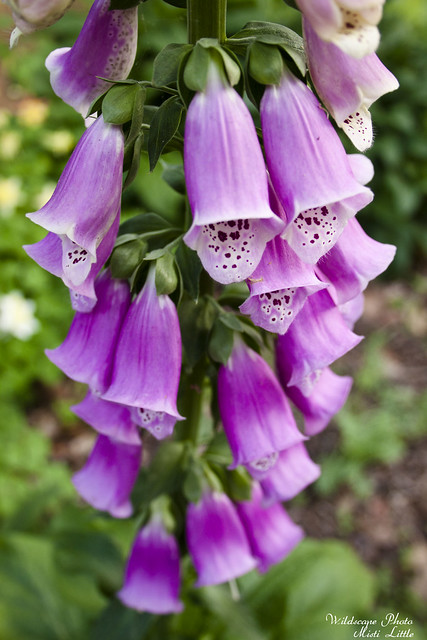 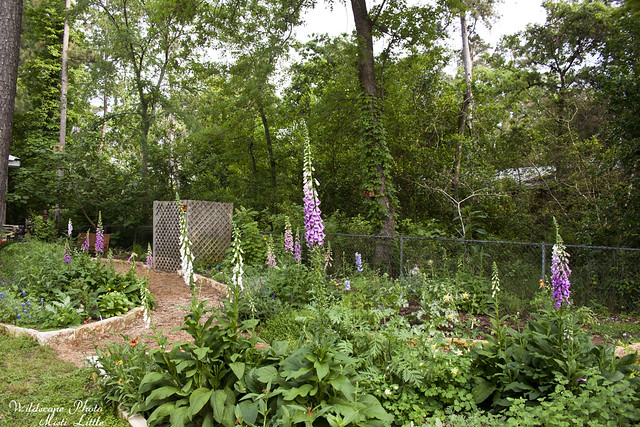 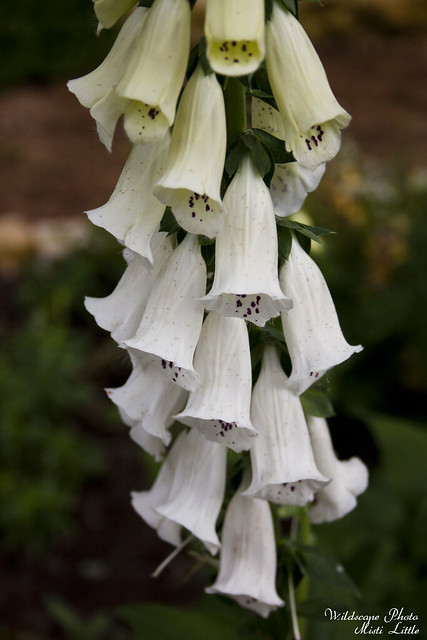 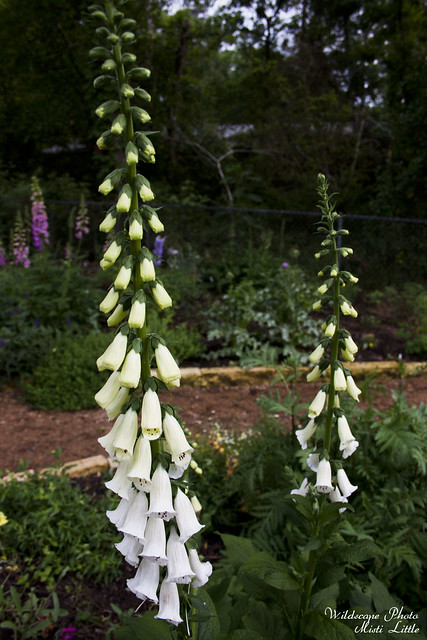 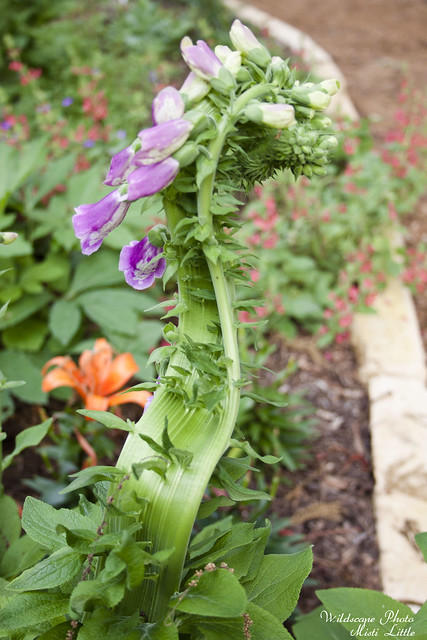 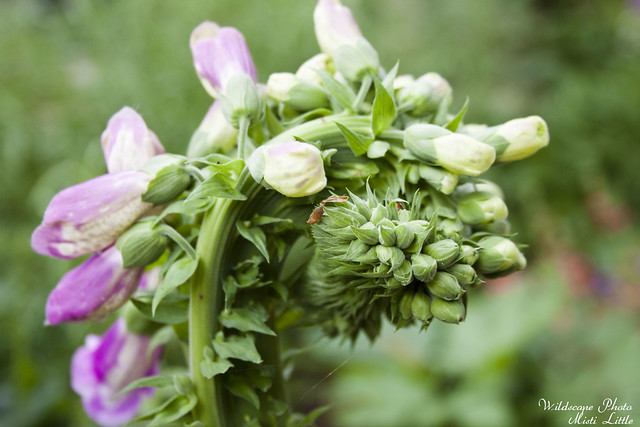 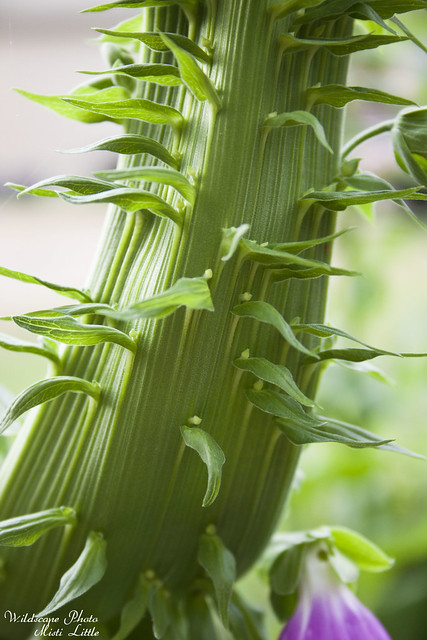 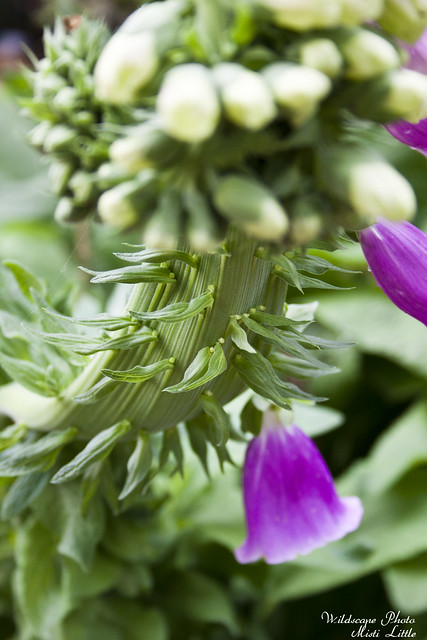 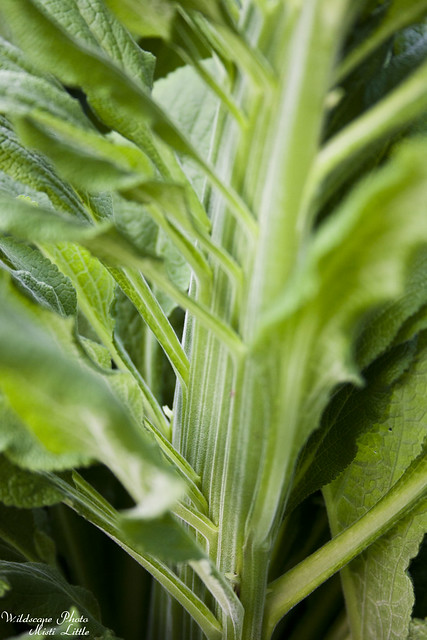 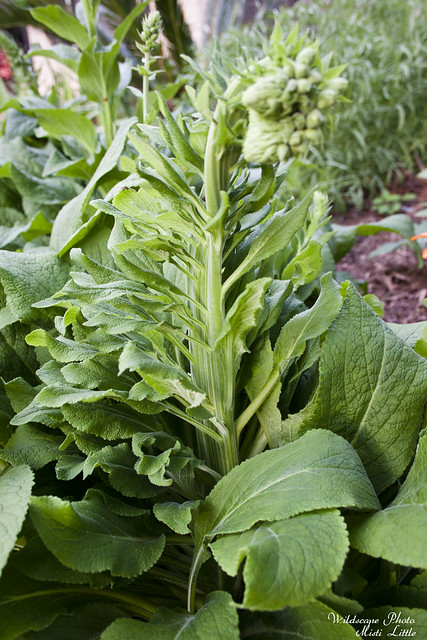 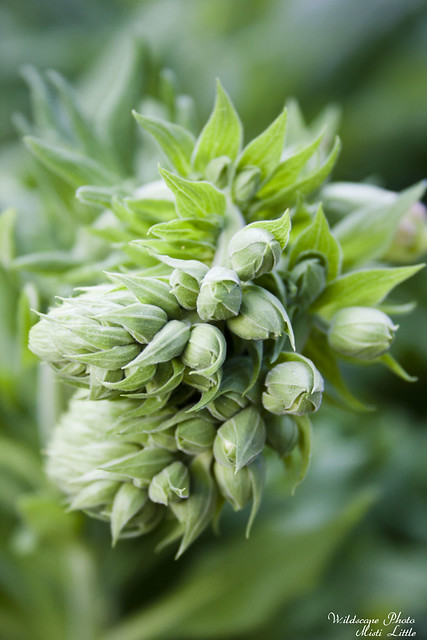 The foxglove blooms peaked back in April but I have sat on the photos for a month now. I meant to write about the wonderful blossoms that dotted the flower garden several weeks ago but time passed and other posts went up instead. It really was glorious there for awhile. We would pull up in the driveway to purple, pink, and white spires of flowers poking up from around the garden. There was definitely a cottage garden feel about the landscape. Now most of them are in seed, the stalks flopped over and the leaves slowly rotting away.

The last several photos document a strange foxglove we had growing. We had no idea what was causing the genetic deformity but knew we wanted to save seed so we could grow more ‘funky foxgloves’ next year. I’d forgotten to get around to looking it up when someone on Flickr said that it was called fasciation. It appears that foxgloves are one of the more common plants that can have this trait.

Now that the blooms are faded we’ll be trading out foxgloves for salvia and other summer blooming plants. That is if the deer and armadillos stay out of my garden! Yes, our new plight are four pesky armadillos that have been causing a ruckus digging holes and knocking plants over in the garden!