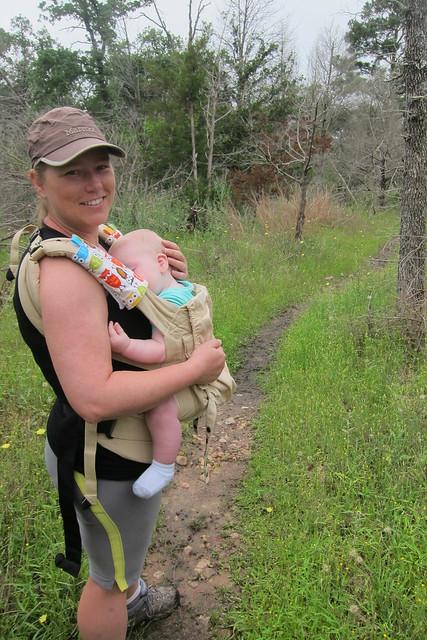 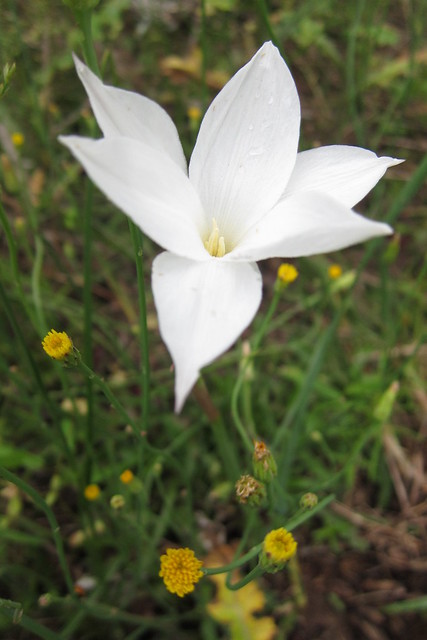 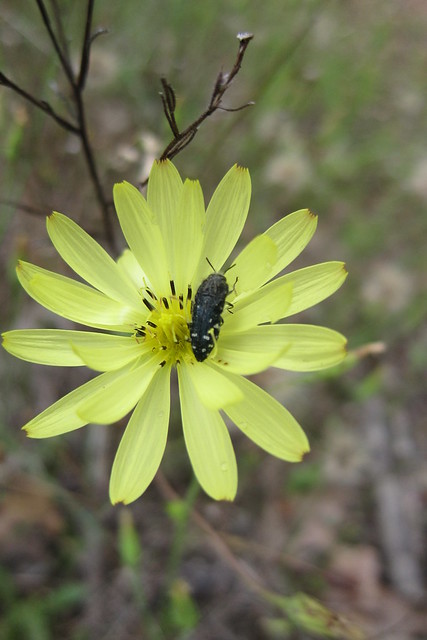 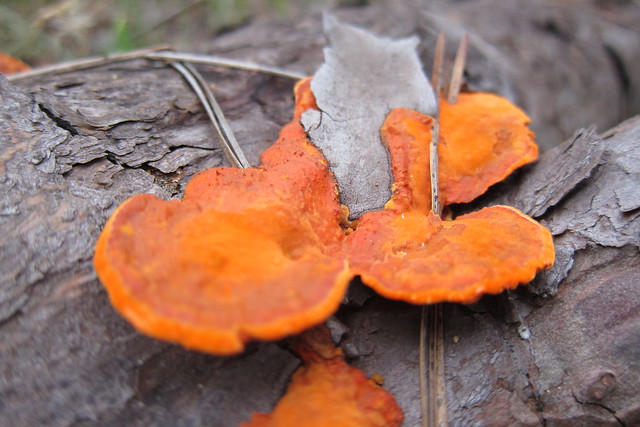 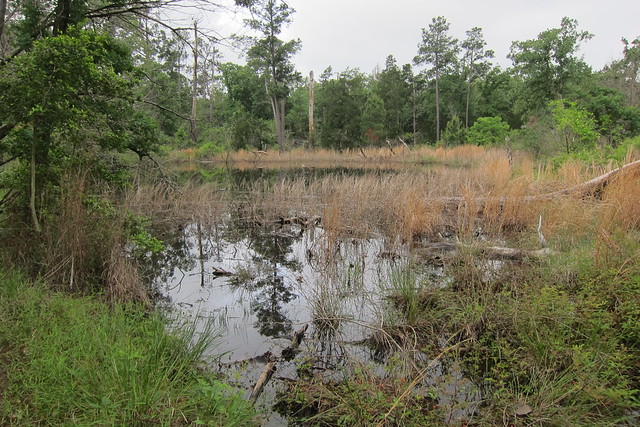 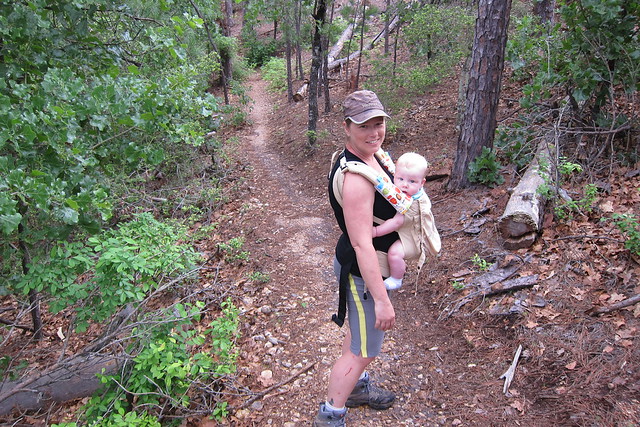 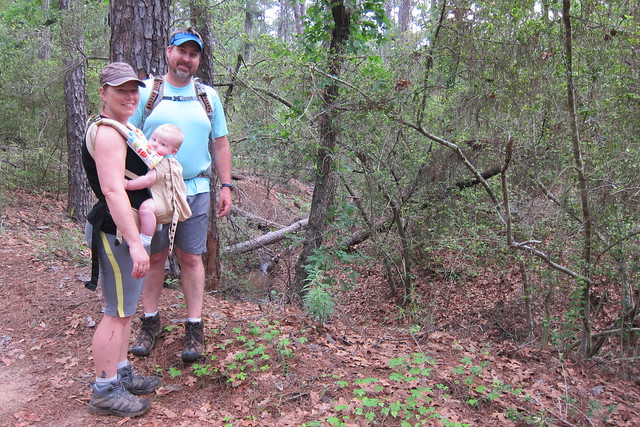 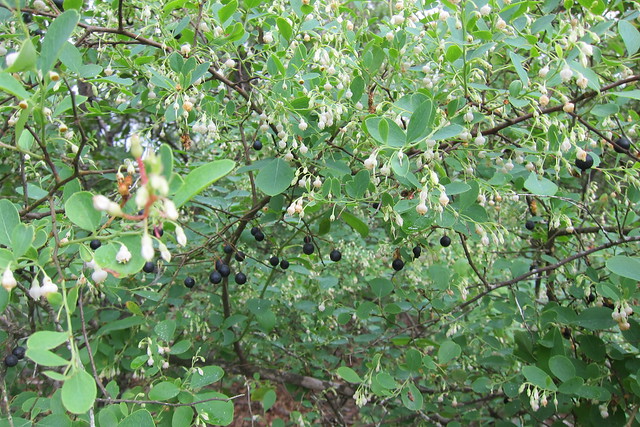 I think this is Vaccinium arboreum, aka: farkleberry. 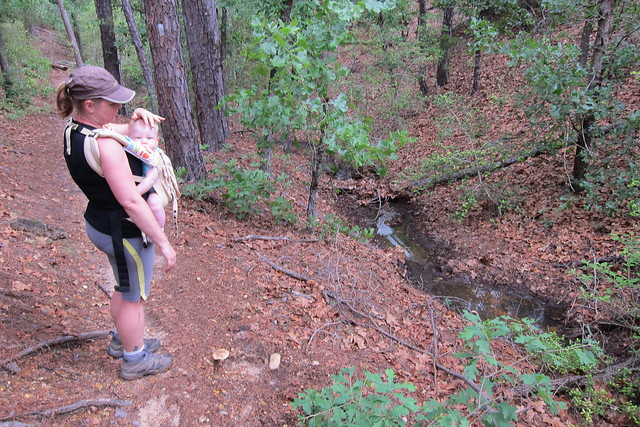 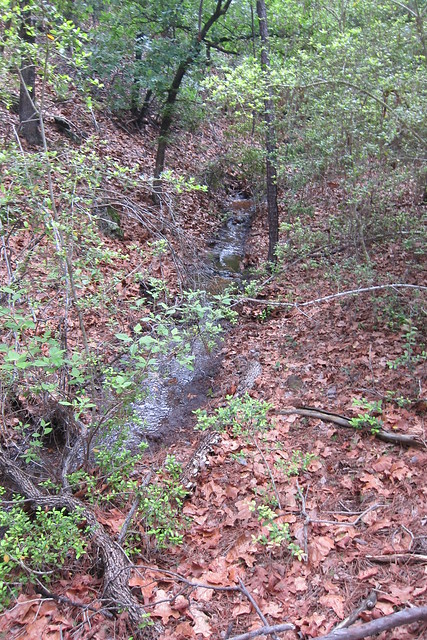 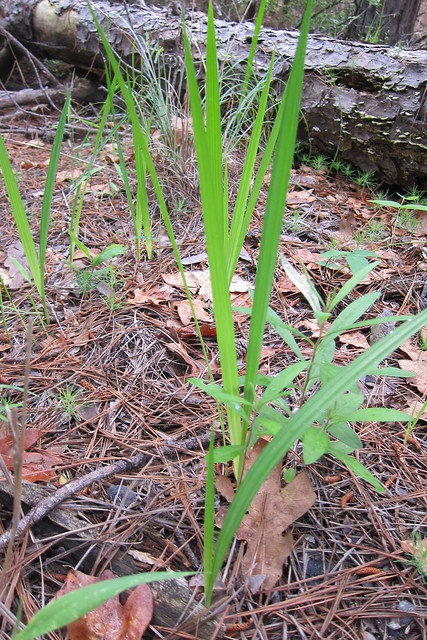 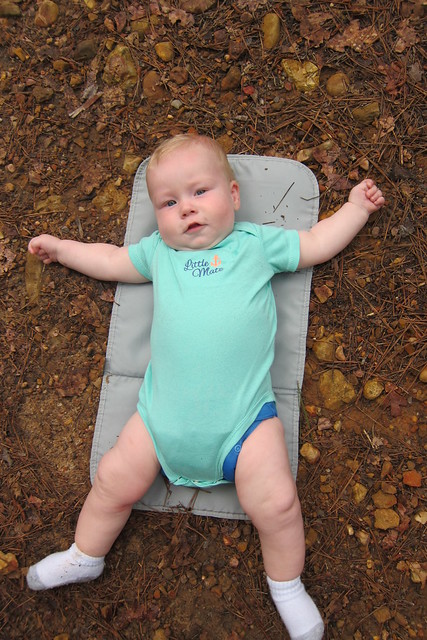 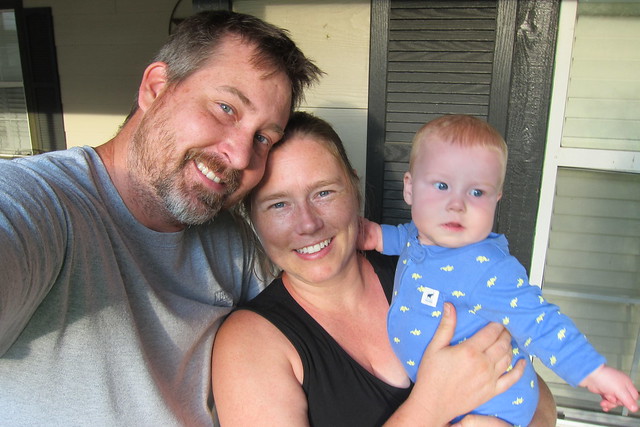 After we took down our campsite at Bastrop State Park we mosyed on over to Buescher State Park for some hiking before we headed home. I didn’t want to get home too late so we didn’t opt for a long hike. Chris put together a loop out of the park trail map that was about two miles long. Forest ended up falling asleep on the way over to the state park so I carefully managed to get him in the Ergo where he managed to fall right back asleep. It was overcast and not long after we got on the trail it started sprinkling and in the distance we heard thunder. Only in the last few months have we managed to become up to date on phones with Chris getting an iPhone. I had him check the radar to see if the thunder was going to get bad or if it was passing and it appeared to be just small green spots of light showers that would pass quickly.

We continued on the trail instead of heading back to the car at the road crossing and had a great hike after, just getting sprinkled on for a few minutes. The trail at the beginning was rather flat and along a marshy section but then once we crossed the road it was rolling with views into pretty little ravines. We dipped down to a creek and then stayed along lower ‘elevations’ for a little bit before climbing back up. It was a wonderful hike and I’d love to hike the rest of the trails at this state park. Being that it is only 2 hours from the house it is definitely something we could check out for a day hike sometime, probably not this summer. We’ll have to come back in the Fall when it cools down again.

Overall it was a great, short hike. We took a different way home, heading SE towards La Grange before cutting back up some two laned farm-to-market roads and hitting US 290 just west of Brenham. It was nice to see a different area than we normally take.