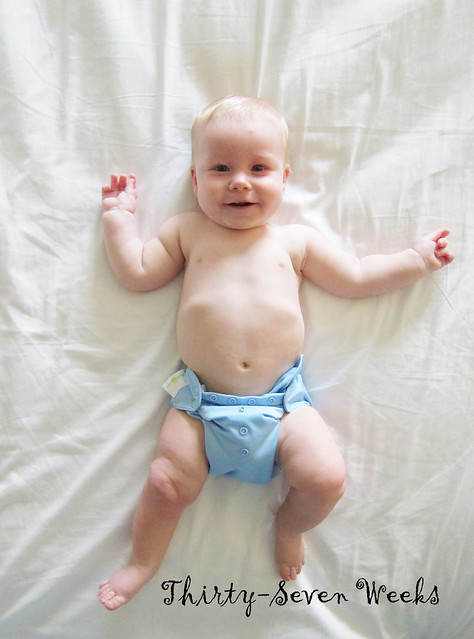 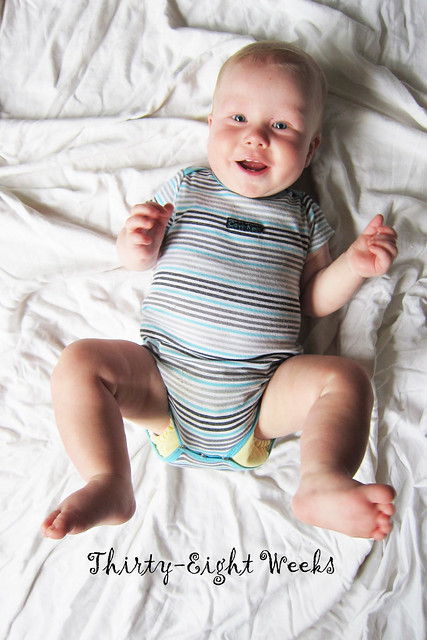 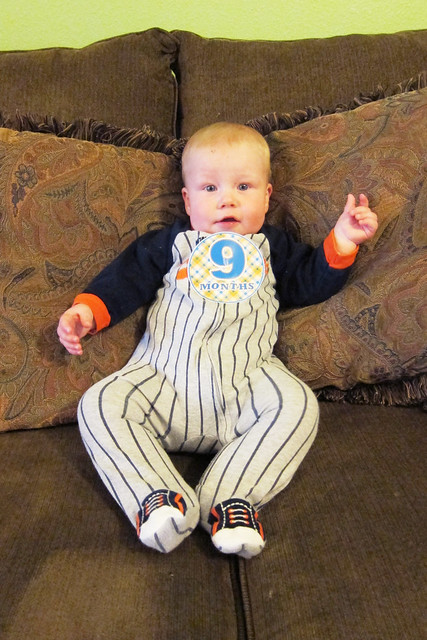 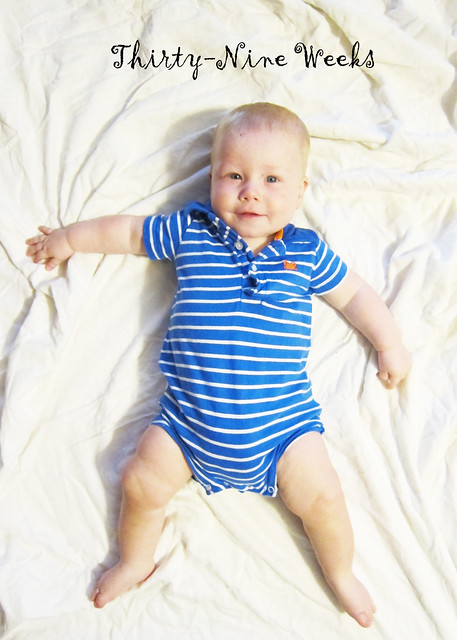 Every day he’s turning more toddler like. It really is hard to think about how little he was even just a few short months ago.

Major milestones this month were cutting his top two front teeth, bringing his teeth count to four. He’s also sitting up like a pro these days which has allowed us to take eating out to a whole new level, meaning he gets to sit in a highchair while we eat. I think he enjoys being up and sitting at the table with us but now we battle the ‘Drop The Toy on the Floor’ game! A coworker gave me her shopping buggy seat cover and I saw someone on a blog use theirs as a highchair cover so we’ve been using that on restaurant highchairs. I’ve yet to use it shopping as I have generally just put him in the Ergo carrier when I go out now.

Crawling is still in the form of army crawling with a few moments here and there where knees get tucked up under him as if he’s going to actually crawl. Then he drops back down to his stomach and takes off army crawling. He’s mastered it well, too, as sometimes I turn my back and the next thing I know he’s almost to the front door and the stairs! We’ll be really babyproofing very soon since not only is he speed crawling, he’s also trying to reach for things down low, like his toy box in the living room and the low door on the entertainment center. And cords…cords just stick out like something chewable. He finds cords from across the room and makes a beeline for them.

Sometime around the last update we started sending food to daycare for them to feed him at least once during the day. I think it took a good week or so but he’s now eating a lot better than he was. He’s still not into foods with a lot of texture, though. He finally threw up on the daycare ladies when he ate something with a lot of texture one day. I was like, finally it’s not just us! So I continued to send just a bit of the textured food for them to let him try a bite or two here and there and send a lot of the food I know he likes and will eat. I’m really trying to be patient but it is really hard not to be a little sad when I see other babies his age chowing down and eating on BLW style foods.

One thing Forest has really taken to is water. I’ve started giving more sips from the side of my glass after a meal. He hasn’t really shown much interest in learning how to use a sippy cup, but I’ve also not worked with him on it as much as I should. Honestly, I’d rather just get him to learn how to use a regular glass earlier so I don’t have to wean him off a sippy later.

I’m still doing the Elimination Communication casually. Some weeks I will daily take him to pee when he gets up in the morning and some weeks I slack. On weekends if he wakes up dry from a nap I will definitely take him to pee because he will just pee in his diaper as soon as I put it back on. Now that he’s sitting up better I need to be better about making him sit on his potty. We’re going on vacation in July and I think I may make that an opportunity to hit the EC hard and get him closer to potty training. I need to read about EC and daycare, though, how I can incorporate it and maybe get them to do it? Errr, I dunno.

Verbally I think he’s saying a few words or phrases. Or I’m just hearing things…but sometimes I think he’s starting to say stuff beyond typical babbling. Like one morning I had my phone and was trying to send a photo of him to Chris who was out of town and I swear he said “What is that?” I’ve decided to just answer him as if he’s actually saying whatever he’s saying/asking. I need to start incorporating a few more signs for him to learn, too. I’ve been doing the signs for mom and milk since he was a month or so old but not always consistently. I think if I can teach him ‘more’ and ‘all done’ that might help at mealtime.

I guess that’s about it for 9 months. I also put together a 9 month video this go around! It’s about 15 minutes long and has clips of Forest playing, me with and without Forest talking about his milestones, and then a section of me feeding him some food. 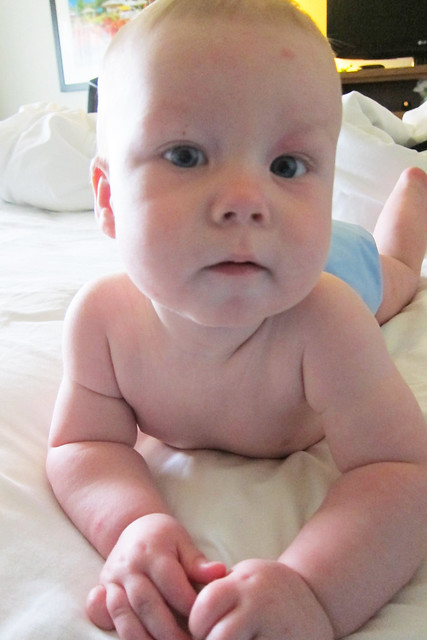 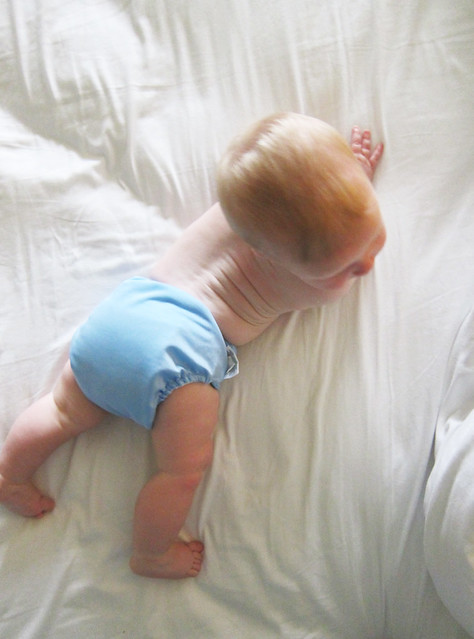 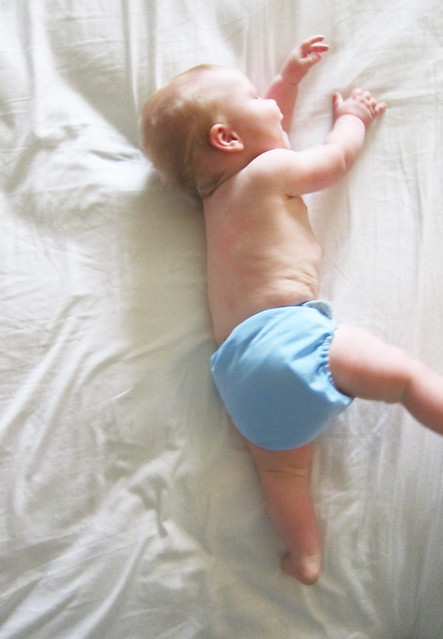 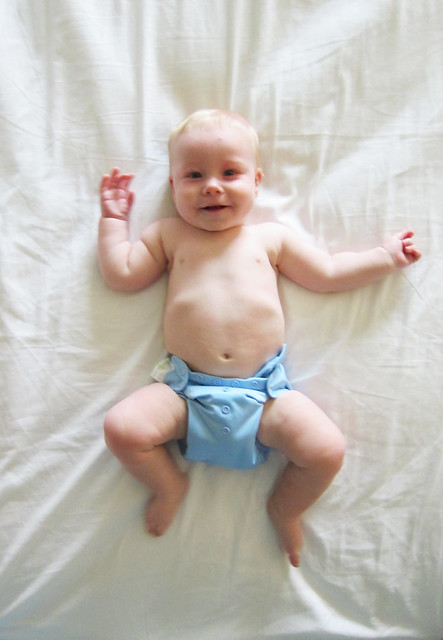 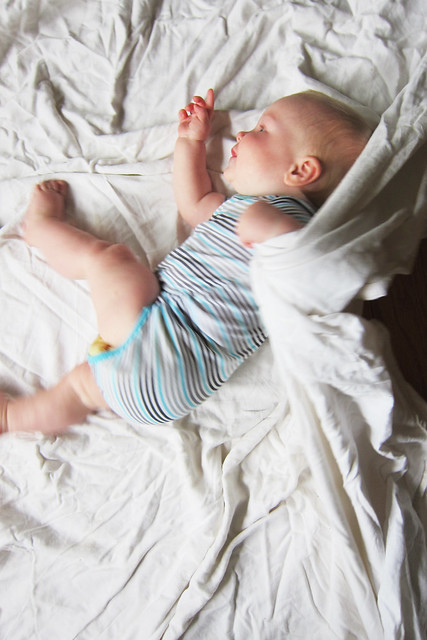 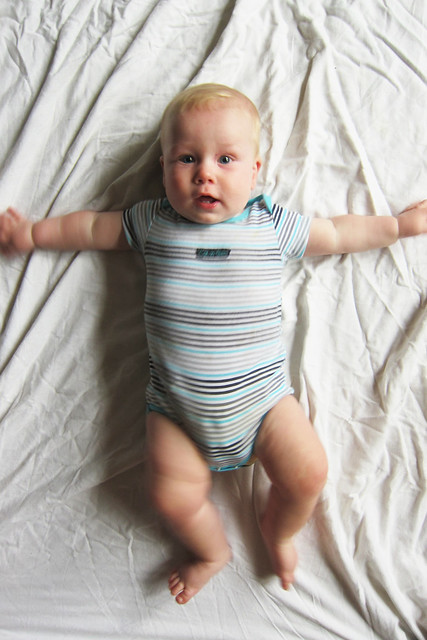 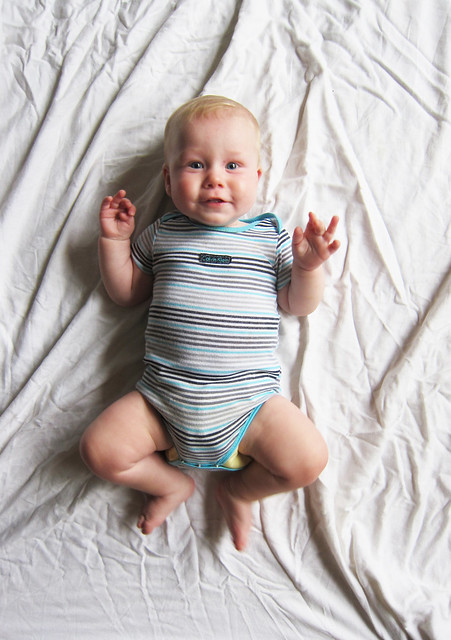 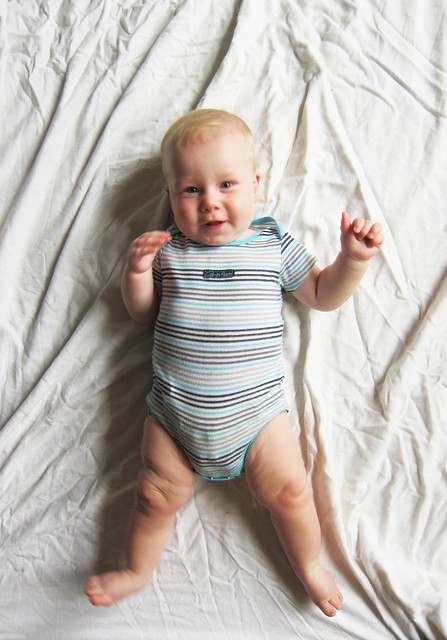 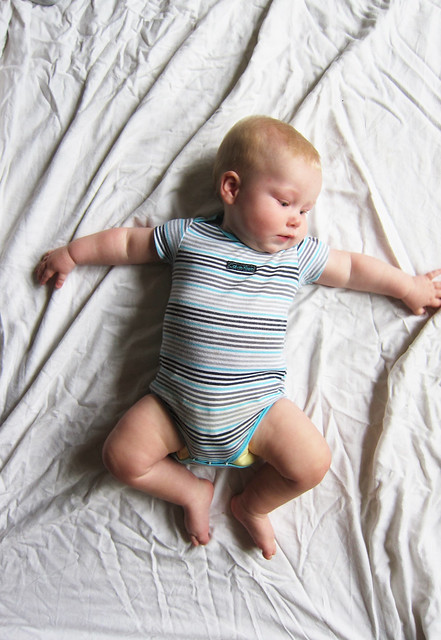 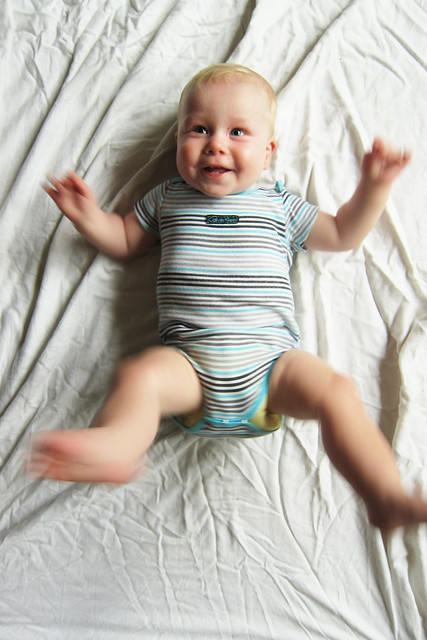 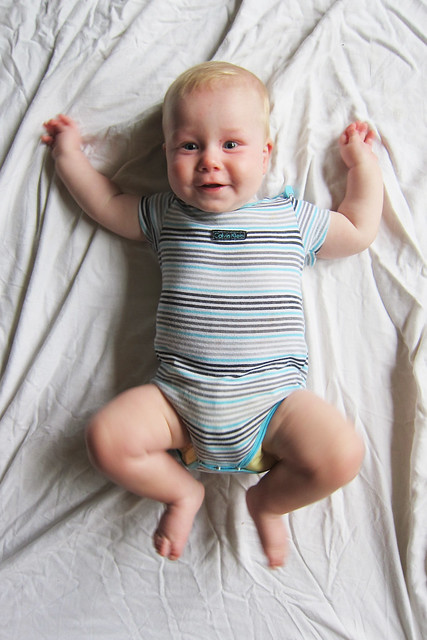 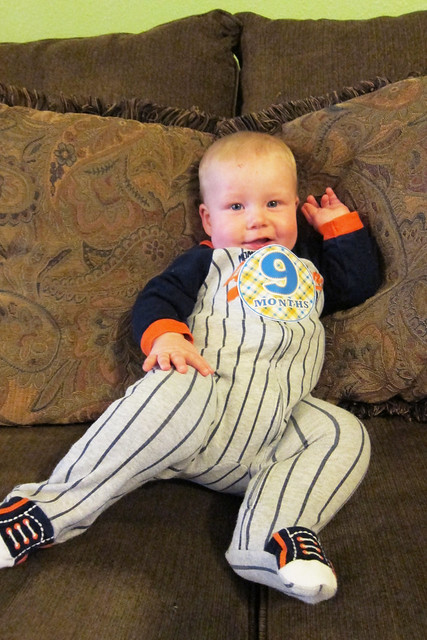 One thought on “Forest at 9 Months”