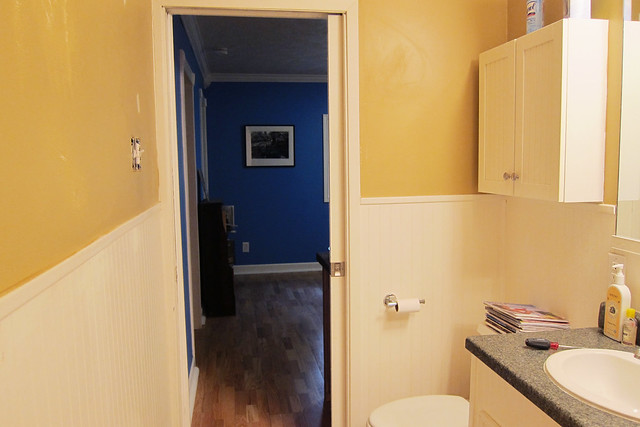 A week or so ago Chris randomly tells me that he’s going to tackle doing a mini-makeover on the guest bathroom/Forest’s bathroom. This came after several months of dormancy on projects around here so I wasn’t expecting it. Really, we typically keep projects like this (except last summer and working on the guest room and Forest’s room) for the winter time and leave summer for working outside. I guess it was on his mind so he went for it! 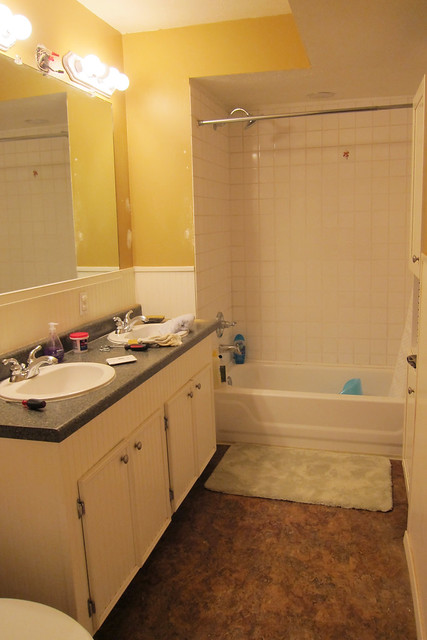 It was probably the second worst room in the house when we bought it, the guest bedroom being the worst. Now it is definitely the worst room. 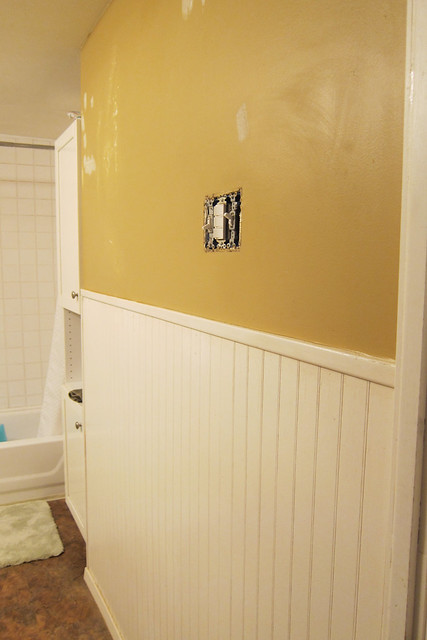 Chris had already started working on it before I got photos so we’re missing the awful off-white/aged-and-turned-yellow towel bars. 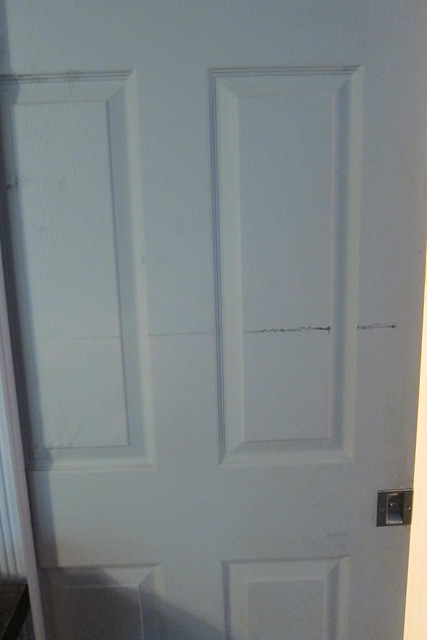 The pocket door is constantly getting scratched by nails that are hiding behind the wall. Chris’ plan is to take the door off and fix it and then somehow use a tool to get back there in the wall and cut the nails off. We’ll see! 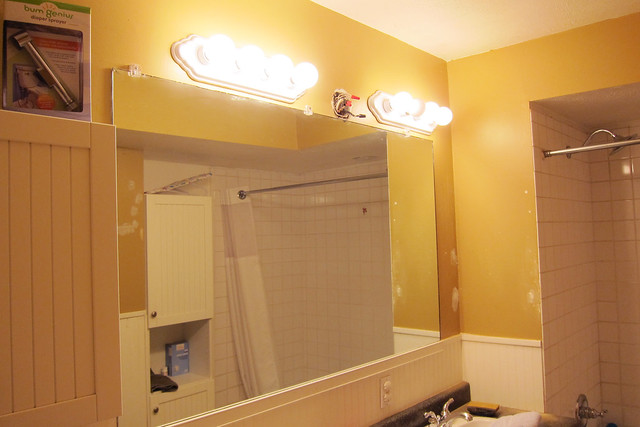 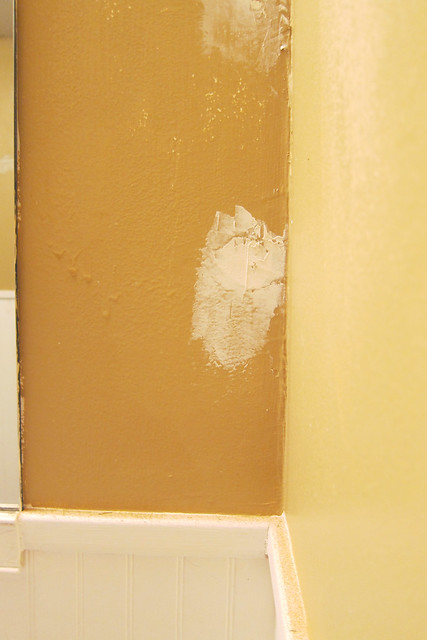 He’s working on all of the prep work first, including patching spots on the wall and sanding areas down. 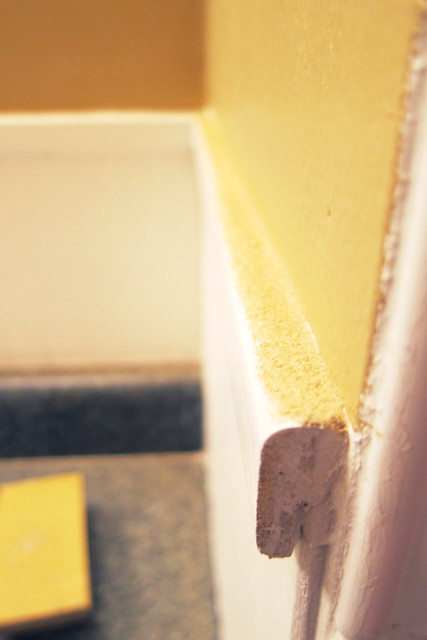 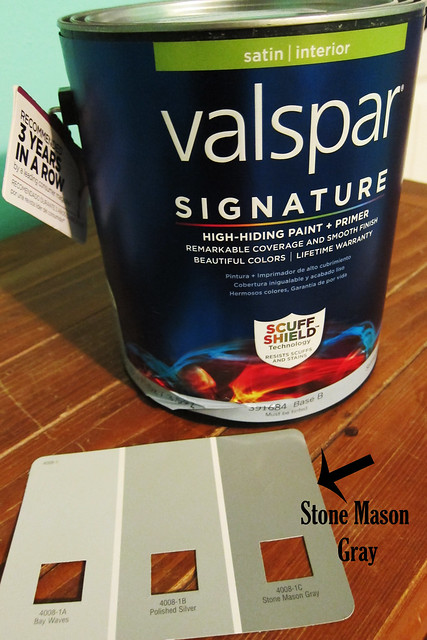 We’re going with the Moen Voss collection for the hardware in there, except for lighting. We had settled on some lights the other day at Lowe’s but Chris did some reading about them and they are halogen and apparently really hot. Also he read that the fixture rust easily, so they are being returned and we’ll come up with another option.

I also put together a video (what’s new??!)). I’m sure there will be more progress reports as the week(s) go by.