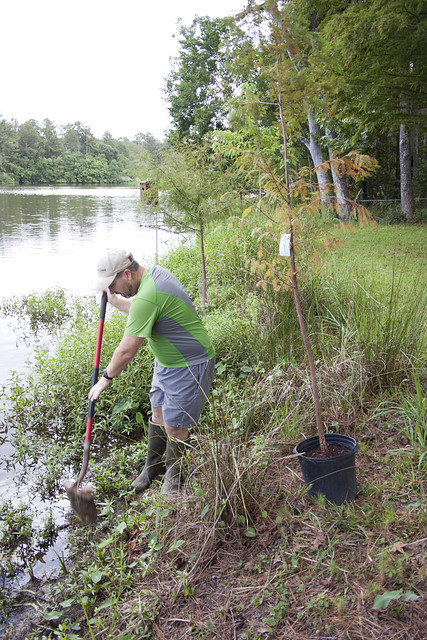 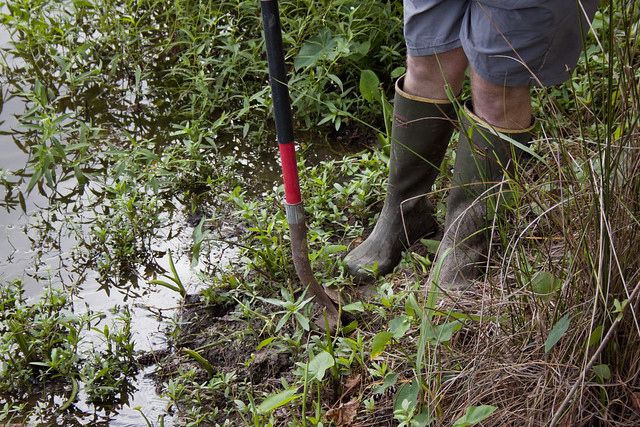 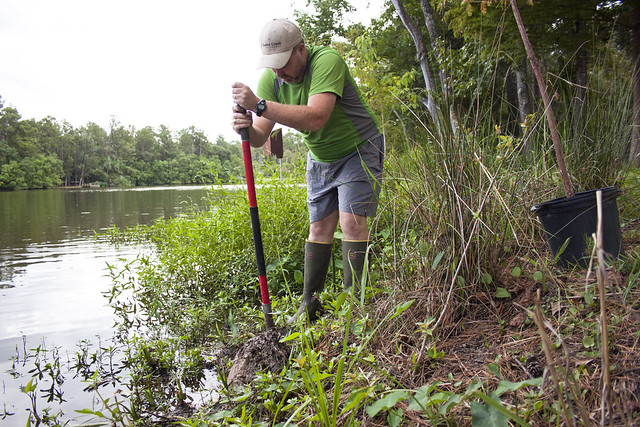 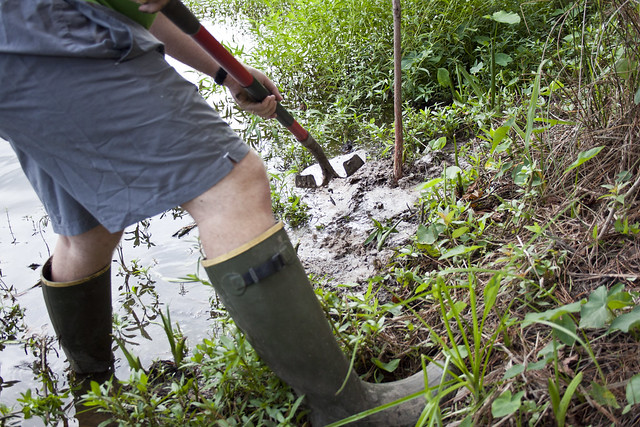 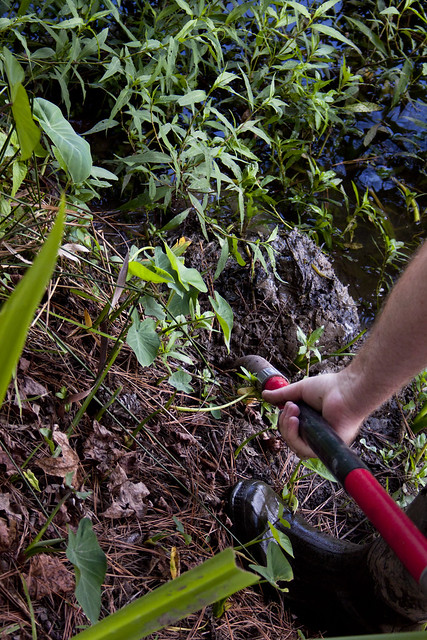 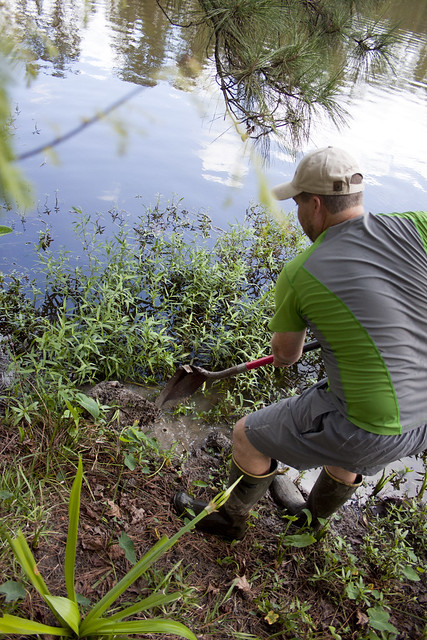 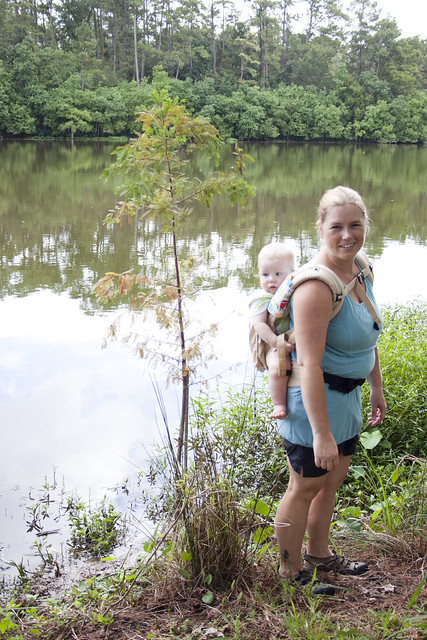 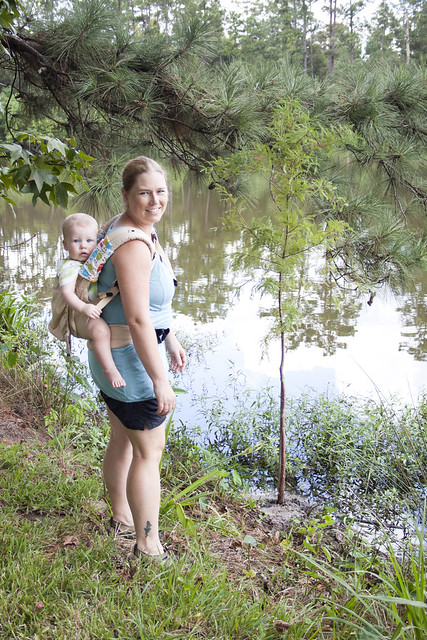 Chris has been working on the shoreline of the pond in front of our house lately. Elephant ears have taken over the shoreline in many areas of the pond, particularly where people aren’t maintaining the shoreline as much. We tend to keep our shoreline wilder than many others but that has meant letting the elephant ears get out of control. A year and a half ago Chris worked on knocking them back on the south side of the pond but the north side remained. That area has since gotten overgrown with elephant ears and they have choked out some of the other plants we’ve put down at the shoreline. Chris got out there a few weeks ago and knocked them back and is even target spraying some of them when he can. It will be a hard battle to fight, one that will take a few years I’m sure.

In the meantime, we’re working on planting a few more stabilizing trees down there. Bald cypress trees can be hard to come by at times but we were able to track a few down at Shades of Texas on Forest’s birthday and we planted them that afternoon. Hopefully they will take off like the others we have planted over the last few years.