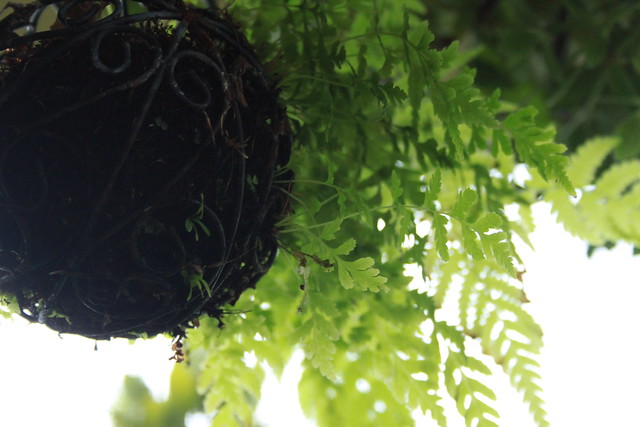 In My Head
I’m thinking about how fast we’ve sped through September already! I am also thinking about how glad I am for the Autumn Equinox. I’m finding that so many people have latched onto loving Fall in the last few years. There’s just something about the light and the colors that make it a magical season.

I decided to go through my archives and pick some old posts from the last five years from September. It was fun to go down memory lane:
2010:

Watching
Still not a whole lot. I debated getting back into Big Bang Theory this season and did jump into it the other day. After not watching much tv the last three or so months it is a little overwhelming/overstimulating to see commercials and general tv. Still waiting for Homeland to debut in a week or two.

I did end up watching part of that movie Tiny on Netflix one day. I never finished it as I kind of lost interest.

Cowspiracy has been on my radar for the last several months and I did end up watching it on Netflix. I definitely recommend this one as it touches on veganism/vegetarianism on an environmental aspect in regards to water and land use in agriculture. After watching it I did my typical delve into the internet to read about it and to also see about opposing viewpoints. A few years ago I became interested in permaculture and listened to a lot of podcasts and read a lot of blogs about the subject, and overall I generally like the principle. Around the same time there was a TED talk going around by Allan Savory about using grazing animals and how they can restore habitats. Initially the talk captivates you and it all sounds well and good. Until you think on it a bit more from an scientific standpoint. I had a lot of problems with this theory because a lot of permaculturists have latched onto this but I don’t think they quite get that local ecology and local ecosystems might not be well suited for grazing and thus try to apply permaculture principles/theories to habitats that aren’t built for it. The movie did touch on Allan Savory a bit. The guys in the movie were also on the Rich Roll podcast recently and delved a bit more into Mr. Savory, talking about meeting him and actually being invited to his home in New Mexico. The whole thing is a complex issue. I do recommend watching the movie, though. It offers a differing viewpoint on the thought process behind being vegan/vegetarian with less of a focus, though touched on a bit, about animal welfare and more on impacts environmentally.

Since I was on a documentary kick I ended up watching Miss Representation, a movie I saw previews for about four years ago. This movie discussed issues regarding sexism in regards to women, blatant and covert, in our media. The more I watched the more I was happy I am not watching a lot of tv right now. I mean, none of this is news, sexism towards women, or the fact that overall in this world we live in a patriarchal society. Just a good re-focus movie if you want need a little bit of a reality check.

The final documentary is Stories We Tell. I love Sarah Polley and when I first heard about this movie a few years ago I knew I wanted to watch it. I, of course, forgot about it until I went looking for something the watch the other night. Overall I really liked the movie, loved how she shot it—she did good with trying to replicate scenes and passing them off as home movies (there were real home movies interspersed). It actually took me awhile to figure out that a lot of them were replications. And of course it made me want to dig out my Road to Avonlea tapes.

Outside My Window
The light, I love the light this time of year. It is something to soak in.

In The Art Studio
Scrapbooking! I am finally scrapbooking again! Yes, lots of !!!! surrounding that. My photos came in the mail one day and the itching began so I got everything spread out on the table in the studio and I’ve been scrapping away. I have spent a few evenings over the last few weeks in there at just an hour a time, but it feels glorious to be using that space and to be creative again. I’m planning to do a scrapbooking post sometime in the next week.

I need to do some more clean-up in the studio but I anticipate getting back into painting/drawing later this Fall.

In The Garden
Chris and I spent two hard weekends, really it was a total of about four hours between two weekend days over two separate weekends, completely weeding the vegetable garden. Chris has spent another probably two hours tilling in compost and then spreading mulch over the beds themselves. Our weekends are full for the next month so he is trying to go early in the morning to get mulch during a weekday and then spreading it out in the evenings. I’m just glad that space is usable again.

Reading
Same as I was reading in July, but I did start Wild. I am making progress with Wild but since I read it before bed I end up getting sleepy rather quickly.

Drinking
+Kicking Horse ‘Bear Claw’ coffee in the mornings once again. I had a bag of Cinnamon Dolce Starbucks but just finished that. I love Kicking Horse, though. Thanks Elizabeth for getting me into it!

+In the afternoons at work I’ve been sipping some hot tea. Usually chamomile, decaf chai, or my Mother’s Milk tea.

Loving
+A new self-supported/unsupported Appalachian Trail thru-hike record has been set and smashed by Heather Anderson aka: Anish with a time of 54 days 7 hours and 48 minutes! The previous record was by Matt Kirk in 2013 of 58 days 9 hours and 42 minutes. Now all that is separating a supported record and an unsupported record is 8 days! I think it will be a few years but I do think someone out there will attempt to get this even closer. Chris and I talked a bit about that 46 day record for a supported hike and how Scott Jurek only bested Jennifer Pharr Davis by a few hours, that beating that 46 day mark is going to be tough. In essence, all ducks need to be in their proper rows while at the same time the stars align perfectly. I like Anish…she’s a badass.
+ Matrimoney podcast. I have listened to Kelsey on her other podcast, The Girl Next Door, but this one is with her husband and they talk about money and marriage. They have an aggressive goal of paying off their mortgage in about five years. Lots of interesting advice and discussion in this one.
+Seriously lifting weights again!!!
+Being more serious on potty training Forest. I’ve been getting him to use his little potty lately, first thing in the morning and it is working. Slowly, but working! In fact, #1 and #2 is being done on it! I’m so thrilled about this and very glad I started casually doing Elimination Communication when he was a month old.