It had awhile since we had done any out of town weekend trips. Chris’ birthday was last week and I had been pressing him for a month or so to decide where he might want to go. When we were living in Florida we started taking weekend trips on occasion to little areas of Florida just to get away. Most of the time we would head to the west coast, usually around Sarasota but sometimes we’d go to Sanibel or Ft. Myers. We’ve been back in Texas for five years now and have tried to continue doing similar trips when we can, however we usually head to the Hill Country instead of to a beach.

We hit up the Austin area once again but didn’t really delve into the Hill Country proper, west of Austin, staying just east of town or within the city area itself. Our first stop was McKinney Roughs Nature Park owned by the Lower Colorado River Authority. The property abuts the Colorado River just west of Bastrop. As their website notes, the habiat is a mixture of “Post Oak Savannah, Blackland Prairie, East Texas Piney Woods, and a riparian zone”. It’s definitely at the change of ecoregions!

When we arrived at the park we saw that there was going to be a running trail race but it did not interfere with our ability to explore the trails. Chris had researched the park before and knew that there was a 200 year old pecan tree back towards the river that he wanted to see. We made that our first stop of the morning after visiting the Visitors Center to pay our $5 per person entrance fee and to sign-in. The Visitors Center is really nice and has several aquariums set up for display. 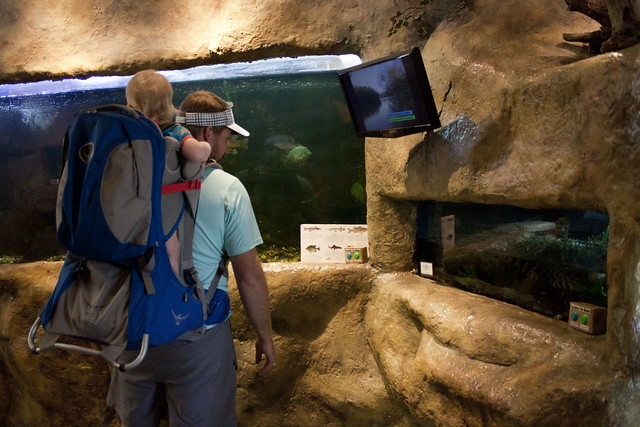 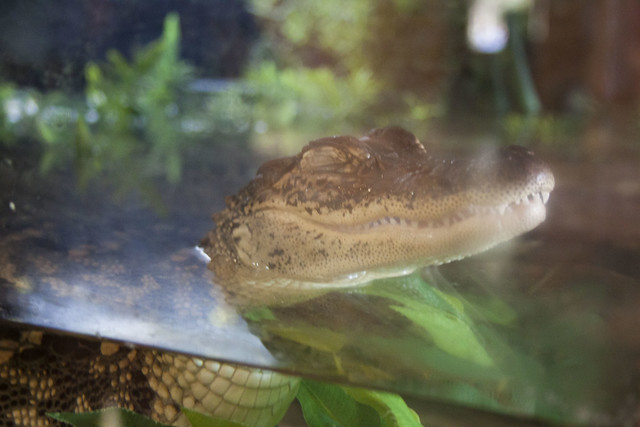 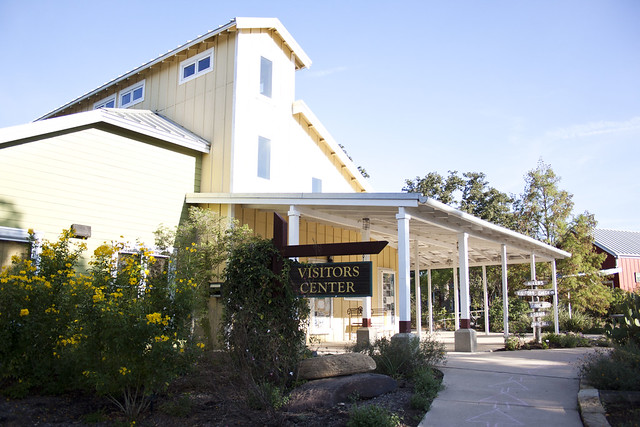 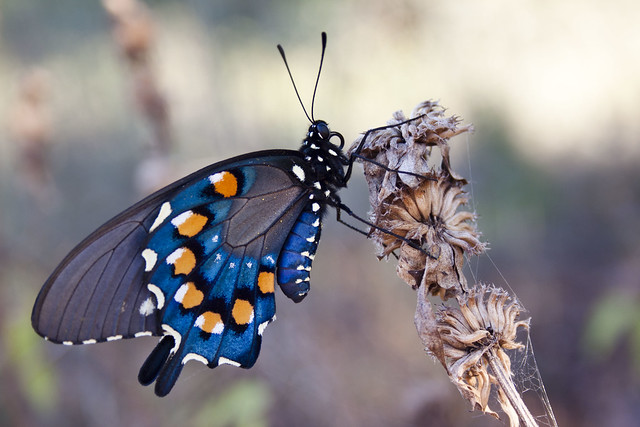 It was our first ‘brisk’ morning of the season and definitely not warm enough for butterflies to be flitting about quite yet. I was able to get some good shots of this pipevine swallowtail butterfly. This was a great guide to help distinguish which swallowtail the butterfly was. 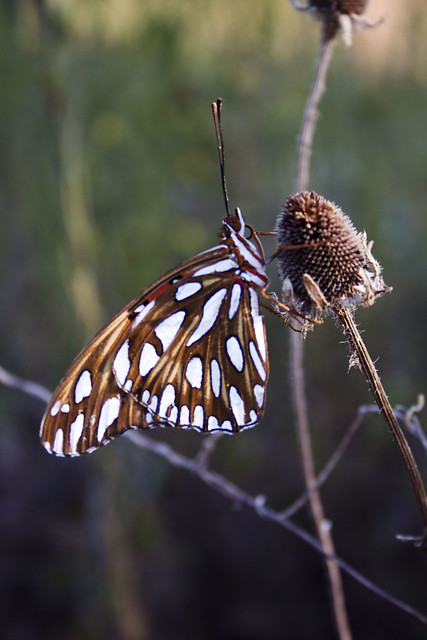 The pipevine swallowatail was in good company with its friend the Gulf frittilary butterfly. 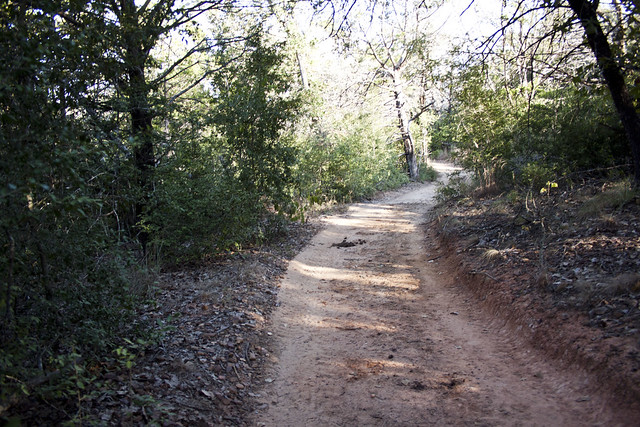 Many of the trails in the park are multi-use, meaning they are open to horseback riders, too. Therefore, we found most of the paths quite wide and graded well. 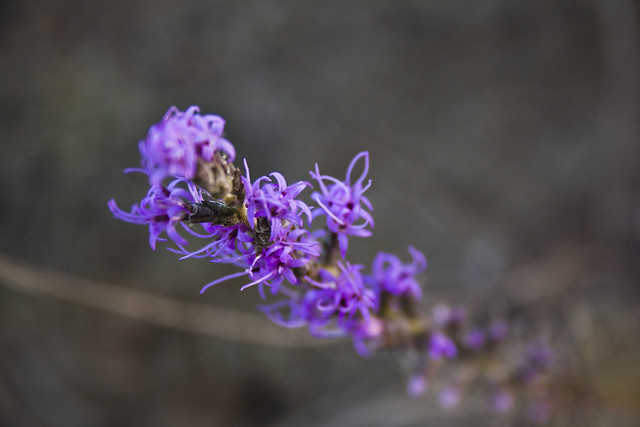 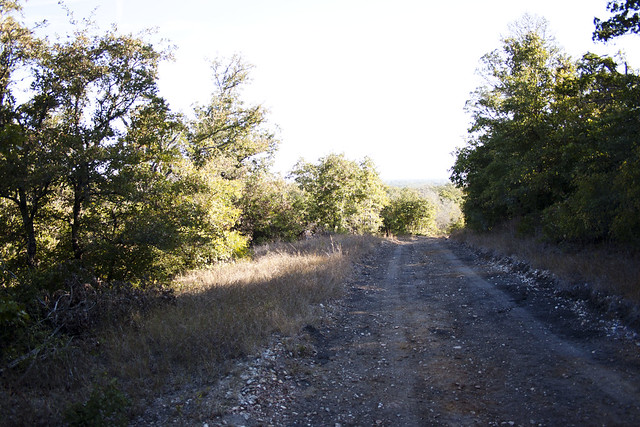 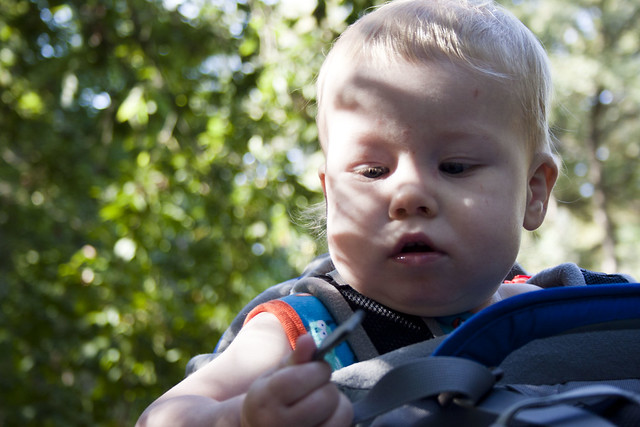 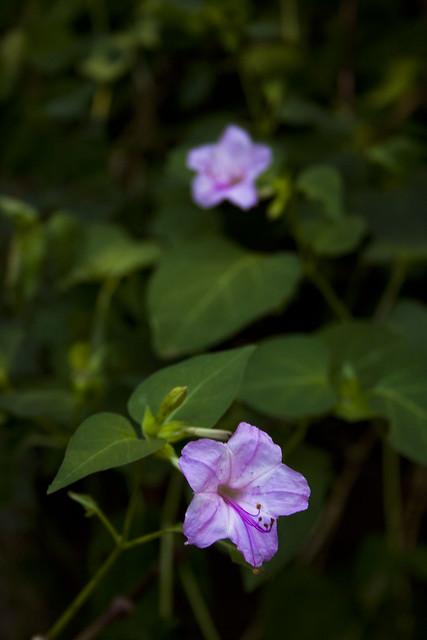 Nearing the back of the park, close to the 200 year old pecan tree, we came across these 4 o’clocks. Just Googling around I didn’t realize there were some Mirabilis species that are native to the U.S. I was more familiar with M. jalapa, the common garden variety. Frankly, I still think this is the common variety but if anyone out there can tell me otherwise that would be great! It would also be great to know that some random 4 o’clocks (that are kinda aggressive!) aren’t in a natural area like this. 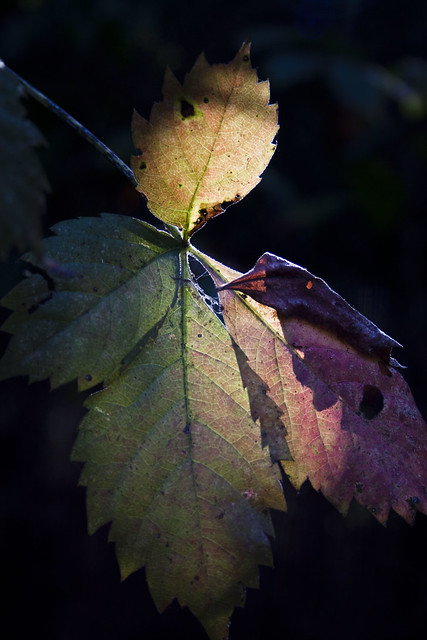 Our subtle version of fall color! 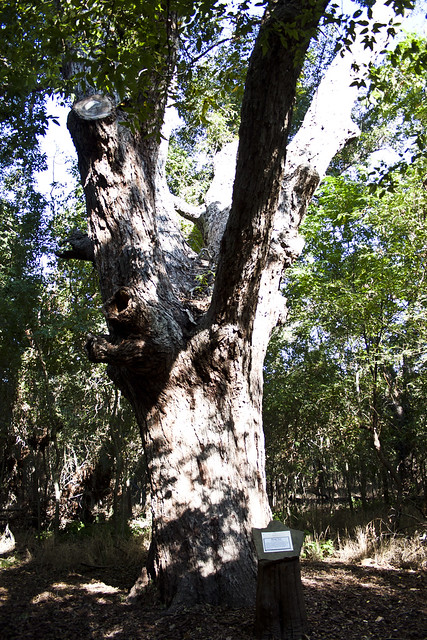 And finally to the grand pecan tree! 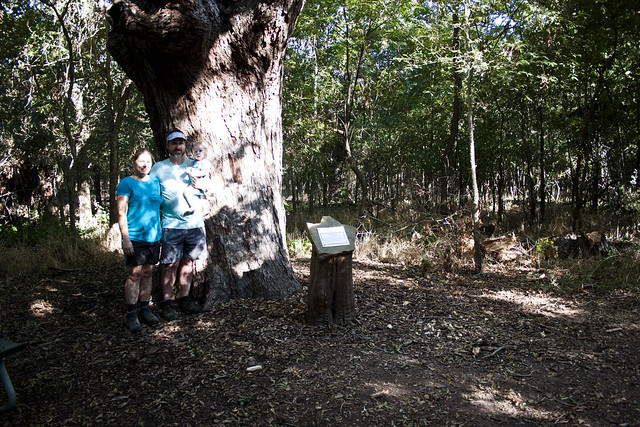 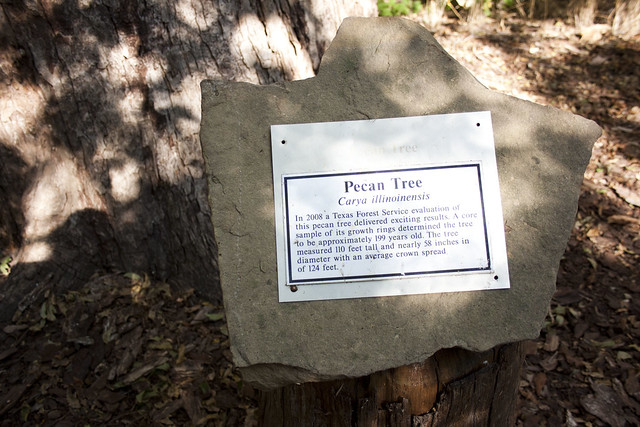 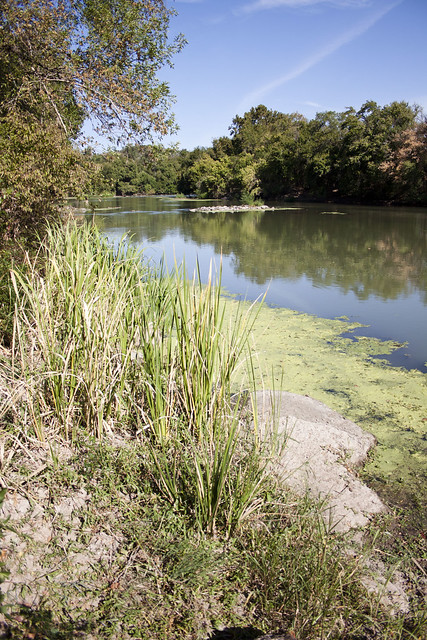 After visiting the pecan tree we traced our steps backwards for a bit before turning along the Riverside Trail where we paralleled the river for a little bit before jumping onto the Cypress Trail. The woman at the Visitors Center highly recommended that trail and judging by the name we were guessing that there would be quite a bit of cypress lining the trail. We saw a couple but not nearly enough to justify the whole trail as being named after the tree! Still, it was rather pleasant to get a few glimpses of the river. 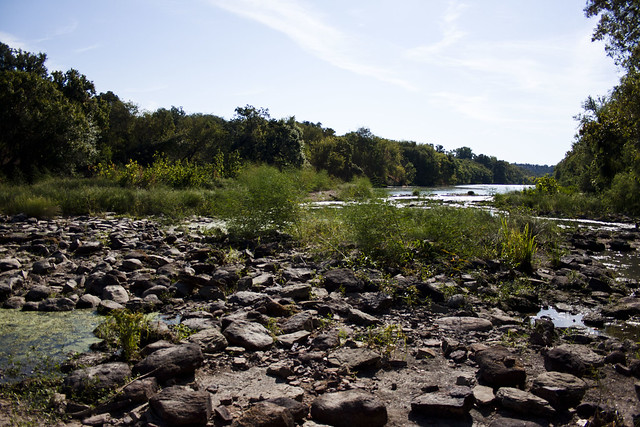 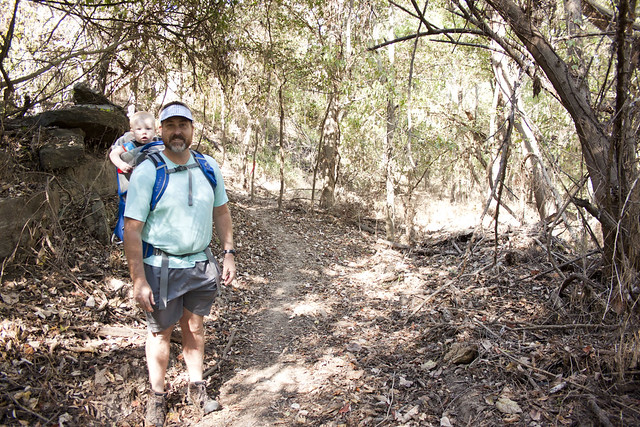 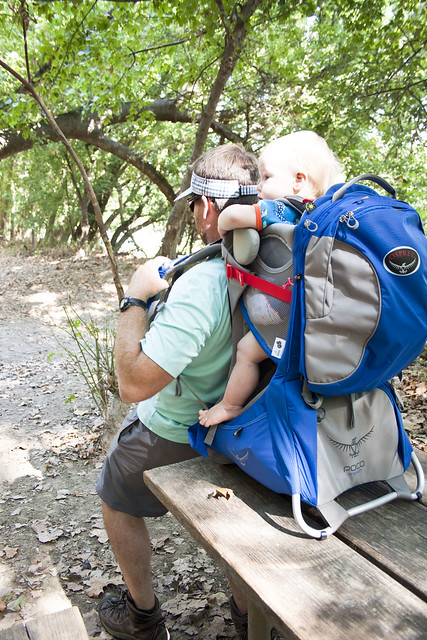 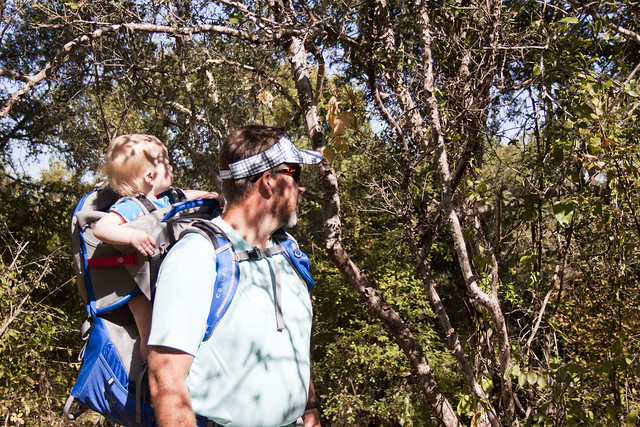 The trail slowly ambled up a steep cliff and changed habitats. We stopped to admire a few Texas persimmon trees. 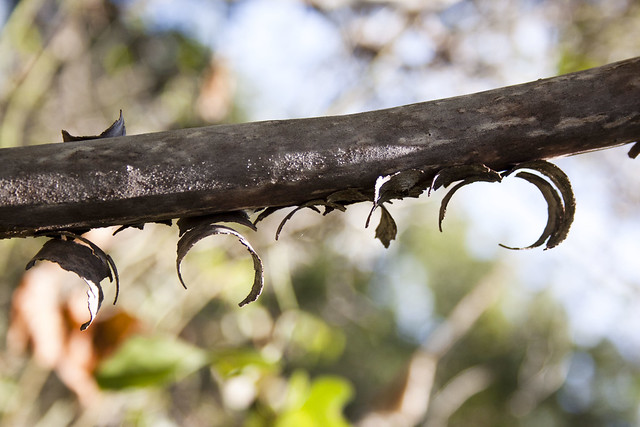 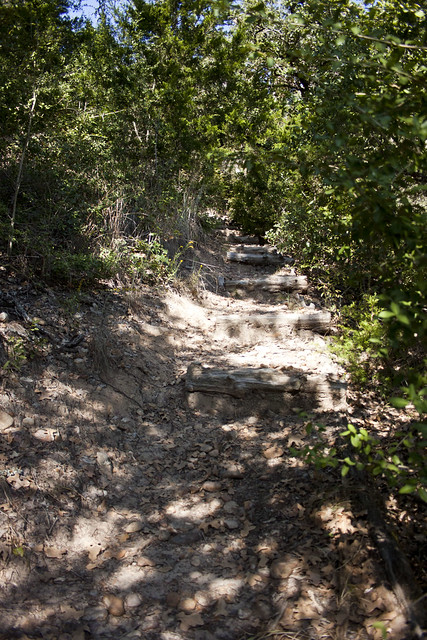 Finally we decided to cut back over a ridge and catch back up to the Riverside Trail as it was getting close to lunchtime. It would have been nice to check out some of the other trails back to the east. Maybe next time! 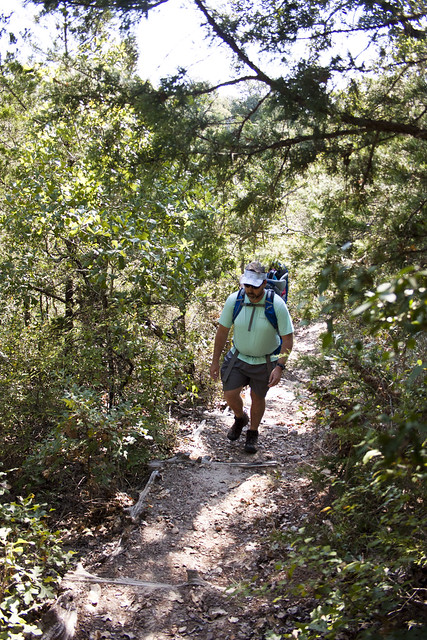 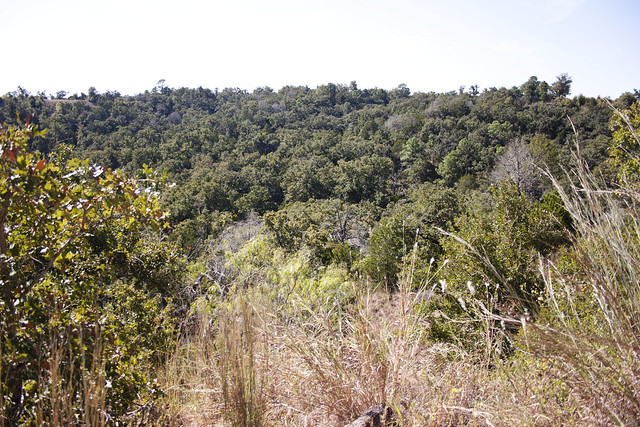 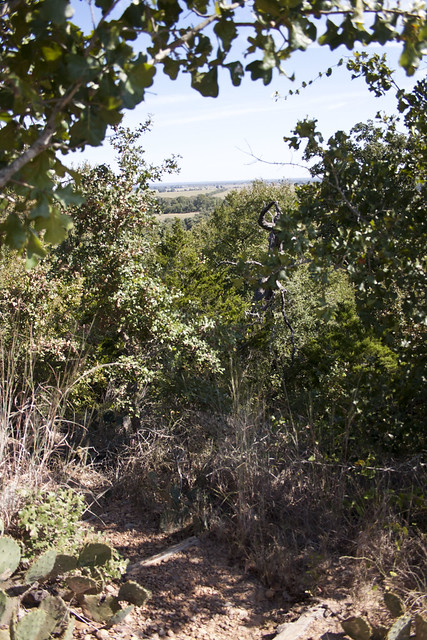 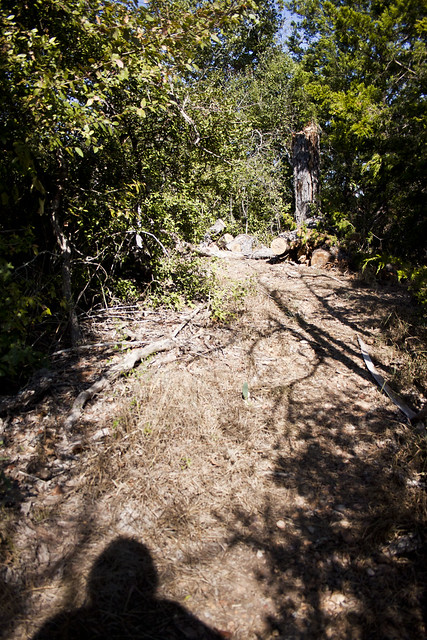 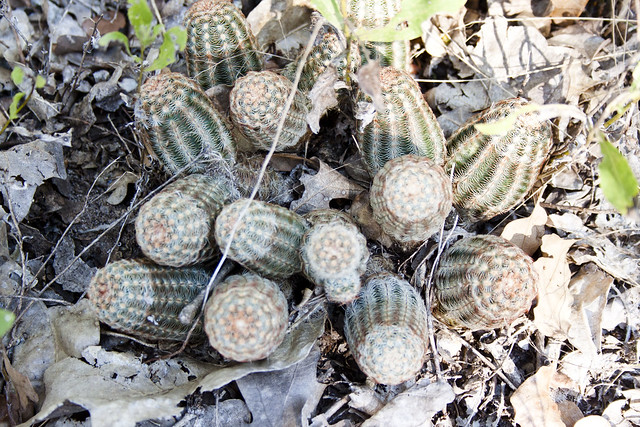 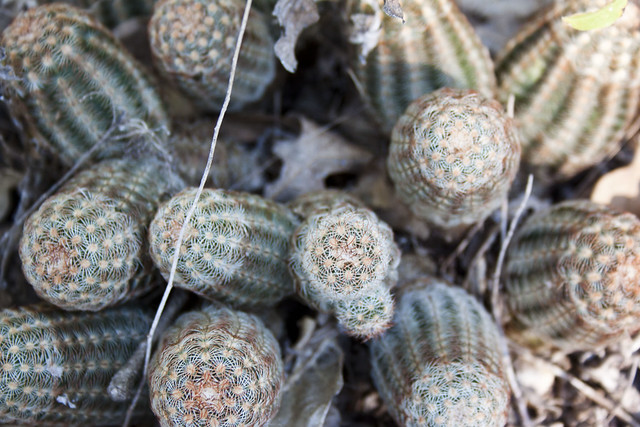 I was really pleased with this park and will definitely visit it again. If you are heading to Austin from the Houston area and are going through Bastrop, it is worth dropping in and hiking on the trails!