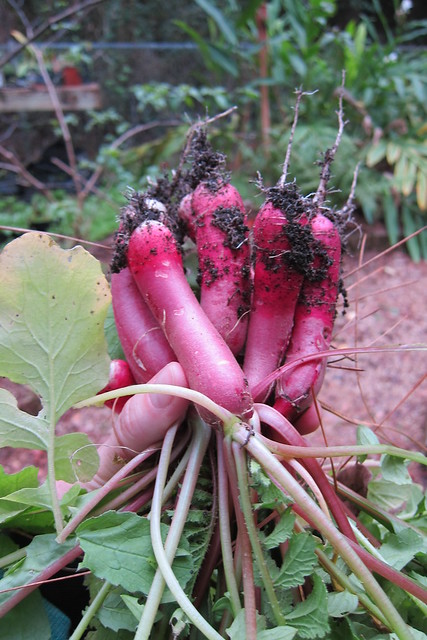 It’s taken awhile but I am slowly feeling like I can begin doing my old kitchen experiments once again. I may not be getting wild hairs on a Friday night at 8pm to make homemade pasta (done it!) but I feel like I can tackle some small projects in the kitchen once again. Suffice to say, the last 15 months have been hard, the first 9-12 months of that the roughest. An adjustment period. Some of the more curated blogs and social media sites are very great about depicting the ability for a new mother to keep up with her old ways, or even a mother with a new baby and several other small kids at home, but the messy side is hardly ever shown. The tears, the feeling of being rushed to accomplish some big goal, instead of being able to enjoy it, the frustrations, and the feeling of losing oneself…you don’t see that. 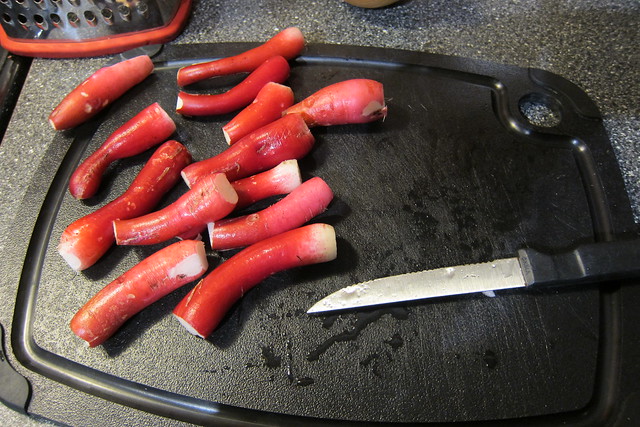 Chris, thankfully, stepped into the role of chef for most of these last 15 months. This was mostly due to Forest’s need to nurse as soon as we got home from daycare each evening. For months and months, until he was probably almost 9 months, he would take forever to nurse and then he would fall asleep as, usually, would I. Chris would make dinner and then after I would do the dishes. I don’t mind doing dishes, I honestly almost enjoy the satisfaction of getting the dishes washed and either loaded into the dishwasher or put into the other side of the sink to wait for loading. But, Chris’ chef hat was getting worn down and so I’ve been pitching in here and there when I can. I still opt for easy because there’s no time for frou-frou stuff at the moment, aside from weekends. And weekends, well, half the time we’re off doing something and still come home needing something easy. 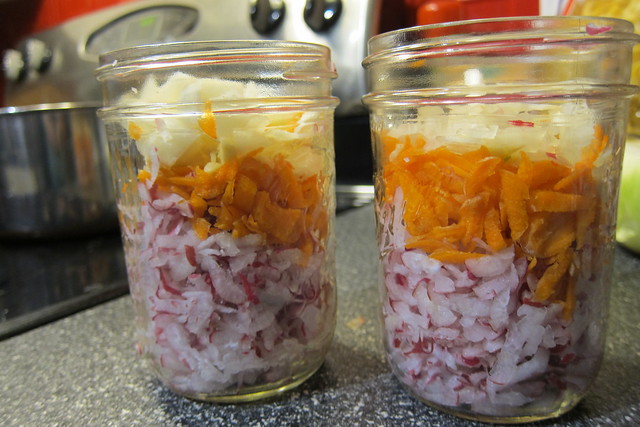 I planted a lot of radish seeds back in October and most were beyond ready to harvest. I’m not a huge fan of eating radishes raw but I thought it would be fun to pickle them. Several years ago when we were still childless and had gotten back into gardening after being long distance backpackers/field workers without a home for awhile, we were canningaholics and canned so many pickles and jars of tomatoes that we never ate all of the stuff we canned. I even canned peppers…that went into the compost later. Yeah, we had a problem. 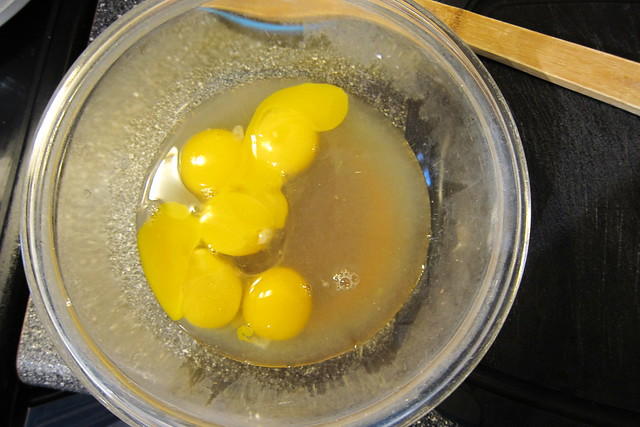 So, I had the radishes and shredded them up with some onions and carrots—those from the store—and pickled them in the brine that was my grandmother’s recipe. No sweet pickles for me, which is what many radish pickle recipes on the internet call for. After that, I had a hair to make lemon curd. We’d recently recieved a few lemons from two different people and weren’t going to be doing anything with them anytime soon. I’ve been putting store bought lemon curd in my morning oatmeal on occassion and thought that it would be a nice treat. Also, it seemed easy. Something exotic but attainable. 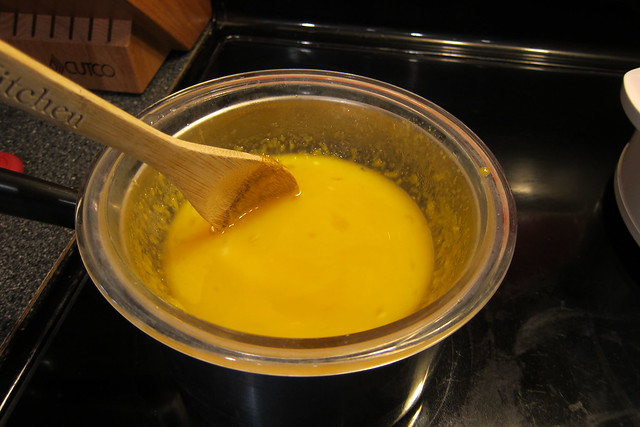 Best of all, I found a recipe that used honey. I put to use some of the honey from our hive. 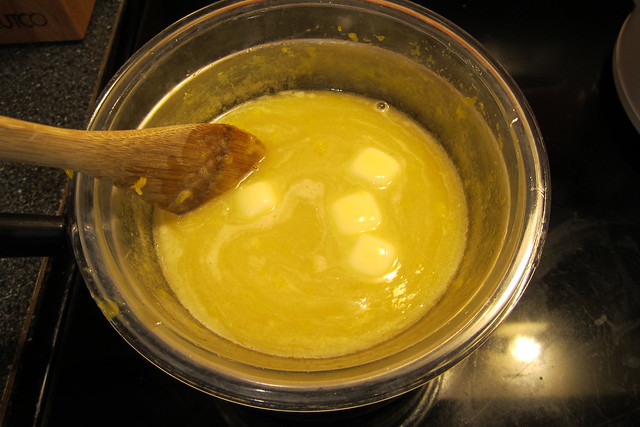 Five egg yolks, half a cup of honey, a stick of butter, and some lemon juice later, I ended up with lemon curd. Kind of. It certainly didn’t set like it was supposed to, though the blog recipe I followed suggested it might be runnier than a typical lemon curd made with sugar. 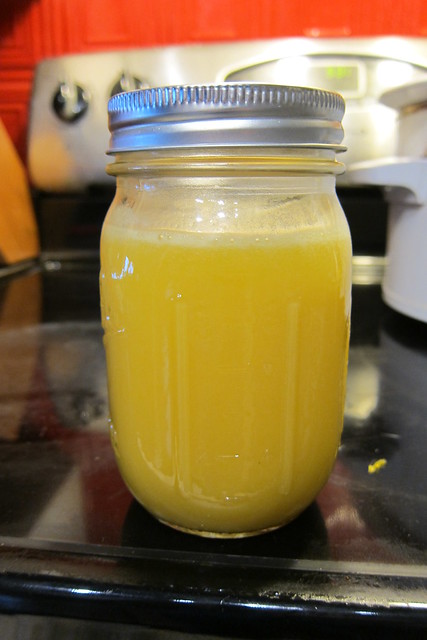 It did end up setting a little more in the fridge and I’ll likely have to freeze the extra to use at a later date, because that’s a lot of lemon curd!

The moral of this story is…life gets in the way sometimes but things start to come back. The urge to be how you used to be returns. While the wild ways you might have lived pre-child might not be there, for awhile at least, you’ll get glimpses of it. You might need the help of a cartoon or three, but you’ll get there in between all of the toddler maneuvering.

Coming up on my wild kitchen experiments for 2016: I got a bread making book for Christmas AND a mead making kit!! Bread and wine, y’all.

PS: Episode 3 of the podcast is out!

One thought on “In the Kitchen: Making”