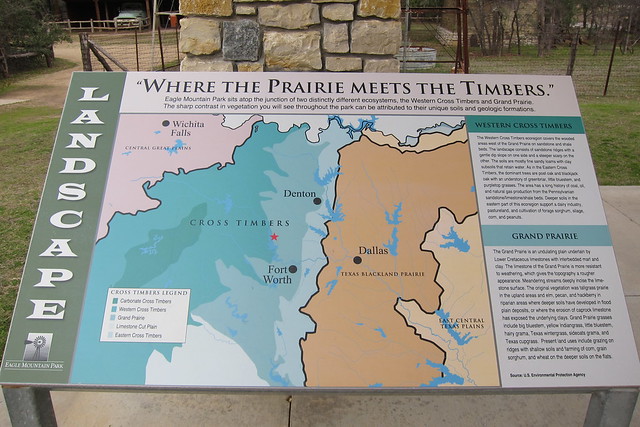 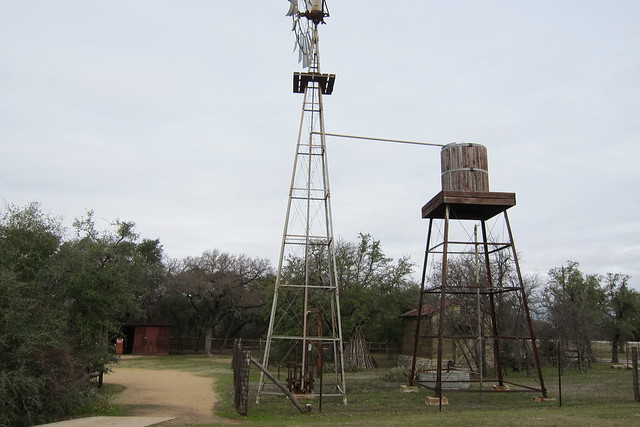 First Day Hikes have become more popular in the last several years, which is very good thing, however we weren’t able to get out and enjoy a hike on the first day of 2016. Chris and I had opted to go up to visit our families in DFW during the latter part of our winter break and that encompassed the New Years holiday. After being cooped up for several days due to various visits with family and cold weather, Chris was itching to go for a hike somewhere on the second day of the year. 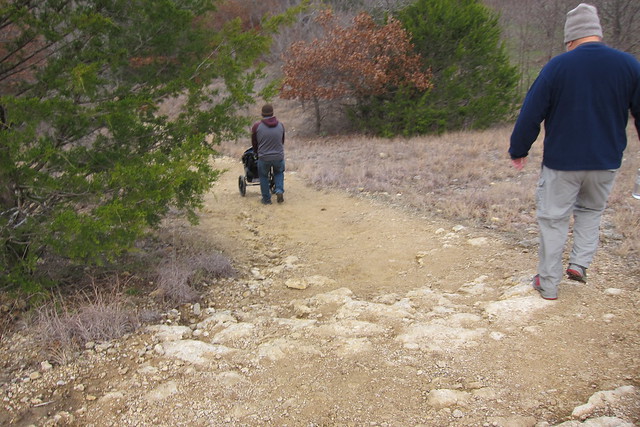 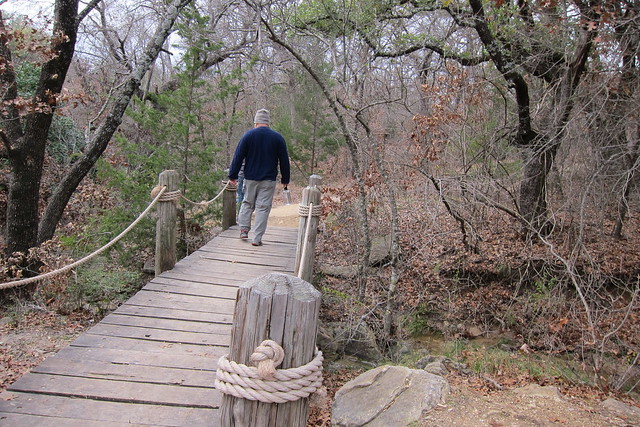 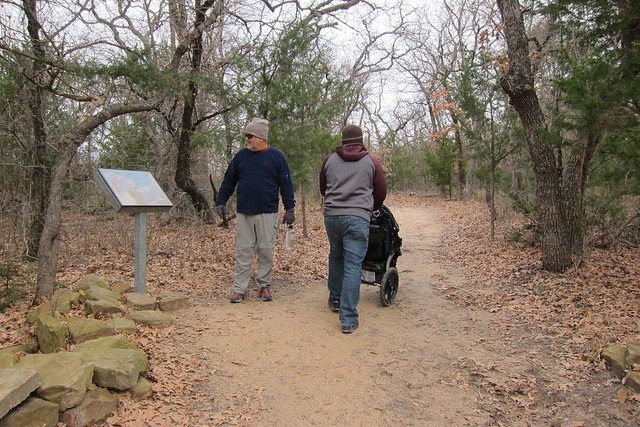 It was a rather lazy start to that Saturday, enjoying bacon cooked by my mom and a lot of playing being done by Forest. When Chris expressed interest in getting outside I wavered for a few minutes. I wanted to go but I also wanted to stay cozy inside. In the end my dad decided he wanted to go for a hike too, so the three of us and Forest went off to Eagle Mountain Park. When Chris brought up where to go hiking that morning, he asked if there was any state parks nearby. There weren’t and so we then tossed around our usual hiking suspects: Tandy Hills and Fort Worth Nature Center. My dad piped up with the Eagle Mountain Park suggestion, a place we’d not heard of before. A little Googling revealed plenty of trails for us to explore, so we gathered ourselves together and headed out the door. 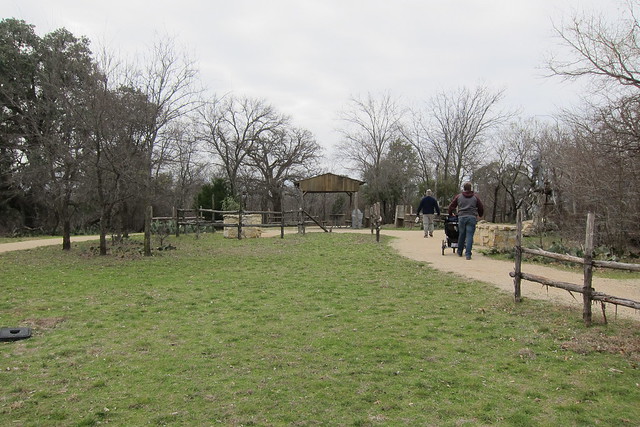 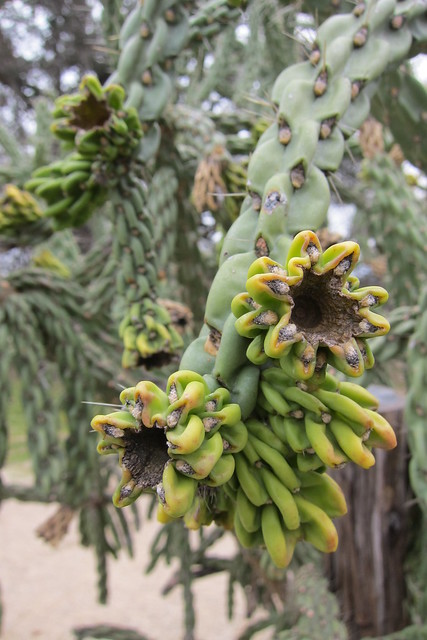 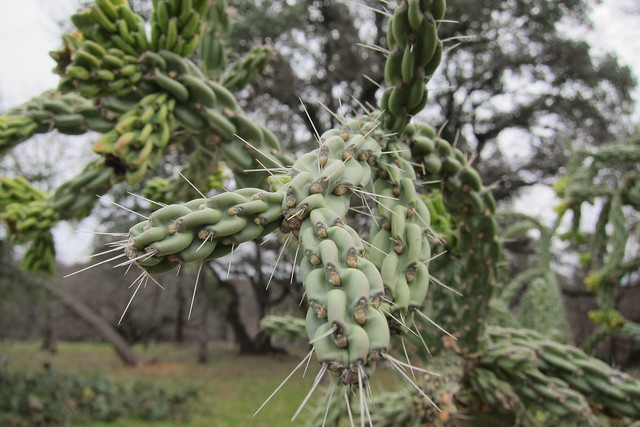 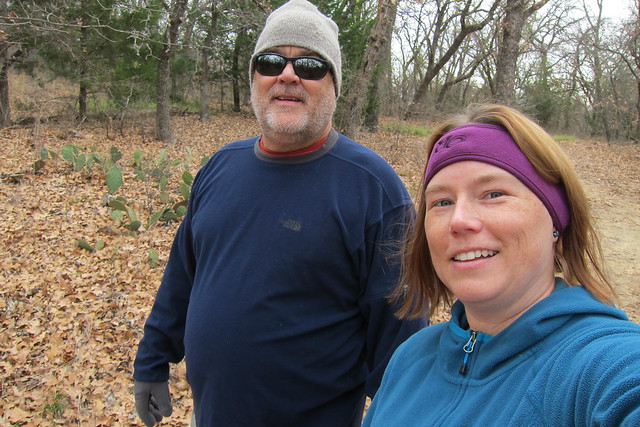 These days Forest has been going for hikes in the Osprey backpack instead of in a Bob stroller, especially when there is terrain involved. However, we’d taken the Bob to our family visits instead of the backpack, not anticipating any hiking adventures. Luckily the Bob is a semi-all terrain stroller because there was definitely terrain involved in our 2nd Day Hike. 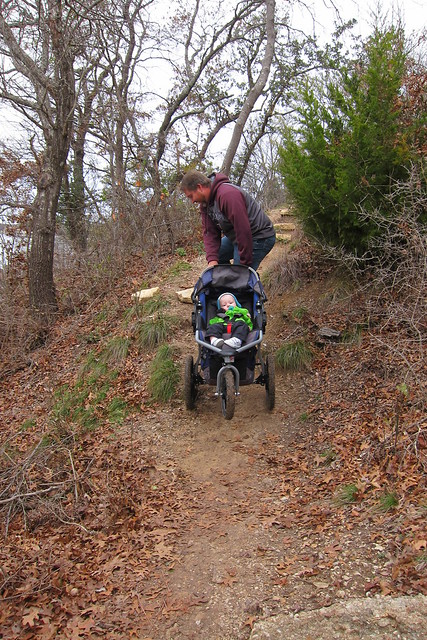 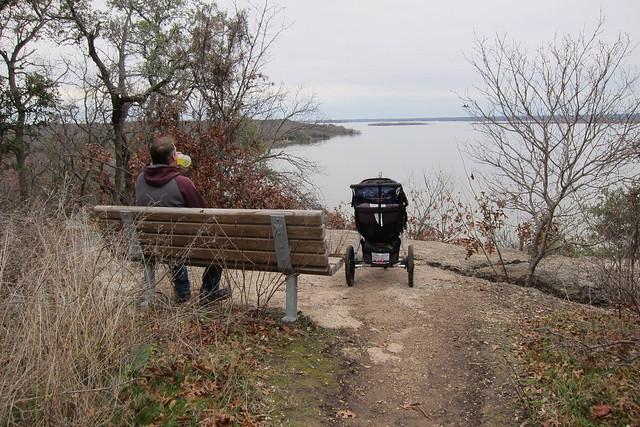 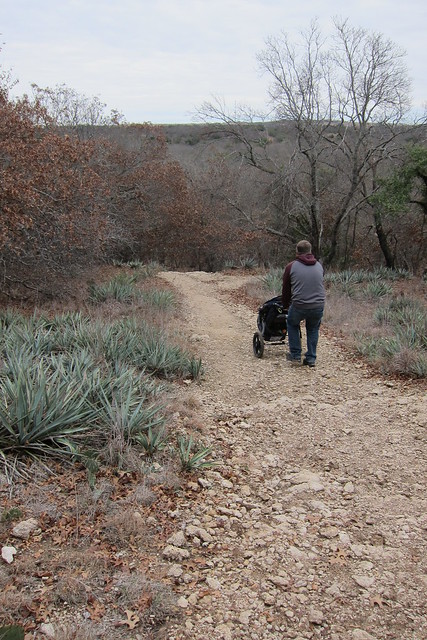 I may have written in the past about some of my ties to Eagle Mountain Lake and the area. The once mostly rural area northwest of downtown Fort Worth is quickly growing, and empty fields and ranches of my youth are quickly turning into subdivisions. One set of my paternal great-grandparents lived in the Azle area for decades, their house sitting on a hill that in winter provided glimpses of the lake. We visited the FW Nature Center on occasion, which is nearby, and spent many weekends growing up floating and swimming in the lake. As we were driving out to the park I mentioned to my dad that I’d remember a restaurant we used to go to that was on the lake, and shortly after I brought it up we spotted the blue building next to a marina. I remember it always having the tinges of vacation feelings when we went to that restaurant, looking out over the water and eating fish and fries. 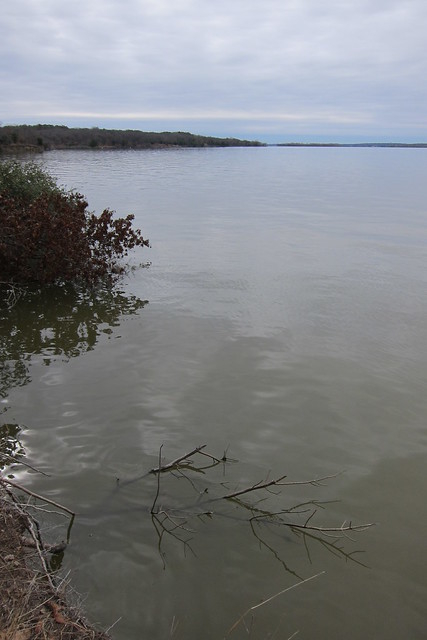 The park was quite busy when we arrived, which was a little surprising because it was quite chilly that morning. We peered at the trail map and found an approximately 3 mile out-and-back/loop that we could do. It was enough to get some cardio in but short enough for us to get back and spend time with the rest of the family at home. 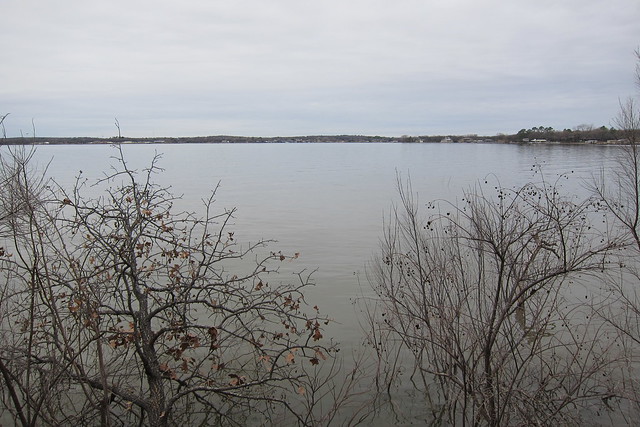 It was evident from the parking area and other scenes along the hike that this was an old homestead. Many buildings were still in place, falling down mostly. The trail were hard packed and well maintained for the most part, with some muddier areas. It was pleasant being out on the trail with my dad because it has been a long time since we’d done any hiking with him. Probably well before Forest was born. Forest did great and wasn’t even fussy, though he did protest his hat on many occasions, pulling it off just after I’d put it back on. The kid really loves being outside and is starting to notice his surroundings even more. We were in the garden the other day when a vulture soared by overhead, and he pointed up and said “Ooo!” I told him it was a bird and then corrected myself and said vulture. Might as well get him to know the real names at an early age!

On our way home from the park we took a different route home and I was still amazed at the development in that direction of town. The prairie is quickly being swallowed up. 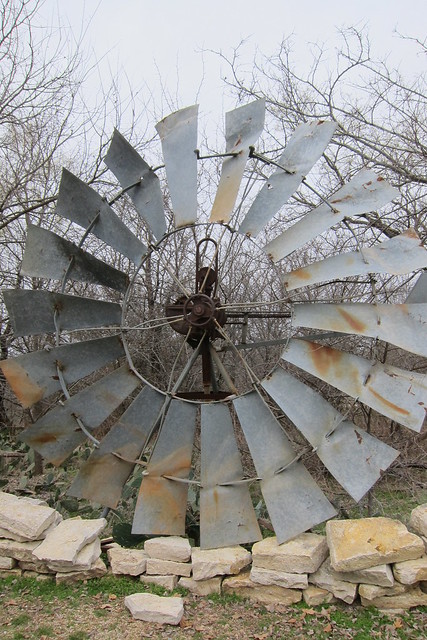 I’m glad there’s another park for exploration in the Fort Worth area and I definitely recommend it for anyone in Tarrant and surrounding counties!