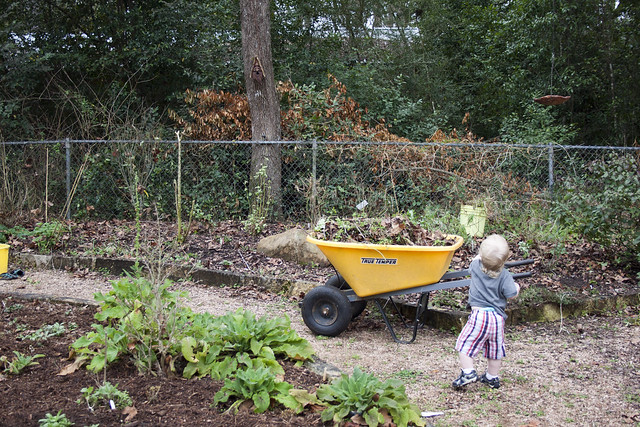 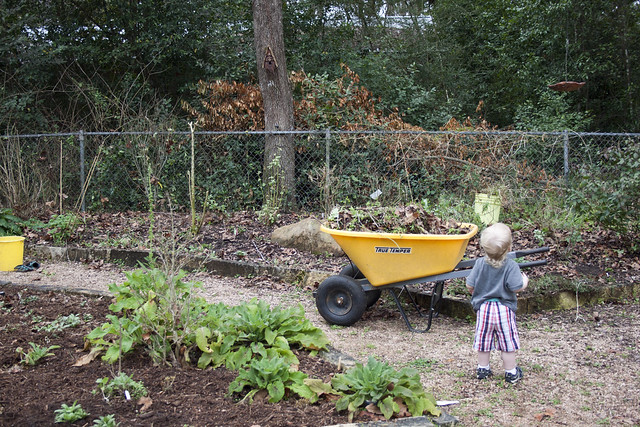 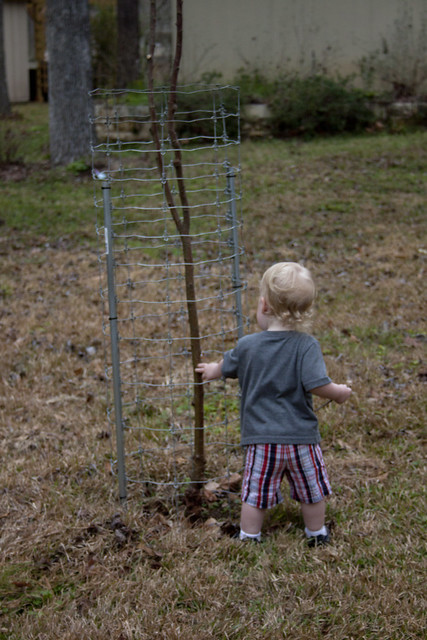 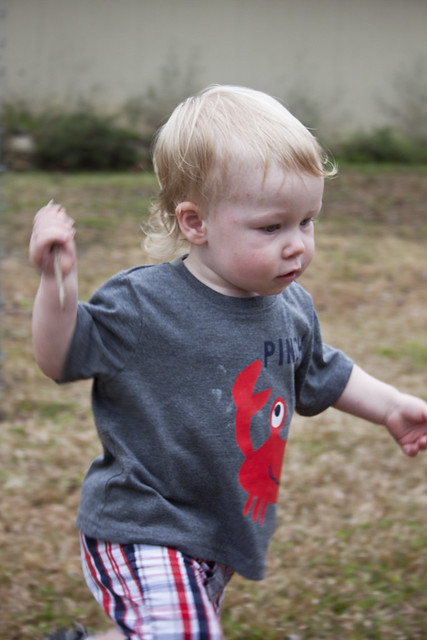 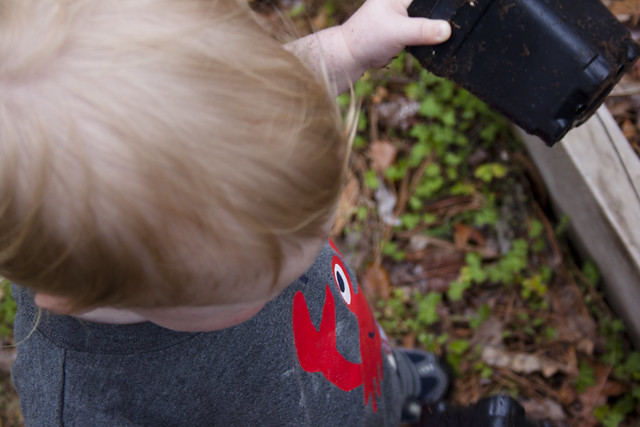 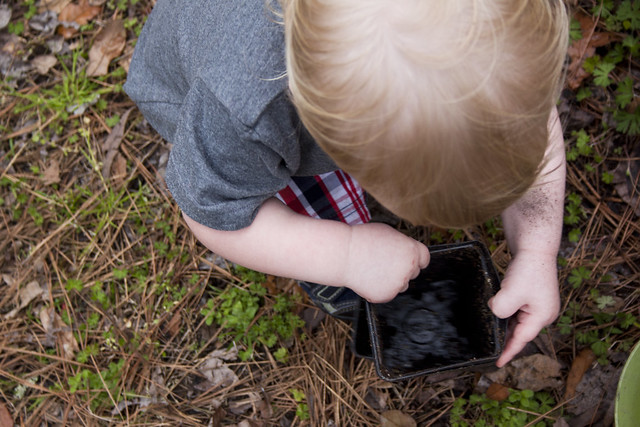 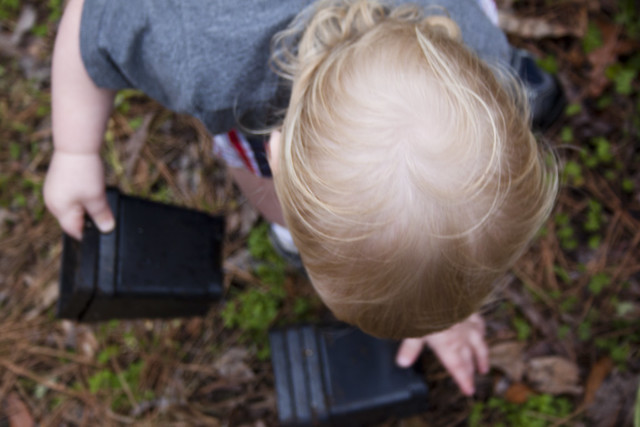 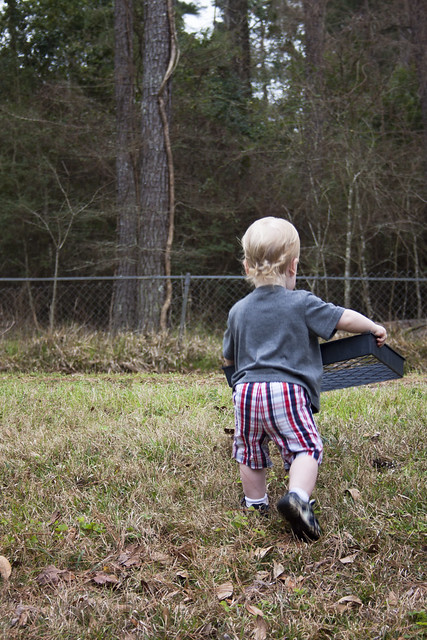 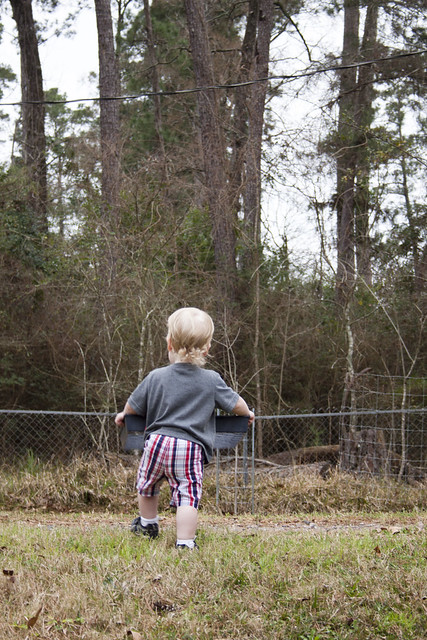 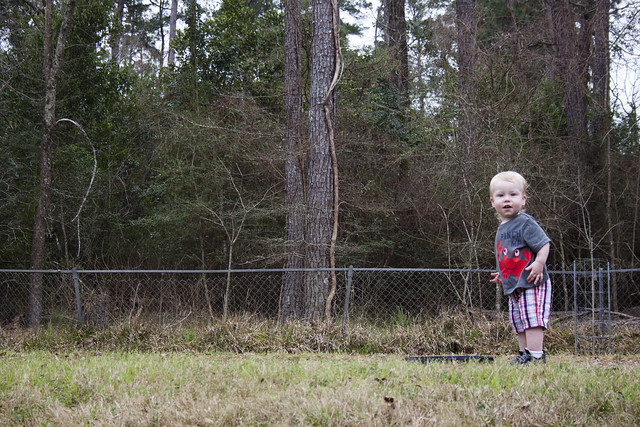 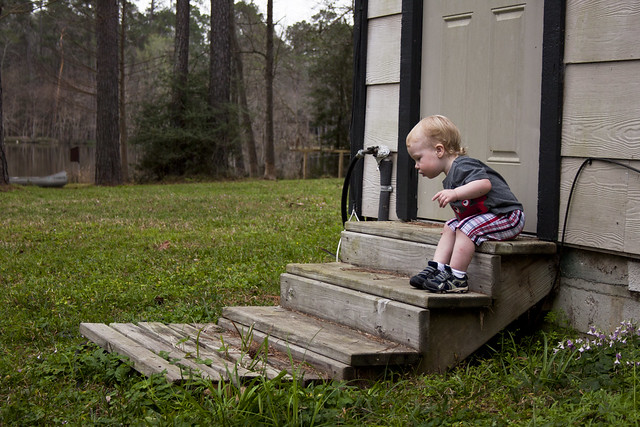 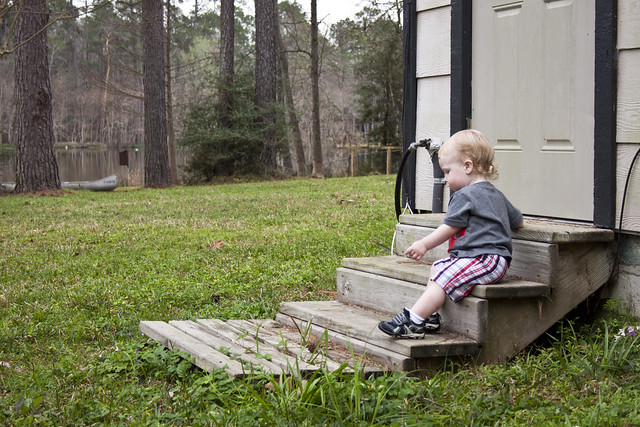 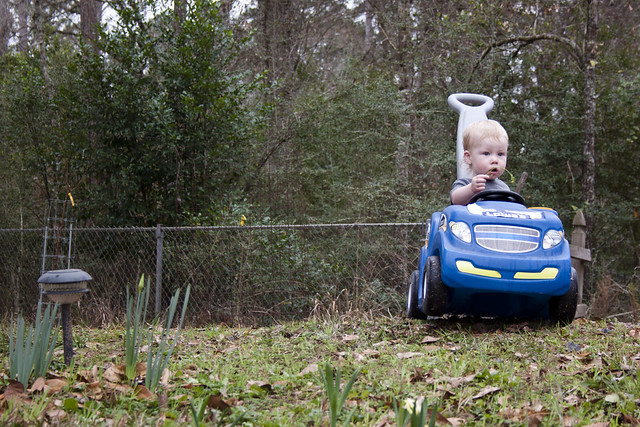 If you’ve been around a toddler for any length of time you know that they are hilarious and silly but also extremely exhausting! Forest is no different and pair that with his insatiable appetite for being outside (I wonder where he got that from??) chasing him around the yard will get anyone 10,000 Fitbit steps! His favorite things outside include looking up at birds and airplanes flying overhead, dinging the wind chimes, and pulling flowers! I recently identified a weed that is prolific here, Japanese hawkweed, and it is blooming right now. Forest wants to have a handful of its flowers if he sees any blooming. I’ve been pulling the plants from our beds so a lot of them are already gone which means he’s moved on to wanting actual flowers we’ve planted, ranging from daffodils to the poppy that bloomed the other day!

During week day evenings we try to sneak in a bit of time before or after dinner outside. When the time changes in a few weeks I’m sure we’ll be spending even more time outside before Forest’s bedtime and of course Chris and I will be outside after that, too.

Forest is only a few days away from being 18 months old! He’s a pretty awesome little dude!