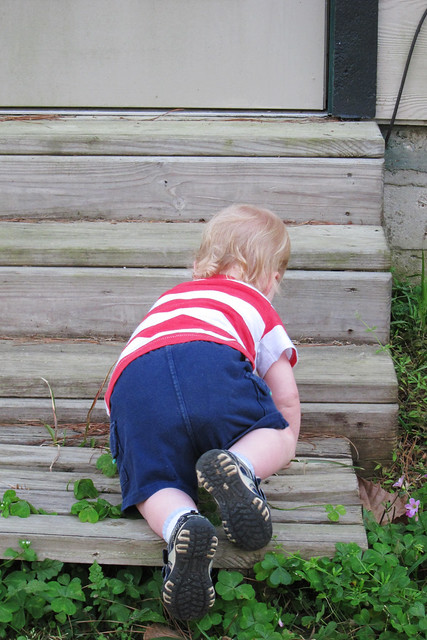 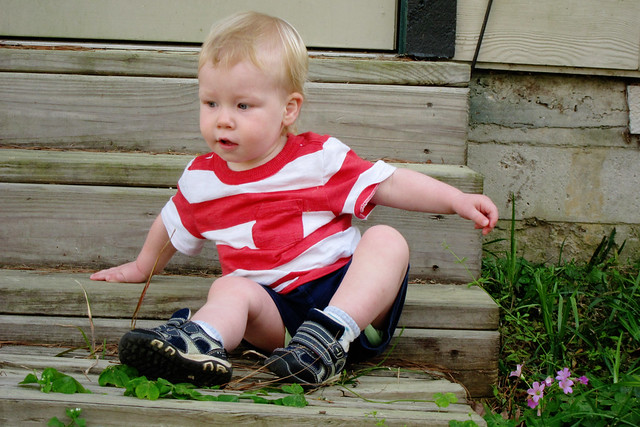 We’re deeply entrenched in toddlerhood. Except, when I look at Forest, I can easily see him as a little boy already. The baby-baby is long gone. It’s a fast and subtle change. It seems that every few weeks is a new transition, something that will throw us (and him) off for a few days until we get back into the swing of things. Most of that has to do with sleep…sleep is *hard* around here. 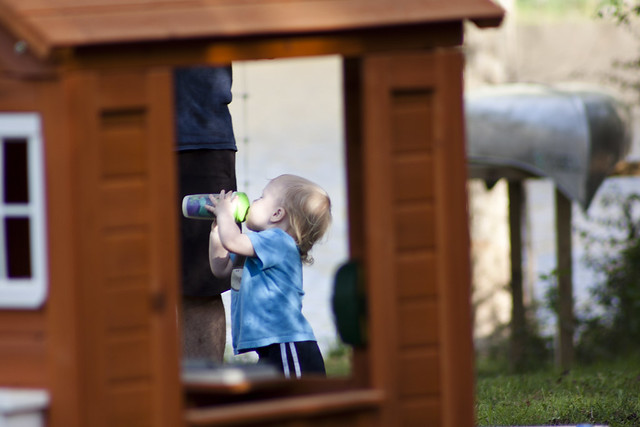 At his 18 month checkup Forest was 24 lbs and 9 ounces and 32 inches long. I knew he had grown a few inches since his visit in early December and I believe it was at least 2 or 3 inches. We’re into full-on tantrums but I’ve found that if you let him just get the tantrum out, usually it’ll fade off in a few minutes and he’s happy again. Or just change the subject and move on! He’s working on exercising his new found ability to have freedom and opinions and that’s what half of the tantrums are. I have an opinion and I’m going to express it! 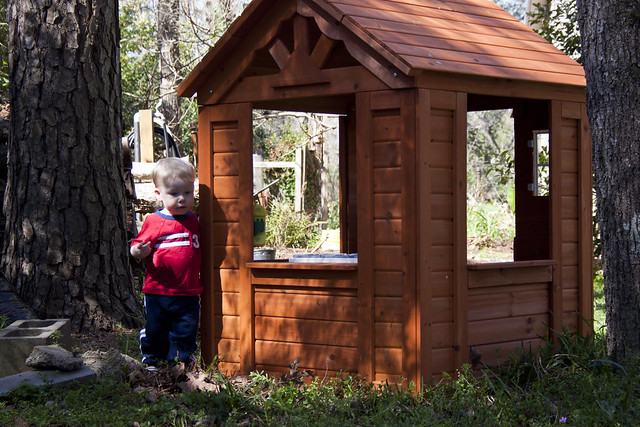 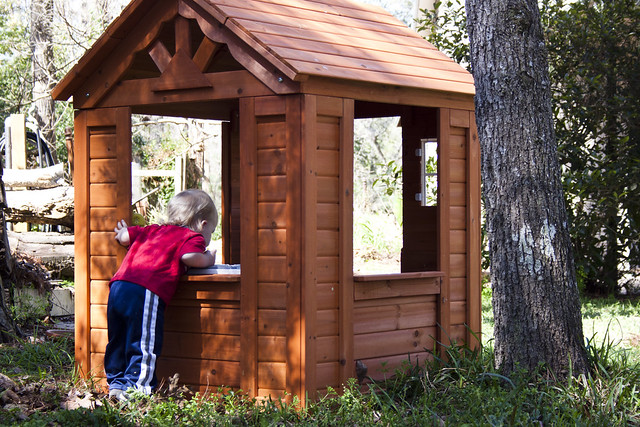 As for talking he’s still a really big babbler and isn’t saying too many words. He’s said a smattering of various words in the last six months but the most consistent are mama, dada, sometimes he’ll say mom, no, and night-night. In the last week he’s been trying to say bubble and puppy. I accidentally called him bubba one day, a tongue twist of trying to say baby and changing my mind in the middle, and he repeated it thinking I had said bubble! However, he may not use real words yet but he does understand just about everything we tell him. He will point to things and we’ll say the words to them or if we ask him where something is at, his favorite is his balloon and the light above the kitchen table, he’ll point to them. He’s also fond of pointing out the fans in the house. I think in the next few months the words will just start pouring out of his mouth and it will be a fun day when he starts doing that! 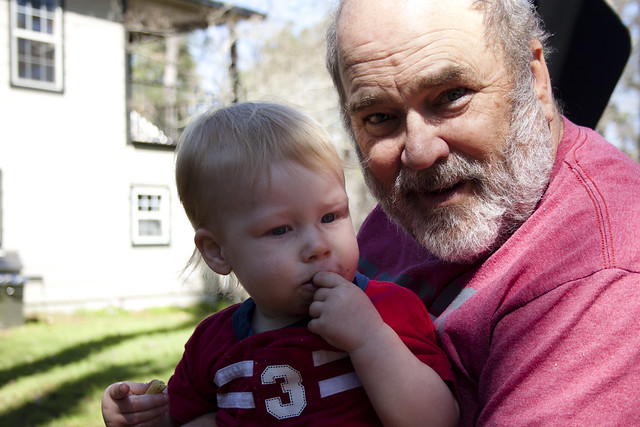 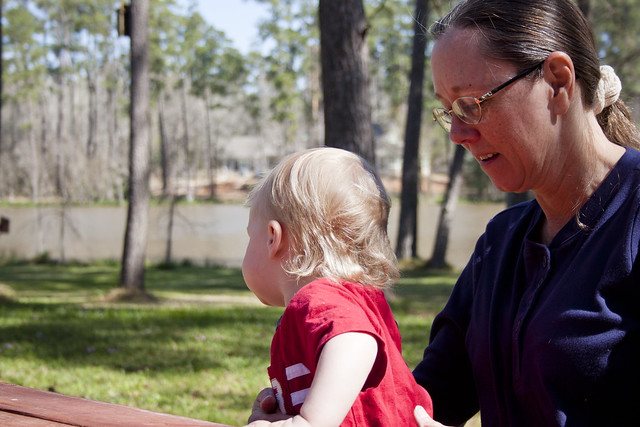 Food-wise, he’s turning into a typical toddler. We typically try to start by offering him whatever we’re eating for dinner, which depending on what that is he may or may not eat. Then we move onto something we know he will eat. He’s still nursing some during the day when I’m with him but we definitely stretch it out quite a bit. Sometimes if we’re sitting around the living room he’ll come up and ask to be picked up and throw himself to my chest and we’ll nurse multiple times in the course of an hour or two, but then other times we’re going 4-5 hours or longer if we’re out and about. Nighttime is still his biggest nursing time. *grumble grumble* on my end, there. 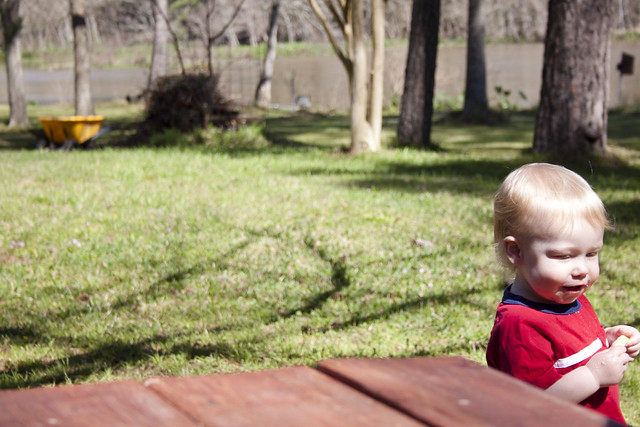 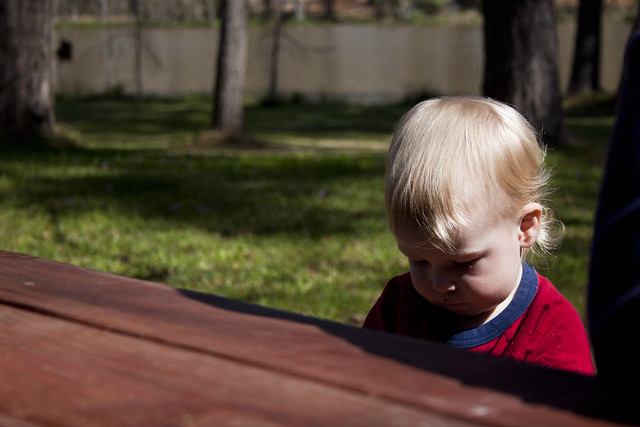 His attention span is definitely getting longer and he has no problems playing on his own for a long period of time, giving Chris and I a chance to relax on the couch or to do chores. We’ve actually not been doing much in the way of tv these days, except maybe on a weekend, but I have been showing him some crazy cat videos on YouTube sometimes. He *loves* seeing the cats fall in the water and run! Apparently, that’s hilarious! If he does watch tv we’ve been trying to put some more nature-type shows on for him to watch. Sometimes it’ll hold his attention and other times it won’t. I found the Brave Wilderness YouTube channel the other day and it has a lot of good, short videos that he really enjoyed. He *loved* the wolf video! 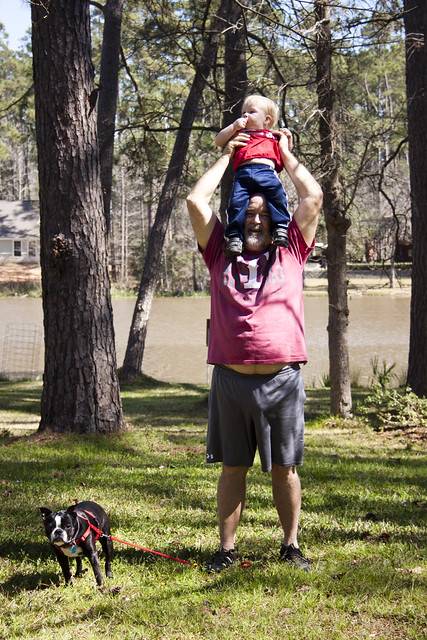 Forest still loves to read and has no problem finding books to sit down and flip through. We’re starting to be able to read to him incrementally as his attention span gets longer, but he mostly enjoys flipping through and looking at the photos. He was rambunctious one morning as we were getting ready for work/daycare and I sat him in his Elmo chair and handed him a book. He sat there and flipped through it for quite awhile; I had even gone outside (Chris was inside) to do a few things and when I came back he was still there, reading! Please, be a reader! Please!!!!

His most favorite thing in the world, though, is to be outside. Which is pretty awesome for us, but remember those tantrums? He does not like to come in when we have to! Forest loves looking up at the birds, finding flowers to pick, just wandering around…whatever. If it is outside, he’s happy! Now, to get him not to wander off every 30 seconds…

He does not like his socks and shoes on when he gets in the house but if he thinks he can go outside, such as if he sees one of us go out the door for whatever reason, he will go get his shoes, sit down, and try to put them on! He has definitely tried helping when I put his shoes on, latching the velcro and such. Clever little dude! 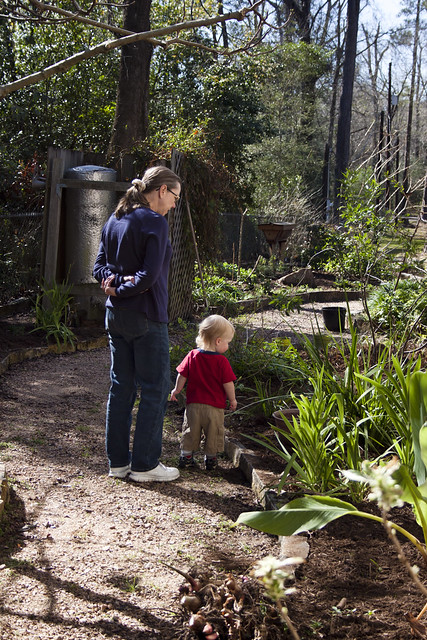 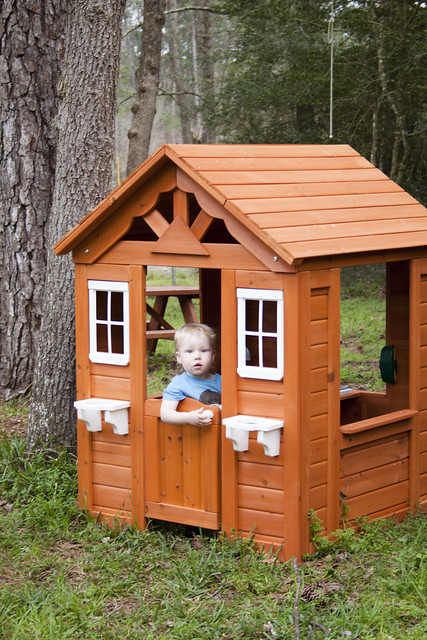 I briefly mentioned sleep, but sleep is definitely an issue. I did read that there’s a big 18-month sleep regression and it’s pretty rough. I figure that’s what we’re dealing with right now. I’m doing my best to be patient but it gets old when I’m sitting there with him while he’s trying to go to sleep in his crib. I mean, yeah, I’m reading on my phone but really, I’d like to be able to leave the room and get some other things done. Especially when the time changes, I plan to add some running into my evenings in addition to whatever gardening I want to do outside. And he’s still waking up in the middle of the night. Where it used to be that he would go back to sleep and I could put him in his crib; that isn’t happening now. He *knows* that I’m creeping away and sits straight up and wails. He may have actually been asleep, too. So frustrating. It’s insane because in early February we were actually getting a few times with one wake-up and then he’d sleep until 4 or 5 am, or even a few nights of pretty much sleeping through the night. I guess I’ll just ride it out like always. Oh…naps. Naps! Sometimes they are great, he goes down easy. Sometimes they aren’t. And I just give up, he doesn’t get a nap that day. I don’t know how daycare does it!

All in all, the kid is keeping us on our toes, making us laugh, and teaching us how to be patient. Forest is incredibly sweet and we love him so, so much! Leo…Leo might not be loving him so much now that Forest has figured out how to chase him! I think Leo’s getting a lesson in patience, too!