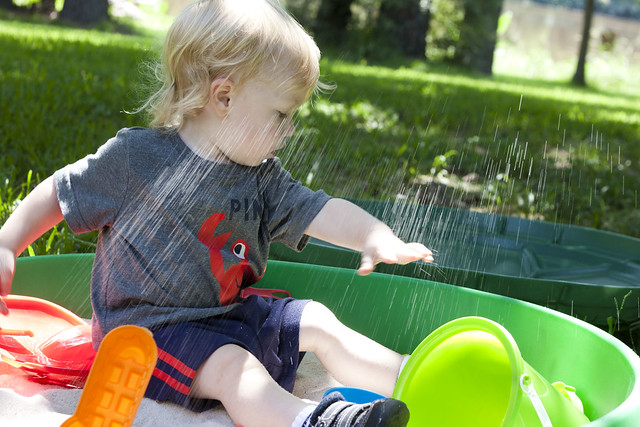 +In My Head
Not a lot, actually. Well, I take that back. A lot, actually, it just switches often. Let’s see if I can bullet point it…

+In The Art Studio
N/A

+In The Garden
The vegetable garden is slowly starting to function as a garden instead of a ground for growing weeds once again. I’ve planted out nearly all of the beds but there are spaces still available for other items. I thought my artichokes would rebound after the floods—we had lost one but two were holding on, however yesterday I noticed another succumbed to rot. I’ll need to replace those and possibly the third. It looks iffy. I would like to get some smaller bush beans, dragon tongue beans specifically, and more herbs.

The flower garden is slowly being weeded when I get the time between the vegetable garden weeding. Chris checked on the bees the other day and unfortunately we may lose the hive. The excessive moisture paired with not keeping up with the bees allowed the hive beetles to take over. All of the comb was mush and Chris removed it all and left the bottom board open so the hive beetles will leave. He was going to attempt to replace the bottom board and see if the bees would return but I suspect they will leave. This is definitely a bummer. Needless to say I’ll be hoarding the remaining honey we have and probably not making mead with it.

+Reading
A whole bunch of nothing. I started a book a few weeks ago but haven’t been reading this month at all. I may return to reading soon.