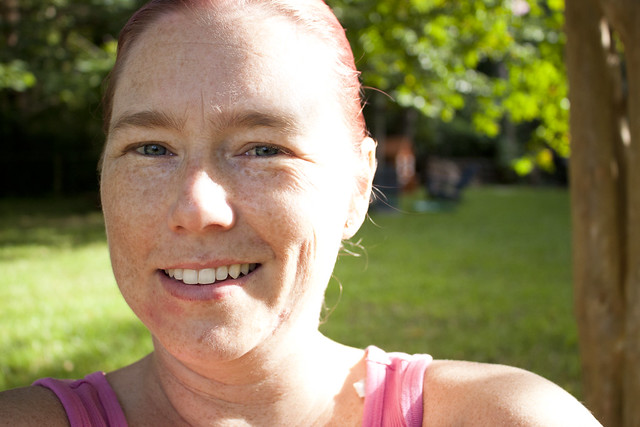 My birthday was on Monday. I turned 36. I’m officially heading straight for 40 and that seems really strange. I took the day off because I learned years ago that working on your birthday just isn’t all that fun. If I’ve got the days available, why not take the day off?

Last year’s birthday was a bit of a dud. We were driving back from vacation in Port Aransas so most of the day was spent in the car. Forest had been sick that week as had several of us adults, and while the vacation itself was great and we celebrated my birthday the day prior with my parents, the day itself was a little disappointing. When we arrived home it was full of the stress of unpacking as well as nursing a little baby who was cranky. I honestly can’t remember what we had for dinner, pizza? I just remember feeling very blah about turning 35. I know that birthdays as an adult can be hit or miss but it helps to not feel stressed on your birthday even if it isn’t the most celebratory day, right?

The year of 35 itself had been pretty good. I finally started feeling more like myself, the self before Forest, but merging that with my new identity as a parent. I knew that as my 36th birthday approached that I just wanted to spend a lot of the day by myself. One thing I really miss right now, and I know it will change again in a few years, but is the ability to run errands around town all day and just pop in different places just to browse. Mostly I miss bookstores. I could do some of that on a weekend but a lot of the time it is about juggling time for both Chris and I to do things we each need to do as well as spending time together as a family. So, I might be able to run out to one or two places but it’s difficult to get around to everything I want to do. And that’s not even every weekend, it is usually once a month or so. Needless to say, I order a lot of stuff online these days. Plus, part of it is the alone time that I crave and don’t always get. It’s nice to zone out in a bookstore for awhile.

On my birthday I dropped Forest off at daycare a little later than usual because we lingered at home that morning. I was debating whether to include him in our breakfast plans but I opted for a quiet breakfast with just me and Chris at a local diner. We rarely eat breakfast out and if we do it is to a kolache bakery, usually. I had a hankering for Eggs Benedict or something similar and found a great Farmers Hash that satisfied most of that craving, complete with hollandaise and goat cheese.

Afterwards Chris and I went our separate ways. He had also taken the day off and had plans for working around the house. When I began planning what I wanted to do for that day I came up with so much, including seeing a movie. The movie eventually got cut from the list as did a few other things. I was early for a few of my first stops after breakfast, the stores weren’t open yet, so I made my way down to Buy Buy Baby to return an extra diaper sprayer that we never installed upstairs. I oogled at the cute baby stuff but realized that I was glad we were out of that early baby phase of life. World Market was next door but I was too early for them so I dashed them off of my list and moved on for the bank to cash a birthday check and then found my way to Half Price Books.

At HPB my goal was to buy books for Forest with a giftcard from Easter that my parents gave him. Of course I was also there to add to my own library. I meandered the aisles for awhile, checking out the sections, debating which books I really wanted to get and which to save for later. I chose a few for Forest and stuck with non-fiction for me. I was thinking on this lately, this non-fiction book buying. I think I feel like I’d rather borrow a fiction book than own it unless it is a particular author or series. But non-fiction, most of the time I want to keep it to have on hand to peruse or re-read later. I lamented that HPB doesn’t have a location closer to me as I left the store.

The next stop was Barnes and Noble. Of course I wanted to peruse the book section but my main goal was their magazines. Misadventures magazine had launched their first issue and I wanted to check it out. I also wanted to compare a few gardening magazines because I am looking to subscribe to something else/different. Unless I’m already familiar with a magazine, it is hard for me to want to pay money for a subscription, particularly those that lean heavily on subscription fees versus advertising dollars, and I want to know what I really liked before subscribing. So, I grabbed Misadventures and Modern Farmer and oogled some other books before leaving.

I had a noon appointment for an 1.5 hour massage so I didn’t have a ton of time after this. I knew that I wanted to hit up Ulta after hearing about the Orly Rubberized basecoat on The Girl Next Door podcast. I keep my toes polished and generally they last quite awhile but have been wanting something to help them last longer. That and I would like to polish my nails again but with gardening and an active toddler I haven’t really done that the last two years. If something made them last longer I thought I’d try it out. I grabbed that and an OPI purple that was on clearance and browsed the aisles for a few minutes.

Lunch was next. I thought about going to Olive Garden to get my fill of soup and salad since I’d not really gotten that satisfied when I was there a few weeks ago but I saw McAlisters Deli and decided to go there instead. It was a nice change of pace to sit down there but I had to listen to some frustrating conversations about the recent arrests and protests. I had about 25 minutes before my massage and saw Motherhood Maternity around the corner and popped in there. Since having Forest I have not been comfortable wearing bras unless they were nursing bras without underwire or just regular sports bras. Since I regularly wear them over and over they definitely get some use and I needed a few more. I knew Macy’s had the ones I liked but didn’t really want to cross street traffic and deal with going to the mall. Happily, Motherhood Maternity had the ones I like in stock and were having a sale so I grabbed some more of those. Being in the store reminded me of the time I went with my mom, SIL, and the kids. That was a funny experience!

Then I got to have my massage, which was glorious! Glorious! I really need to go once a quarter but never make the time. New resolve…massages once a quarter! After all of that I made the two short stops I needed to do that morning and then headed home. Forest would be waking up from his nap around 3pm and I wanted to pick him up early. Chris rounded out the day by making lobster and salmon and we both drooled over our meals! We also resolved to have lobster more often! It made me miss going lobster snorkeling/diving in Florida. Open season is soon! Chris got me a new camera lens to replace my 18-55 that started having problems. It’s a lot nicer, with image stabilization, and I’m glad to have that lens available to use again. It’s become a bigger problem the last few months with the old lens continually throwing errors at me. I’m going to keep the old lens and use it strictly for reverse lens macros.

It was a really great birthday. There wasn’t anything huge about it but it satisfied some self-care that really needed to happen.