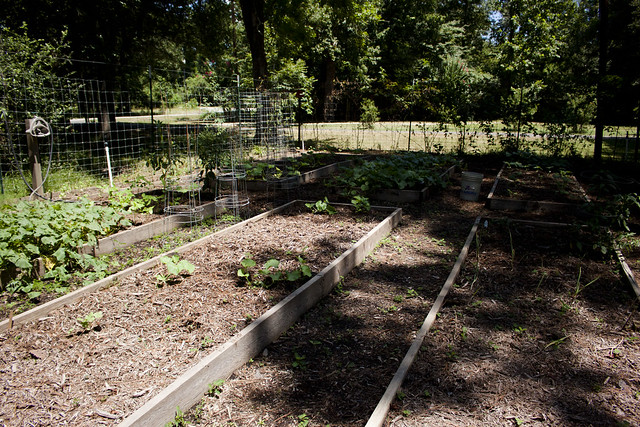 We’ve reached that point in the season where not much is being productive in the vegetable garden but the peppers and cucumbers, and even the cucumbers are worn out and fading. Most plants out there are just putting on growth and holding on for slightly cooler temperatures to start producing flowers for reproduction. 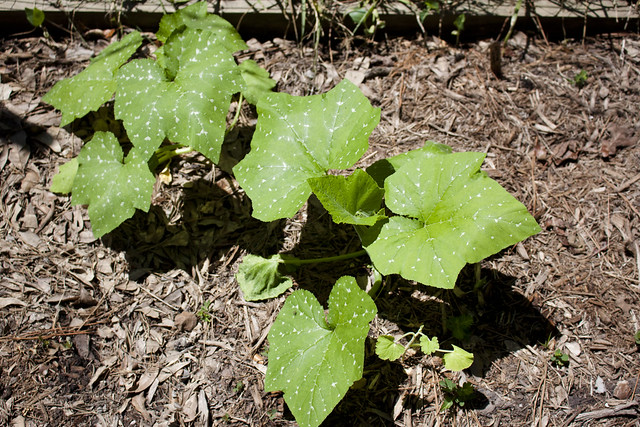 These are sweet potato squash that I’m excited to try out when we get fruit. I planted them in the hugelkultur perimeter beds. 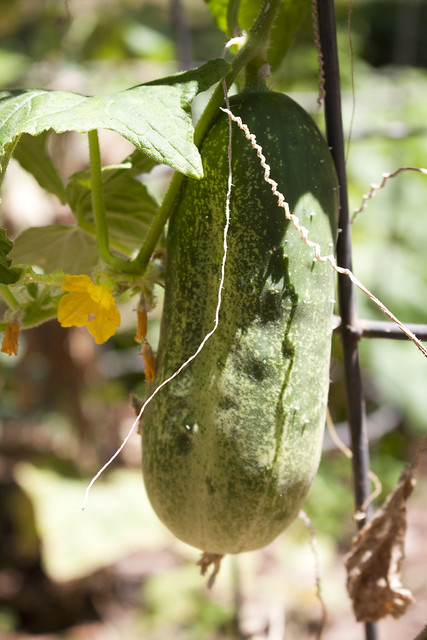 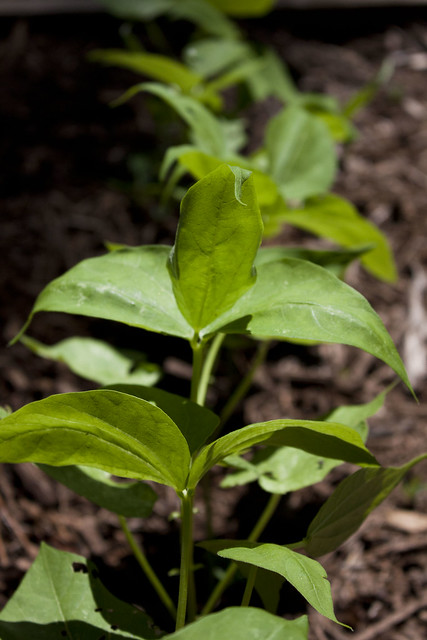 The rows of dragon tongue beans are doing well but haven’t started flowering or producing fruit. Because the garden was overtaken by weeds earlier this summer I wasn’t able to get beans in as early as we should have. I tried climbing beans along the perimeter fenceline so the fence could act as a trellis but the deer thought that was a great treat! Now I’m retrying the climbing beans on the inside beds using tomato cages as a trellis. 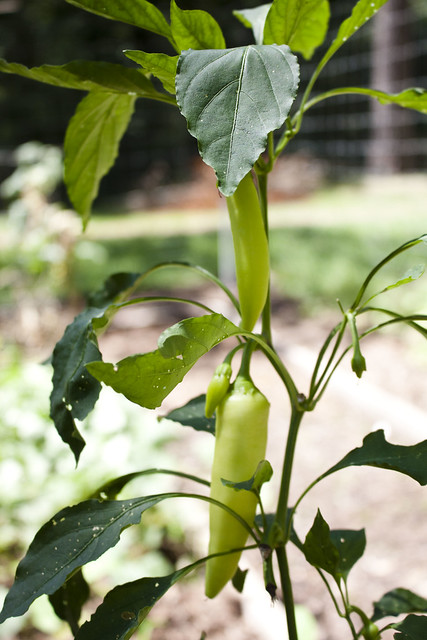 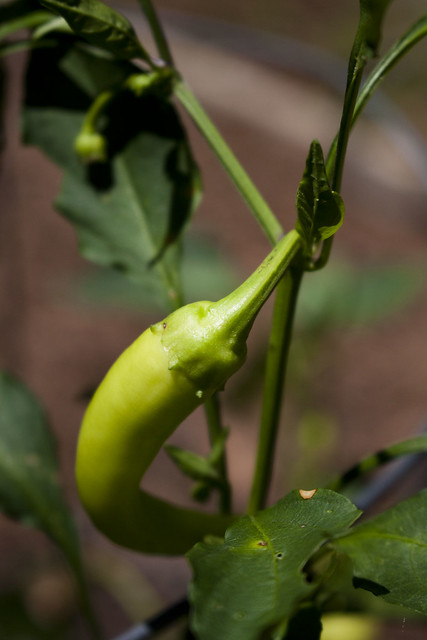 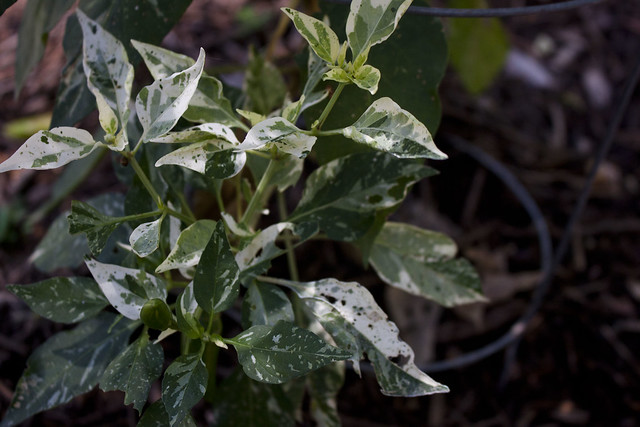 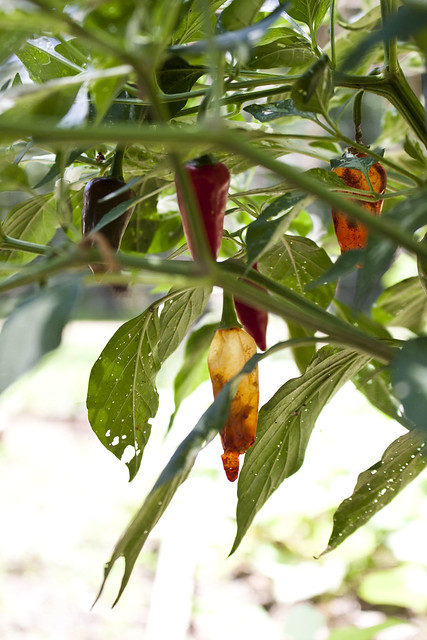 The three pepper plants we have are all still producing well. Sometimes I see them wilt in the mid-day sun but they perk up once a little shade comes back into the garden. Three pepper plants have been more than enough for us! 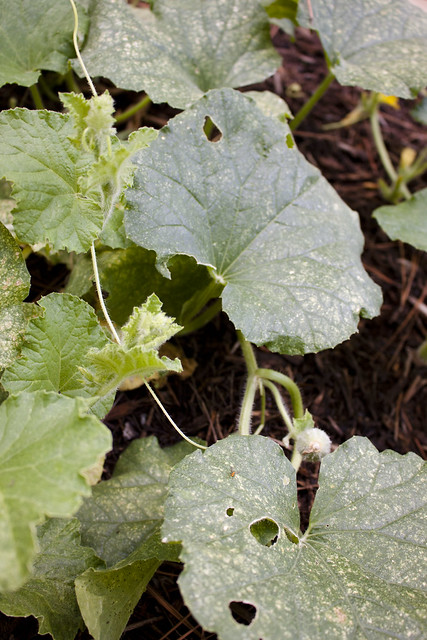 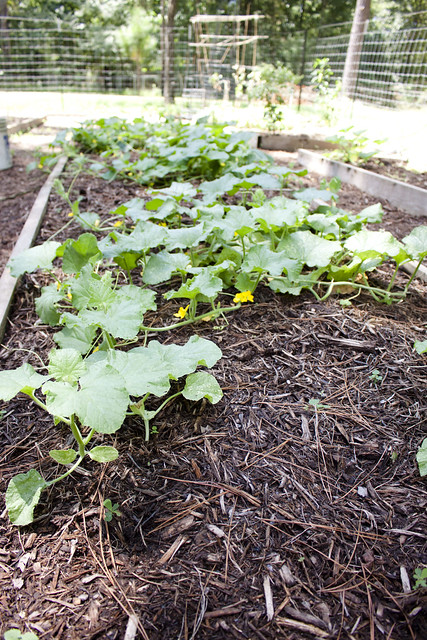 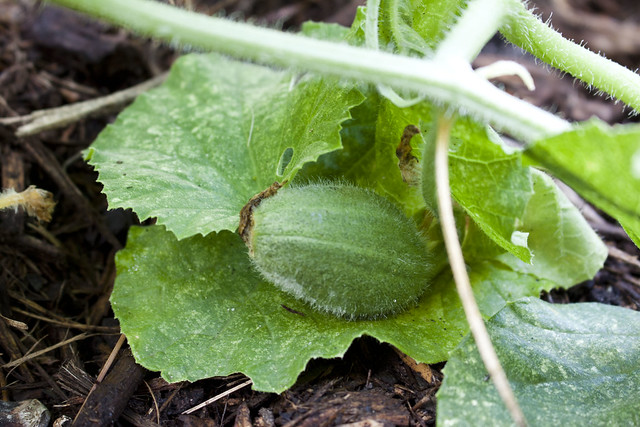 The melon beds are finally taking off and at least one vine had decided to set fruit. I believe this is the Bidwell Casaba melon. 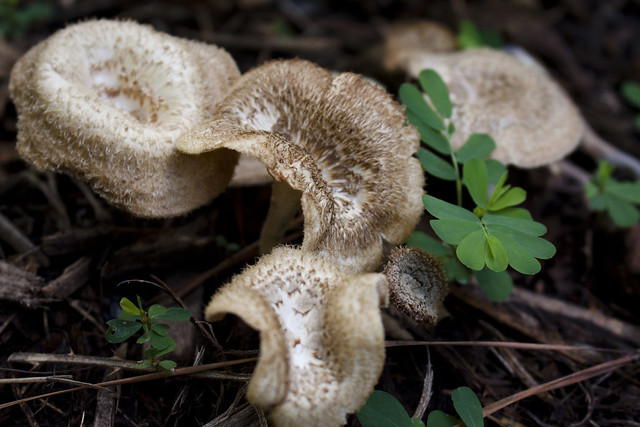 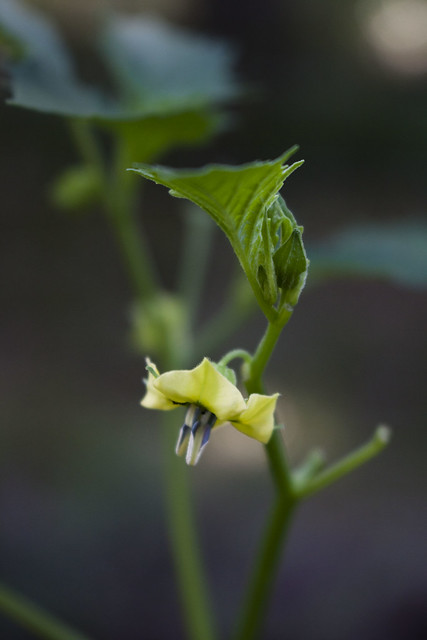 A volunteer tomatillo. I meant to get a second tomatillo plant last weekend when we were at a nursery so that I could actually get fruit but forgot. So I’ve got a great plant and no fruit for now! 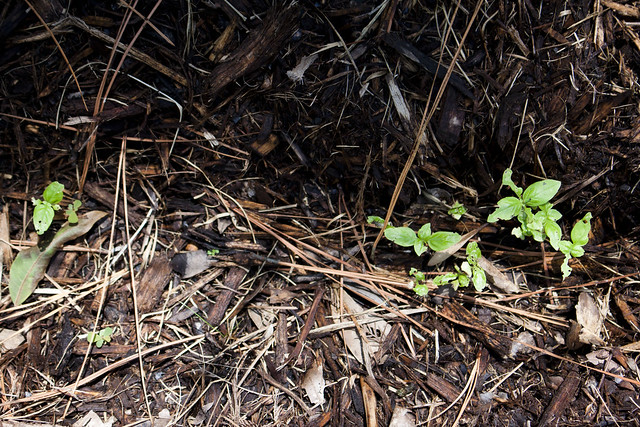 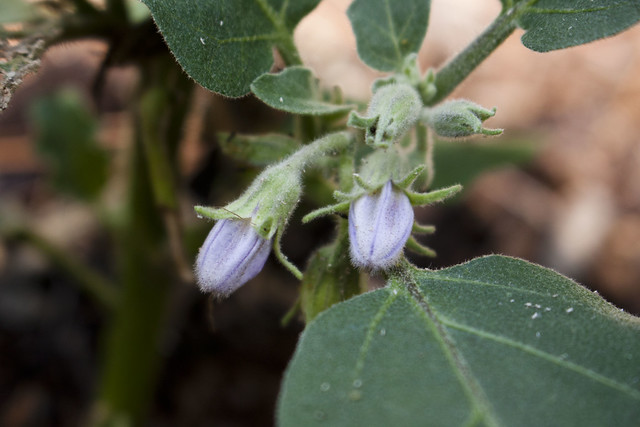 ‘Fairy Tale’ eggplant is putting on more flowers. I’ve gotten one tiny fruit off of this plant so far. I like the cute fruits! 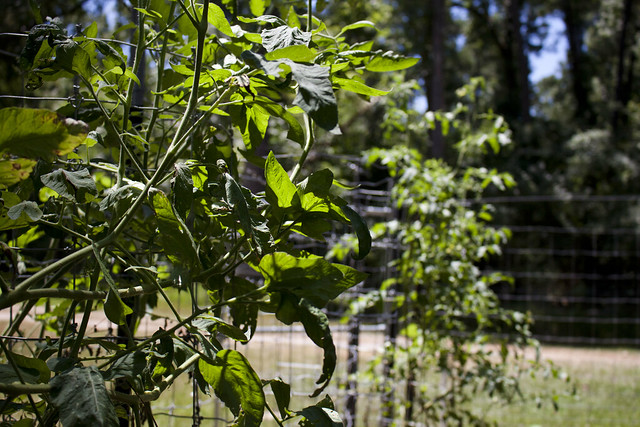 The tomato plants are all hanging on and I started more seeds in hopes of getting fall tomatoes sometime in October or early November. I really like to have canned tomatoes back in the house!

I have a feeling things will start ramping up again towards the end of August and maybe if we can get some rain around here the garden will be a little bit happier!

One thought on “What’s Growing in the Vegetable Garden”