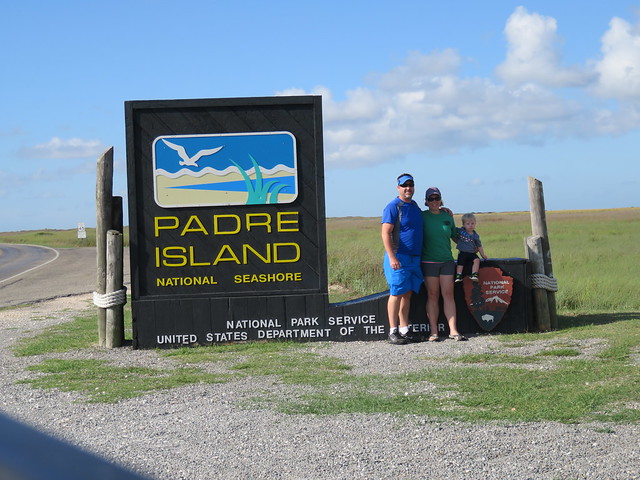 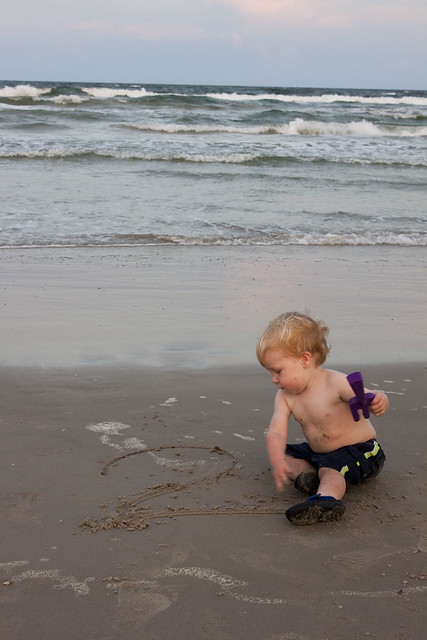 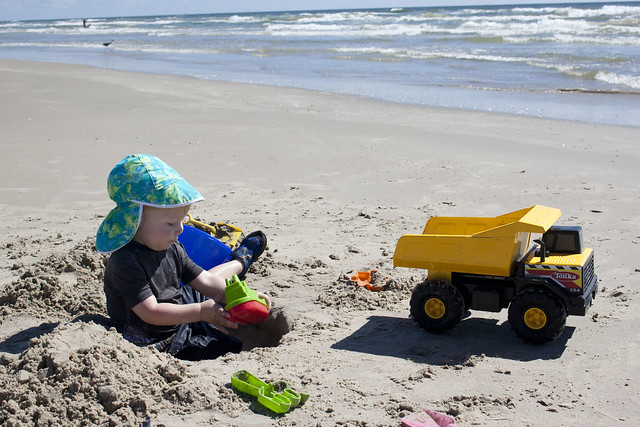 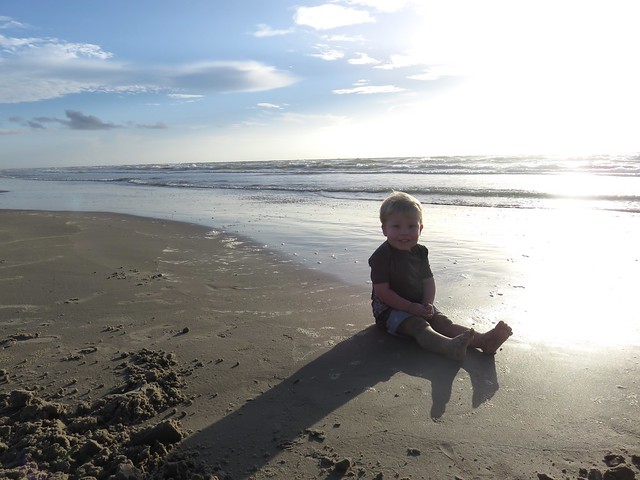 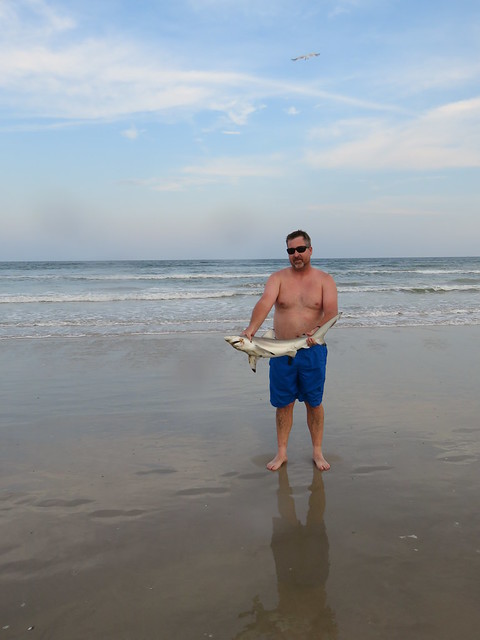 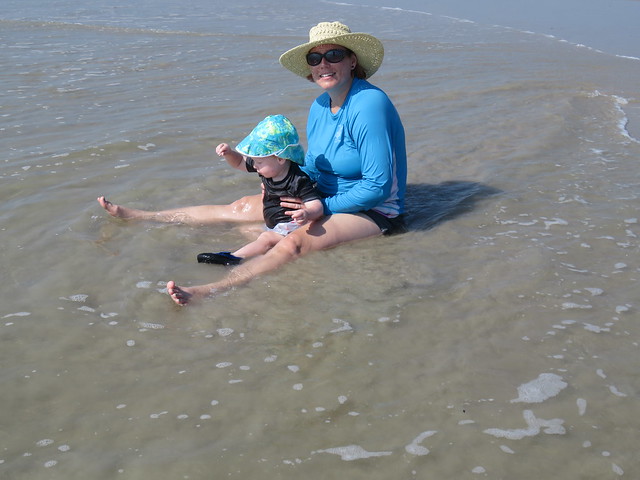 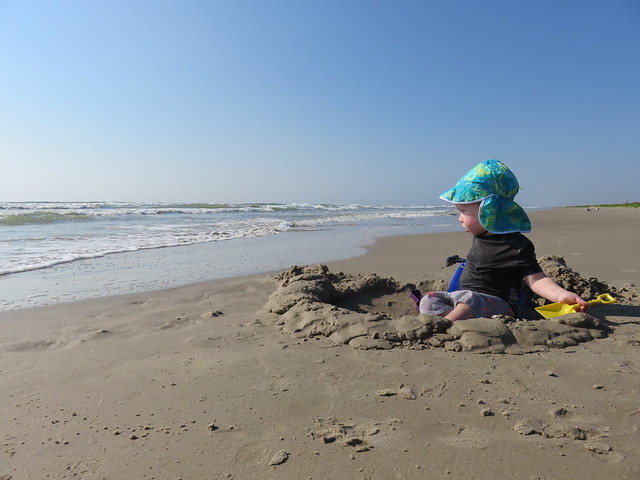 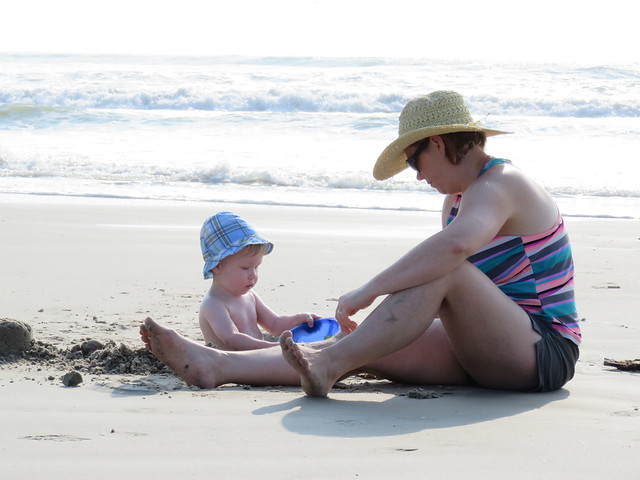 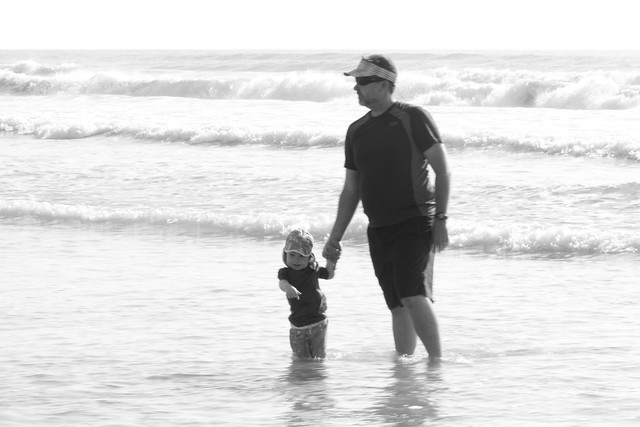 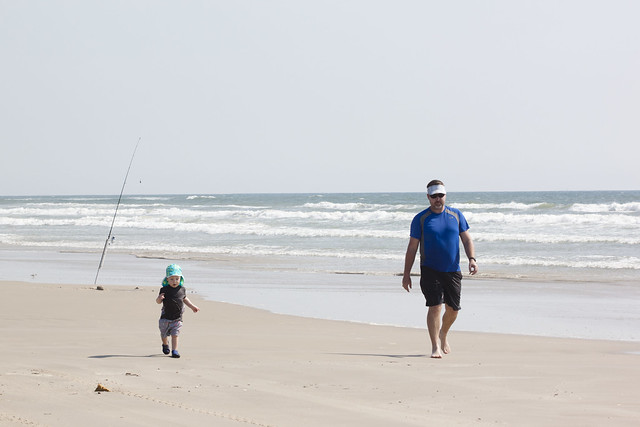 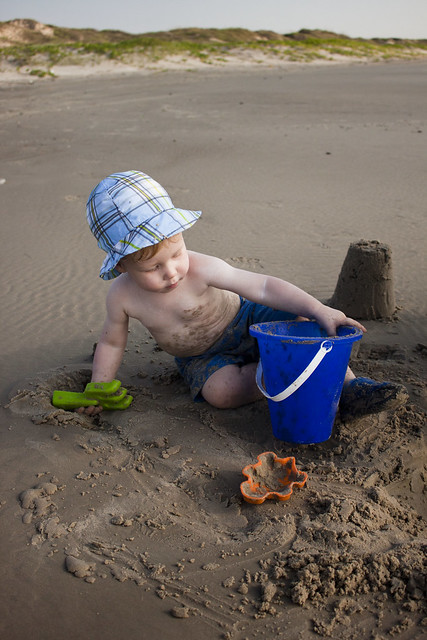 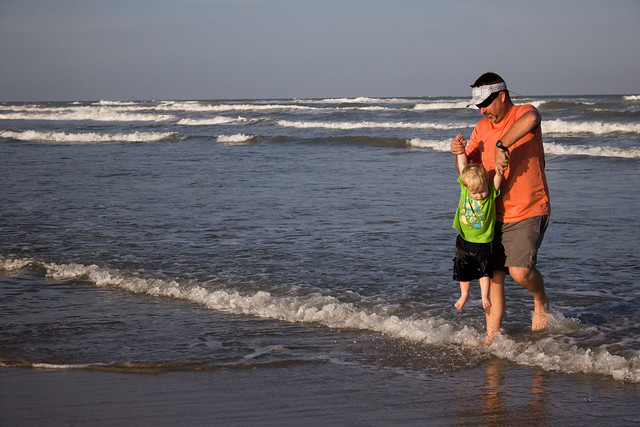 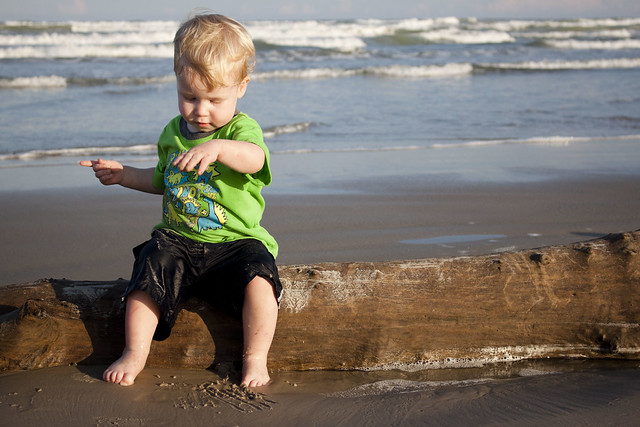 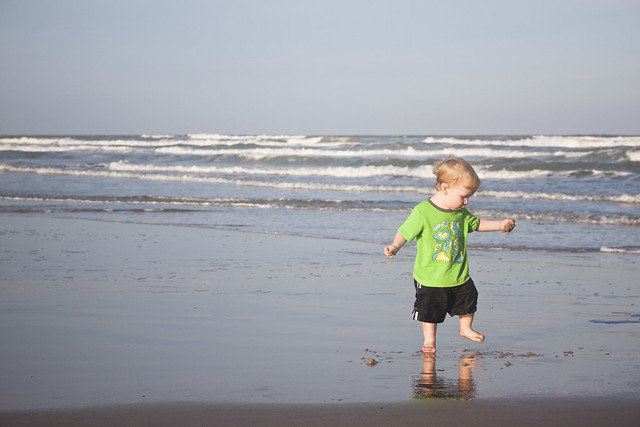 For our vacation, since we were on North Padre already, we opted to drive down to Padre Island National Seashore for all of our beach visits. I think this was mostly spurred because the first night we were there we drove down after dinner and it was quite peaceful with just a few cars on the beach. Even though we spent about 20 minutes driving down there, being able to drive on the beach eliminated the need to haul our gear across the street to the beach that was directly across from our hotel. There are definitely good and bad things about being able to drive on Texas beaches. One of them I later realized was not only did we need to keep a toddler from going surfing on his own but also keep him out of the beach roadway! The road issue wasn’t nearly as problematic during the weekdays but as the holiday weekend started the quiet beach quickly turned into a very busy affair, complete with people setting up camp in tents and RVs the first five miles of PINS. I knew from our experience last year on the beaches down on Mustang Island closer to Port Aransas, that those beaches were probably doubly packed with wall-to-wall people!

Being on the beach with a toddler versus a baby was completely different. While both had their ups and downs (baby: mom and dad get to play in surf while grandparents watch baby; toddler: no grandparents meant no playing in surf together but it meant playing in the sand and building sandcastles and oohing at the Coast Guard or pelicans flying by) it was definitely a great experience for Forest. It made me wish we had gone to Galveston at least once this summer but we never made the time. Next summer we need to go a few times at least. A funny thing was that we had a some beach toys from last summer but couldn’t really find many parts to them, only a bucket and shovel. Then, just about every single day we were out there we would find at least one shovel or rake to add to our collection. We now have a nice beach toy collection just from picking up stuff people left behind or got washed up!

Speaking of washing up, there were two items of note on the beach down there. One was very little sea life debris, ie: no sargassum, jellies/man-o-war, shells, etc. Sure there were some things here and there but not much. I’m not sure if it was the time of year or the beach location in relation to currents but I was surprised. While there wasn’t a lot of debris, there was a healthy amount of coquina, Donax variabilis, living in the intertidal zone which Forest loved to dig up and watch them rebury themselves. The second was that despite the lack of sea life debris there was plenty of plastic and trash debris. Some was left from campers and beach-goers but a lot was washed up. The oddest thing we found was a giant light bulb that had to have come from a ship. It must not have been in the water long because the metal was barely rusted and no barnacles had taken hold yet.

We had a great trip and I already miss the beach!