Finally we’ve returned to camping and hiking season around these parts! Just as a lot of people are storing their gear for colder months, we southerners are digging it out and are ready to get outside. Gone (mostly) are the days of standing outside for two minutes before dripping in sweat so now is the time to relish the cool weather and start exploring once again. We kicked off the season with a trip to the Texas Hill Country for Chris’ birthday weekend. We hit up Garner State Park, one of the most popular parks in Texas. While researching the area I found out about the Frio Bat Flight at a cave located on private property with 10-12 million Mexican free-tailed bats. We reserved a spot at the last tour of the season and headed out there after dinner on Friday evening. 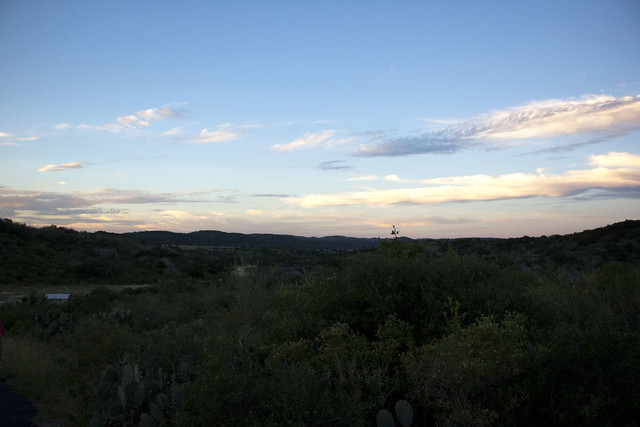 This part of Texas is primarily privately owned, so there is quite a bit of open space that the public rarely gets to see. Sometimes you can find private ranches that do offer wildlife or birding tours but often they are much more expensive than visiting a public park. The fee for the bat flight wasn’t very expensive and I will tell you it was well worth it for the experience! The tour was very small; there was another family-group of about 10-12 people, including some other kids, and then the three of us. It made for a much nicer experience without a large crowd. I’m sure it gets busier during the summer but I suspect because it is on private land and there is a fee to see the bat flight, that it probably doesn’t get too crowded at the tour. *video at the end* 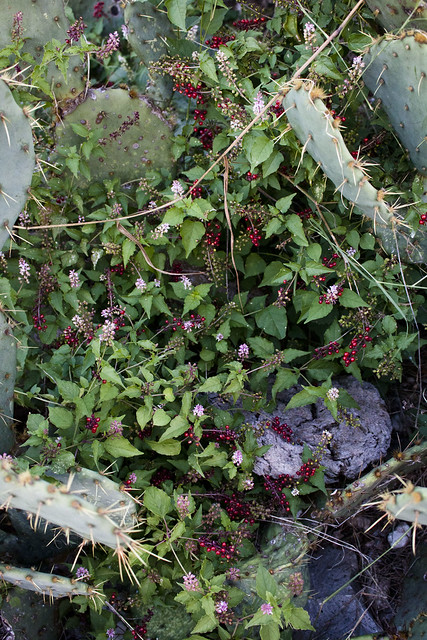 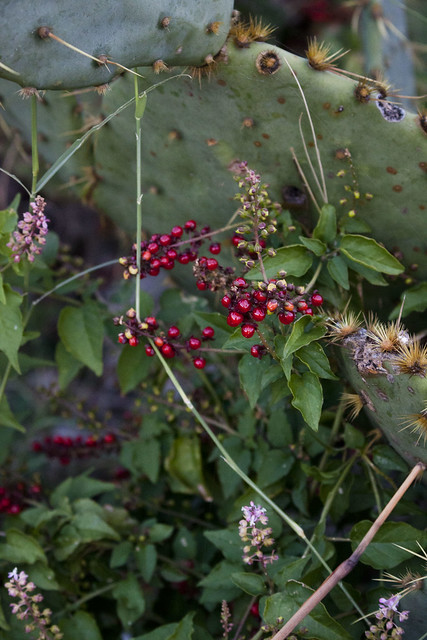 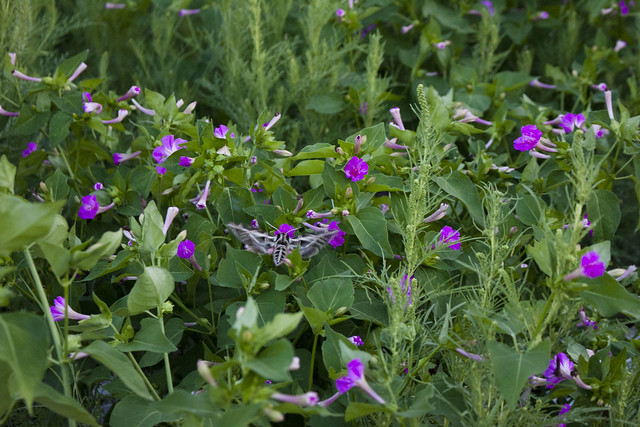 We spent the first 20 minutes watching a plethora of hummingbird moths visiting the 4 o’clocks that swathed the opening to the cave entrance as we were waiting for dusk to come and the bats to emerge from the cave. That was as very cool experience unto itself because while we’ve seen sphinx/hummingbird moths before, never that many at one time. 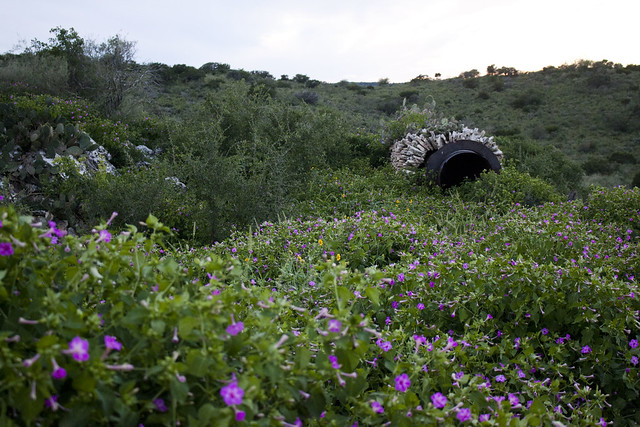 The cave is to the left; I can’t remember what the guide said the metal thing was for. I think it was something from the Civil War, but don’t quote me on that. 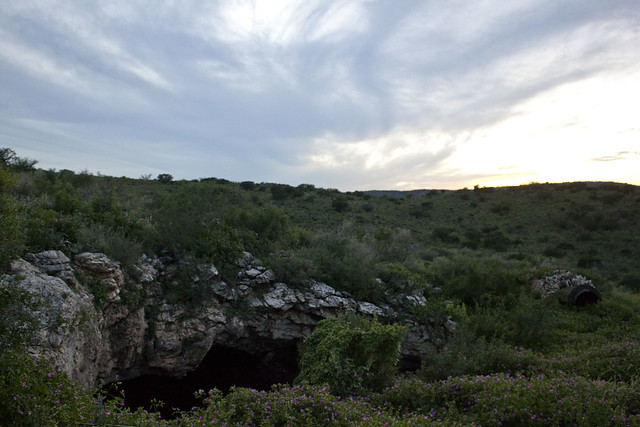 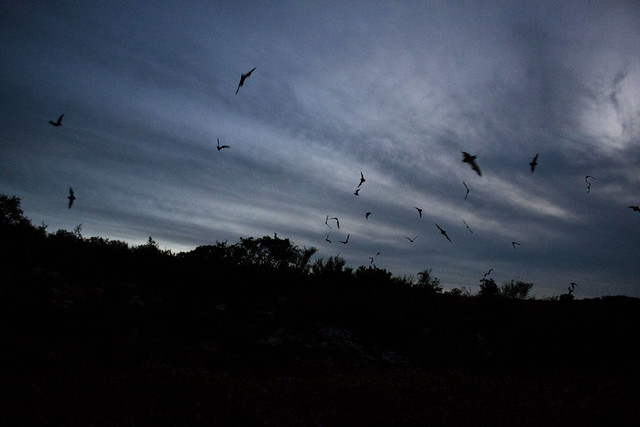 At about 7:40 the bats began emerging. If it looks like we were close to the cave, we were. We weren’t but 50′ from the entrance, standing behind a rope barricade. I’ve only seen bats emerge from the Congress Avenue bridge in Austin and at the Old Tunnel State Park bridge, but neither time were we this close to the bats. 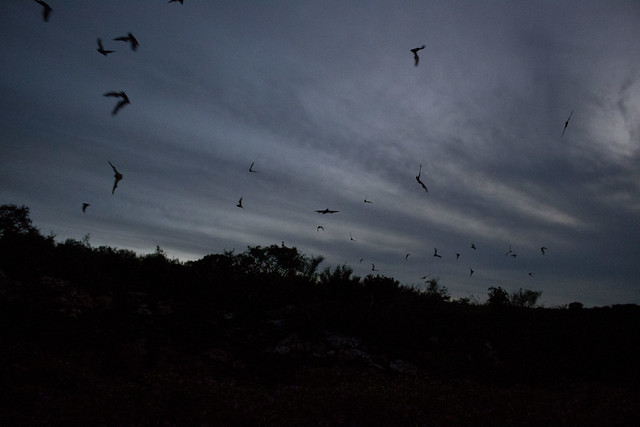 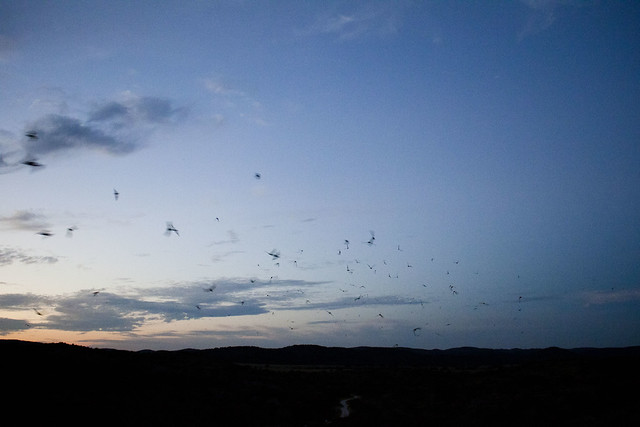 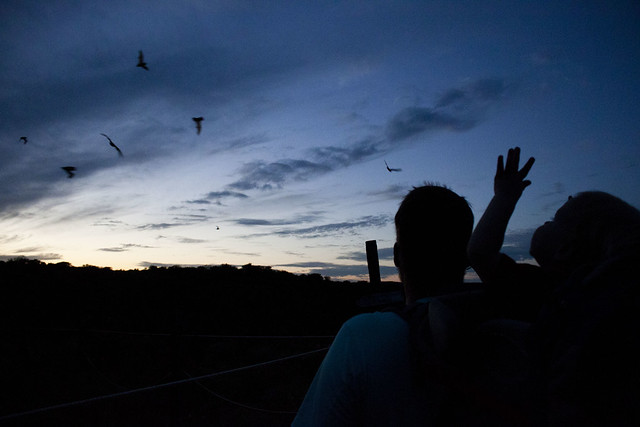 Forest loved it! (He didn’t love the 20 minutes of standing around!) 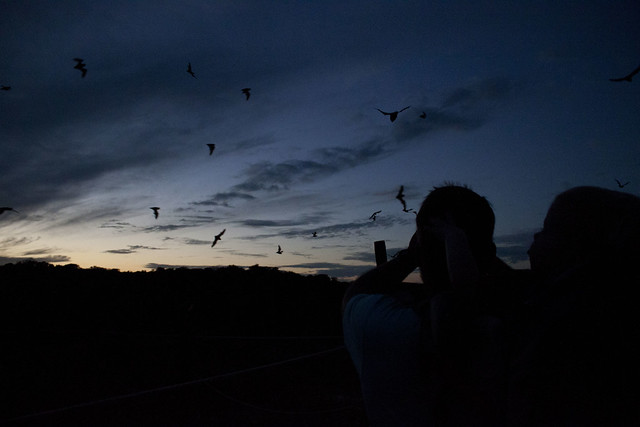 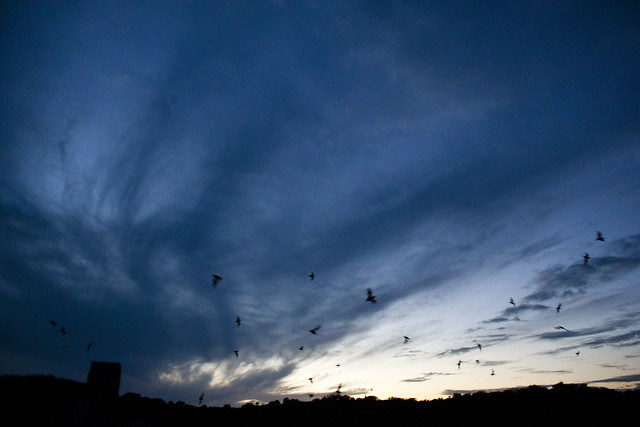 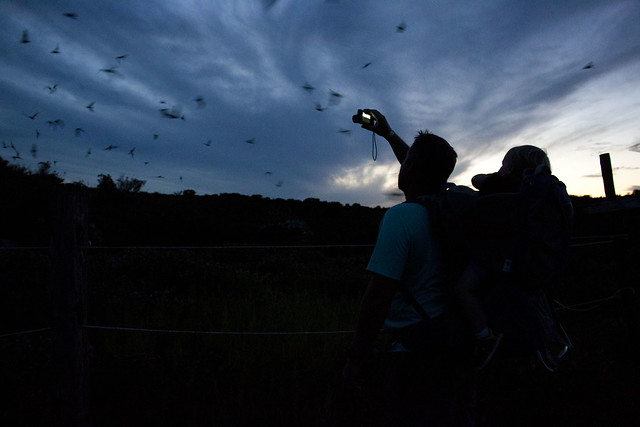 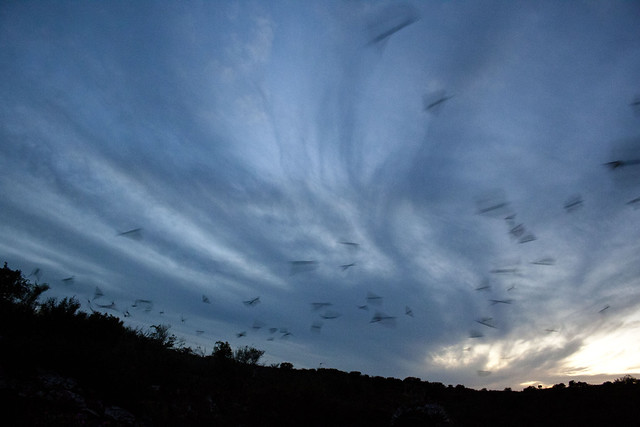 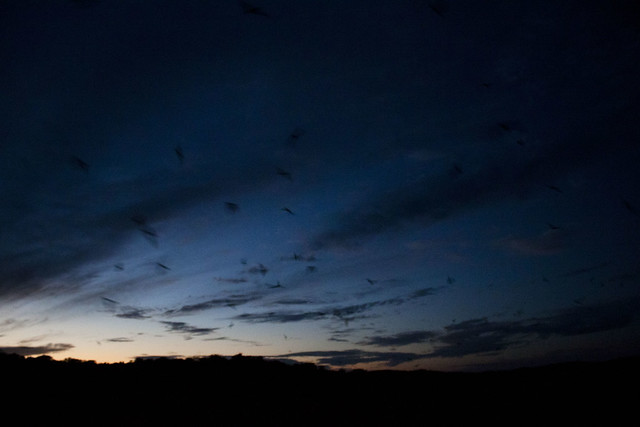