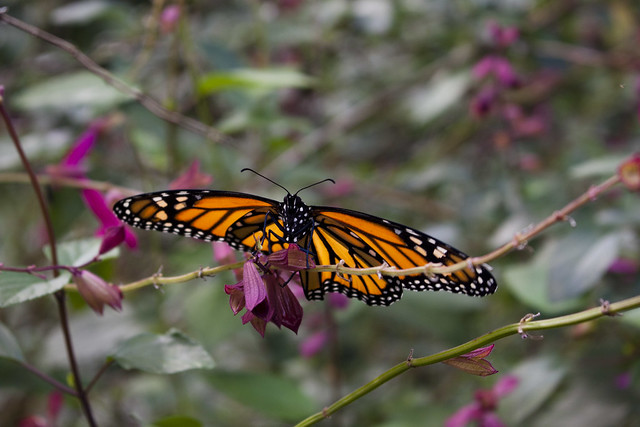 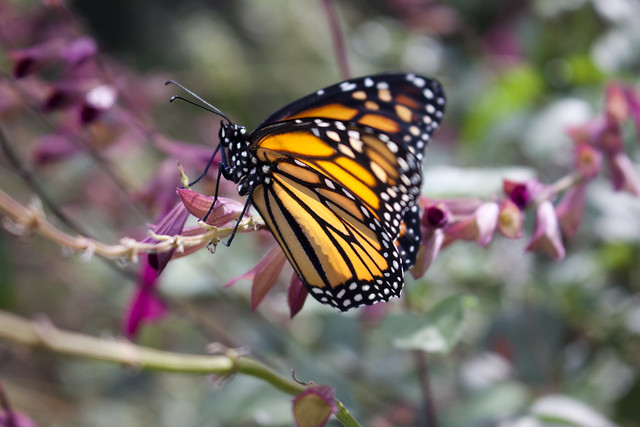 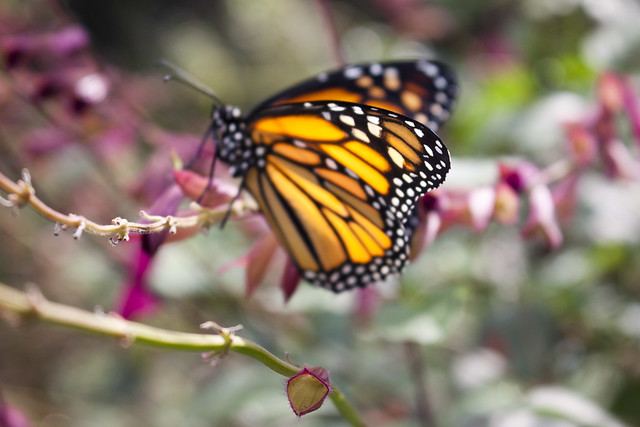 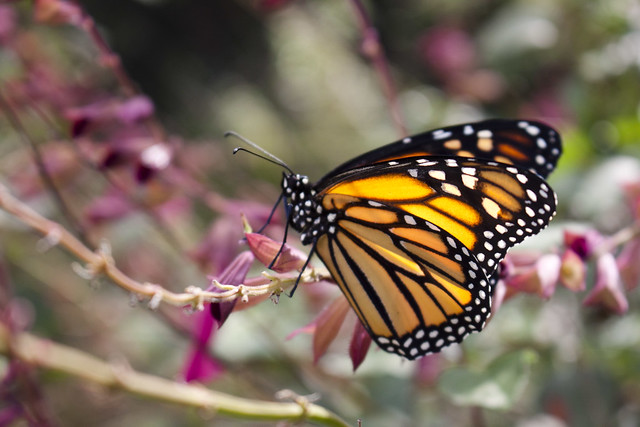 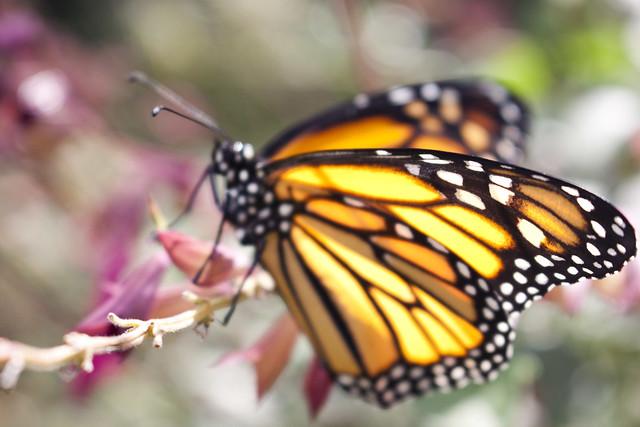 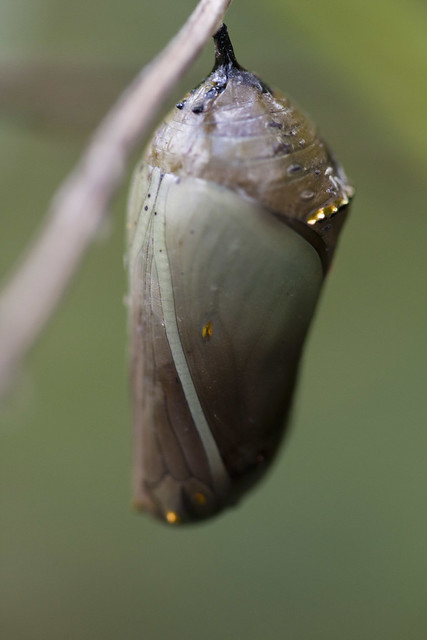 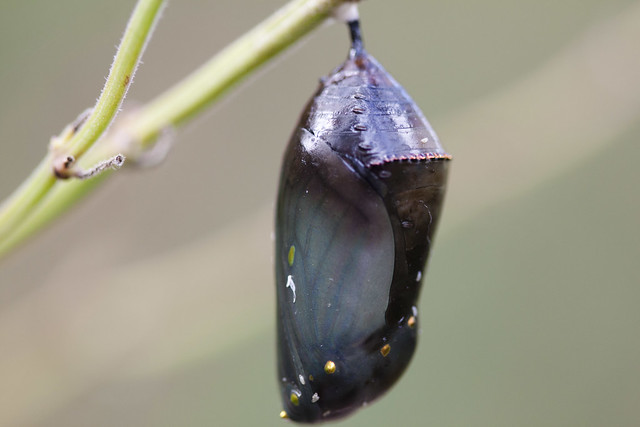 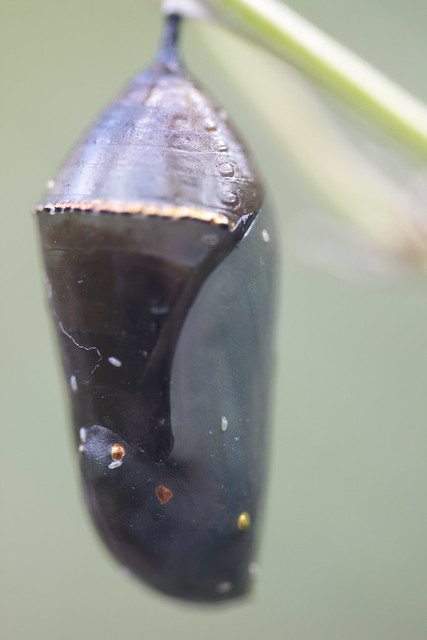 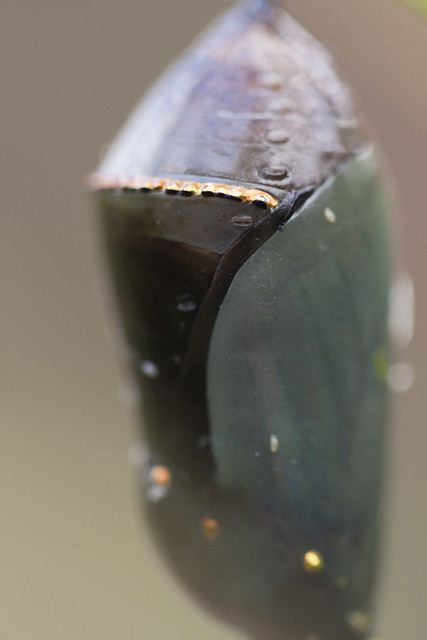 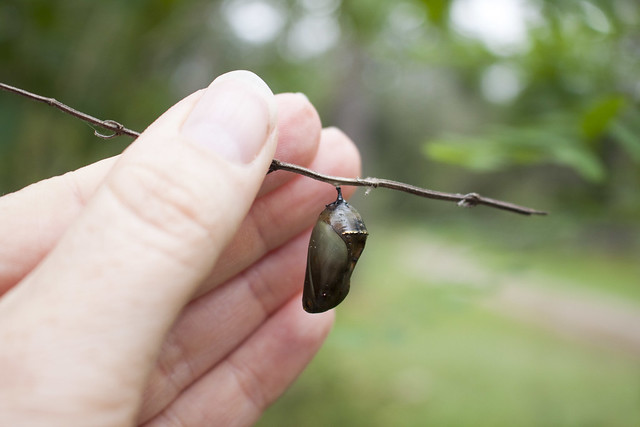 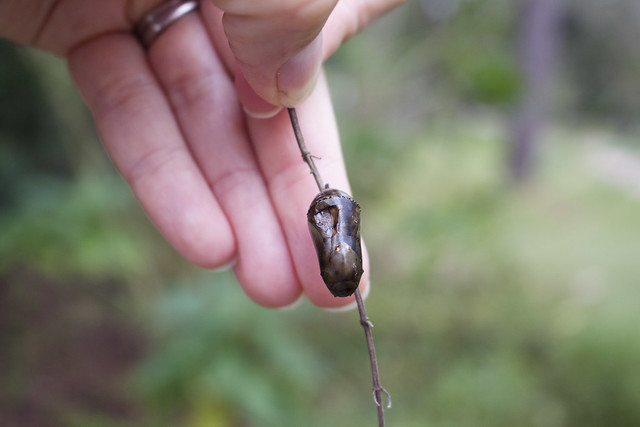 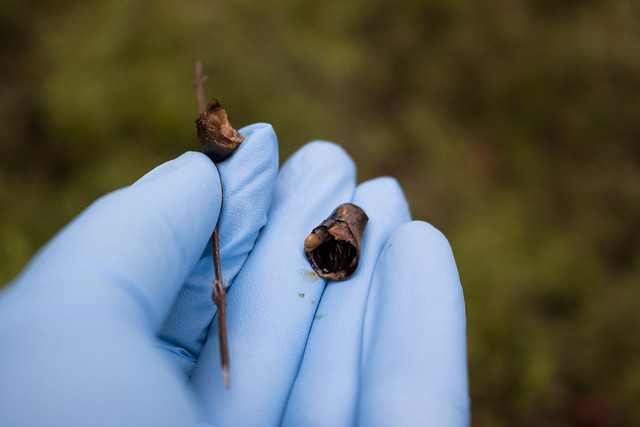 It’s been a couple of weeks since I’ve seen a lot of activity in regards to the monarch butterflies. About two weeks ago, when I took these photos, there was still some adults flitting about and at least one new caterpillar but since then it seems the majority have moved south towards Mexico. I caught the adult female above resting on the ‘Wendy’s Wish’ salvia one day at lunch and it was only later when I looked on a photo I took on my phone that I saw an empty chrysalis. Due to the docile nature of the butterfly at the time I put two and two together and decided it had probably just emerged that morning.

When I went home that evening I stopped back by the salvia to scope out more chrysalises and found two more. My excitement over the find was diminished when a garden friend of mine with monarch raising experience thought one was dead and the other was iffy. I spent a lot of time looking at Google images of dead monarch chrysalises, trying to determine if she was right. I gave it through the weekend we went camping just in case and when I returned I saw that there was no change. The darker one at first appeared to be at the very end of the pupa stage, ready to emerge, but based on everything I read it really should have happened within a few days of taking these photos.

Last week, election day ironically, I got myself together and opened up the one that my friend thought was truly dead. Sure enough, it was a gooey, smelly mess. Definitely dead. And it had the dented spot on the back of the chrysalis. It’s now a week later and the other one still looks the same and I know it didn’t make it either. I’m opting to let nature takes it course with that one.

For the most part we were hands off in the monarch raising this year—well, every year we’ve had milkweed and had monarchs. In Florida we had a few plants of tropical milkweed and would get caterpillars year round (south Florida had a year-round population) where we saw a chrysalis here and there that were evidently successful in metamorphosis. This year has really been the first year living here that we’ve had a substantial amount of caterpillars and I wasn’t that interested in dealing with keeping caterpillars in a tent and having to feed them constantly. So, I let nature do its thing: some survived, I’m sure a lot didn’t. In all of the reading about why a butterfly may not complete metamorphosis I learned quite a bit about various insect predators and their life cycle, using the monarch (and other caterpillars) for their own gain, but also about random things that just happen, and diseases that are spread around the lepidopterans and how prevalent they are.

It was sobering to face the reality that these two were never meant to be. But I’m about to start preparing for next year and working to cold stratify more milkweed seeds in the fridge so I can put them out in January in the garden. We’ll see what next year’s migration brings!