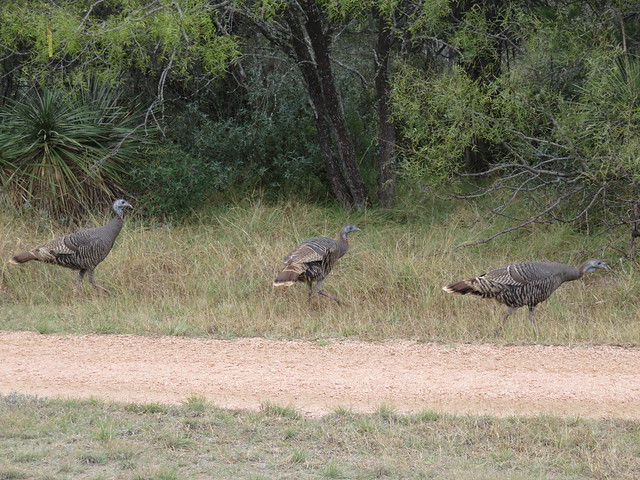 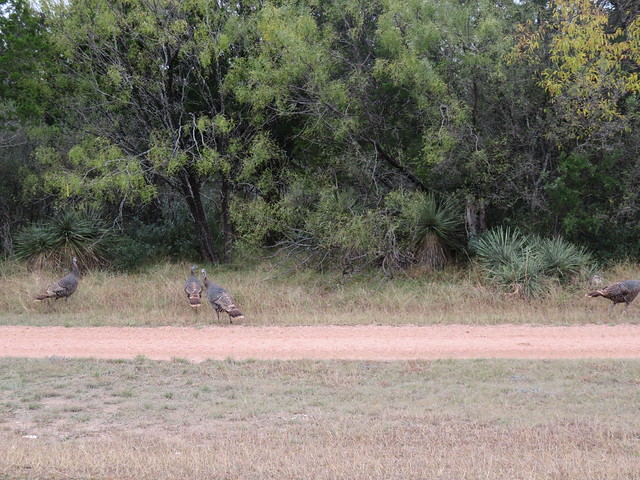 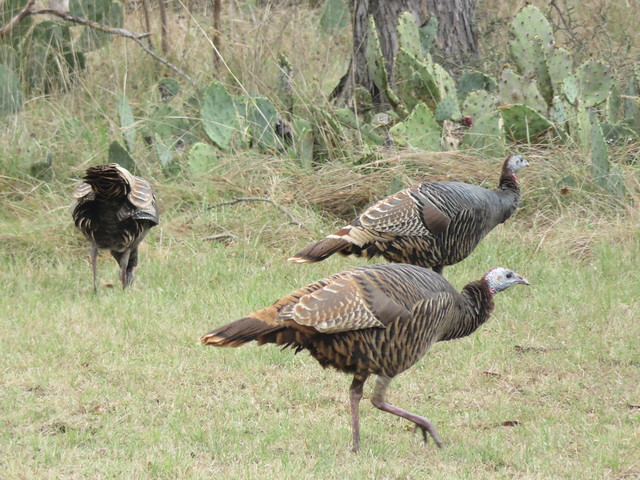 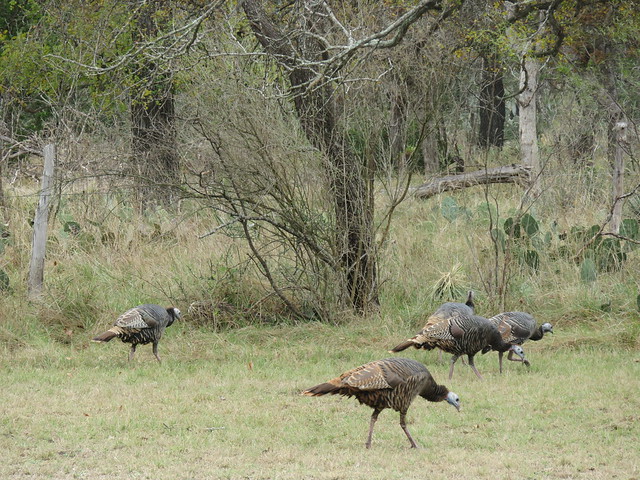 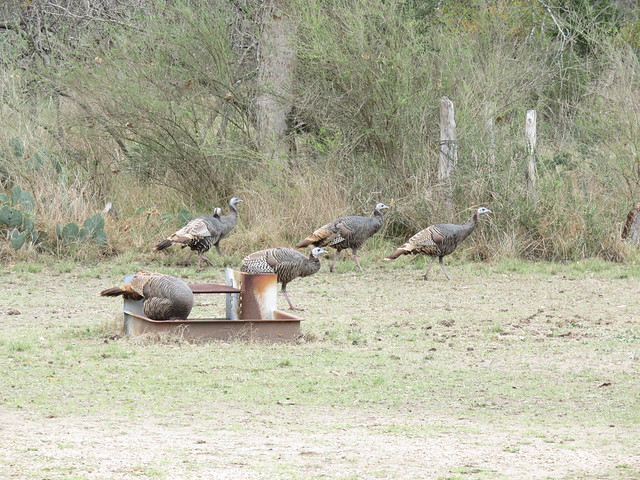 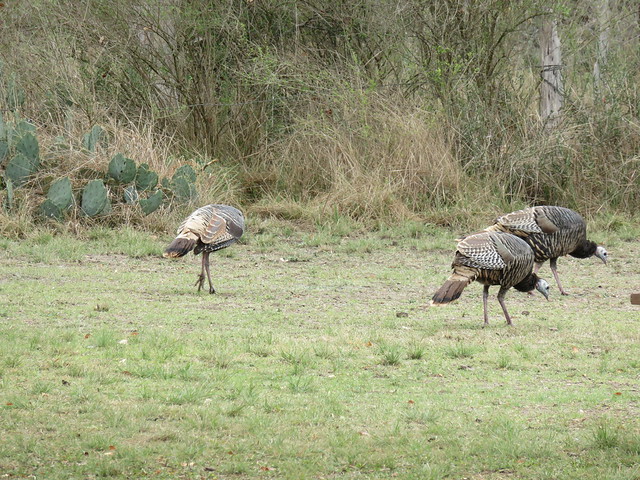 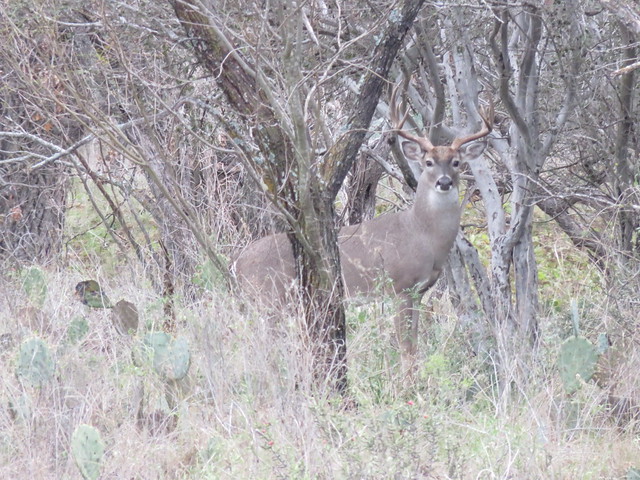 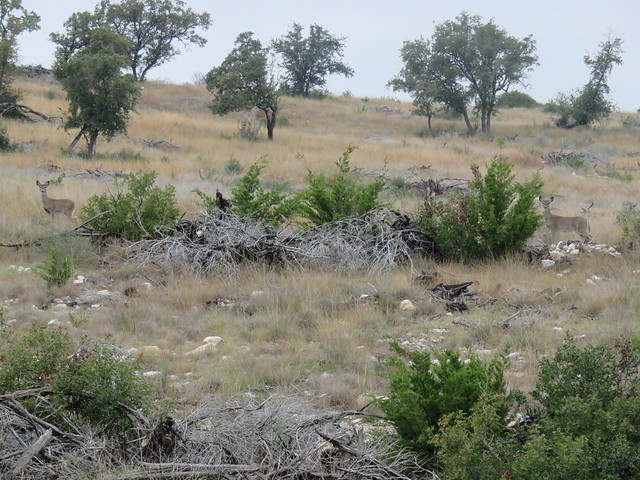 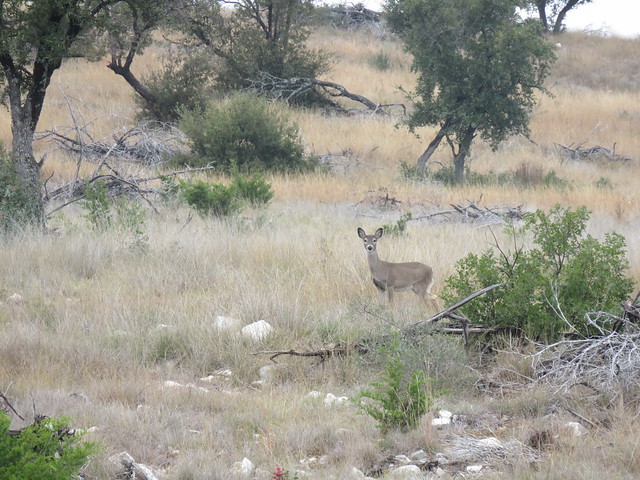 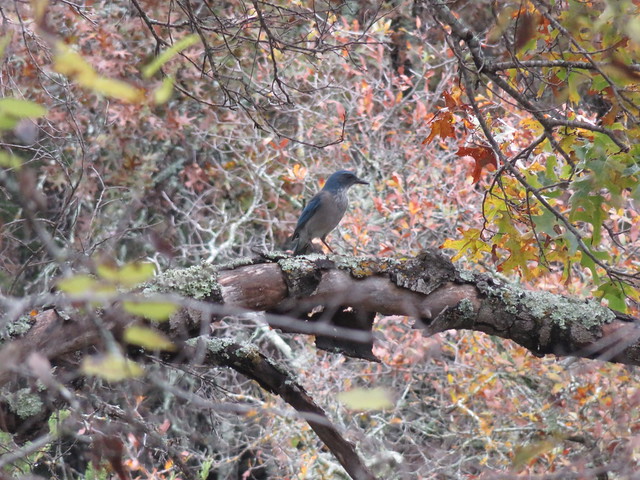 Aside from the plethora of Rio Grande turkey, deer were quite common in the state park as well. It was easy to spot them, especially in the evenings. We stopped at several of the bird blinds set up in the park and watched various cardinal, warblers, and other little brown jobbers feasting on the bird seed left for them and bathing in the bubbling water containers. We saw the western scrub jay and several of its friends and family members on our Saturday morning hike, where they were rowdy alongside the trail as they busted through the Ashe juniper scrub.

The highlight of the trip was actually the trip to one of the bird blinds we took before we settled into the tent for the night. The three of us hiked up in the dark, headlamp and flashlights leading the way, to see what might be coming to the bird blind while all the humans were gone. We saw patiently, well at least we adults did—the toddler got impatient, for about twenty minutes before we called it a night and began to head back to camp. We’d just left the blind and were a mere ten feet onto the trail when Chris saw something move in one of the juniper trees. A ringtail! We’ve seen multiple roadkill specimens before but never a live animal. Chris saw more of it than I did; I barely got a glimpse of a tiny, furry body scurrying down the tree. It was incredibly quiet! We looked around the tree for a minute or two after but our brief animal encounter had taken off for safer territory. A few seconds of a glimpse of an uncommon and secretive animal made Chris’ night!