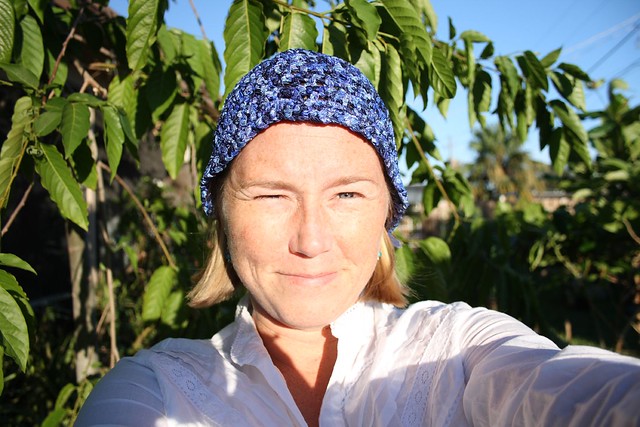 October 28, 2008. I went to canvas for President Obama shortly after taking this photo. I did two canvassing events for him while I lived in Florida and I’m so very glad I did it.

Some of you, dear readers, are like me today—raw and sober with the reality that what we imagined Inauguration Day being during those morning and afternoon hours of November 8th, that reality will not come to fruition. Instead we’ve watched the last two months as a cascade of warnings from experts, historians and journalists, become realities. Every time I’ve stopped and thought some people were over reacting or I’ve tried to see any kind of nuance I’ve been shaken back into reality with a new story, another behavior, and become very worried about what the next several years holds. I won’t write more but here are some people I follow on Twitter and podcasts to keep you tuned in if you are having a hard time stomaching network stations and sometimes even NPR. I don’t even watch network news unless someone else has it on but NPR sometimes disappoints me and I have to switch to Democracy Now for a few minutes. I think it was quite clear after his press conference last week that the press has a different beast to cover and has got to hold him accountable for the things he says—and more importantly, isn’t saying.

And if you are either not worried or more apathetic and believe that things will be ok, well, I hope you are right. I hope we’re freaking out for no reason, because I’d like to see that we’re still a country in four years and I’d like to hope that we are still upholding the rights and freedoms granted under our constitution.

I’m bad about remembering to bookmark every good article I come across but this is just a few I’ve recently read that stuck with me.

Scientists Are Frantically Copying US Climate Data via the Washington Post

David Fahrenthold Tells The Behind The Scenes Story Of His Year Covering Trump—-read this one in its entirety.

Podcasts
Pod Save America: This is an group of former Obama staffers who used to podcast under Keeping It 1600 (I never listened) but switched over to this podcast in the new year. Definitely listen to all of their episodes but especially the one with President Obama.

Slate’s Trumpcast: I may have mentioned this one back in December and I’ll mention it again; it is easily digestible. Listen to the one about Narcissistic Personality Disorder in particular.

Start Making Sense from The Nation: I listen to this one sporadically but a recent episode reminded me to listen more often.

Pantsuit Politics: I also think I’ve mentioned this one but it is two women, a Democrat and a Republican, sitting down to talk politics. Very friendly and they try to be as nuanced and hopeful as they can be—which can be infuriating when the week’s news is anything but—and the podcast will be a nice balance if you indulge in too much news or just want to stay in tune with what’s going on but can’t handle a ton of news.

Call Your Girlfriend a show between two friends, lots of feminist and POC discussions.

Finally, I mentioned it back in 2015, but the episode of the WTF Podcast with Marc Maron that President Obama was a guest on is worth a re-listen.

The Doom and Gloom Twitter people:
–Sarah Kendzior: I have to mute her because she’s usually right in what she says. She says it, he does it. An expert on authoritarian regimes.
–Summer Brennan: She’s not muted but she always knows a lot of interesting things. Also, started the 451 Podcast.

Democrats
Kamala Harris
Bernie Sanders—yes, he’s an Independent but he is a liberal so he goes here.
Elizabeth Warren

Republicans
Evan McMullin late entry into the campaign for president. I may disagree with him on policies but this man is a patriot.
Mindy Finn VP running mate to Evan McMullin

That’s all I’ve got.

May the Force be with you.