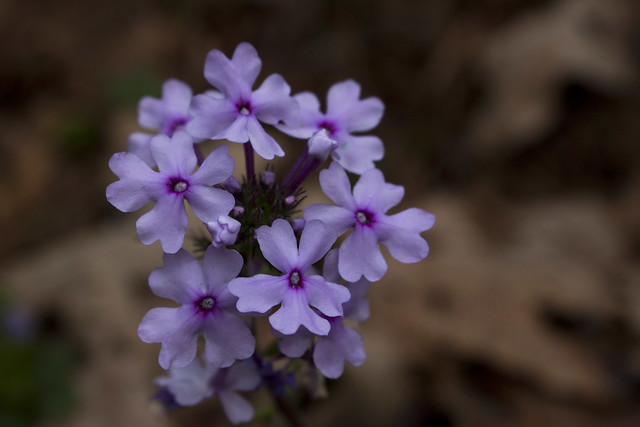 A week ago Sunday, before lunch, we took off for a morning hike. We were cantering down the Chinquapin trail, perhaps a quarter or half mile from the trailhead, when we saw an older gentleman pop up out of the shrubs and back onto the trail. At first I thought we’d interrupted his tree watering moment but he had just stood up from sniffing a flower. The flower in question was lilac and situated just a few feet off trail; he said it was extremely fragrant so we stopped and sniffed too. In chatting with the man we came to find out he was a frequent visitor to the park and often came to check on the plants, which he thought were phlox as someone had told him that’s what they were. Apparently over the years he has seen the population shrink as the forest was burned less and other plants suppressed the growth of the more herbaceous plants.

Our new plant acquaintance mentioned there was another patch around the bend so onward we walked. Earlier in the weekend I had been thinking that this state park could be a nice stand-by for an old Florida favorite, Johnathan Dickinson State Park, mostly in that it is a large state park with decent hiking trails and some interesting habitats but the next step was finding interesting plants, which JD is full of. Running into this man was fortunate as it gave us something else to look for the next times we came hiking. 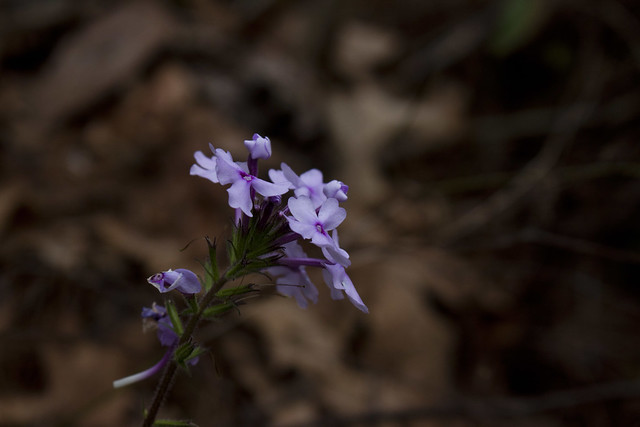 We found more plants at the next site, with four or five blooming. The three of us (with Forest in the backpack) stood in the trail for a few minutes talking, mostly of our plant friend telling some history of the state park back when it was built by the CCC in the 30s. Apparently the dam had broke on Lake Raven back in the late 30s and the lake was dry until it sounded like the 60s. It was appropriate because the park is once again working on the dam; let’s hope it doesn’t break this time! 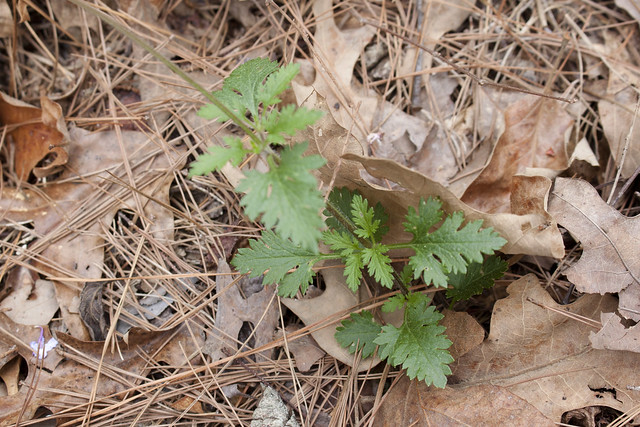 Chris and I said goodbye and continued on our way down the trail where we spotted a couple more plants along the way before we deviated to cut up across the marsh at the north end of the lake. 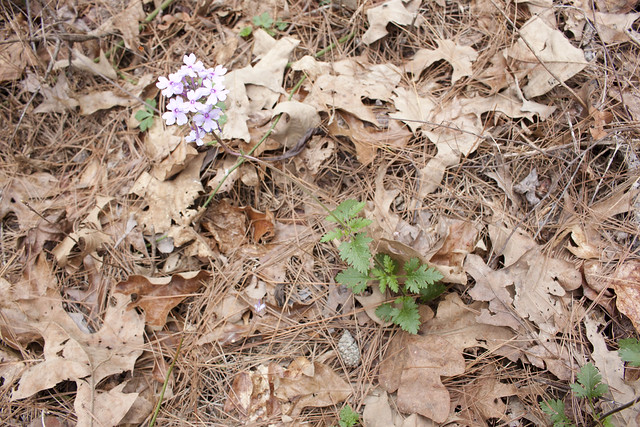 Phlox and verbena always throw me off, and apparently it throws other people off, too. Turns out our phlox is actually a verbena, but which one is the question. I was set for awhile on it being rose vervain, Glandularia canadensis but something felt not quite right so I took another spin through the Lady Bird Wildflower Center plant database and found Verbena x goodmanii. See it here. The photo there shows a growth habit of much more like what we found. Also, the habitat of that photo look more like what we were in—but that means nothing because rose vervain is quite a common plant and found in many parts of the country, including the county we were in. USDA Plants Database says it is a cross between V. halei and V. stricta and Google gets me all of nowhere because it seems there’s not really information on this plant.

Plant identity aside, the chat with the man was great because it reminded me of our plant explorations in Florida. We haven’t really made that connection with anyone here yet (outside of work) and life currently isn’t situated for cross-country bushwhacking to look for weird plants (though, we did do a short bushwhack on another hiker, story soon!), so the chance meeting and brief encounter to talk with someone knowledgable about the state park was awesome.

If you happen to know which verbena this is, let me know!