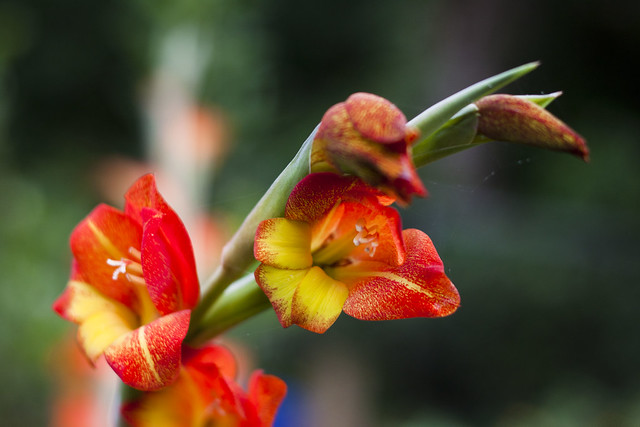 +In My Head
Loving the weather right now, though we could use a bit of rain! I finished an actual book made with paper this weekend—that felt good! I’ll talk a little bit about it in the reading section.

I’m thinking of dipping my toes back into the political realm again. I listened to a Pantsuit Politics episode and got a little bit of information about what is going on in the world but I’m not sure I’m completely ready yet. I have also started trying to listen to NPR and Democracy Now a little bit, but we will see how long that lasts!

Not a lot these days. With full evenings outside and a child who likes to boycott bedtime, I frequently don’t get to watch on time the few shows I am still keeping up with. Better Call Saul is back for its third season and is decidedly taking its turn into Breaking Bad territory. Yellow tint and all. My dad said he stopped watching after the first season but I think my brother is still on board and so far I’m sticking with the show. It’s a slow burn but I’m really enjoying it!

Call the Midwife is back again with new midwives and new stories from London’s East End in the early 1960s. I like how the show merges culture from that time and it is interesting to see the slow change from midwifery in homes to midwifery in hospitals and now the show is looking at how even the smaller medical outposts were being phased out for the latest and greatest in medical technology in the form of larger hospitals. I always get wistful after each episode.

And The Big Bang Theory is hitting it out of the park this season with some honest, if brief, segments with Bernadette and how she’s dealt with everything from breastfeeding to deciding to be a working mom. It is affirming to see that story woven into the show.

The one show I am looking forward to, with trepidation of course, is the Netflix adapation of Anne of Green Gables. I’m not sure how I’m going to handle a non Meagan Follows, Jonathan Crombie, Colleen Dewhurst saga. I’ve been mulling over an entire AOGG series re-read for a year now and just haven’t settled in to do so. The entire LMM collection is begging to be revisited.

Plants digging deep and getting ready to go all out with summer’s pending heat and humidity.

Ok, seriously, I’ve been thinking of getting it cleaned up and in shape because Forest seems like he might be ready to spend 30 minutes at a time in there with me in the coming months. I’ll have to get him set up with his own craft items but I see this being something we can do in the evenings when it is dark again. We’ll see!

Evvvvvverything! Savoring it all and a separate post or posts is/are coming soon!

As I mentioned above I finished an actual paper book over the weekend, Michael Pollan’s Second Nature: A Gardener’s Education which was written in 1991. I’ll probably write more about it when I do an April and May book report later this month, but it was a treat to read. For a 25 year old book, things haven’t changed and they’ve changed. I think the one thing that really stuck out to me was the language being used around climate change and how less confident people were about using it and stating equivocally that it was human influenced/induced. Ah, a quarter century changes everything!

I’ve been reading quite a lot lately, though am finding myself in a slight lull right now. That’s to be expected, I always seem to have a pause for a week or two before digging back in.

One of the more timely and relevant posts, especially for Florida outdoorists and hikers, would be this post from Florida Hikes: Closing the Big Bend Gap. It is about the recently opened gap after a huge swath of timber lands were sold and the trail has had to be rerouted. I think I was hoping it was a temporary affair but it looks like the Forest Service wants to make it permanent, which I think is a travesty to that section. I need to read the proposed reroutes and submit my comments and have got to find some time to do this. One of the proposed reroutes also avoids the Aucilla Sinks which is a HUGE travesty—that area is super cool and worth taking the trail by.

I’m due for another Florida Trail In The News round up, so maybe I can get one up soon.

I just finished a 2.2lb bag of Ruta Maya coffee the other day. I get mine at HEB and it lasts about a month. The price at HEB is steller, about $16 for that bag, a price you don’t find easily with coffee in that quantity. I’m back to a dark roast Starbucks blend for the time being.

My kombucha scoby bit the dust, again, because I neglected it. I can get another bit from my mom if I want but I’m so bad about being consistent with drinking the kombucha that I don’t know if I want it. I need to look into small batch kombucha brewing. I just can’t drink the amount that the recipe calls for and I’m hesitant to be adjusting ratios. Anyone out there brewed small batches of kombucha before?

+Loving
+I pretty much think about plants and gardening when I’m not focusing on other things sooooo….plants it is!
+Digging into some older episodes of podcasts I love. Some I listened to 3 or 4 years ago but they are great to listen to again.
+Piling up the books to-read. So many books! I mostly flag them in HooplaDigital or Goodreads.
+Tomato season is upon us!
+Blackberry season is upon us, too!
+Toddlerhood turning into little-kid-hood. Yes, I miss Forest being little bitty but having him talking clearly (for the most part) and being able to follow directions (for the most part) and doing more things a independently has been wonderful. He’s also interested in watching us do things in the kitchen, which is fun too! And in the last few weeks he has been able to behave himself on the dock and fish with Chris, reeling them in, too! This means he get some quality time with Chris and I can have a few minutes to do something else. It is amazing what changes in a few months at this age!