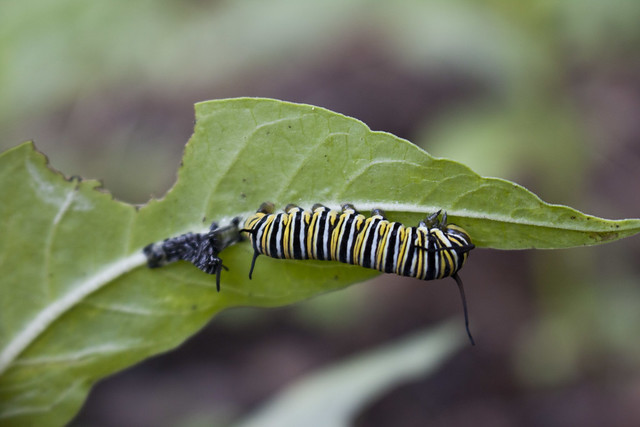 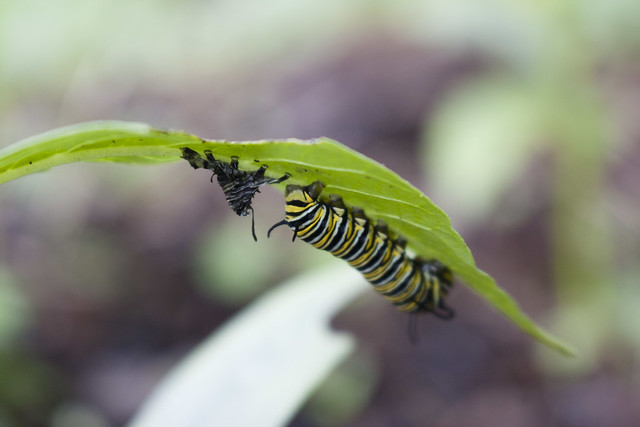 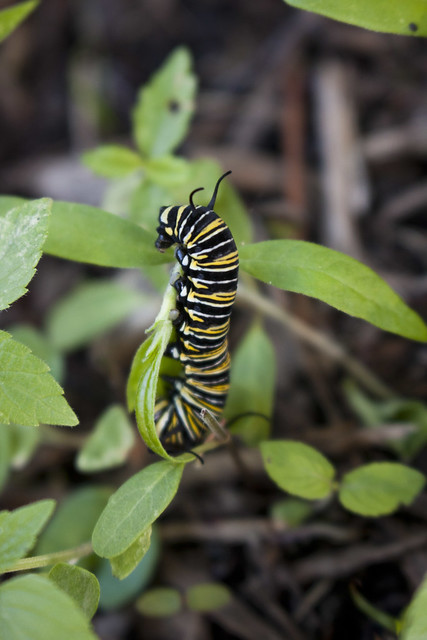 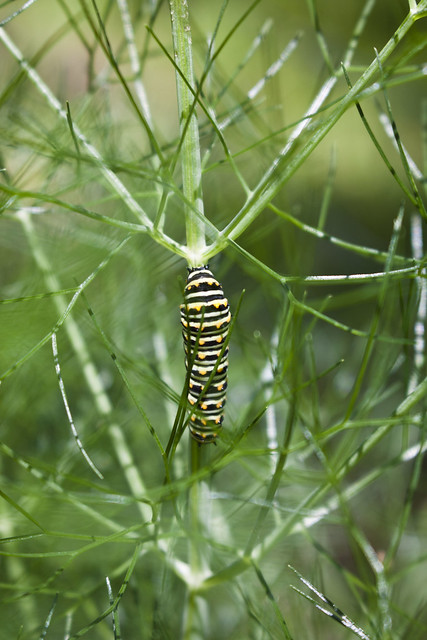 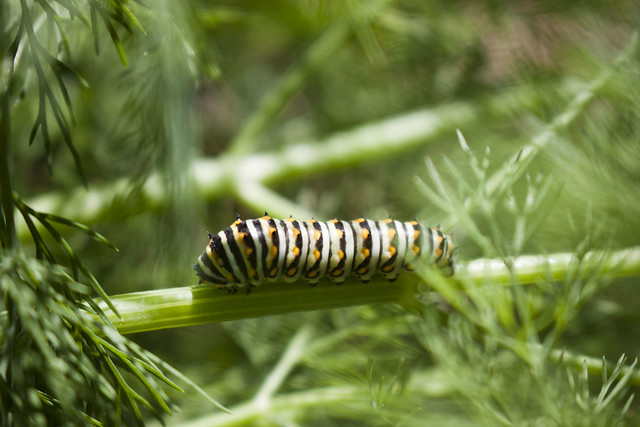 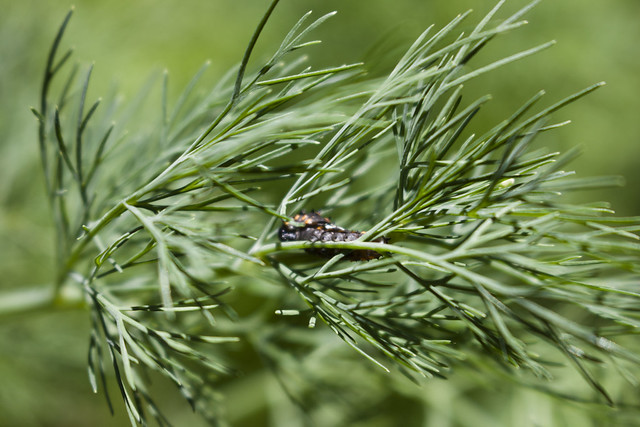 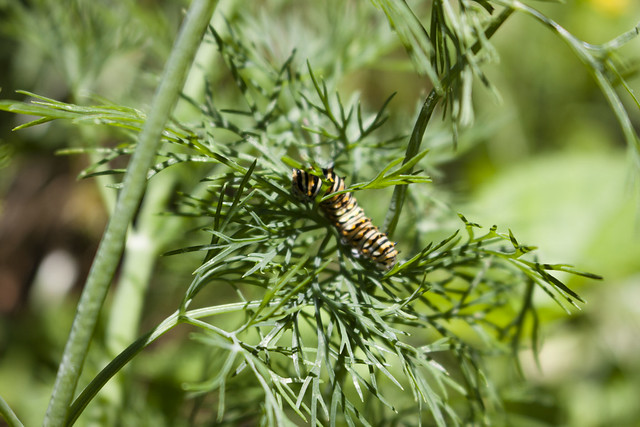 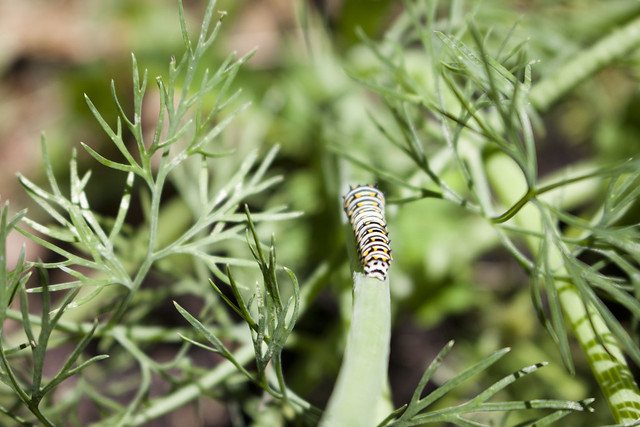 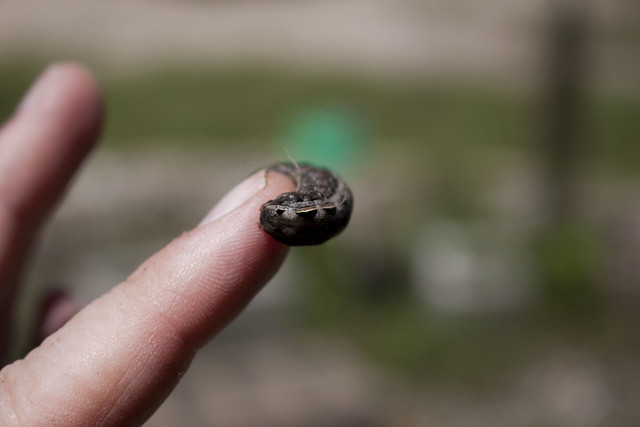 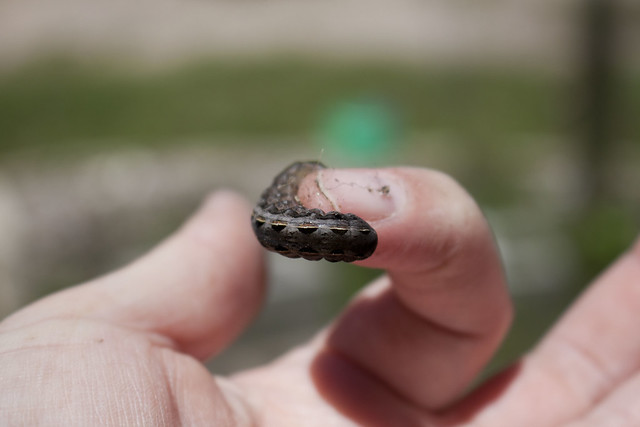 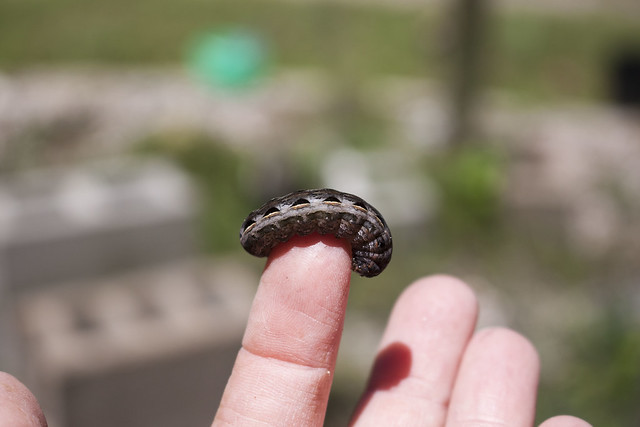 I can’t remember when I last mentioned the monarchs in the garden, maybe back in late March or early April? I think I said that I’d just seen a few monarchs flitting about the yard but hadn’t seen any caterpillars yet—of course a few days later I found several caterpillars crawling all over the tropical milkweed. Keeping up with where they are has been a challenge, mostly because I think the birds might be eating a lot of them. Which is fine, that is nature’s duty, but I do feel like we really should consider the butterfly tents to raise them. Chris was concerned about having enough milkweed in pots to feed them, which he’s right about, but I dug three seedlings up out of the compost and potted those and we have quite a bit that he seeded in a large patch that we could dig another five or more plants up to pot and rotate out for feeding them. And the larger plants in the garden are already flowering which means we will have seed pods soon, which means we can easily start more seeds this summer to get more milkweed growing. Purchasing milkweed can be expensive if you can’t find it in 4-inch pots; often they are in gallon pots which are sometimes priced around $8 at the good, non-pesticide using nurseries.

My if-you-plant-it-they-will-come theory for the black swallowtails worked. Most of the dill that I planted in late fall/early winter was knocked back by the freezes but apparently whatever we grew in the garden last year reseeded itself heavily all over the place and we’ve got dill coming up everywhere. Which is totally fine by me because I’m working to dry it and save the seed for pickling, but it became a buffet for the black swallowtail caterpillars, too. I even saw one of the fennel that I had bought for them! But, when one day I had found upwards of 20+ caterpillars in various instars around the garden a few days later I was having trouble finding them. I think, again, the birds got to them while they were foraging strawberries and tomatoes, too.

The last one is a caterpillar I found while I was pulling weeds out of the cactus bed. I’d finally decided I’d had enough with the weeds in that bed—-we’ve been avoiding really weeding it for over a year now, though we’ve pulled some here and there, we’ve never tackled the whole thing because spines! So I got in there and started pulling and found this chompy friend hanging out in the gravel. I think it is an army worm of some kind, maybe either Spodoptera latifascia or Spodoptera ornithogalli and they turn into moths.

I have a couple of other interesting caterpillars we found recently while at Brazos Bend State Park but I still need to process those photos.