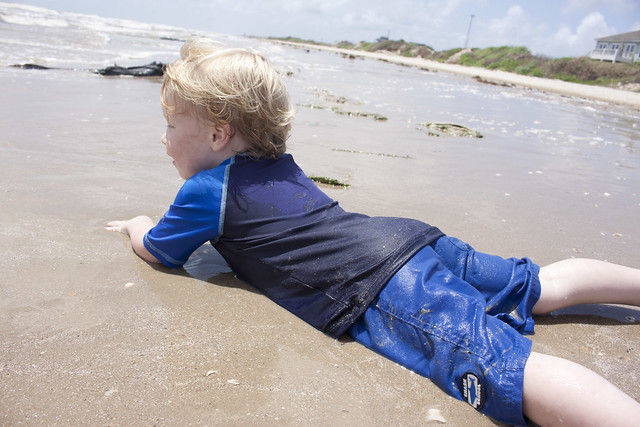 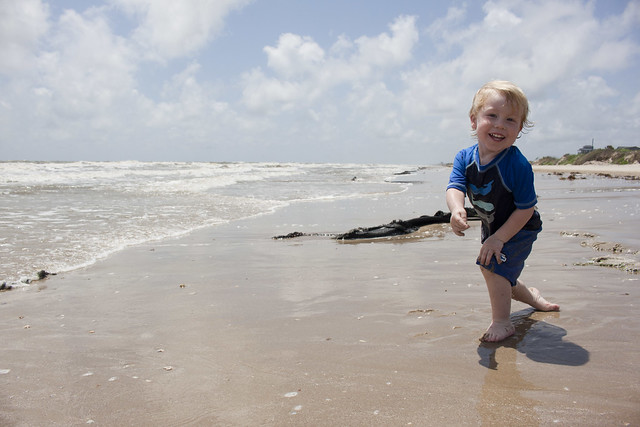 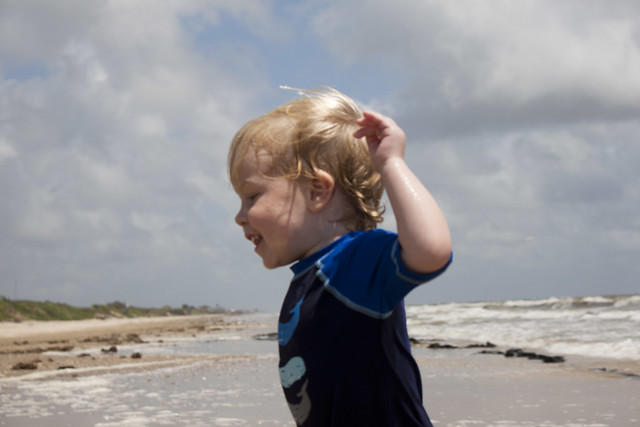 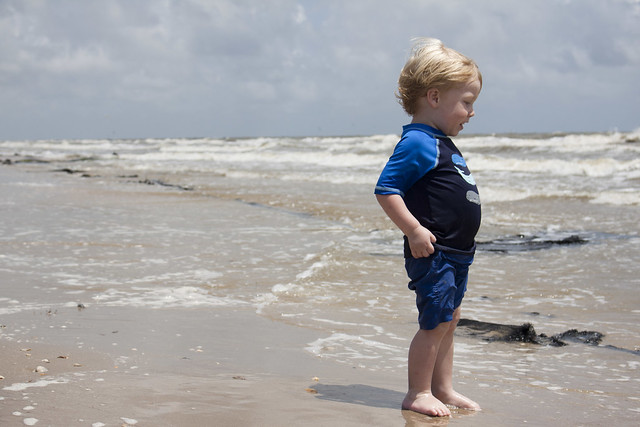 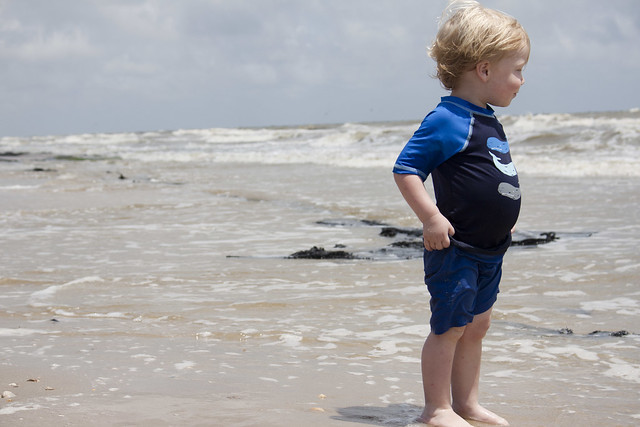 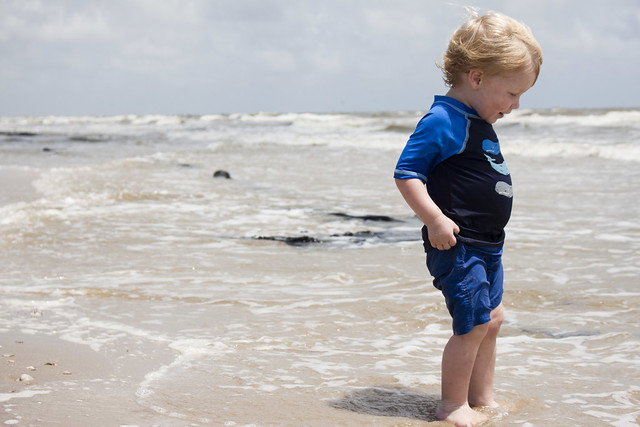 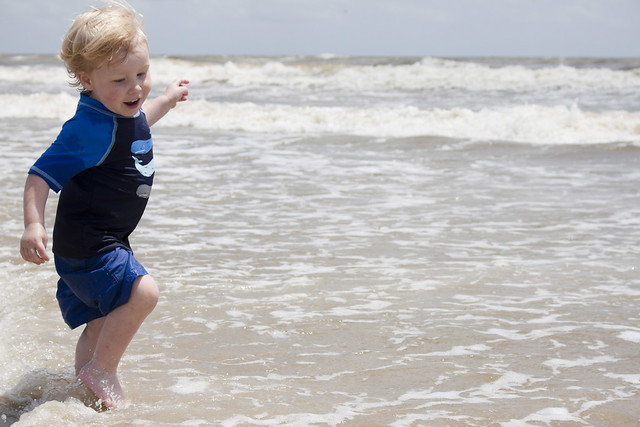 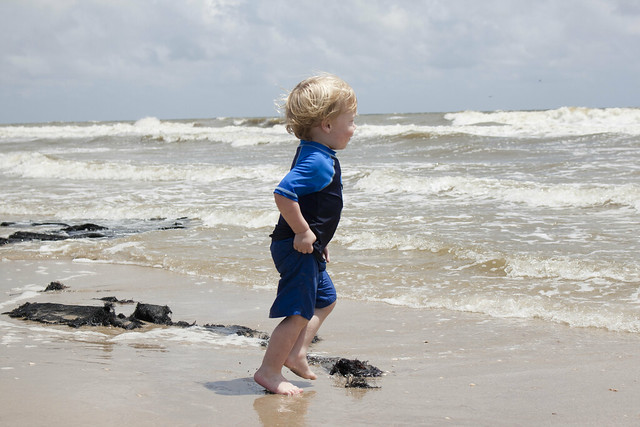 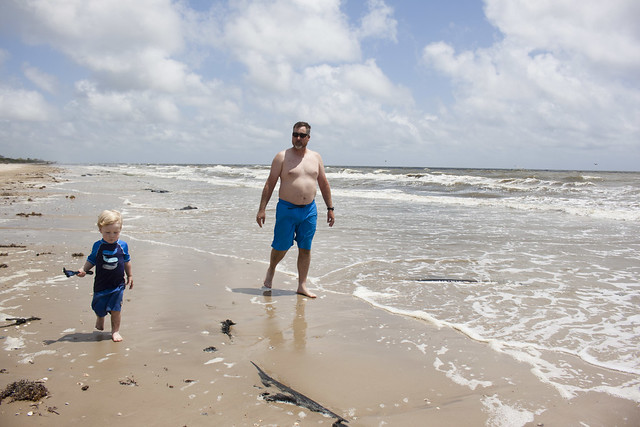 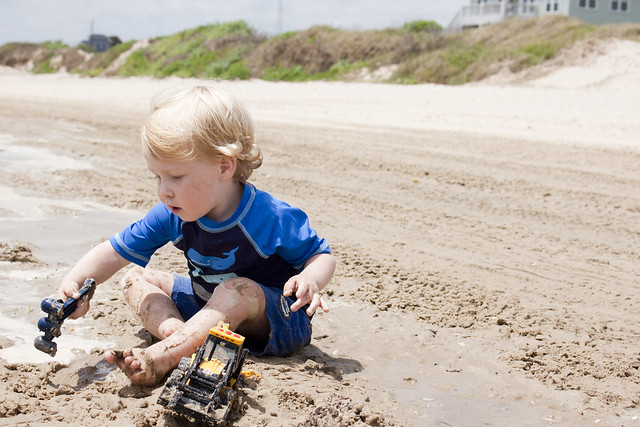 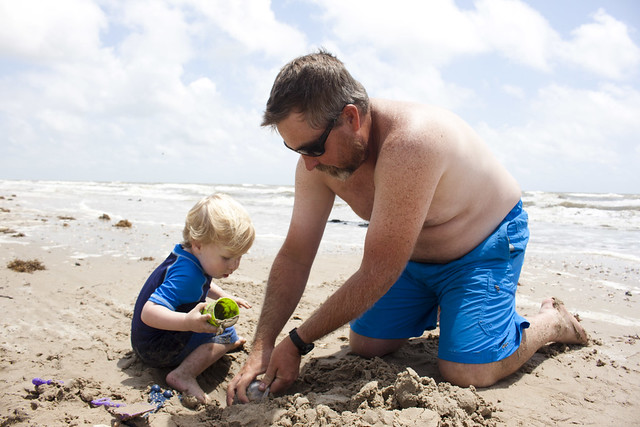 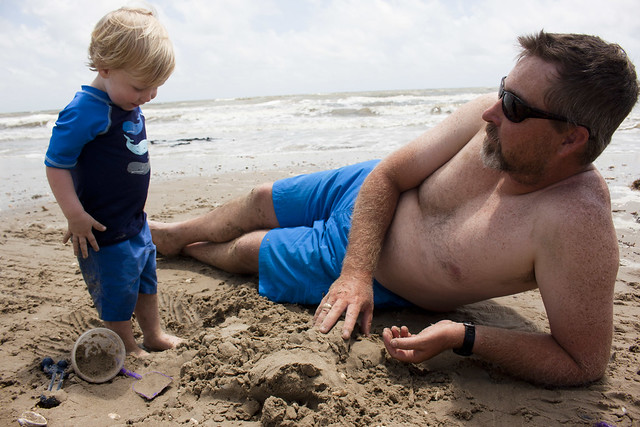 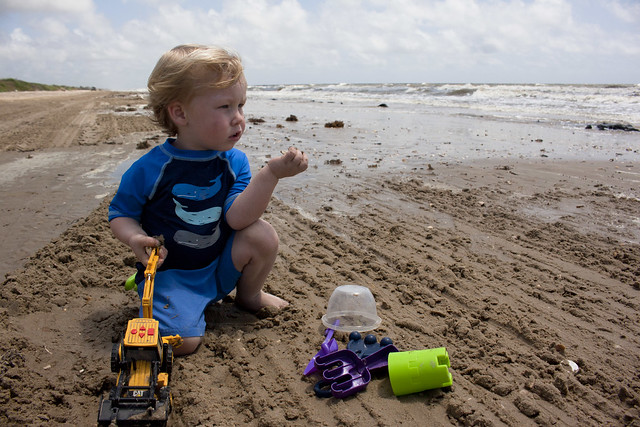 Forest and I are here at home this morning and I’m listening to a PBS cartoon and some eggs boiling before we head off in 30 minutes for a doctors appointment. Some inconsolable crying resulting in Forest finally telling me that his ears were hurting this morning at 6am. *sigh* Last September for his 2 year checkup at the pediatrician, the doctor was fairly certain one of his ear tubes had fallen out. Now I wonder if the other one is out and we’re back into ear infection territory. After some Tylenol was administered and some cuddling on the couch he is now acting like everything is normal but I know kids are a lot more happy-go-lucky when they are not feeling well, so off to the doctor we will go just to see what is going on.

The last six or eight weeks Chris has been working on and off over on Bolivar peninsula for a beach renourishment project. It is a close enough project that Forest and I could drive down there for the weekend when Chris was working so we’ve spent a few weekends doing some beach related activities down that direction. I’ve not spent a ton of time on Bolivar despite living in Galveston for four years in college so it was interesting to see that area a little more. If you recall, Bolivar was obliterated by Hurricane Ike back in 2008. On Mother’s Day we ate at a restaurant near Rollover Pass that had a photo showing how it was the only building that was still standing in the vicinity after the hurricane. Pretty surreal!

This growing out of toddler and entering little kid phase of life is pretty great for the most part and one of those items is going to the beach. Forest loves the beach and has been having fun playing in the surf zone, building sand castles, and looking for shells and sea glass. I definitely see him boogie boarding and maybe surfing in some distant (really, not so far distant—-*sobs*) future.

The black you see in some of the photos appears to be a beach stabilization project gone wrong. Bolivar peninsula is highly eroding—hence beach renourishment—and it was rather ugly seeing that plastic coming up off the sand.

An interesting article from Texas Monthly: My Frail Island