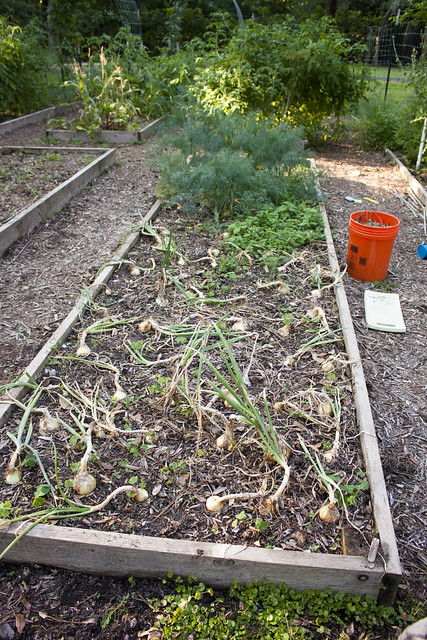 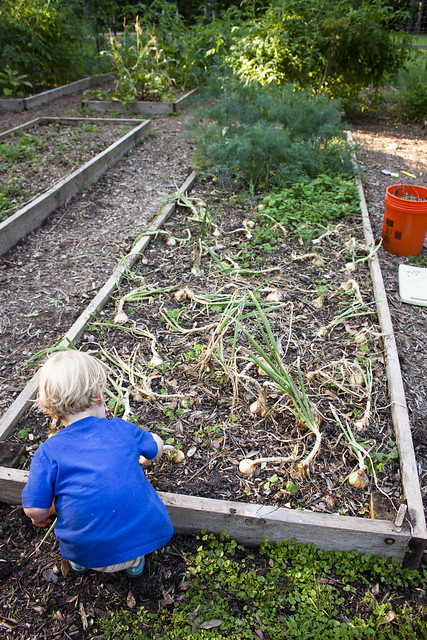 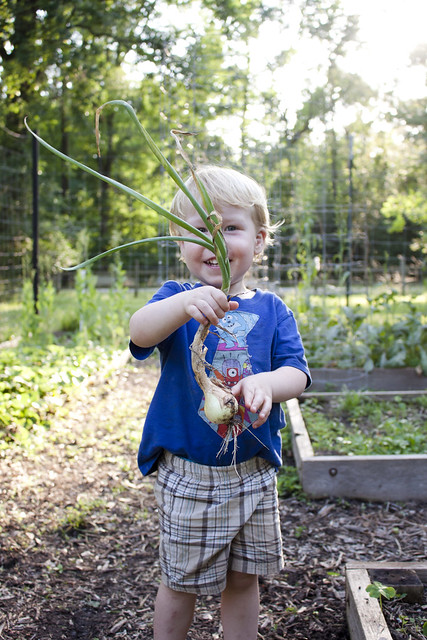 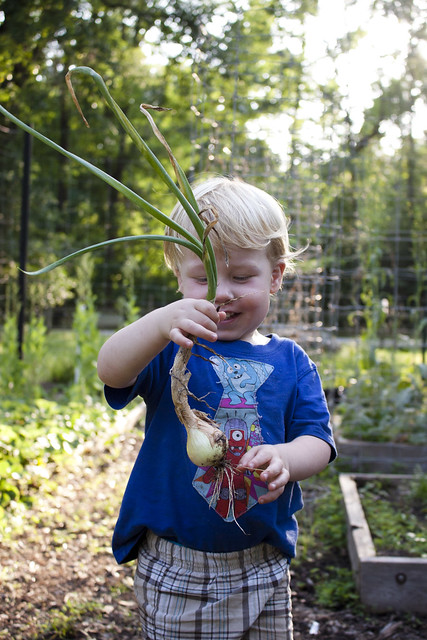 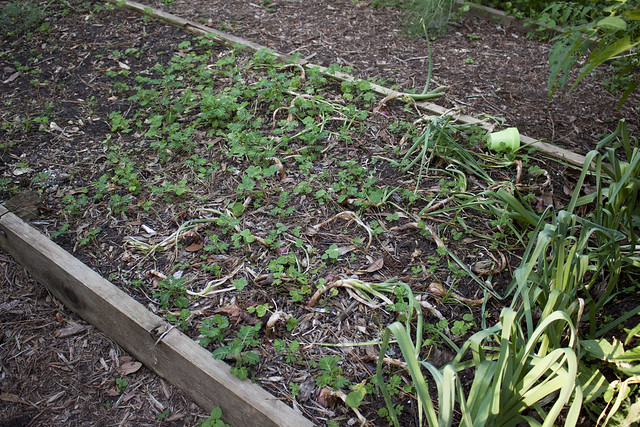 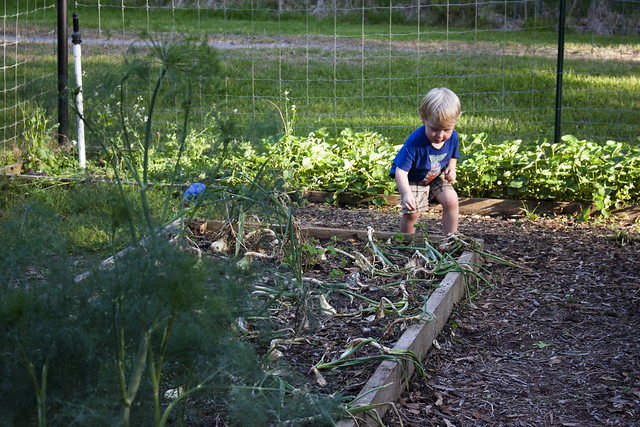 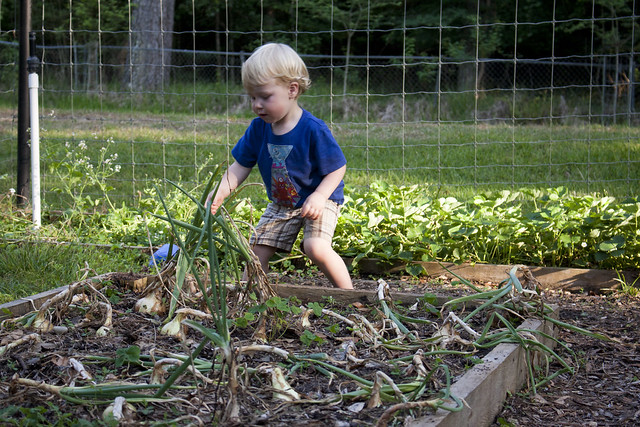 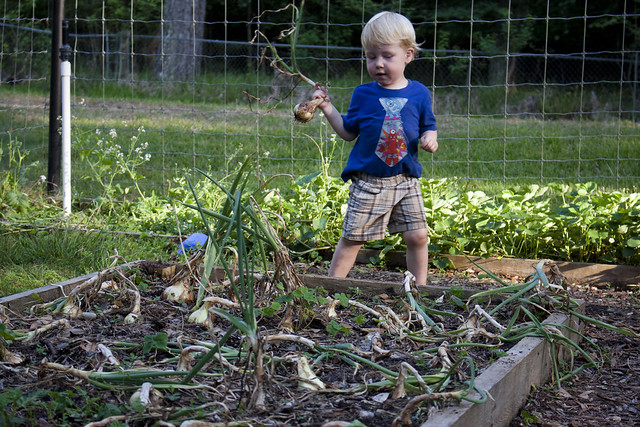 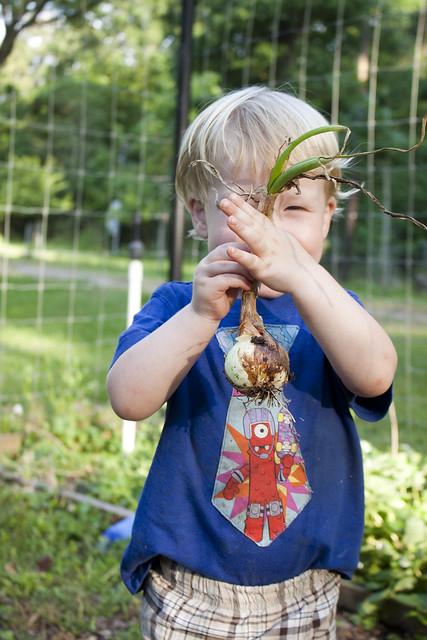 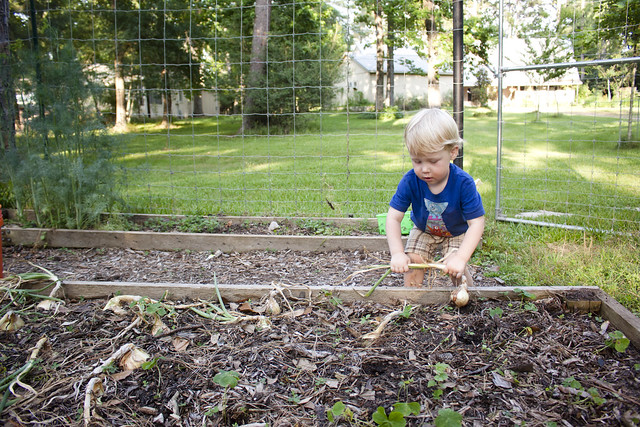 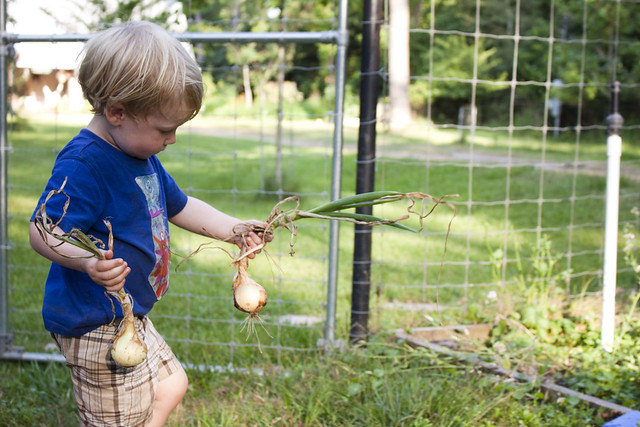 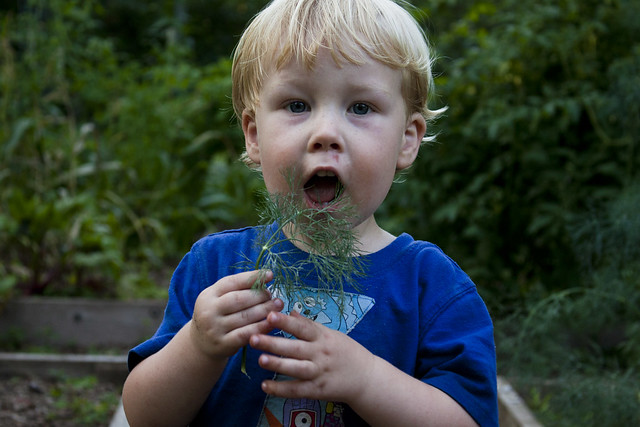 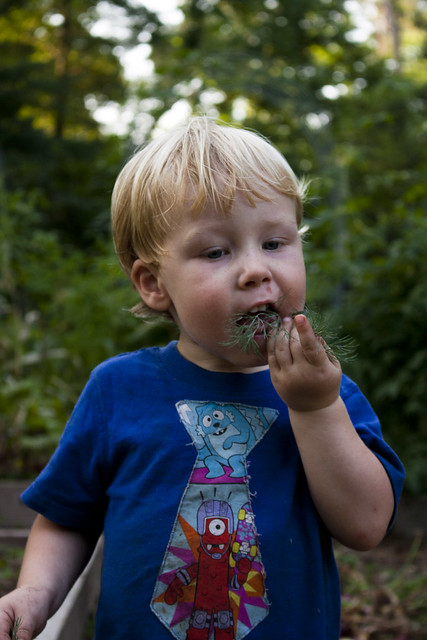 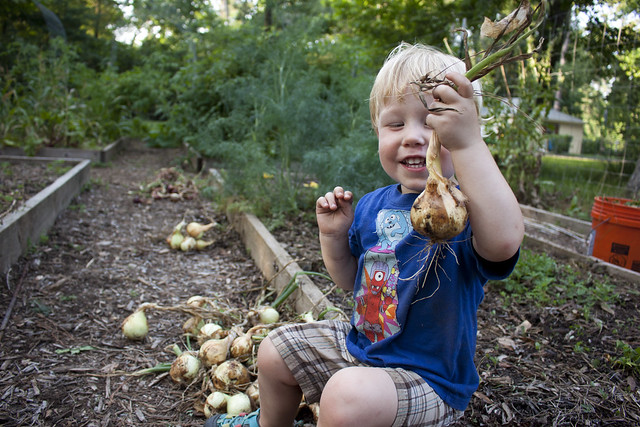 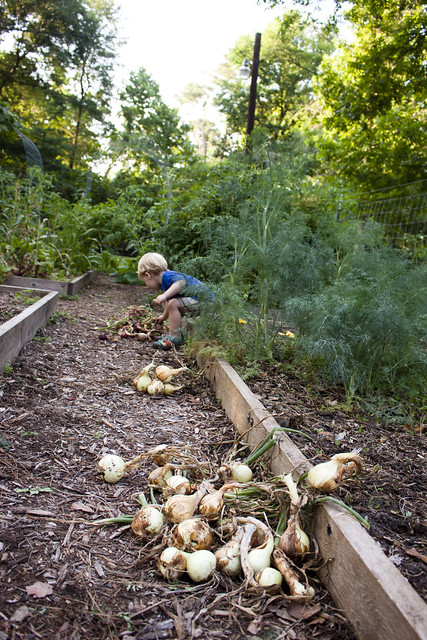 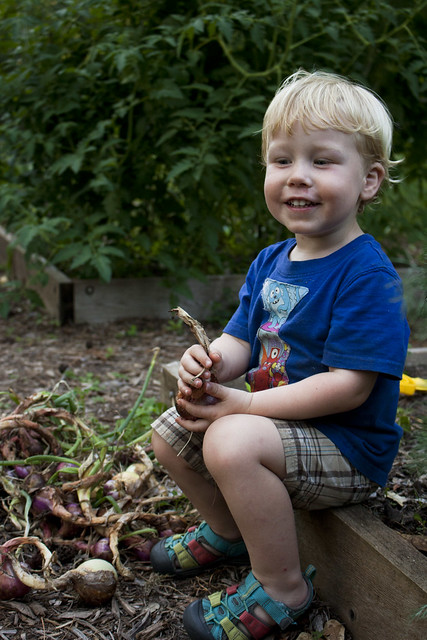 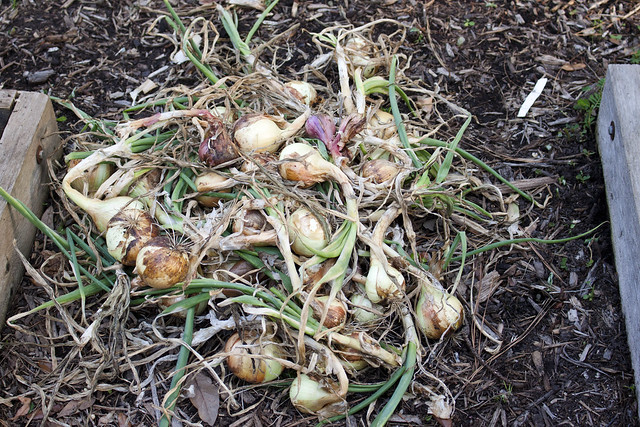 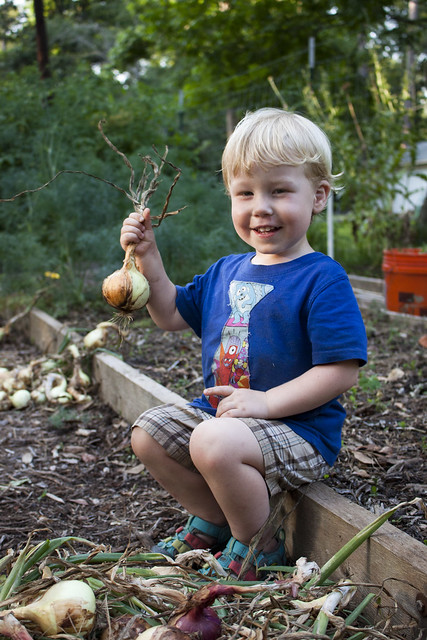 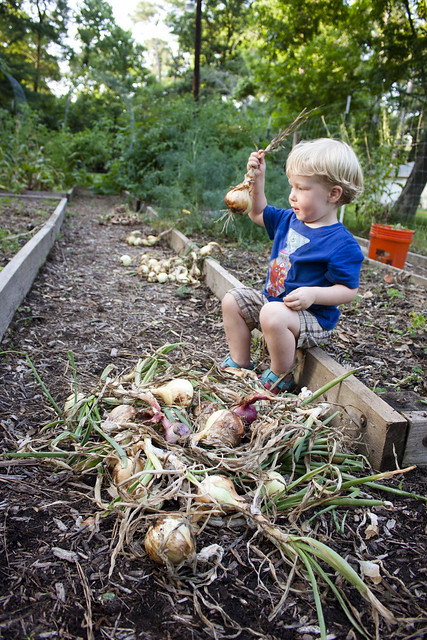 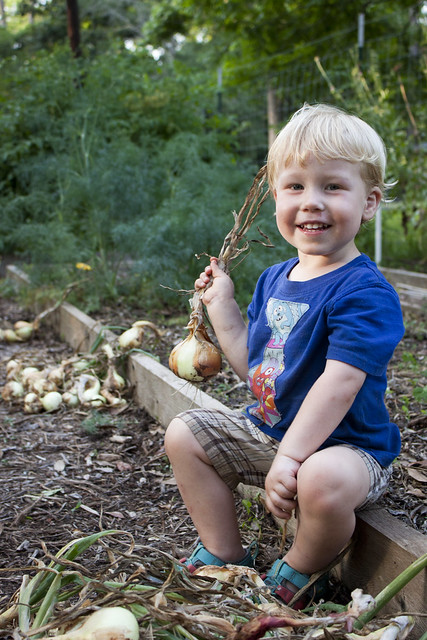 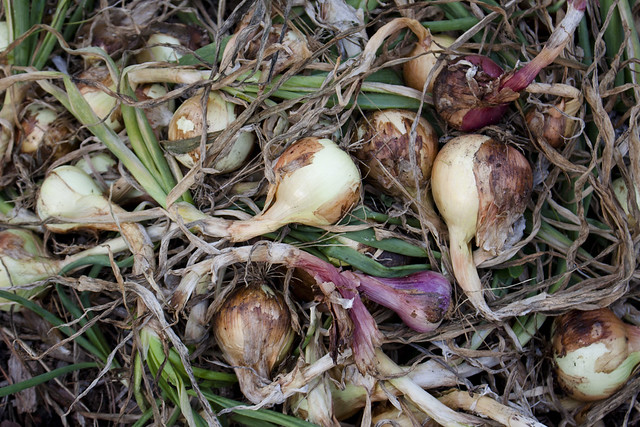 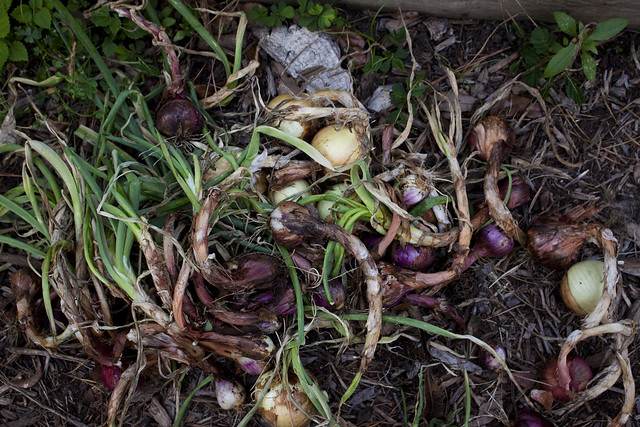 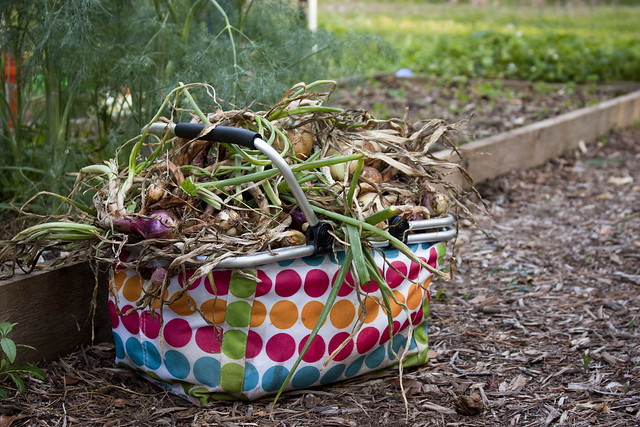 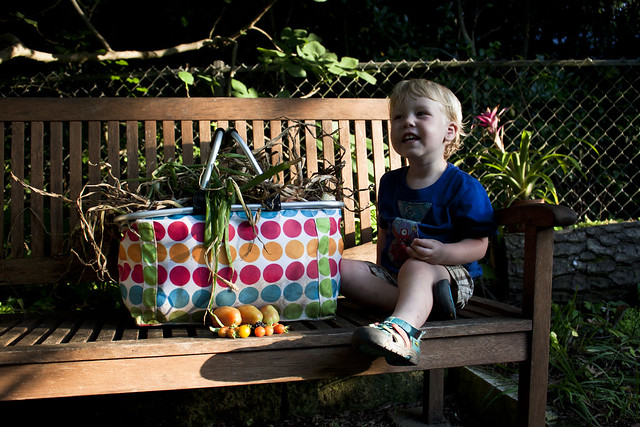 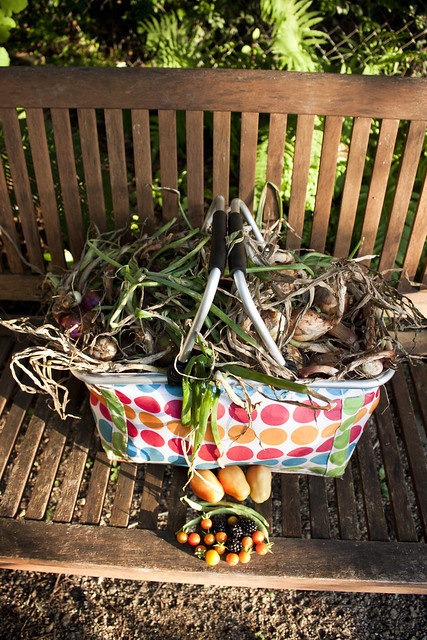 Forest and I pulled onions about two weeks ago. I’m trying to remember the last time we had a really great harvest, maybe this one 5 years ago? I think we’ve had one or two since then but I know for sure last year did not give us much of anything due to you know, floods.

Forest had been itching to pull them for weeks because they were already starting to become ready to pull, easily liftable from the dirt. So when I told him one evening we were going to pull onions he was ecstatic. I barely had to pull them because he was lifting them out by the handful and I had to slow him down so he wouldn’t break the stems before we could dry the onions for storage. He’s been a great garden helper for the most part, loving to plant seeds and pull fruit and vegetables when they are ready. Of course he gets in moods where his toddlerness comes out and I just have to stop everything and get him out of the garden before he goes on a rampage and pulls things he isn’t supposed to.

The onions, once cured, will be stored in the pantry, some will be chopped and frozen, and I’ll pickle some with cucumbers, too. I think there is definitely a sweet spot with onions, weather-wise, and they definitely like it a lot drier than it has been in the last two years here. Some rain but not too much, and decent well-drained soil. Which considering where our garden was placed, in a raised-up low spot in the yard, can sometimes be hard to come by during those wet years. So, hooray for a great onion season! I dream of the day we can magically become garlic growers—not our successful crop to plant.

What are you harvesting now?