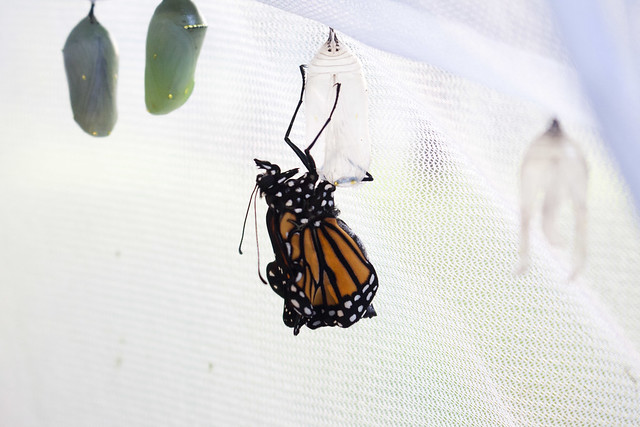 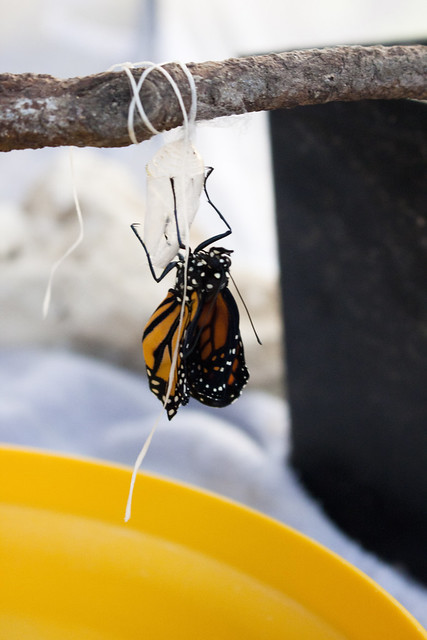 The lepidopteran show here at Tadpole Hollow is full swing. I thought I had a bunch of monarchs back in August but nope, the migration is really in full swing now. I have caterpillars and eggs out my ears and I’m doing my best to raise what I can though most are doing their own thing out there on the milkweed. 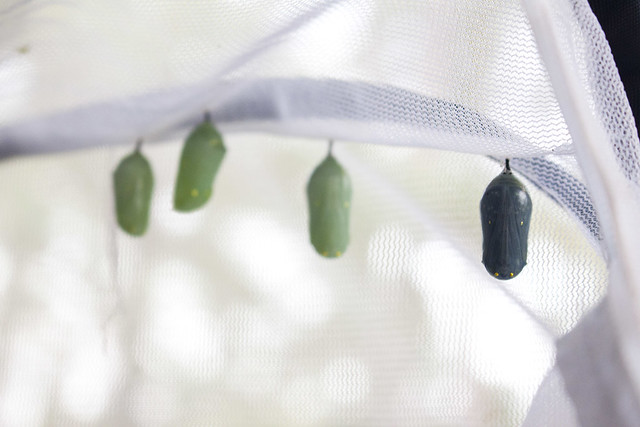 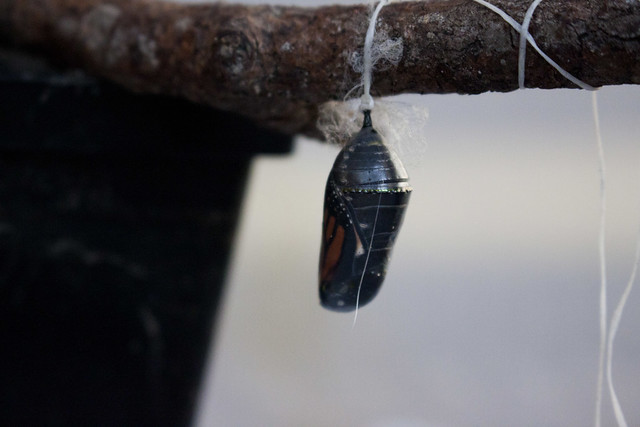 Raising the monarchs are been educational and rewarding but also a little heartbreaking at times. Smaller caterpillars just up and disappear, probably chomped on by their larger counterparts because they don’t know any better, and I had my first case of OE that showed up in a chrysalis just as it was turning to start to eclose. I talked with my friend who has been raising them for awhile and she said to go ahead and remove it because it would never emerge and would just start smelling. I put it in the trash, which felt a little sacrilegious but I didn’t want to spread disease. I suppose I could have just buried it. And this evening I found a deflated caterpillar in the garden hanging from a leaf. Upon closer inspection it looks like it may have been parasitized. I plucked the leaf it was on off the milkweed plant and tossed it all over the fence. Not only that, but it looks like I might have my first failure-to-pupate in the tent tonight. The caterpillar is still alive, I think, but it doesn’t look good. For that, I am a little bummed. It looks like there could be various causes so it isn’t like I will have some kind of miracle answer. 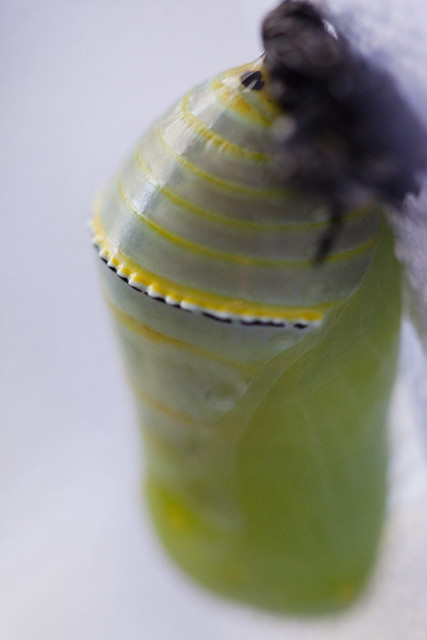 The best part of the monarchs recently has been being able to show my parents and niece and nephew the emerging butterflies and releasing them while they were here for a visit recently! 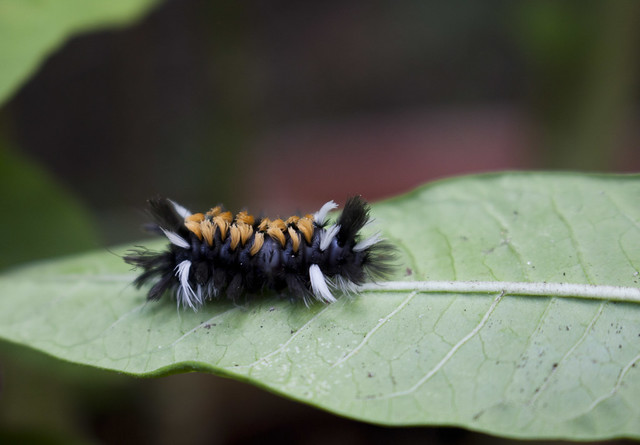 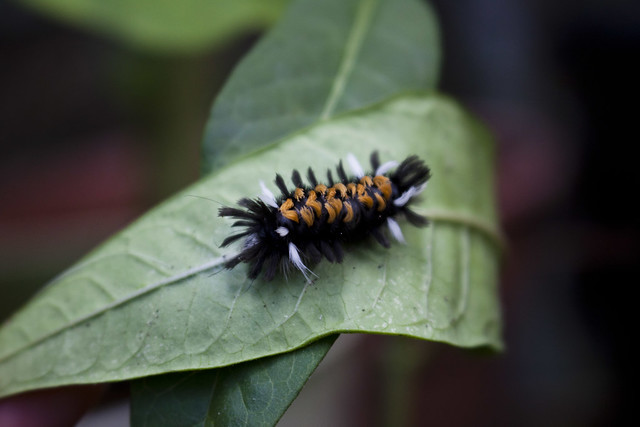 In other caterpillar news, I was inspecting some of the milkweed on the potting bench over the weekend and found my first milkweed tussock moth caterpillar! I’m very excited about this! I moved it over to the main garden milkweed so it wouldn’t eat up all of my container milkweed and later I found a second one! Since they pupate underground I won’t be trying to keep them but finding this caterpillar heartened me that our garden is hosting an array of caterpillars. Now, if I could just entice those red admirals to feast on my false nettle! The question mark and commas also use this plant but I have never seen one in my yard—doesn’t mean they aren’t here, just that I’ve never seen one. I have seen red admirals.

Joining in the butterfly bonanza lately but without photos have been various sulphurs, gulf fritilaries, and painted ladies. The gulf frits are just now really coming in heavily and I have noticed them laying eggs on the passifloras, too. At lunch today I saw an adult flying and remembered to go and check one of the Passiflora lutea vines where I saw a female laying eggs over the weekend and sure enough, there was a caterpillar! 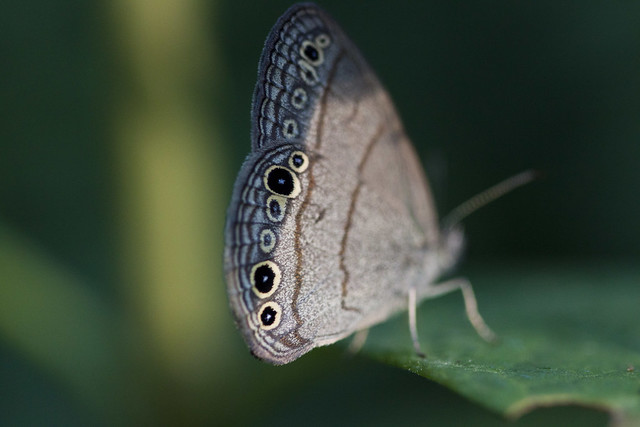 And finally, this little butterfly, a Carolina satyr. But I’m not 100%, kind of how I was back in July 2016, but I’m using Forest’s new handy-dandy laminated fold out butterfly guide and I feel pretty confident this time around.

I will try to get some more garden updates soon! I seem to been in a cycle of write a bunch of posts-take several weeks off so maybe I can get into the first part of that cycle once again!