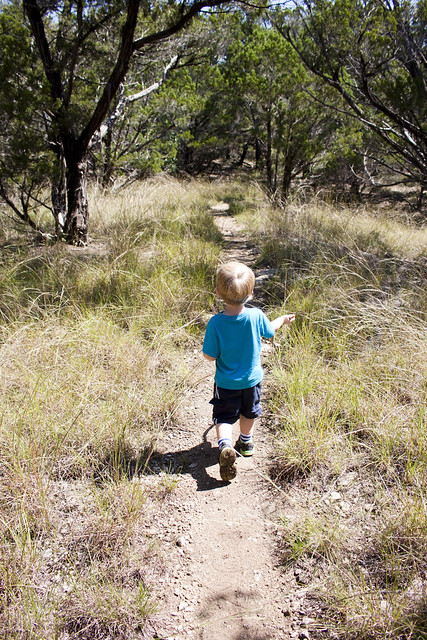 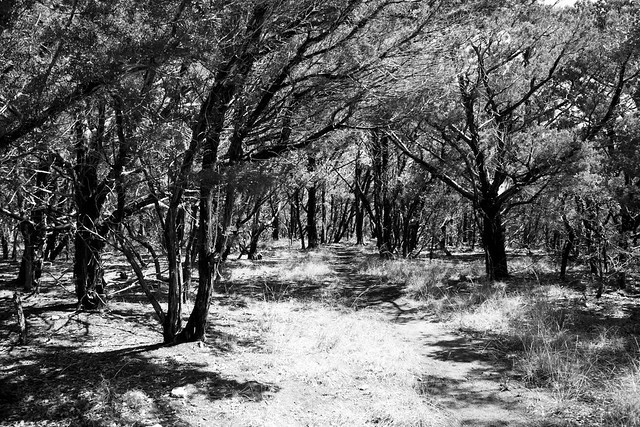 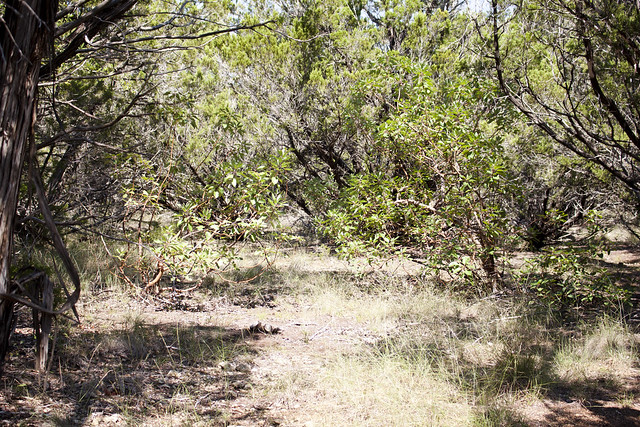 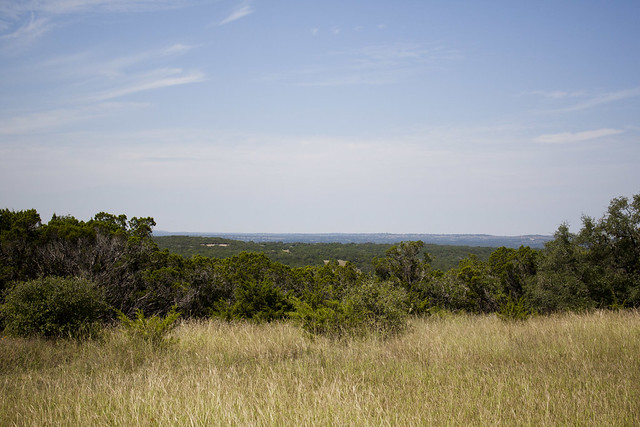 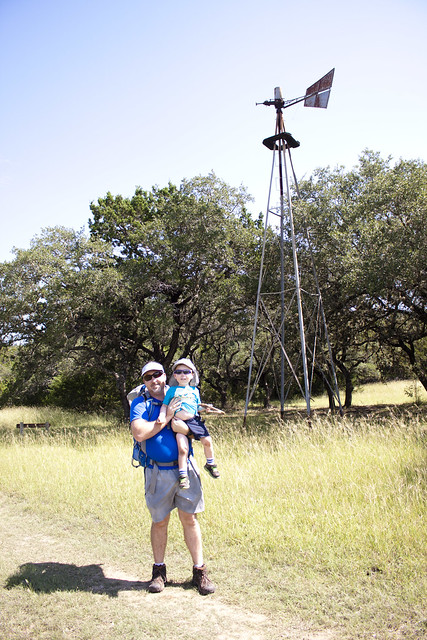 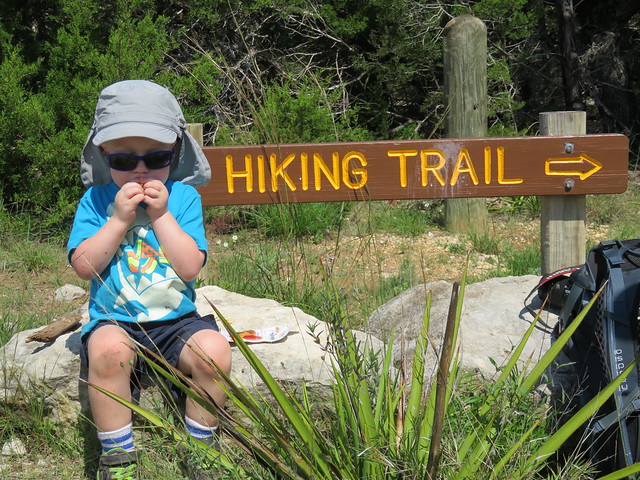 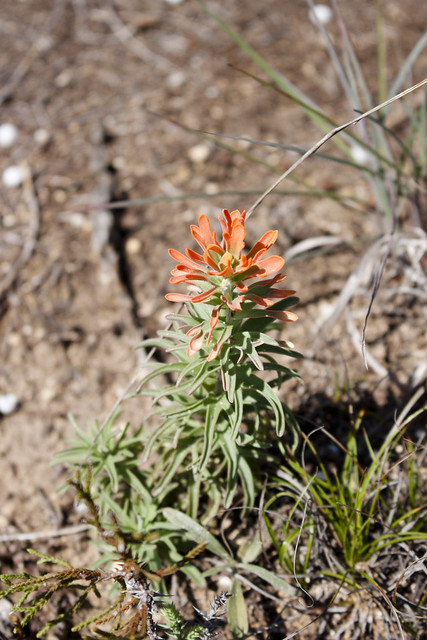 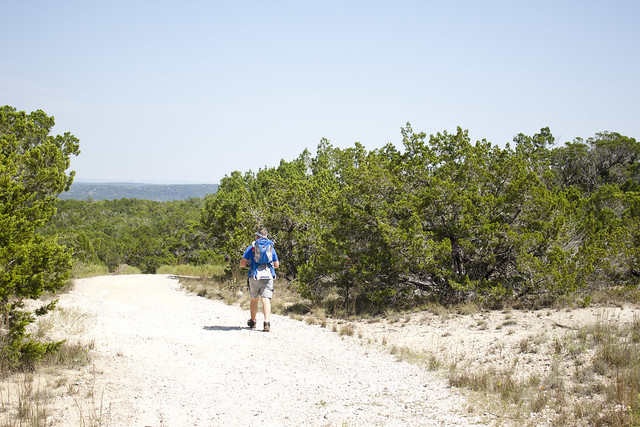 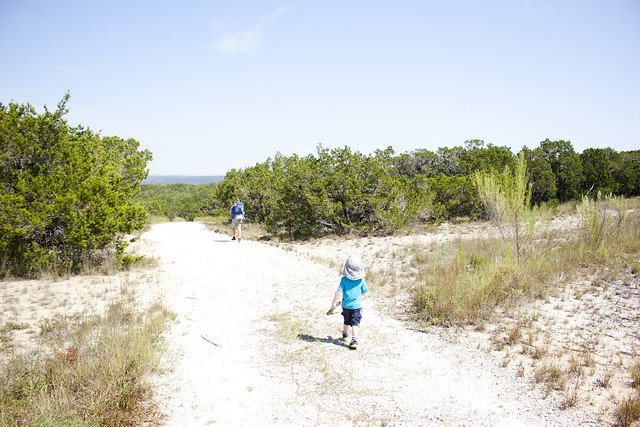 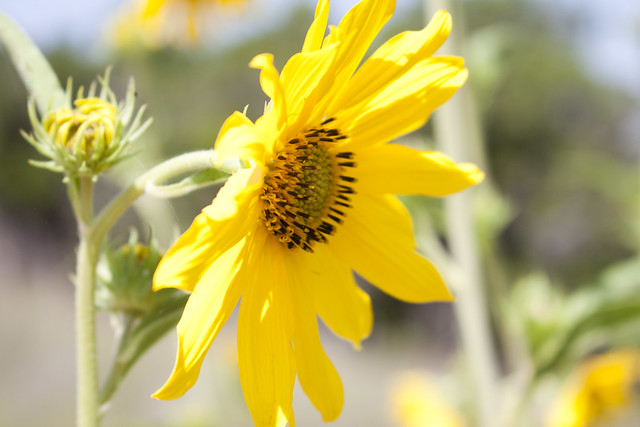 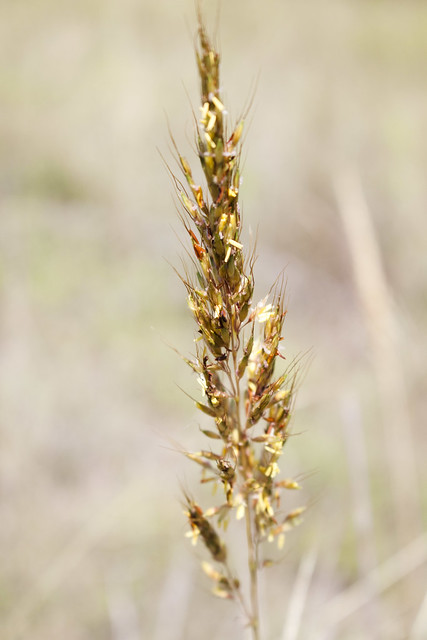 I think this is Sorghastrum nutans, yellow Indian grass. 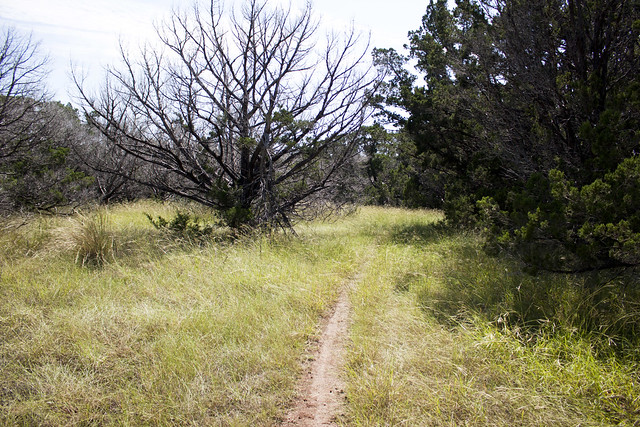 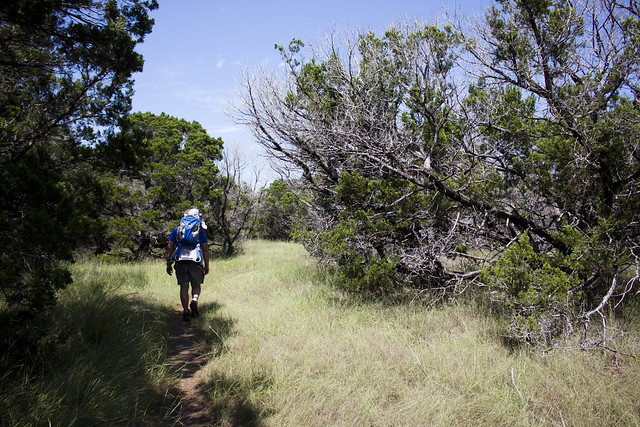 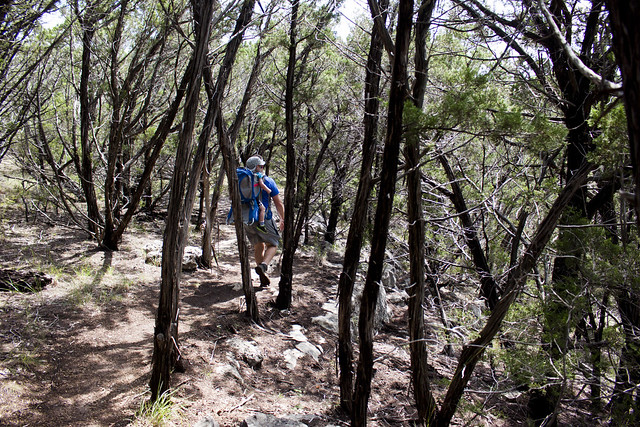 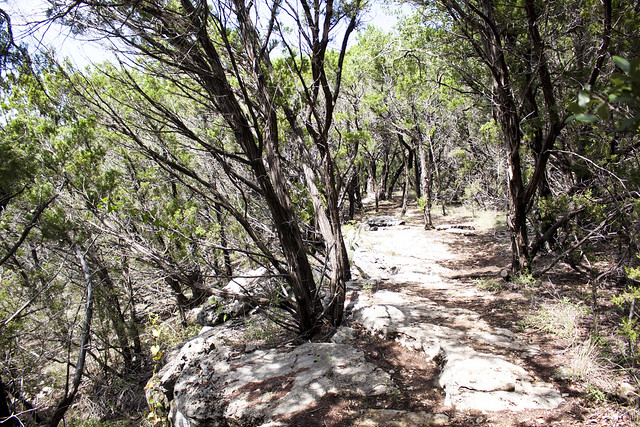 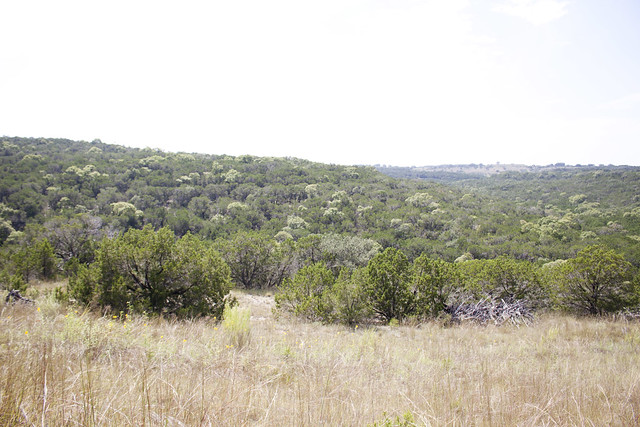 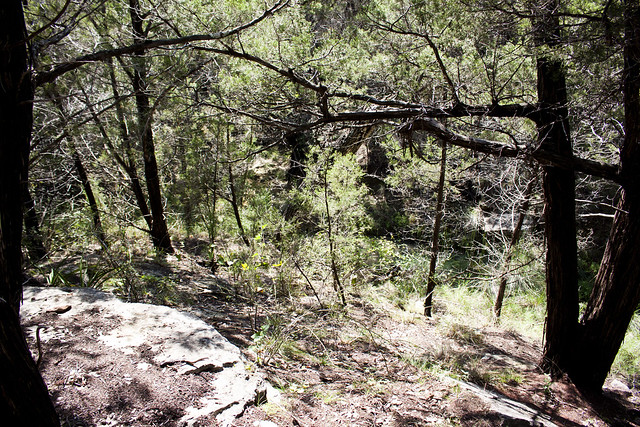 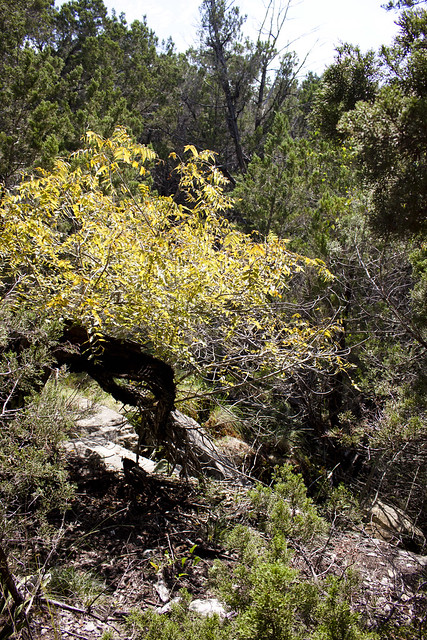 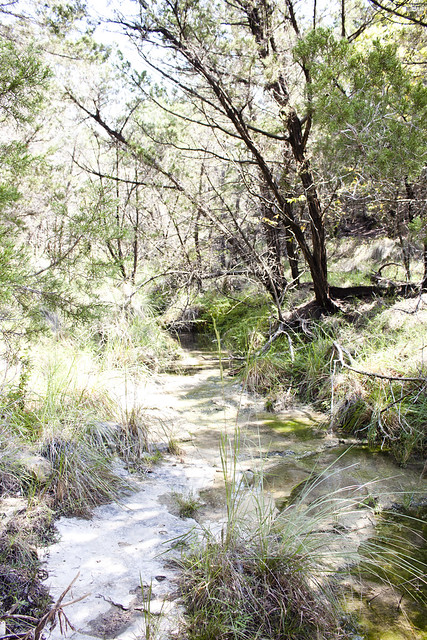 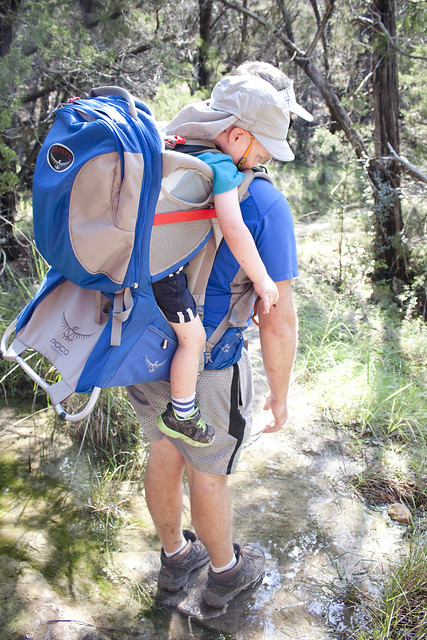 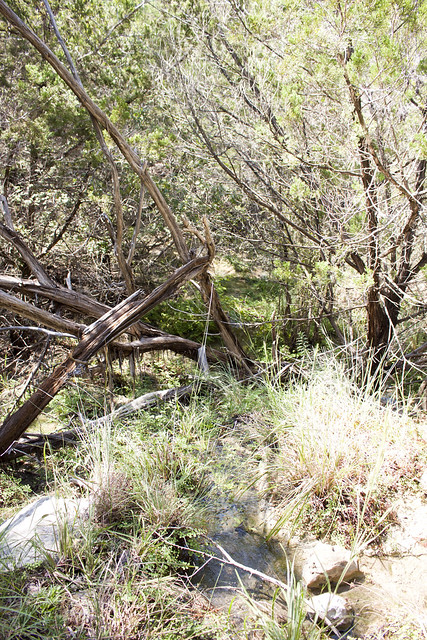 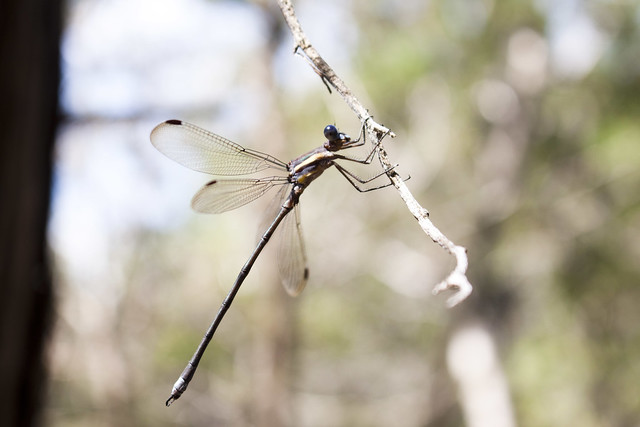 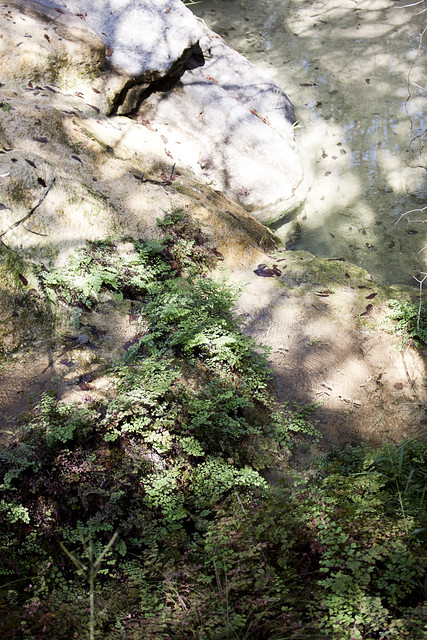 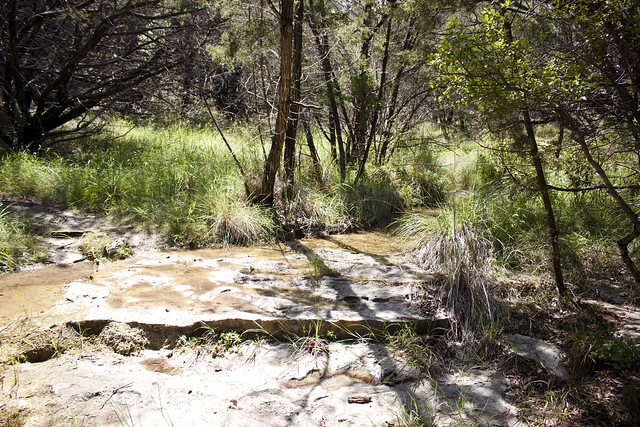 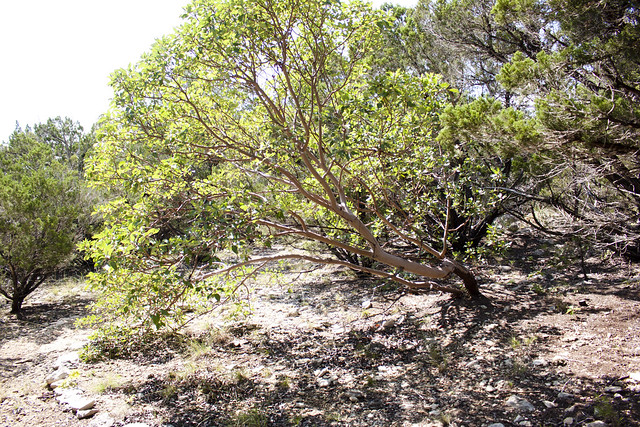 The end of September marked our first camping trip of the season. We drove out to Pedernales Falls State Park, somewhere we hadn’t been since the spring of 2016. Forest was only 1.5 at the time and definitely a little more difficult to deal with camping but this time around he was much easier and definitely more fun!

We didn’t end up doing as much as hiking as I envisioned we would this time around and instead we spent more time at the river and hanging out at the campsite, too. But when we did hike, I wanted to head to the south side of the park and piece together some trails that we hadn’t seen before.

We parked near the SW corner of the park near the trail/road intersection of the Madrone Trail and began walking east on it until it joined near the road again. Forest didn’t want to ride in the backpack at first so he lead the way down the trail. He was a little pokey at times but we managed to walk the 0.79 miles in a decent time frame. Being as it was named the Madrone Trail we were hoping to find some madrone trees! Chris said he had seen photos online of the trees in the park so he knew they were there somewhere but for the beginning portion of the hike were were mostly enjoying ashe-juniper scrub!

Finally we found several small sapling madrones before coming across our first decent sized madrone tree before we arrived at the road crossing and took a break. It had been a cool-ish morning but had warmed up by the afternoon, however we hadn’t really felt the warmth of the sun while in the junipers. Sitting out at the road crossing for a short break made it evident Forest would need a hat and I kicked myself for not putting sunscreen on him before we left. Hopefully he wouldn’t burn!

He was still game for hiking himself so we crossed the road and used the south equestrian loop as a connector trail to get to the Juniper Ridge Trail. We had some options on routes, depending on how Forest was doing with the hike. We lost our shade when we crossed the road and I was glad I had grabbed Forest’s hat for the hike because now it was quite open and while it wasn’t incredibly hot, the sun did warm the day and reflected back up to us off of the limestone road-trail. We stopped briefly at a windmill where the equestrian backcountry camping was located and continued on our way. The equestrian loop was supposed to parallel the second utility ROW corridor but we found a weird turn at the first corridor and were uncertain where the trail actually was. The second corridor was open and walkable so we opted to use it as a connector and we would be able to see where the equestrian trail crossed back over north bound. Worst case scenario, we could stay on the ROW until it intersected the Juniper Ridge trail.

The walk down the ROW was entertaining but it was not graded for hiking and was actually a little steep. Forest had fun climbing up the hills and it was a bit difficult to walk down the slopes because the limestone fill material was not totally stable in some areas. Nevertheless, we wound up finding the equestrian trail crossing and hopped back on it. Thankfully the shade returned not too much further down the trail and it wasn’t long before Forest asked to sit in the backpack. He almost immediately got very sleepy and laid his head on the pack to rest for awhile. At this point he had probably hiked a mile and a half or closer to two miles—not too shabby!

The Juniper Ridge Trail was peaceful, shaded primarily in junipers, of course. We came across a few other day hikers and mountain bikers along the way. Eventually the trail wound down to Butler Creek which turned out to be a beautiful creek filled with wonderful plants like maidenhair ferns. We kept an eye out for chatterbox orchids, too.

What goes down must go back up, and so we wound back up the trail towards the tops of the hills. We’d had in our mind to head into town to Dripping Springs to find some ice cream after our hike so that put the spring in our step for the final stretch back to the car.

Hopefully the next time we return to the park Forest’s trail legs will be developed a bit more and we can explore more of the trails on the back side of the park!

3 thoughts on “Piecing Together Trails at Pedernales Falls State Park”