Ah, let’s flash back to Thanksgiving of 2017 once more to wrap up our hiking adventures there, shall we? We haven’t ventured out much so far this year, though I do have some photos to process for one night of camping a couple of weekends ago. I’m hoping that in a few short weeks the weather will warm up enough that we will want to be venturing out much more often! Actually, it isn’t that the weather hasn’t warmed up (finally!), just that it seems to be that we have inclement weather on the weekends lately, which doesn’t make for a large desire to be outside.

Onward to the hike! 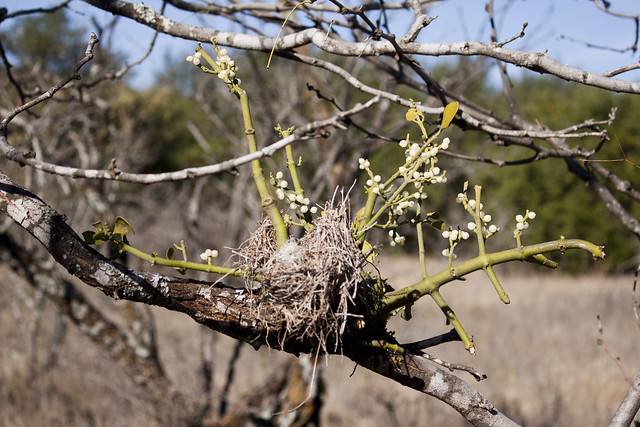 We hit up the Nopales Ridge Trail at Lake Brownwood State Park for a late morning hike during our Thanksgiving trip. The parking lot was deserted and we ended up being the only ones on the trail until closer to lunch time when we passed a couple of people out hiking. As we came around a bend into an opening I saw this mistletoe, initially thinking it was an orchid! Hah, I know, old habits, but that’s what I thought until I shook myself out of plant dumbness and realized it was mistletoe. 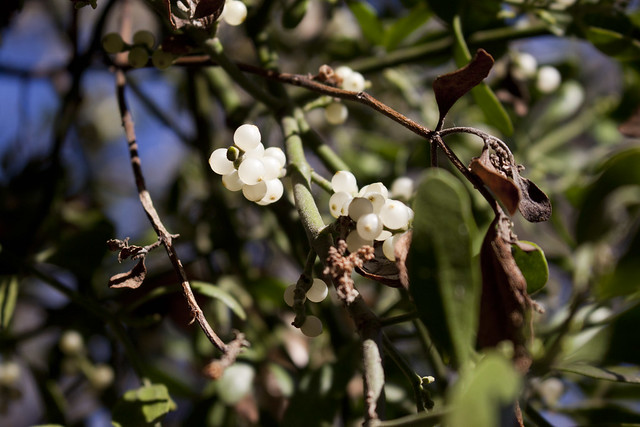 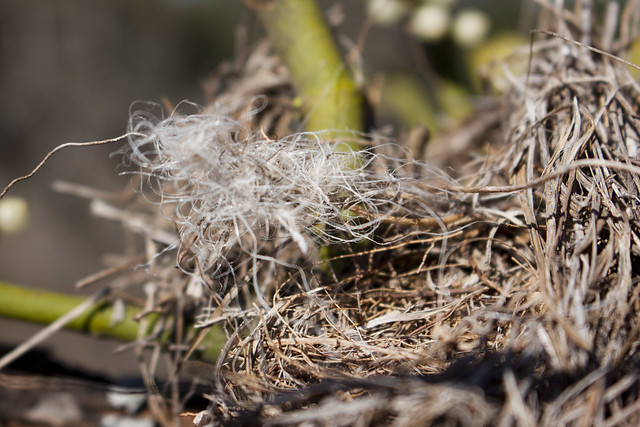 We noticed there was a small birds nest tucked into the plant and then I found that there was fishing line making up part of the nest. I attempted to pull it out but it would have destroyed the nest so I gave up. 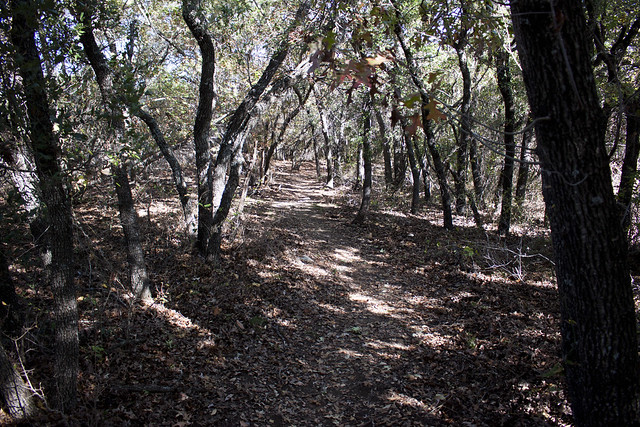 Part of the trail wound through little oak mottes with openings to the prairie. We wound in and out of both of these habitats frequently. 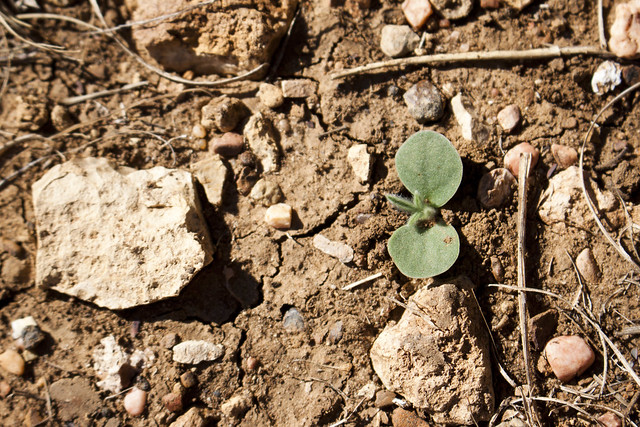 A bluebonnet seedling prepping for spring! 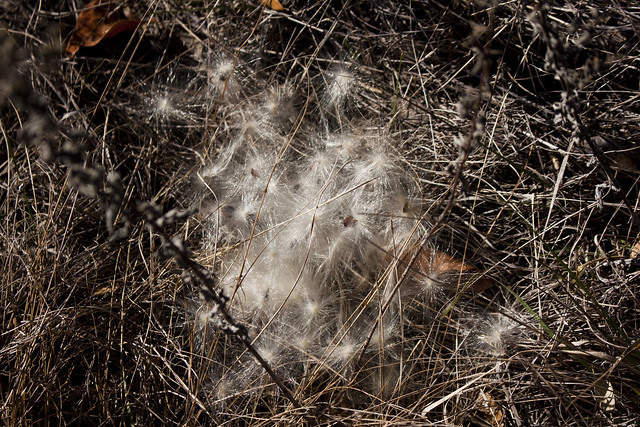 Around one bend I spotted a pile of milkweed fluff. Only half the seed pod was intact and the plant itself had died back already so I wasn’t able to figure out which species it was. Just by the nature of the seed pod I’ll take a stab and call it antelope horn. 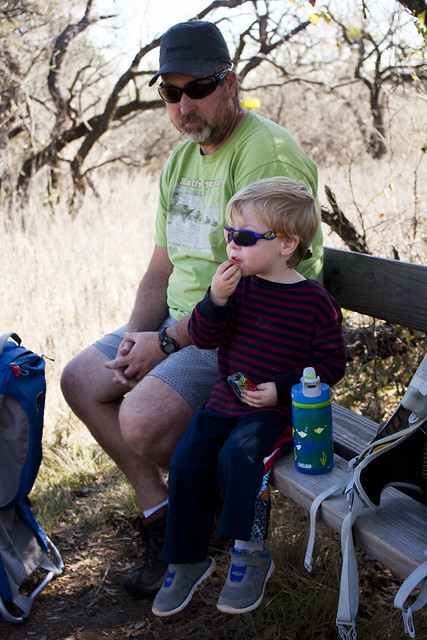 We stopped for a snack break right around the corner at a bench so Forest could have a snack. 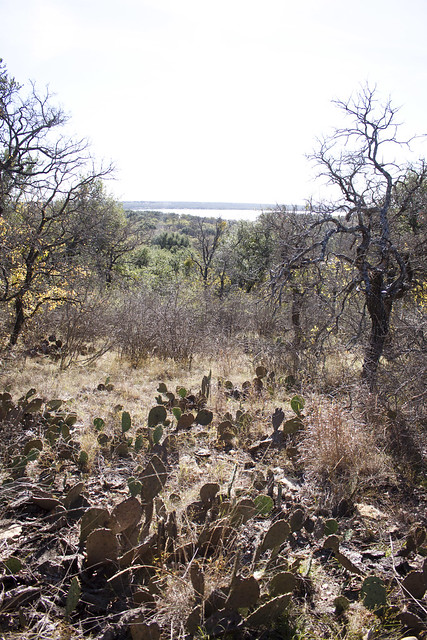 Slowly we climbed up the ridge for a view of the lake. I’d thought we were already at the top of a plateau but we must have either slowly descended the plateau or we weren’t as high up as I had thought. Either way, we climbed up for a better view of our surroundings. 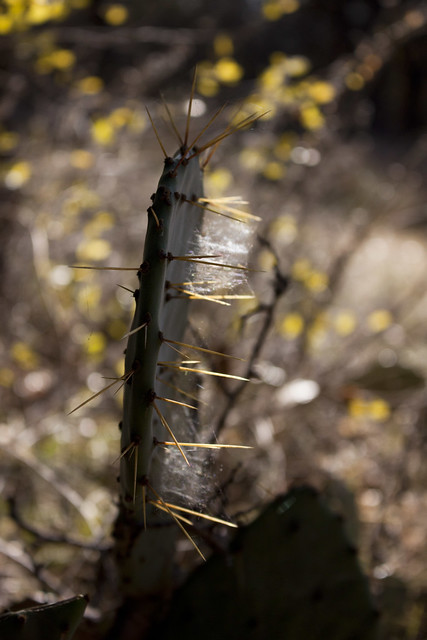 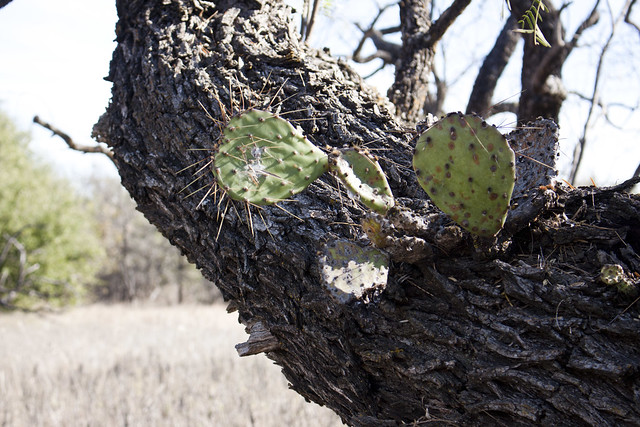 I got a kick out of the prickly pears being all epiphytic! 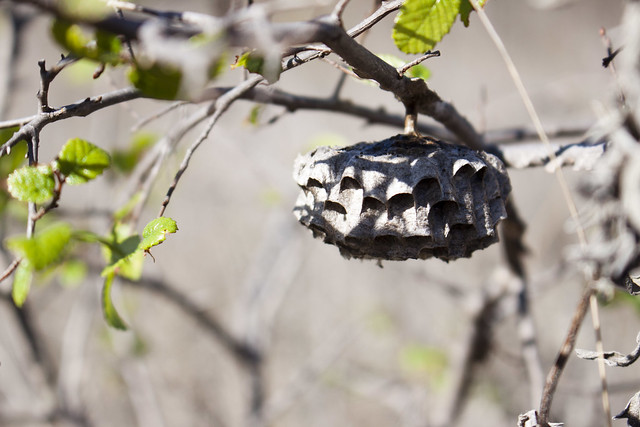 Then we found another bench to rest at and I poked around while Forest had another snack. Hiking is hard work for a 3-year old! Unfortunately, as I was poking around I lifted up a rock to see what kind of wildlife might be under it and instead found a smashed water bottle! WHAT??? People, pack it out! 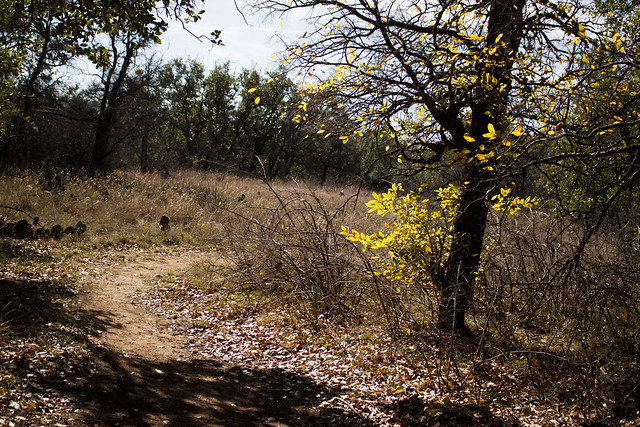 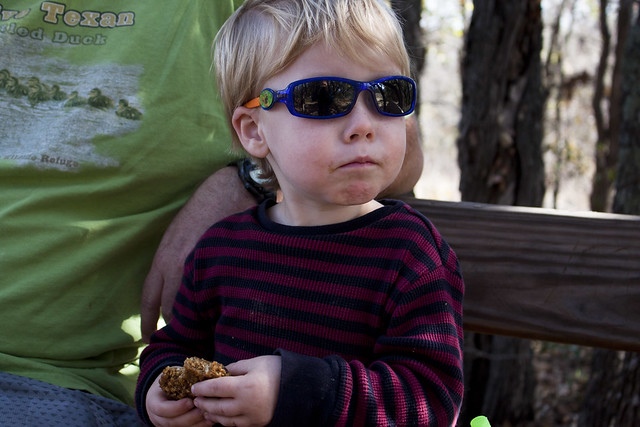 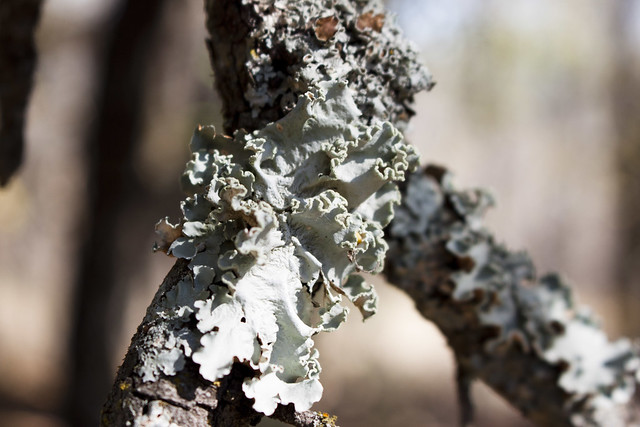 Overall it was just a quiet, enjoyable hike! I wish I’d snapped some photos of the bluestem grasses at the end because the light was shining through them beautifully but my camera battery died.

I really loved this park and wish it was a bit closer of a drive for us! It’s a bit of a haul even to make a yearly trek to!