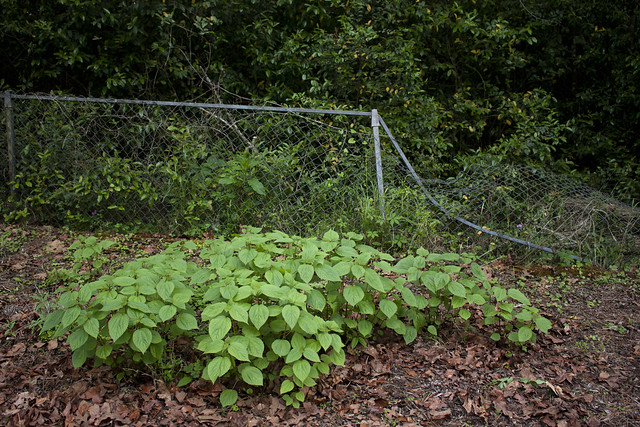 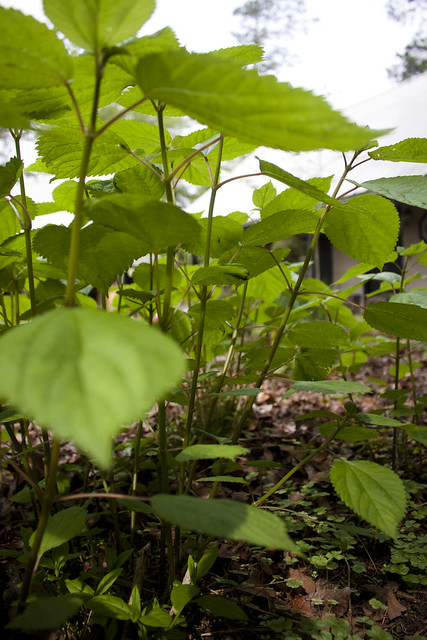 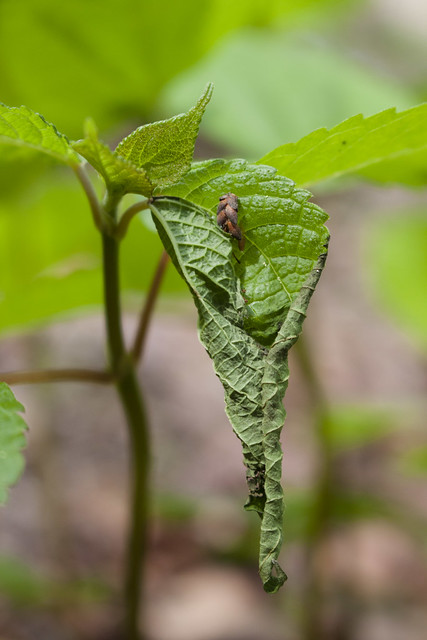 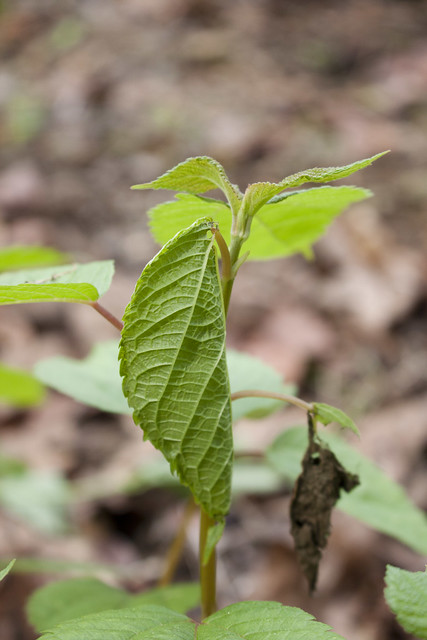 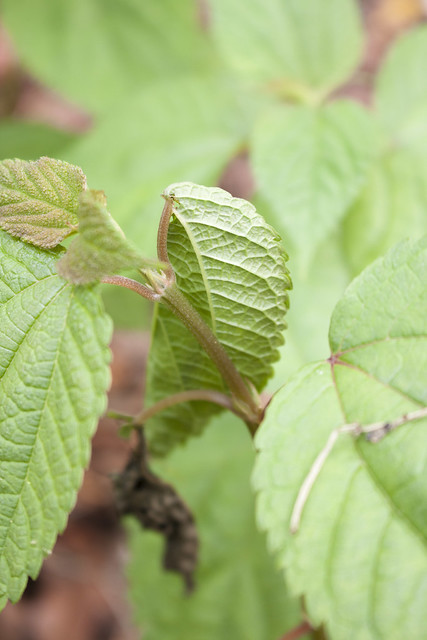 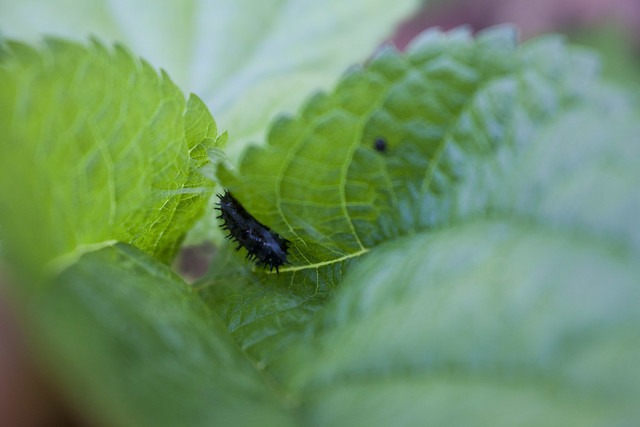 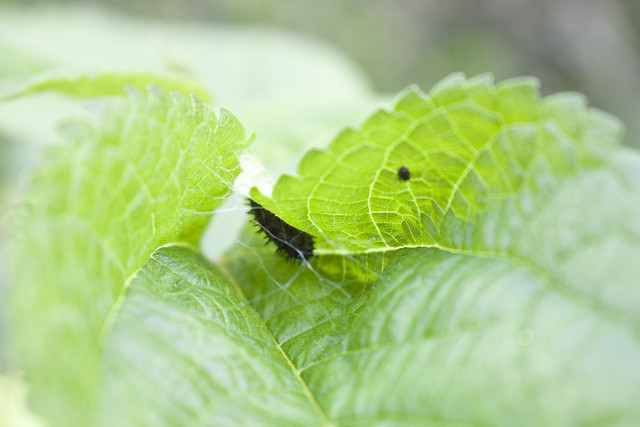 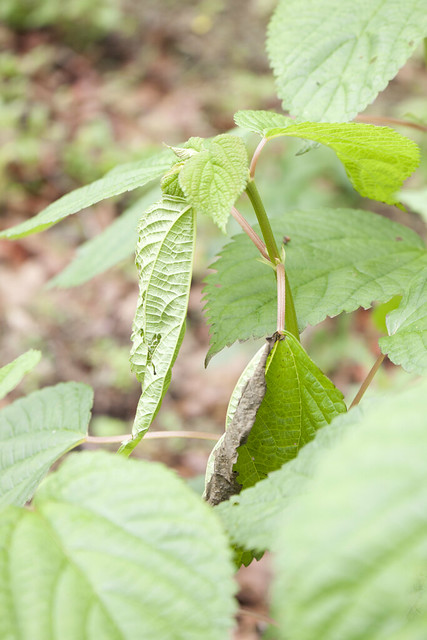 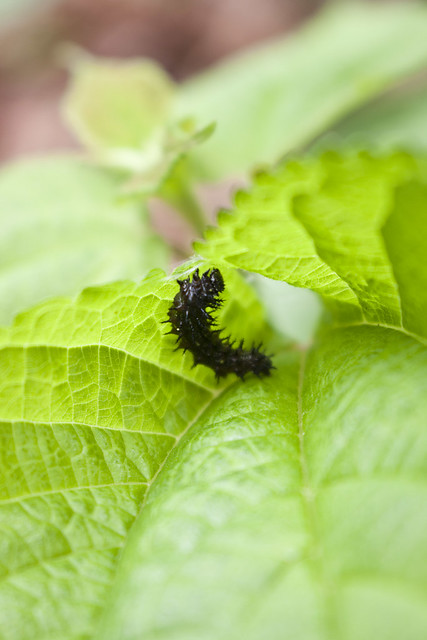 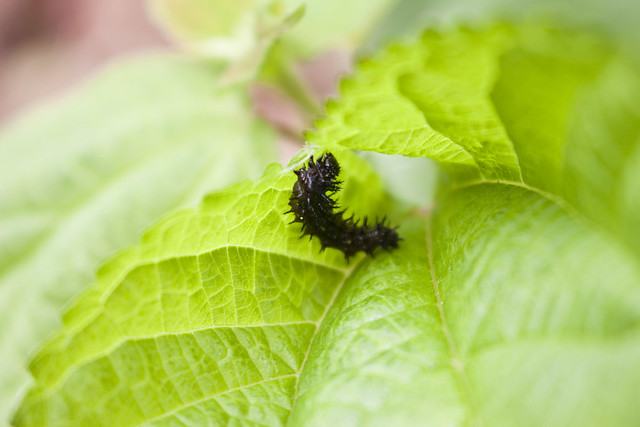 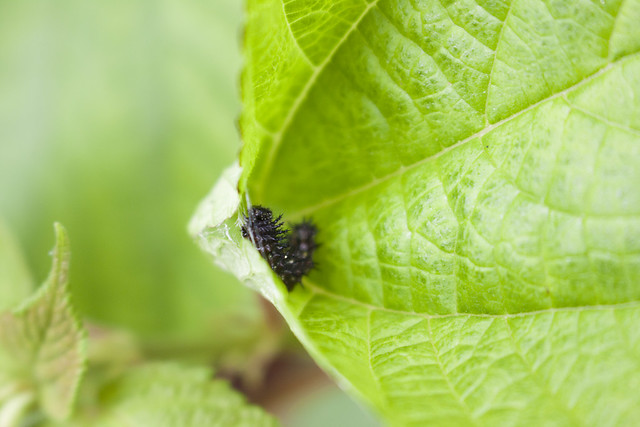 It was about two years ago I stared noticing the false nettle (Boehmeria cylindrica) coming up in the garden. It grows naturally down by the pond edge and had found itself at home in the garden. Originally I began by pulling it because: weed, but eventually I came across several mentions of it being the larval host plant to the red admiral (Vanessa atalanta) and decided to let it stay for a few seasons to see if I would ever get caterpillars using it. Eastern comma and question mark butterflies also use it but I have never seen them in our yard. Red admirals, though, they are plentiful!

Last year I noticed a different type of leaf roller using the plant and pinpointed some kind of little green inchworm type caterpillar on it. Definitely not a red admiral! But in the last few weeks I noticed the adult red admirals swooping in and inspecting the plant, though I could never see any eggs being deposited. I inspected the plants later looking for eggs multiple times but again, to no avail. And then one day there was a different leaf roll than last year, what you see in the photos above! This was obviously the leaf nest for the red admiral, though it was quite difficult to see inside the particular leaf nest I first came across because it was sealed up well. The caterpillars use the leaf nest as their shelter and it is where they eat, sleep, poop, everything—until they move on to the next leaf nest.

Since that first leaf nest I’ve found several others and have luckily been able to see the caterpillars better than what I saw initially. It is thrilling to actually have another caterpillar to add to our list for the yard! I need to start scouting for chrysalides soon as there were several larger caterpillars out there who may have already pupated. If you need to source some seeds, Prairie Moon has some. I’ll tell you now, once you have it you will have as much as you want as it comes back from the roots each year and heavily reseeds itself! Put it somewhere you can let it run!

In other news, I do have about 30 monarchs in our cage at the moment and there’s probably 5-10 out on the milkweed outside right now. I’ve been bringing some extras in as I find them. I’ll have a bit of an update on those soon!