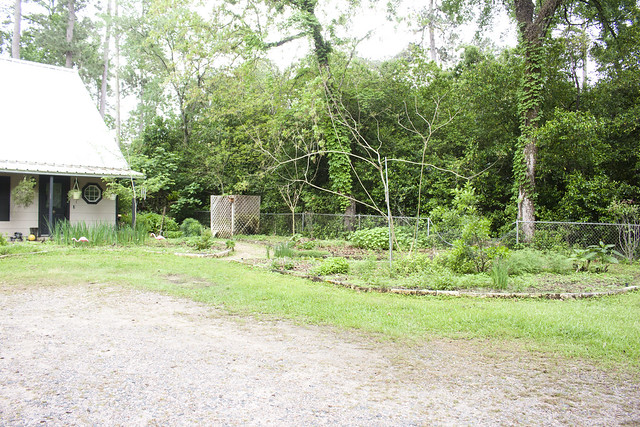 A lot of these photos are going to be from March and early April. I’m working on taking photos now for another post later in the month. This spring feels like it has been a lot slower than in years past, though many plants that were slower to awaken last year due to freeze woke up earlier this time around. I’m still waiting on the Mexican flame vine. Only time will tell on that one. 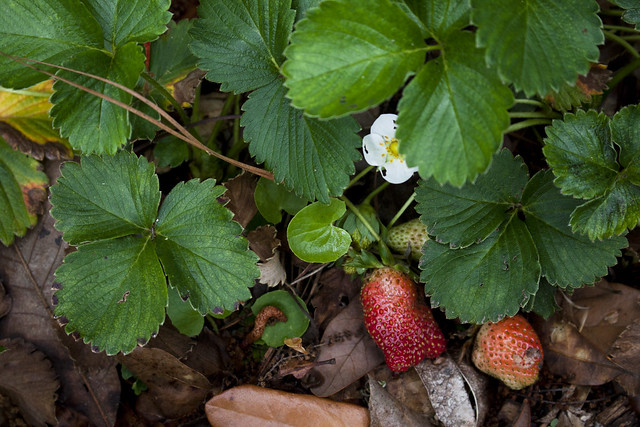 Strawberries have been abundant but the snails have been feasting on them before they ripen and thus many are already bad before we even get to them. Very disappointing this year. The plants waned a bit in the heat last summer but rebounded in the fall and now nearly one entire section of the perimeter bed is covered in strawberry plants! Snails aside, we should be harvested pints and pints of berries by now and we’re not. Booo to snails! 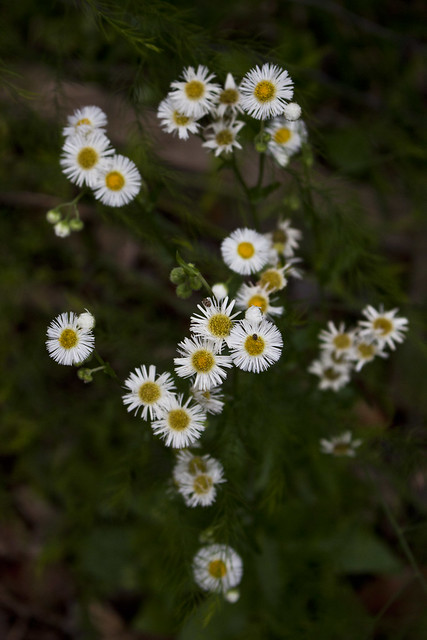 Erigeron philadelphicus has colonized a decent sized patch in the front yard next to the vegetable garden and one or two plants have made their way into the garden where I’ve left them to add some beauty to the garden! I thought this plant was Boltonia for awhile but the rays are much different. I stand corrected—still a cool plant, though! 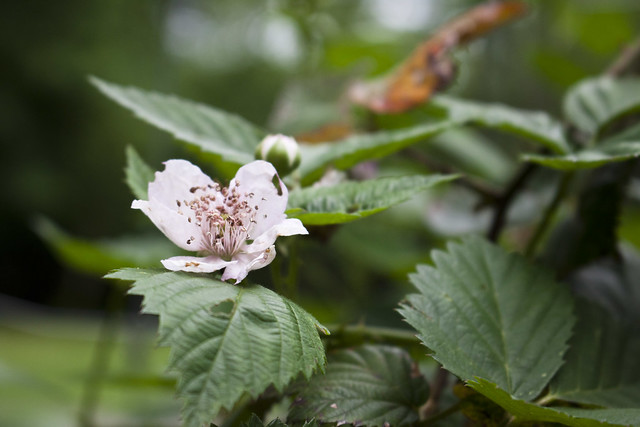 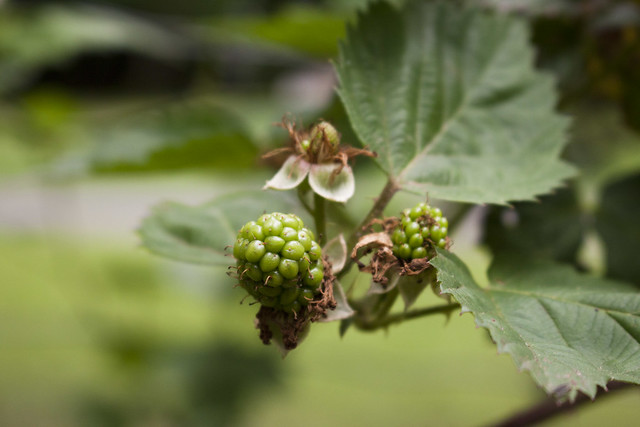 The blackberries are flowering and small fruits are already forming on most of the vines. The fence line doesn’t seem a full of vines a they have in previous years so I’ll be curious to see how much we get this year. 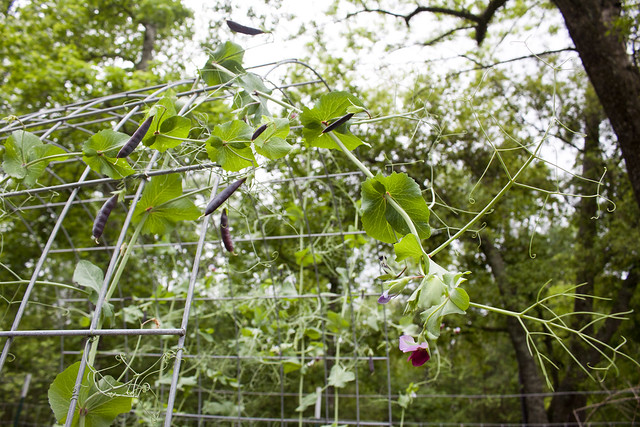 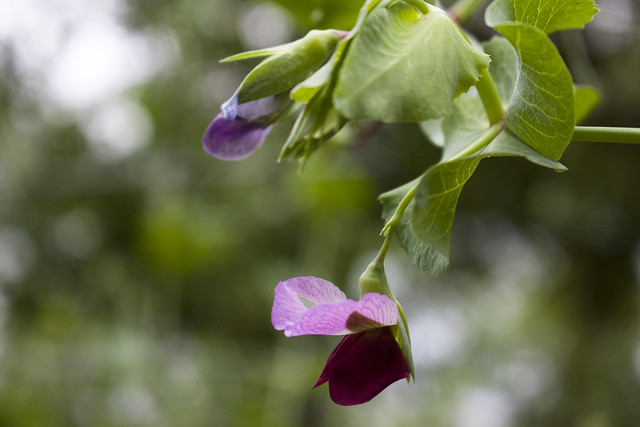 A new snap pea Chris tried this year is the ‘sugar magnolia’ and while they haven’t been that abundant they have produced beautiful purple pods! 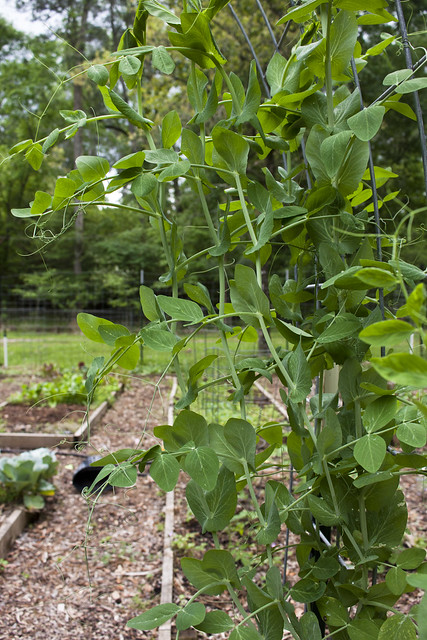 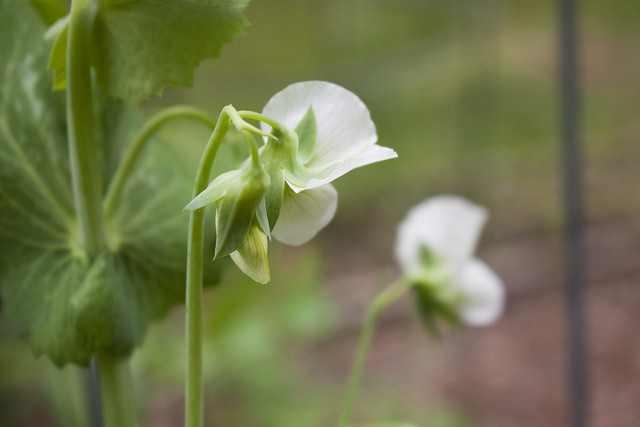 Peas were started late this year, well, I take that back. I think Chris started some and then they got killed by the deep freeze and he restarted seeds under lights and we just didn’t plant as many. But we’re getting enough to have a handful in salad or eat a few here and there. Which frankly is fine with me. Last year we had tons and froze tons and I’m pretty sure we still have some and while I like cooked snap peas to an extent, I much prefer them fresh. 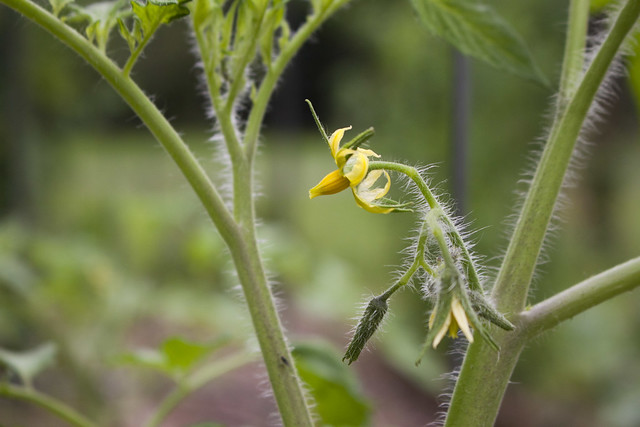 The tomatoes are all about 3-4′ tall now and most are sporting flowers with a couple of them already forming tomatoes. Anxiously awaiting tomato season as always! 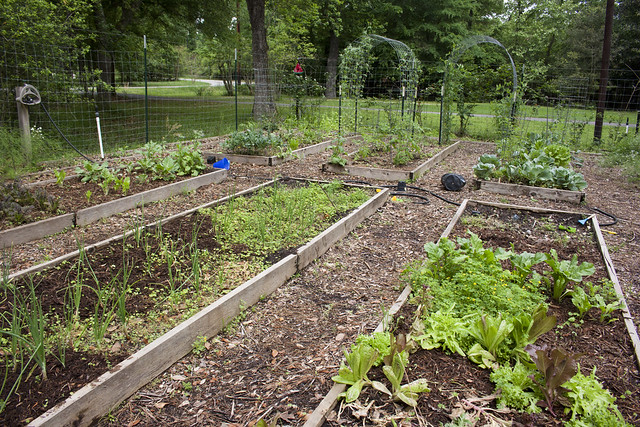 Slowly I’ve been weeding and mulching the beds and we need to get to work planting some summer crops in a few of the emptier beds. Carrots were a bust this year, getting some but not any kind of bumper crop, and the lettuce and most of the greens are bolting and finishing up for the season. Those need to be shuffled out and eaten to make room for everything else we need to get on top of planting. Beans, melons, and squash come to mind. 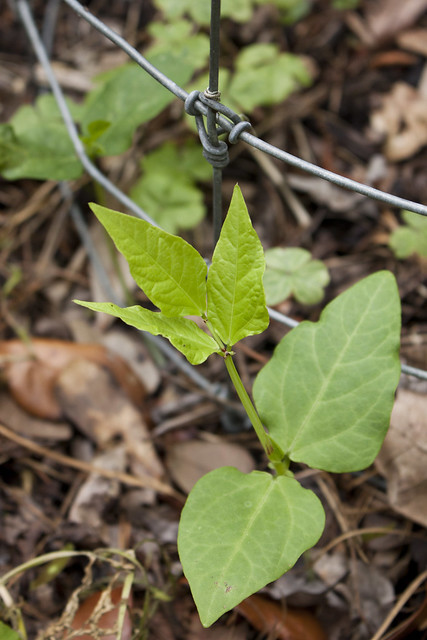 I did plant some cowpeas, trying a different variety this year in hopes of actually having a harvest beyond a few pods like last year. 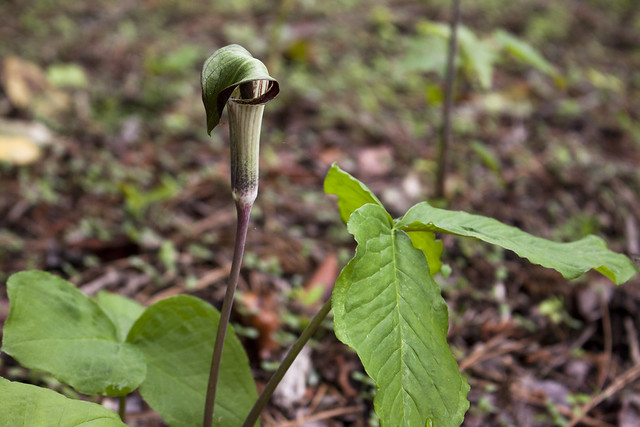 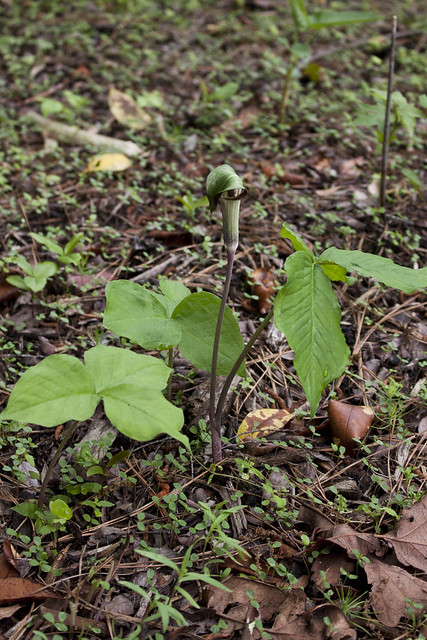 Jack-in-the-pulpits produced a couple of blooms this year. This one got nabbed by the deer. 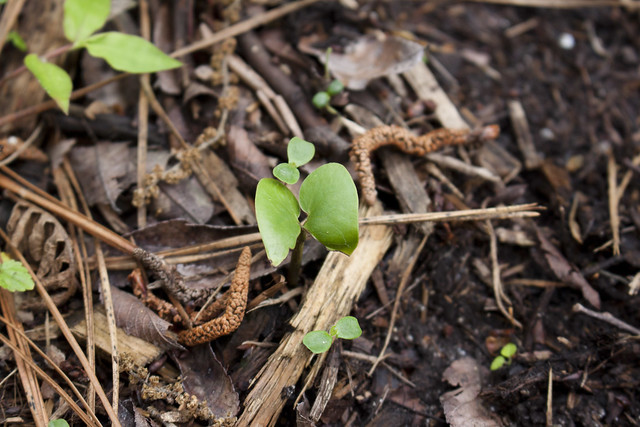 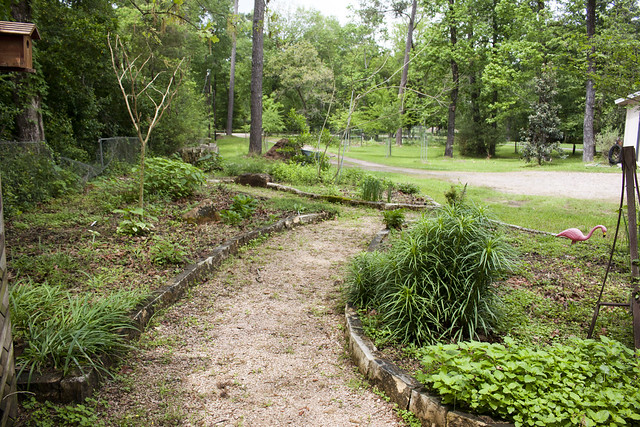 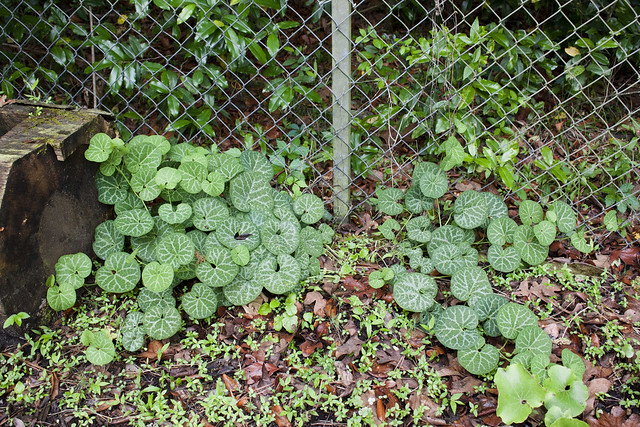 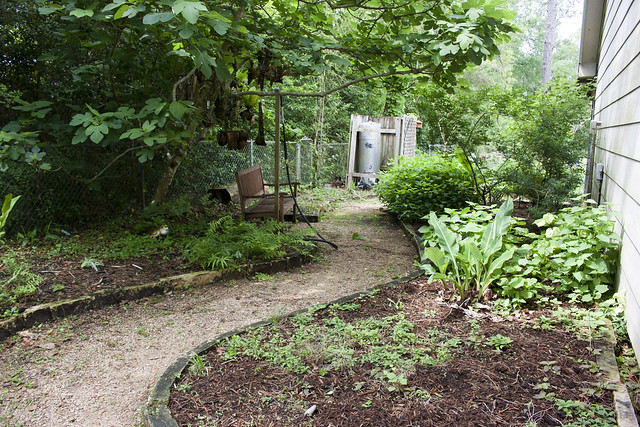 Ooh, now we’ll jump down into some March photos—you’ll see the drastic change in only a couple of weeks! 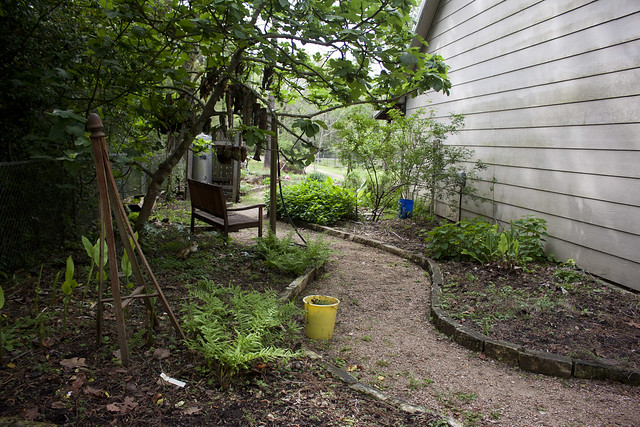 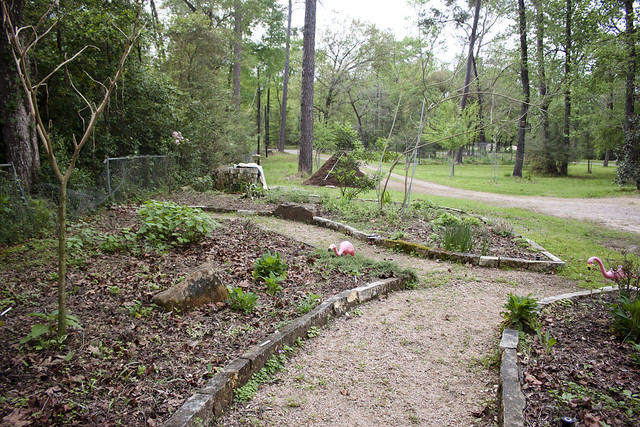 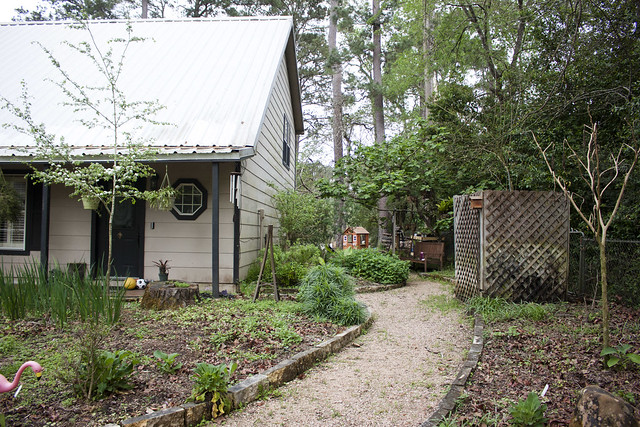 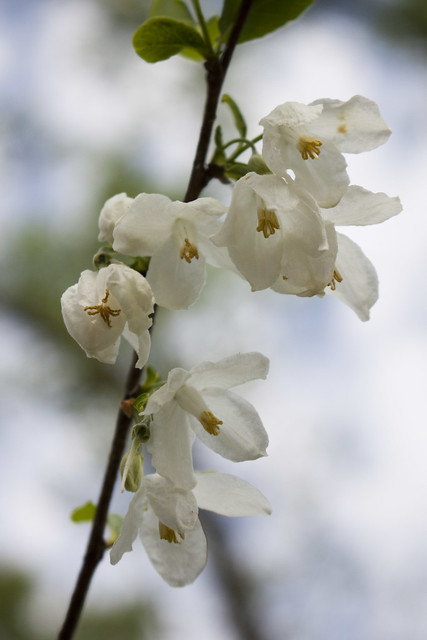 I’ve been weeding and mulching and we loaded up on plants at the local nursery this weekend. I’m sure there will be plenty to write about soon!