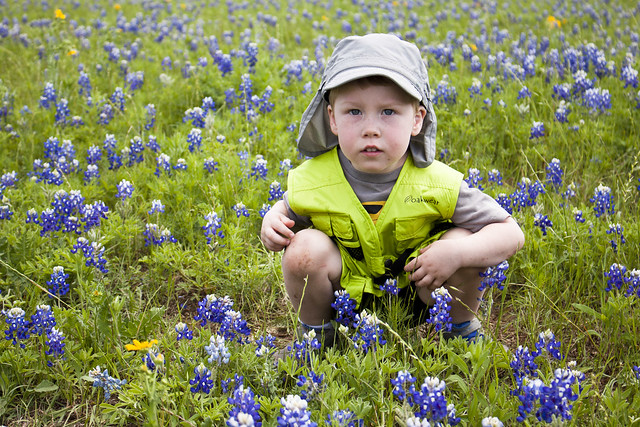 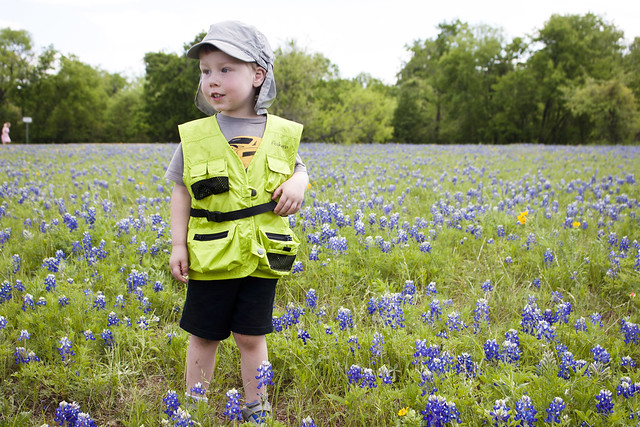 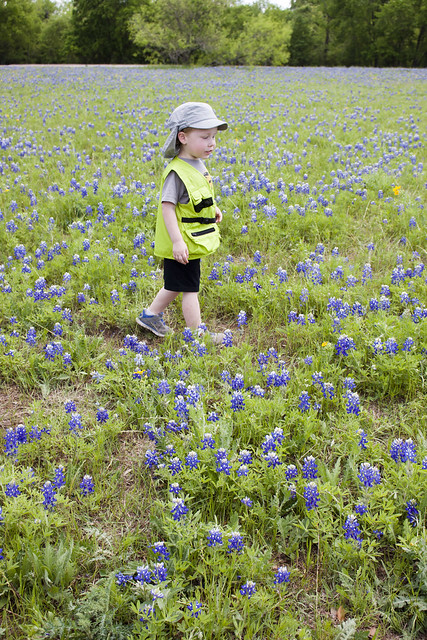 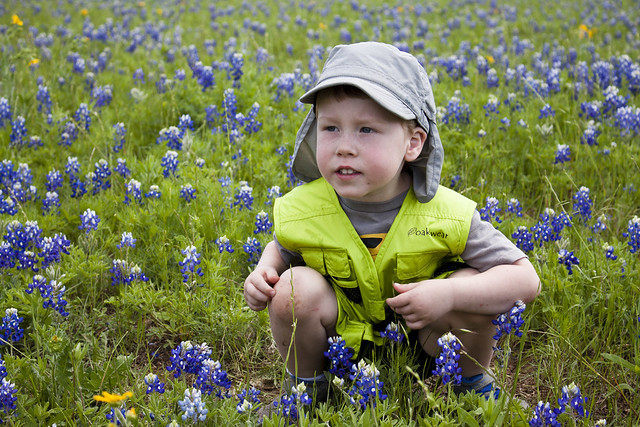 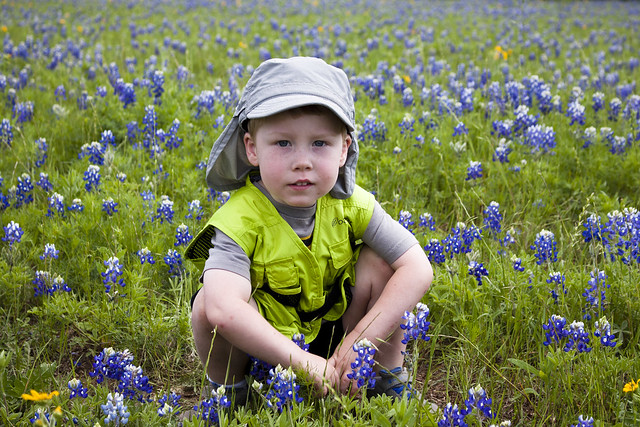 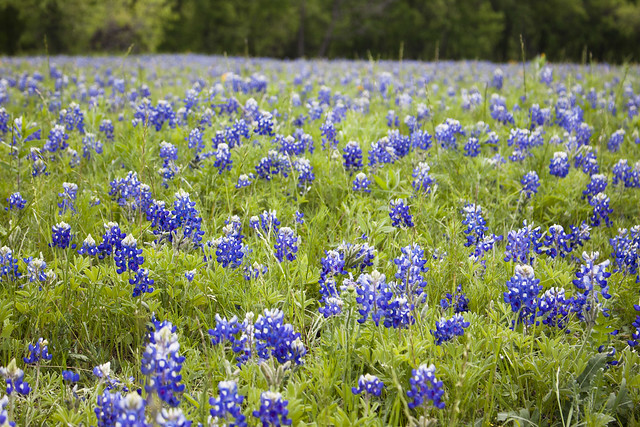 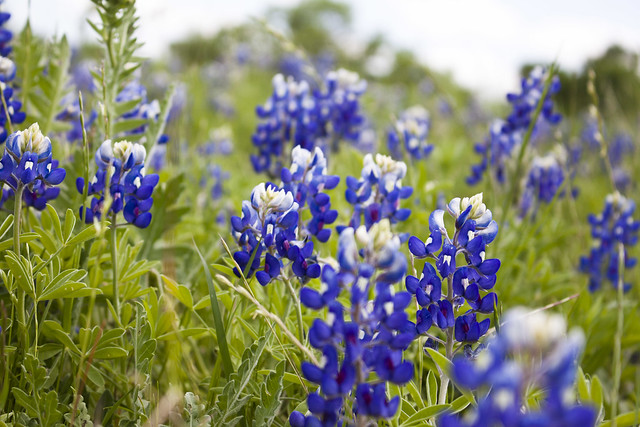 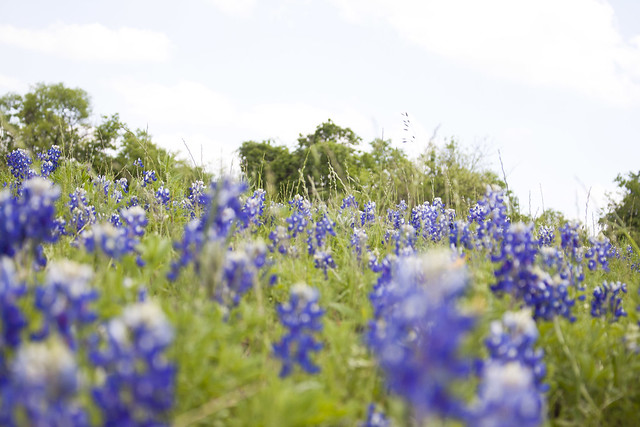 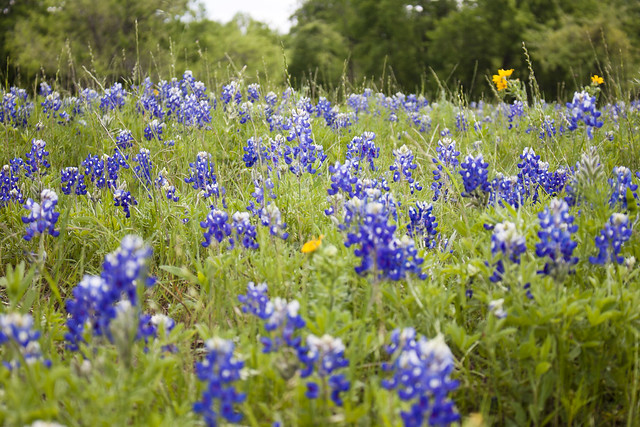 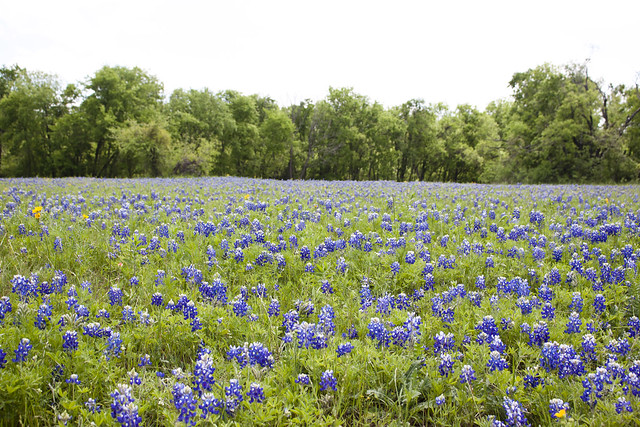 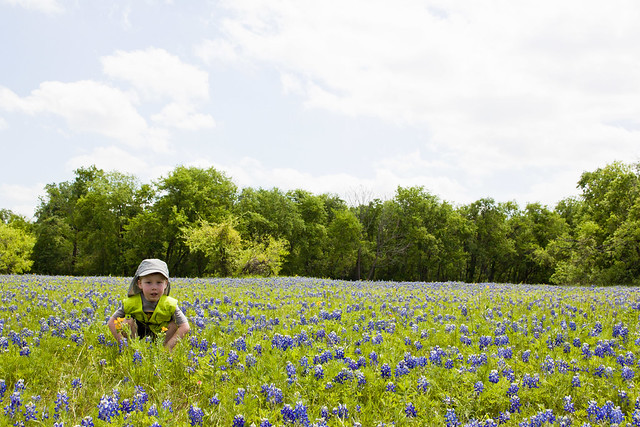 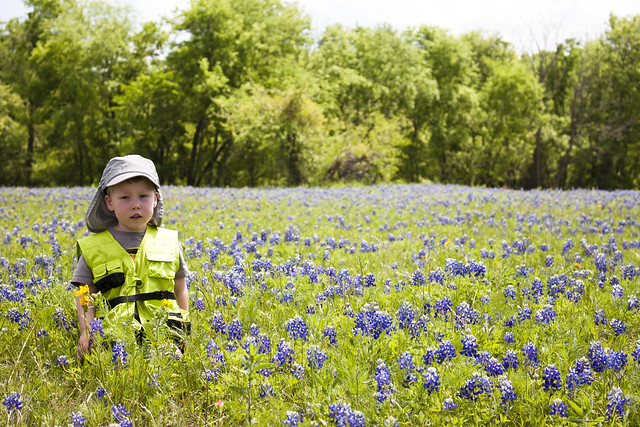 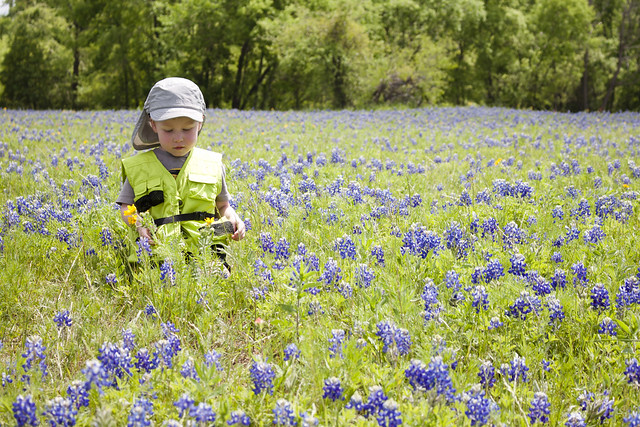 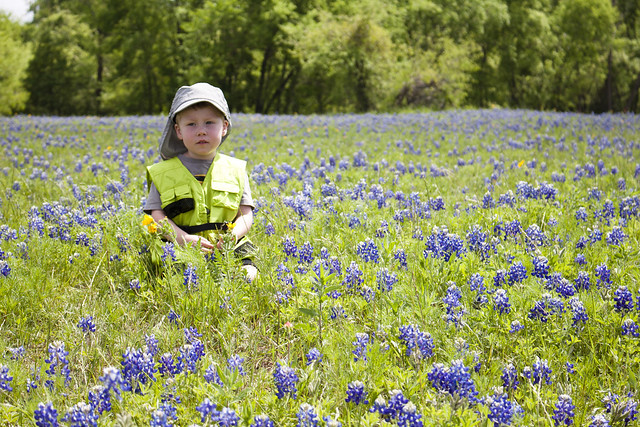 Spring in Texas is usually celebrated formally when the bluebonnets have painted the roadsides throughout the state. When we were at McKinney Falls State Park over Easter weekend I was glad to see that they had a large field in the middle of the park full of bluebonnets so we wouldn’t have to find a roadside to take photos of Forest. And being that it was a holiday weekend everyone else had the same idea!

I bought Forest that explorer vest from Oaki about two years ago but it has taken until now for him to be interested in wearing it. He wore it frequently over the weekend and paired with his hat he looked like a real field biologist! Or birder. Or herpetologist. Or…fill in the blank science/nature related career that would fit into our lifestyle! Now I just need to pull it out for him to wear a little more often at the house because he’s now into finding rocks or little bits and bobs of nature around the yard.

Remember the first Forest Friday? What happened to that little Chunky Monkey?? Now he’s counting to ten in Spanish (yes, he randomly started doing that over the weekend—must have learned it at school!) and can use the words combustion and torque in the right context—thank you Blaze and the Monster Machines for that one!