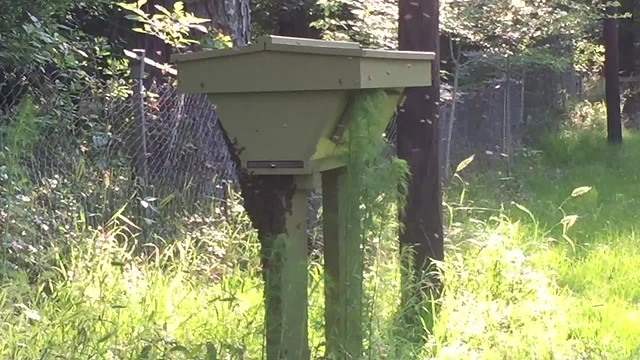 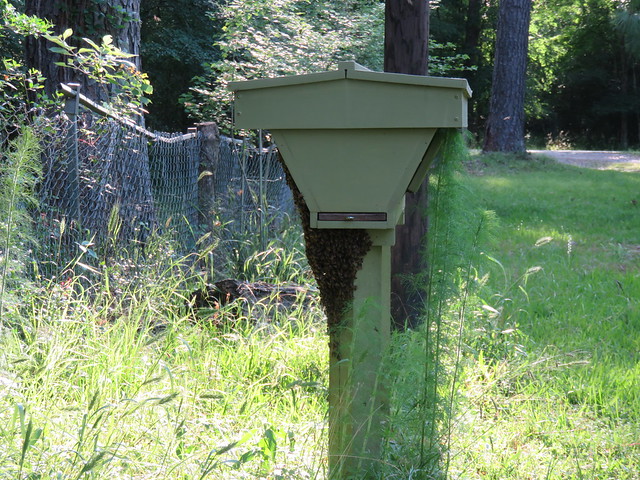 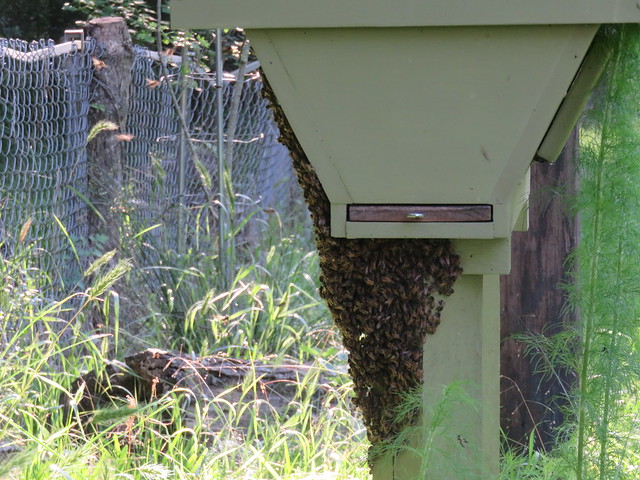 A little over a week ago Forest and I were out on the front porch to send off Chris as he left for field work. It was right after dinner, nearing 6pm and the sun comes over the driveway rather harshly at that time during this season. In the glow of that hour, we noticed a huge ball of insects flying, backlit by the sun. We paused to look at them for a second and Chris started to say something about them, literally made it three or four words in an attempt to say one thing before switching, and then getting really excited to say that they were bees!

We looked over at the hive and sure enough the unidentified insects were heading that direction. Backing up just a bit, about three months ago the bees we had, the new bee package we’d purchased last spring, swarmed and left the hive. Chris hadn’t even gotten in to clean up the hive so the empty combs were still there. I guess a bee(s) had been scouting for a new place to live for its hive and told them to relocate to our hive! Chris was super excited about this prospect!

There’s another video but it is longer and didn’t upload from my phone to Flickr so I’ll have to get it on YouTube at some point to share. We’ve only seen a swarm one time while we were out in our ghost orchid slough in Florida. It was late afternoon when we witnessed that as we were measuring and counting ghost orchids. It took a few seconds for us to realize what the noise was and we laid low under the canopy as the bees flew on their merry way. A lot of cool things were seen in that slough!

So, for now we have bees again! Let’s hope they stick around this time!