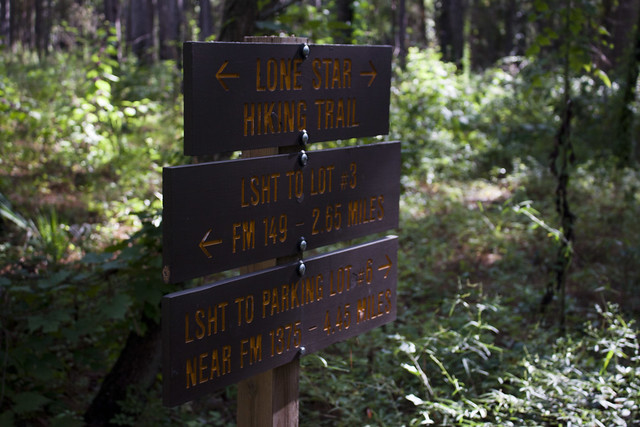 In early September we hit up our spot in Sam Houston National Forest for our annual family photos with Forest. The photo session, as it was last year, went very quickly with many grumpy faces all around. Actually, Chris and I weren’t as grumpy as last year, just Forest. He’s been better about taking photos the last few months so I expected it to be easier this year than last. Nope, not easier. We made it quick and then moved the car a quarter mile back down the road to the intersection of the Lone Star Hiking Trail so we could do a short hike. 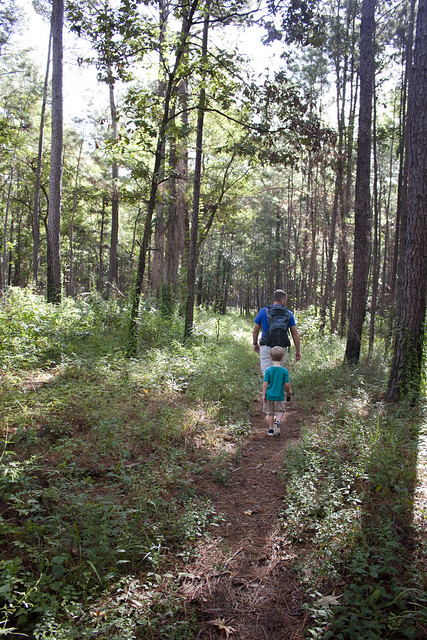 The hike was indeed short due to said grumpy child and then because we ended up in a sunshower! We’re trying to build Forest’s stamina with hiking so we can eventually do longer hikes with him now that he’s out of the backpack carrier. Chris has said he’s too heavy to carry now so he’s on his own to get himself down a trail now. Though, I did pick him up and throw him on my back as we headed back to the car while it was raining.

That said, we did see a few things along the way before it started raining! 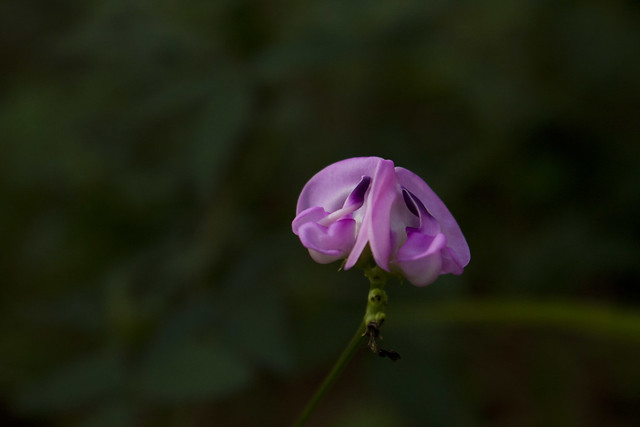 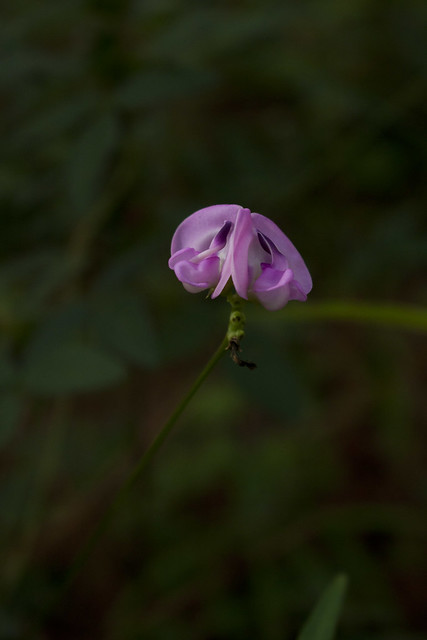 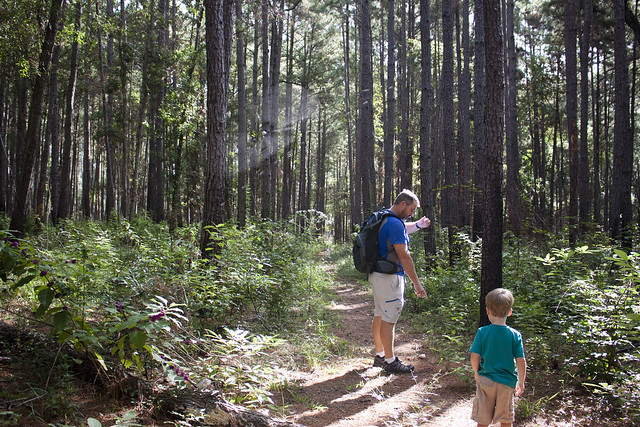 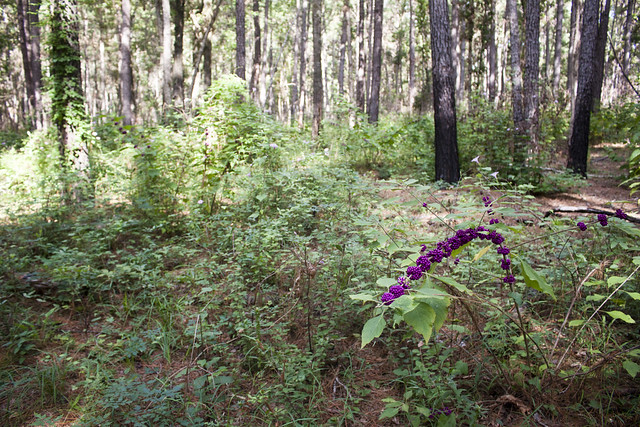 A mediocre year for beautyberries in this part of the forest 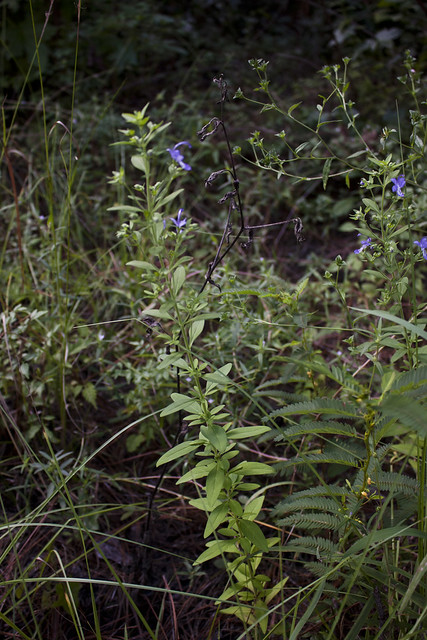 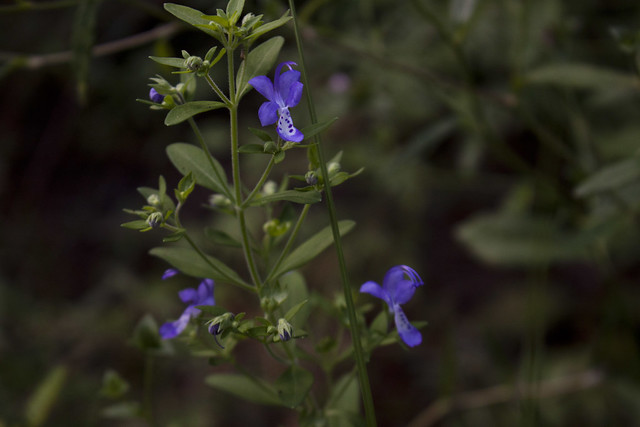 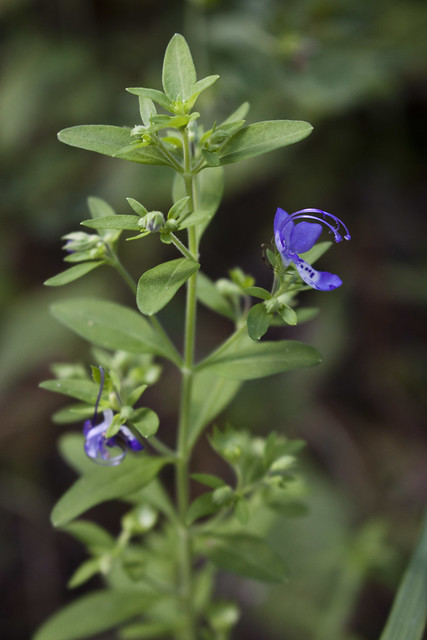 Trichostema dichotomum, forked bluecurls. A couple of years ago Chris threw out seed for these in our right-of-way and slowly they have proliferated and are now a beautiful swath of blue lining the street in the mornings. Backstory-->Last year the patch was quite small and localized and this year we noticed some plant was taking over the ROW and Chris thought maybe it was the beebalm seed he had thrown out in the spring. Neither of us had bothered to try to compare the foliage and figure out what it was, we were just waiting for it to bloom. We'd even talked about chopping it all down because we thought it was the beebalm and it didn't bloom. Well, we were on the trail and I saw the blue curls, stood back for a second and then had a big lightbulb moment of knowing exactly what the plant was in our ROW! I don't know if they just produced that much seed last year and managed to spread that far or if they can spread well by roots, but now we have a lot of blue curls in the ROW. I need to take photos of it before it fades. 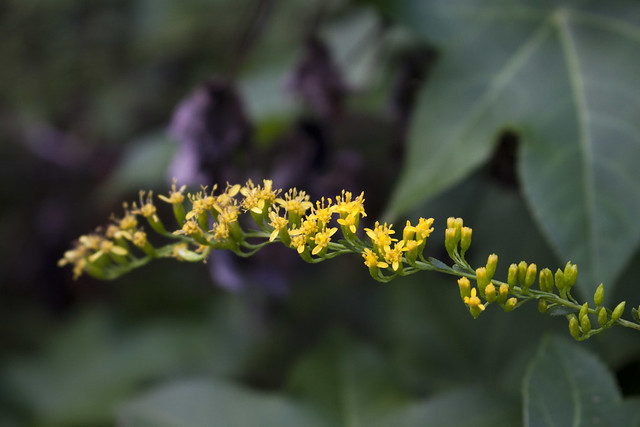 Solidago sp. Not sure on which species this was. I looked at the different ones that grow in Texas and it resembles sempervirens but it is a coastal species. I suspect I only took a photo of a portion of the inflorescence. I just don't recall! 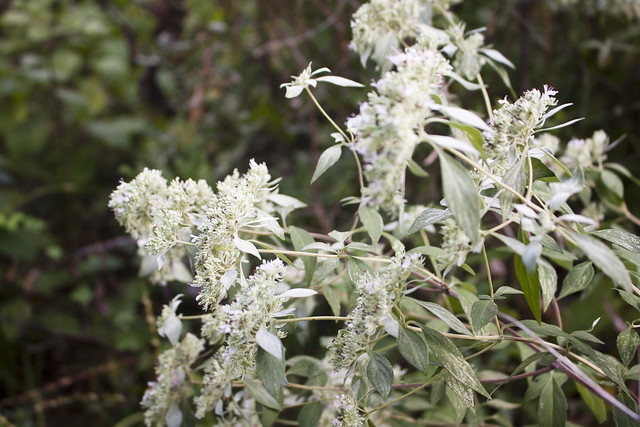 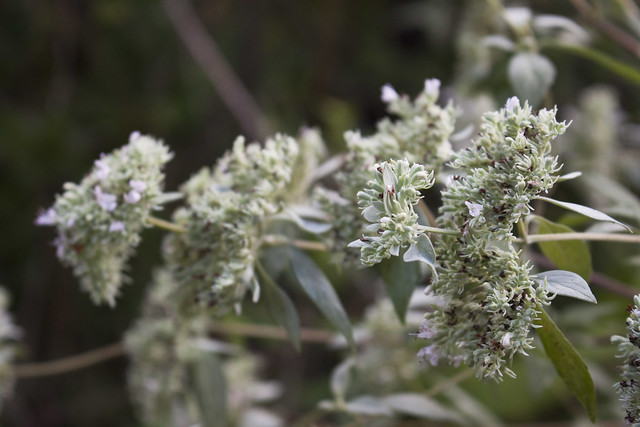 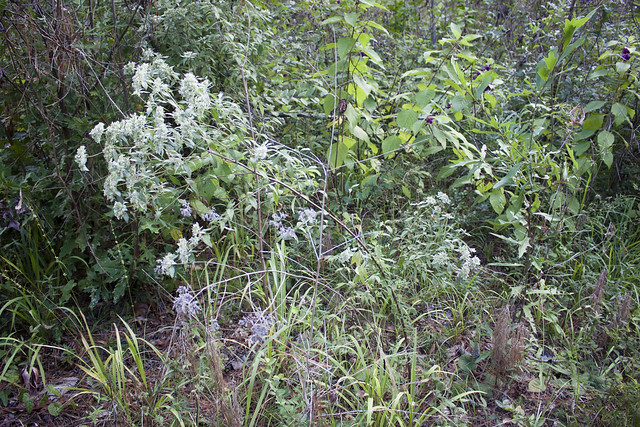 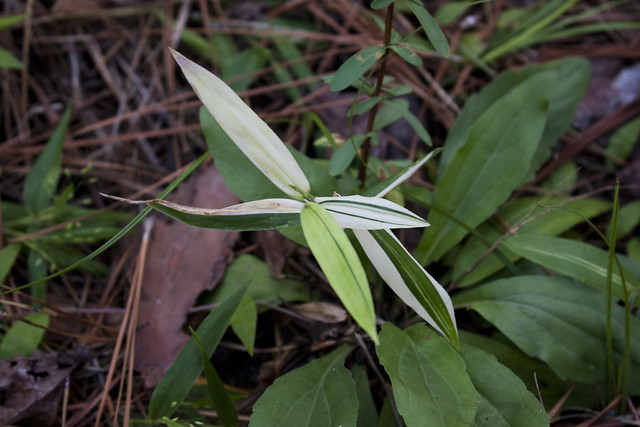 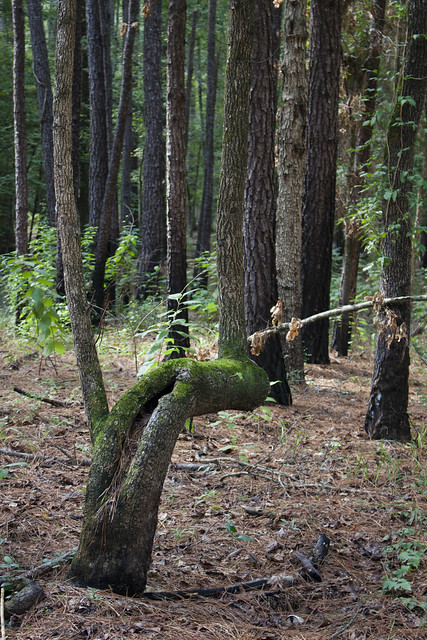 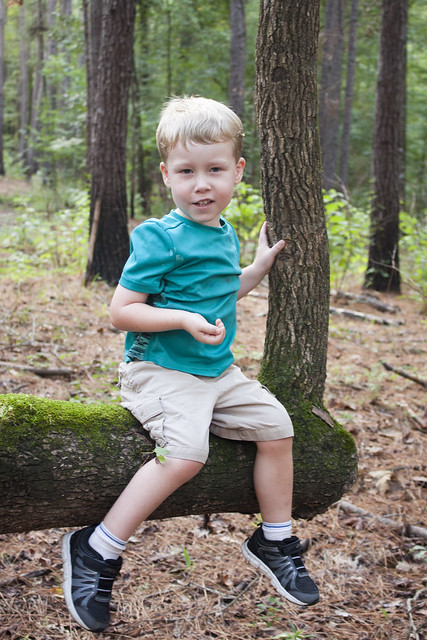 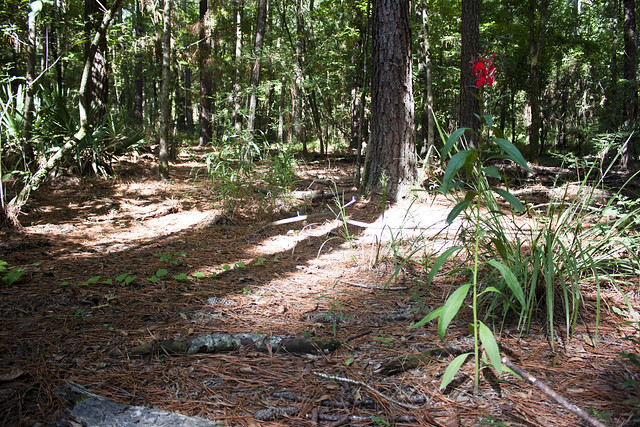 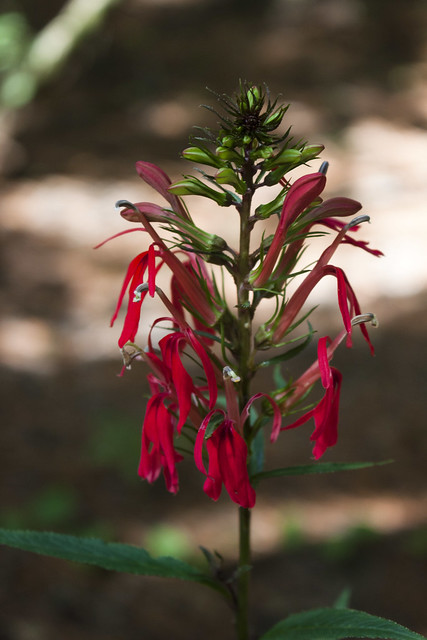 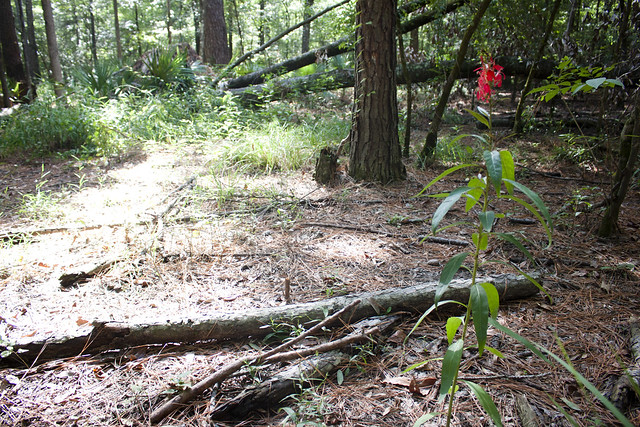 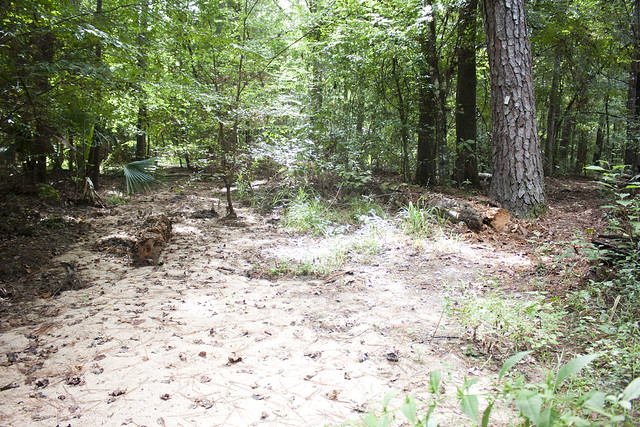 Dry creek bed---about when the rain started up. 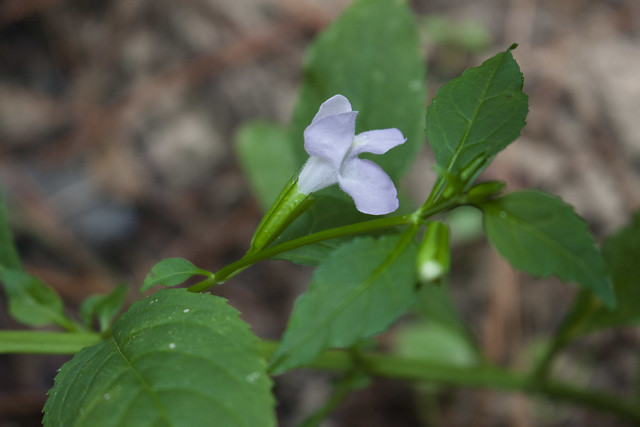 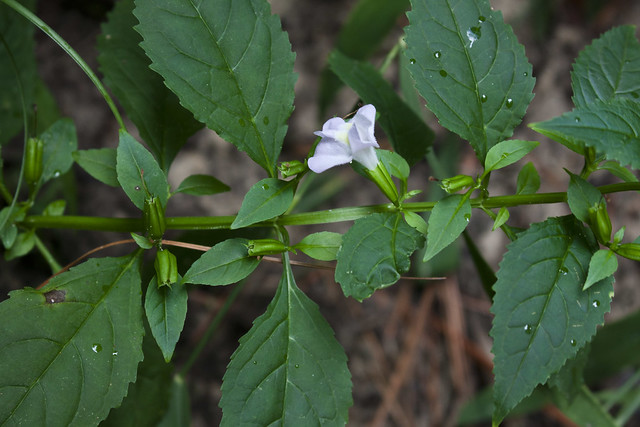 While it wasn't a long hike it was a productive one in terms of fall wildflowers!