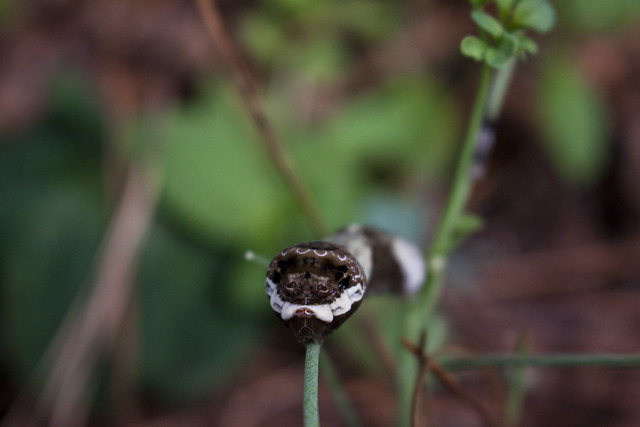 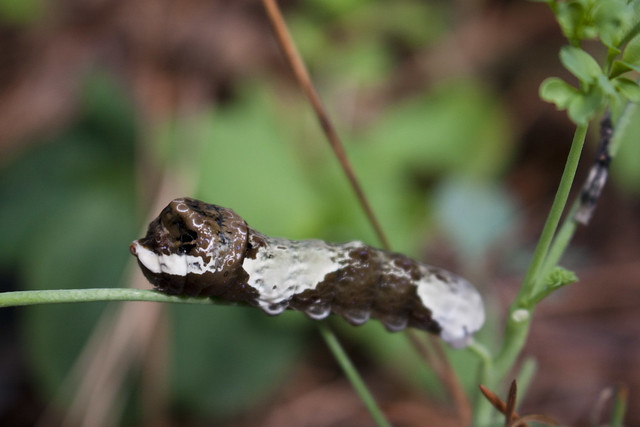 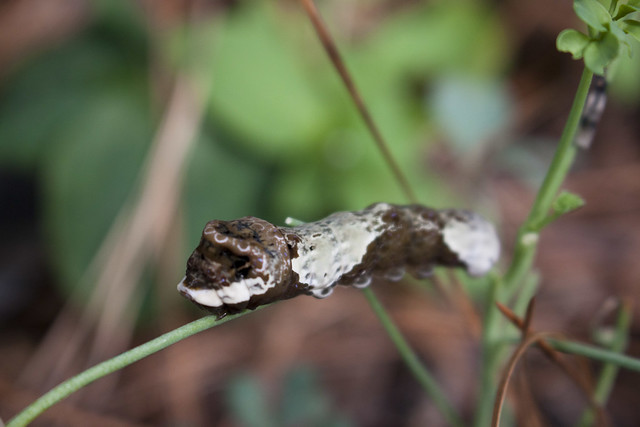 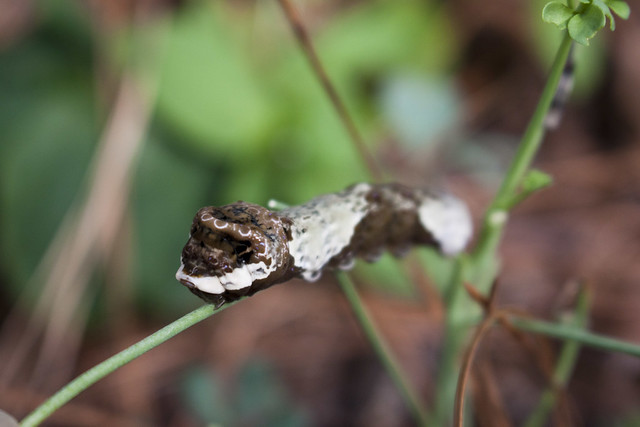 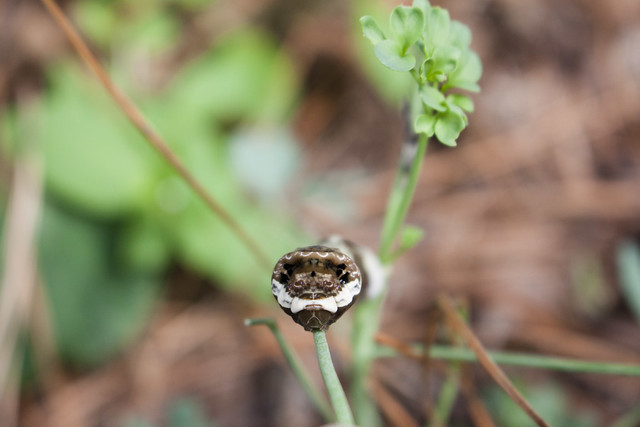 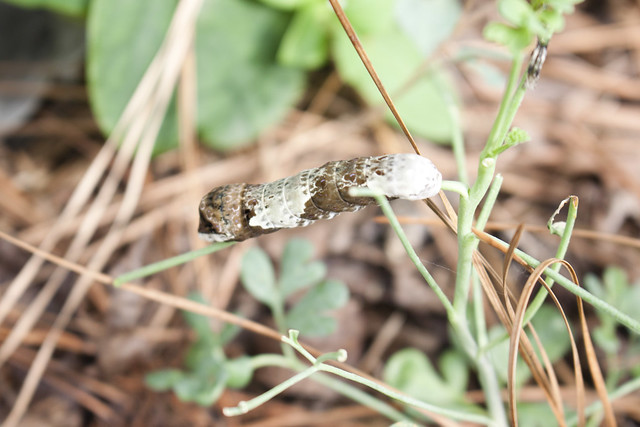 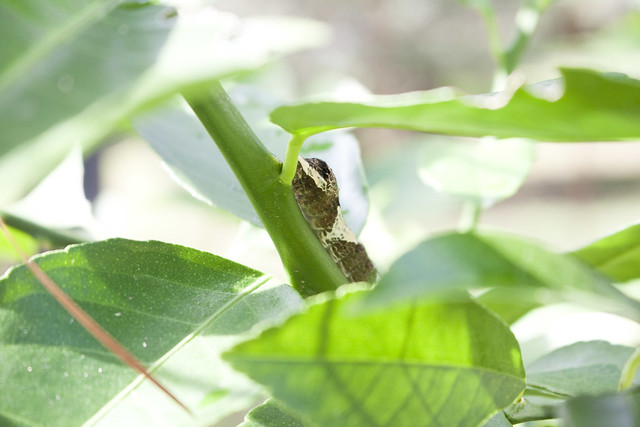 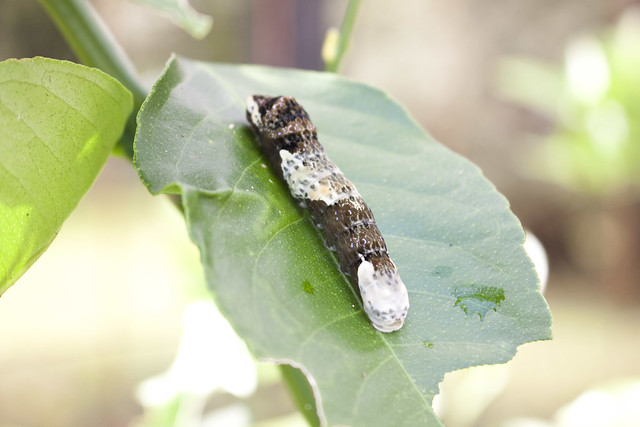 Back in the summer I noticed giant swallowtails laying eggs on our citrus. This was late May/early June and we were still trying to get our citrus trees to rebound from the harsh freeze last year. I still hadn’t purchased alternative host plants such as prickly ash or rue. Luckily another butterfly loving friend had host plants and was glad to take them on so when they hatched I gathered the caterpillars up and drove them to her the weekend before we left for Florida.

Last week I had noticed that something had nibbled my rue, which I had bought back in August. The pot had several plants growing in it and I separated the plants out and was hoping to get a large patch going in our herb beds in the edible garden. But when I noticed the nibbles I didn’t see any caterpillar so I presumed the deer had stuck their snouts through the fence—which they do frequently and dang do they reach far in sometimes!—but then one day I looked over and saw a giant orange dog sitting there on the rue! I told Chris we finally had one on the rue and he said he noticed a couple on the citrus in our front yard. Sure enough there were two there and I suspect there were others on the citrus in the backyard, however all of them were late instar and now I believe they’ve all gone to pupate.

I passed up the opportunity to get a prickly ash last weekend at a pollinator festival. We’d already made the rounds of the booths and Forest was starting to get antsy and losing his attention span so I opted not to get it. But now I am on the prowl to get two or three established this fall/winter for next spring when they come back through.

Still no monarchs at the house but I’ve been seeing more here and there around town. Monarch Watch/Journey North says the big wave is at the Texas/Oklahoma border so maybe next week! We’ve got tags this year and Chris bought a net so we can catch, tag, release!