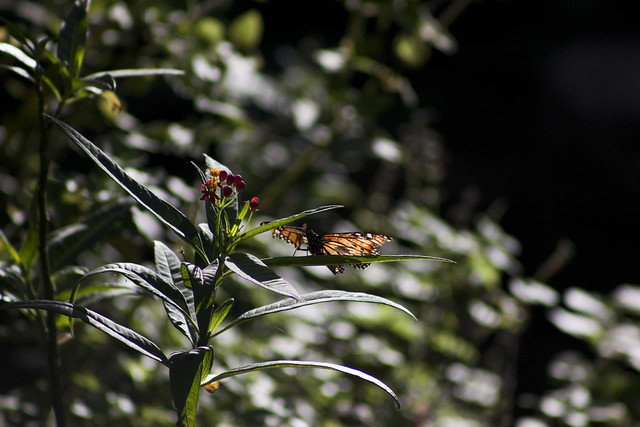 It was another camping weekend. This time we drove an hour and fifteen minutes east-northeast to Lake Livingston State Park for a single overnight camping trip. Being so close to the house permits this kind of camping trip, getting up early Saturday morning and spending the weekend at the state park. Saturday was glorious, still warm but fall blooms were amped up—swamp sunflowers and goldenrods were beacons of brightness along the roadways. Fall foliage was nowhere near peak but the golden yellows of the flora made everything better.

I had been reading that the main monarch migration was in southern Oklahoma late last week, making a beeline for the DFW/North Texas area ahead of the anticipated cold front that we are now experiencing. Maybe we would start seeing monarchs very soon at the house? I’d been teased with sightings everywhere else but my house!

Saturday night proved to be a bit rough for Forest. Both he and I had battled some kind of upper respiratory issue the week before and we’d gone through some up and down cycles over the last week feeling better and then a bit off and around again. During the day Saturday he sounded a bit congested but he was a happy four year old playing so I didn’t think too much on it. Overnight he woke up multiple times hacking and crying, complaining that he couldn’t breathe. Eventually he hacked up some snot that was clogging his throat and we all fell back to sleep to the rumbles of a line of thunderstorms on the north side of the lake. The rumbles and flashes of lightening went on for hours, teasing us with the potential for nasty weather but thankfully never providing it. 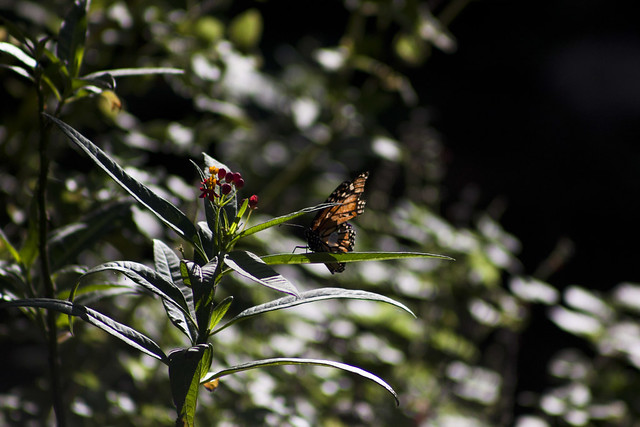 Due to the rough night and how bad Forest sounded, we packed up quickly the next morning instead of lingering at camp and going for another hike. I’m sure hiking amongst all of the flowering ragweed the previous day did not help anyone out. And so, we were back home by 10:30 am Sunday morning, unloading, doing chores, and attempting to still enjoy the warm and wonderful fall day between bouts of laziness on the couch.

Because I knew the monarchs were making their way south I had done a milkweed check for eggs when we got home and Forest and I had even spent about thirty minutes on the front porch because he had begged to go outside. I limited it so he wouldn’t get too worked up with his congestion–it’s hard to say no when we both wanted to be outside! I looked for monarchs and saw no evidence of them. We went inside and I put on a movie for Forest which I started watching but quickly ended up dozing on the couch. Chris was doing various things outside and he startled me when he announced from the front door that a monarch was outside! 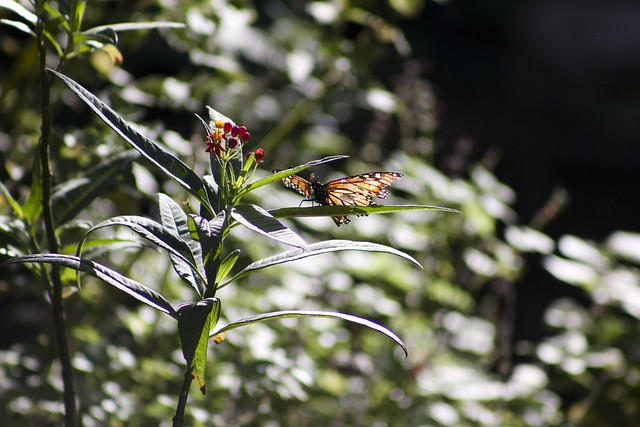 Chris has bought tags from Monarch Watch months ago and they arrived sometime last month. And then Chris bought a butterfly net so we could catch and tag the adults coming through. I dashed outside to check it out and it appeared to be a healthy male but we did not catch him. I went back inside to continue my dozing and a little while later Chris announced there was another one. This one turned out to be an older female, ragged from travel. And she ended up laying eggs on the milkweed! Chris caught her, we tagged her, and let her go. I don’t know if she will make it to Mexico, likely not, but we can hope. If anything, her progeny will continue on.

I had to move the pipevine swallowtails that pupated on the side of the caterpillar tent (and are now in diapause) so I could bleach the tent out. I’d been lazy about doing this, not knowing if the monarchs would come back to the garden this year or not. And why move the pipevines if I didn’t have to? So they are moved, glued carefully to a stick, and I just need to bleach the tent out and go and pick the leaves with the eggs. After it warms up starting tomorrow I suspect there will be more monarchs arriving. The photos I saw from the peak migration in DFW were spectacular! Since the wave typically follows the I-35 corridor we won’t likely see that kind of wave here in SE Texas but will instead get the folks coming in from other regions.