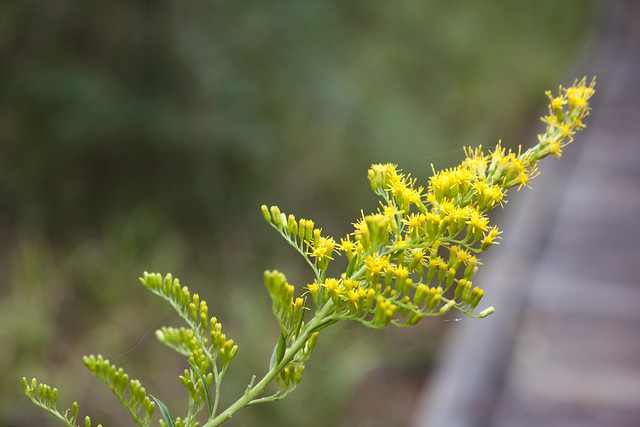 Chris and I got our early voting in yesterday. I’m not usually an early voter, I’ve done it once or twice before. I like to go on election day but I felt it was important to get it done with just in case I couldn’t vote next Tuesday. I sure hope Beto wins. It would really be nice to send an email to my representative for once and get a response that sounds like they are listening. I don’t know why I bother with Cruz and Cornyn other than to make sure they know there are people other than them living in Texas.

+Got an ocular migraine this afternoon. Since having Forest I’ve started having them more frequently. Probably 2-3 a year. Not sure what triggered this one but it was nearly 3:30 and I looked up from doing something and *bam* there it was. I took medicine immediately because I know it helps. About 15 minutes went by and my vision cleared but my headache kept going. It isn’t a super painful headache, it is dull and kind of makes me nauseous. I did end up having some caffeine this morning because I got a frou-frou coffee at our local coffee place so I’m wondering if that wasn’t some kind of trigger. Ok, back to decaf.

+We’re supposed to get a nasty storm system tomorrow which is going to ruin Halloween here. We usually participate in our city’s hayride but we were camping over the weekend so we didn’t go. Now to find some kind of indoor trunk or treat activity for Forest!

Gardening:
What gardening? This month has been a mess of unseasonable weather. Weeks of colder than usual temperatures and dreary, rainy grey. Maybe a nice day here and there but nothing significant. The deer have been ruthless on the garden the last couple of weeks, eating plants they don’t normally eat. With the garden senescencing plus the deer activity, things look awful.

Next season I think Chris and I are going to separate out two of the beds, one for each of us, to do with as we please—for the most part. That will leave three communal beds plus the cactus bed and the bed around the back of the man-cave/garage for us to rework. And considering a lot of the beds will be installed for five years now, there definitely needs to be some attention taken to a few areas. Plus for my section, I’m having trouble trying to think of shade-loving, deer resistant plants. I mean, I can think of plenty of shade-loving plants but it is the deer part I’m having problem with. I also want to work to reduce the visible mulch—more plants as mulch.

In the edible garden I have worked on getting fall crops sown in some areas. I could be planting more but am leaving several beds for Chris since he wants to sow onions and will want to have a bed for snap peas in December. And honestly, we hardly ever eat the amount of greens we grow—in reality I’m the only one eating salads regularly around here—so I’m trying not to go overboard but it is hard when there are empty spaces. I do need to follow up with resowing some seeds where there was spotty germination. But radishes are already being harvested, green beans are still going strong, and I’m not far from some greens being large enough to start harvesting. And! It’s miraculous! I have two tomatoes on my fall tomato plants! I don’t plan on getting any huge harvest but if I can get a few off the plants before it freezes I’ll be happy. And yes, officially done with fall tomatoes on Texas after this.

Loving:
+Camping and hiking season.
+iNaturalist
+Thinking about this 800g Challenge
+Lifting weights
+Finally figuring out what I was getting wrong in doing a pistol squat. Now that I can actually get into the squat, the challenge is getting enough strength to push myself back up out of it. Pistol Squat for those wondering what I’m talking about.
+Autumn!

Reading:
I have not been in a reading mood lately, mostly because I have two rather tedious, nearly college level dissertation type books that I’m reading. One is about the evolution of the environmental movement and the other is about gardening. The gardening one did not come off as something that tedious when I requested it from NetGalley but it is extremely philosophical with historical references and lots of citations throughout. I have to re-read paragraphs frequently. The environmental book is actually interesting and isn’t terribly difficult to follow, I’ve just not been in a mood for non-fiction.

I should probably find a fiction book to read.

Making:
Not much right now other than taking lots of photos while camping. I started a small painting in the studio but haven’t been back over in two weeks to work on it. Need to get back into that once or twice a week studio routine again. It’s been a weird month. And then I got sick last week so I wasn’t feeling up to anything.

Watching & Listening:
+Grey’s Anatomy: It was kind of weird, the season started with two or three episodes and then had a gap week already. So far so good.
+The Big Bang Theory: I’m thinking that with the marriage of Amy and Sheldon, this show has finally reached its apex. I believe this is the last season and I’m actually kind of glad.
+Better Call Saul: The show ended earlier this month but what an ending! “S’all good man!” I’m thinking once this series ends it will be time for a Breaking Bad binge.
+This is Us: Loving this show and how they are working in a lot of the flashbacks! Still happy with this one.
+Doctor Who: So, after Matt Smith left as the 11th Doctor I stopped watching. I wasn’t super interested in the 12th Doctor but when I found out the 13th Doctor was going to be a woman I was on board for watching again. And three episodes in, I am not disappointed yet! And probably an unpopular opinion, the 9th Doctor, Christopher Eccleston, is my favorite doctor!

Netflix:
Same Kind Of Different As Me: Based on a true story set in Fort Worth, Greg Kinnear and Renee Zellweger play a married couple whose marriage is on the rocks when they started volunteering with a homeless mission. I really enjoyed the quiet little movie and think it is worth the watch if you are flipping through Netflix!

Private Life: trailer here. It’s a comedy/drama about an early-middle aged couple in NYC attempting to have a child of their own after a lot of trouble. I thought it was pretty good but the ending was a bit sour.

Because I was sick last week I spent the week blazing through some early 2000s romcoms at lunch and in the evenings: The Lake House, Nights in Rodanthe, Princess Diaries II, and Two Weeks Notice. It was nice to revisit a few of them. I got a laugh out of a photo of 21 year old Prince William on Princess Diaries—he had a lot more hair! Of course he was minus a wife and three kids, too! Also, warning for Two Weeks Notice: first *45 is mentioned because Hugh Grant’s character is a developer and of course they run in similar circles—and then he shows up on screen for 30-45 seconds. It’s pretty jarring and his lines are incredibly on point with what we know him as today. I wish they would edit that out.

Brene Brown on Armchair Expert Podcast: OMG the first like five minutes of this are one giant tribute to Texas, from Brene to Dax. I do enjoy this podcast, though I haven’t listened to every episode. It’s long form and I think interesting conversations from a varying group of people.

What about you? What’s up in your life?