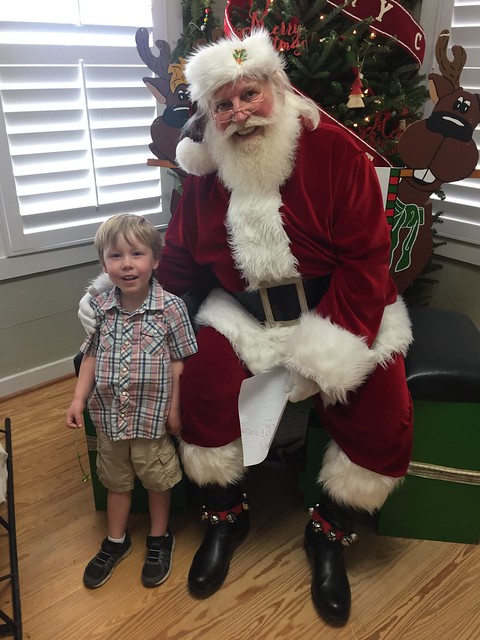 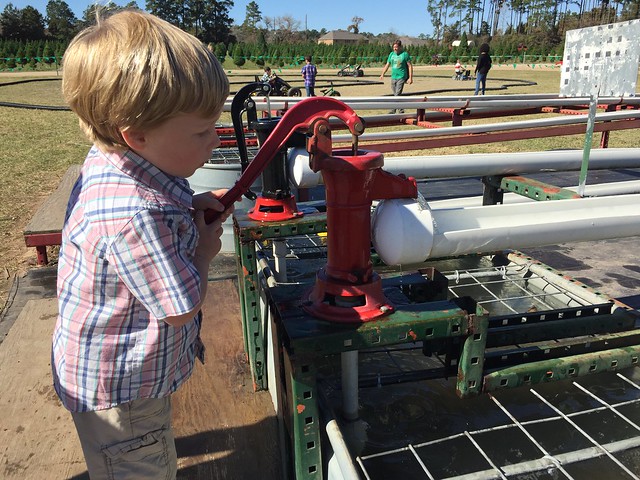 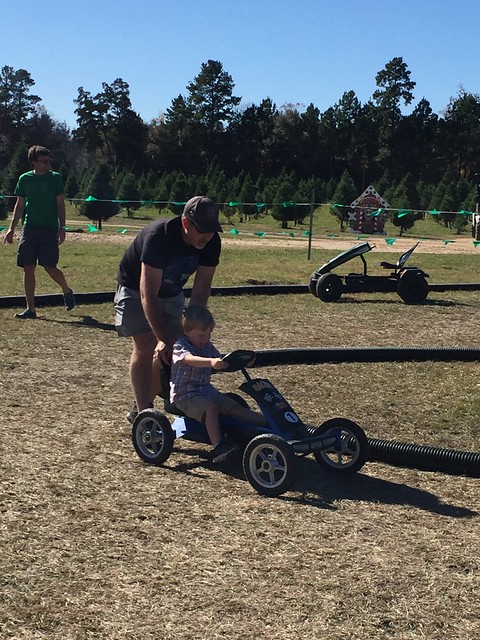 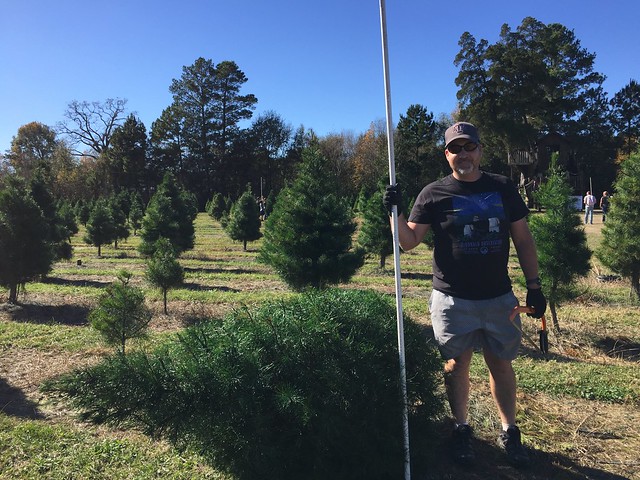 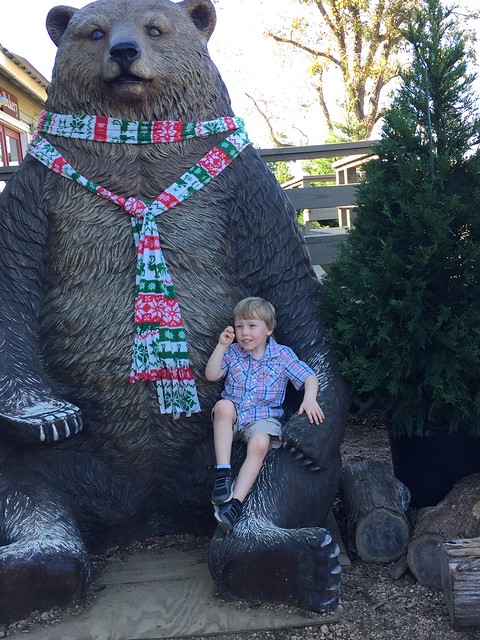 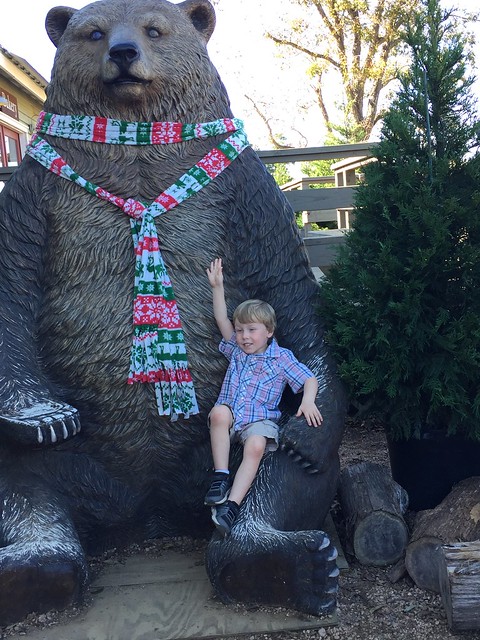 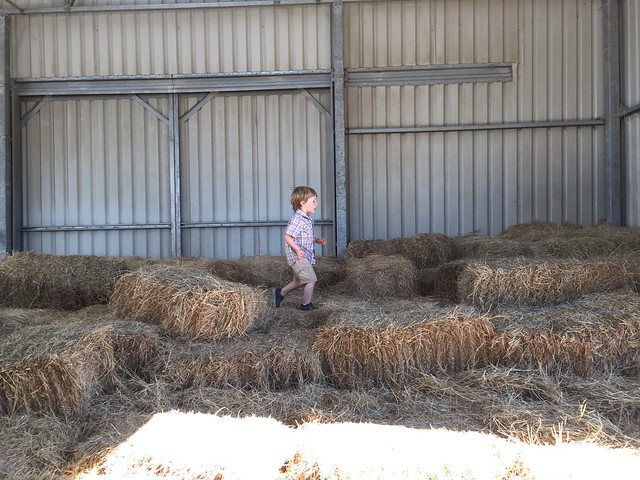 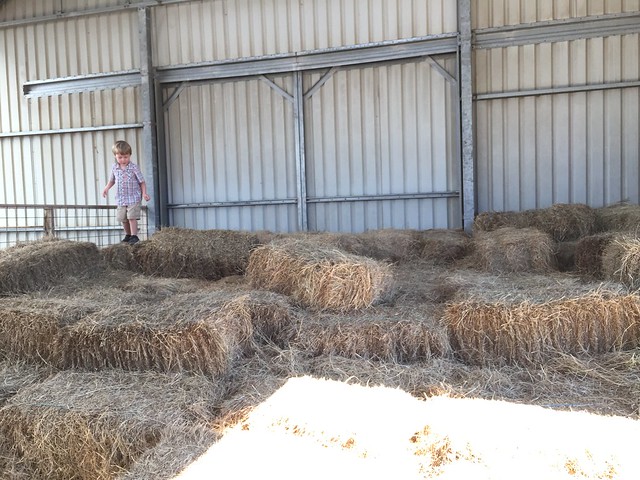 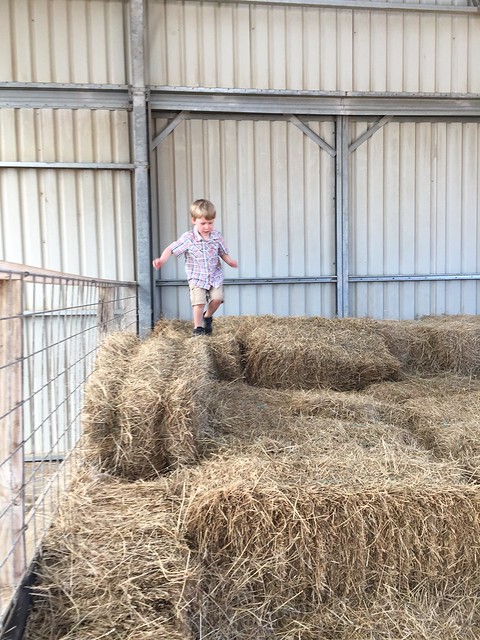 Yesterday was one of those typical Texas December days that had you thinking it was early March. It was shorts weather and if you didn’t know any better, you would be loading up on plants at the nursery to get going for spring. A cool front came through last night which chilled the air just a bit but the temperature is back up today, though not nearly as high as yesterday’s.

We had intended to get out and get our Christmas tree last weekend after we got back from Thanksgiving but the goal of cleaning up our upstairs living/play area was thwarted when Chris realized the pipe running under our neighbor’s yard that assists in draining our yard when it rains (it takes it to a wooded lot on the other side of our neighbor where it flows into the pond), was not draining right. He has to periodically clean it out with pipes and I think he even uses a hose to force water through it to clear out clogs sometimes. So, his time was spent investigating that and it turned out that our neighbor may have accidentally broken the pipe when he drove on his yard after the rain we had while we were gone. Needless to say, no cleaning up got done and getting the tree was put off until yesterday.

Since it was such a gorgeous day lot of other folks were out getting trees, too. Thankfully the line for Santa was nonexistent! We’ve taken Forest to Bass Pro the last several years but that is all the way down in Katy and you spend quite a bit of time in line waiting. No waiting, even though it was a take your own photo situation instead of a professional, was worth it! Forest wrote out his list for Santa on Friday night with some help from me. He’s getting better at writing but definitely cannot spell things on his own, though he has started trying to sound out words and figuring out what they start with. He can spell his name, of course, though sometimes he writes ‘FORT’ instead of ‘FOREST’ and insists that’s his name! We took that list with us and Santa managed to decipher 4-year old writing for the most part with some interpretation from me.

Afterward we wandered through the games the tree farm has and then boarded the hay wagon pulled by antique tractors to get out to get our tree! Back at the tree barn there was a pile of hay for kids to play on and Forest made a beeline for that, bouncing on the hay with the other kids. He did manage to get his foot stuck in a small hole where one of the bales has moved apart from the other bale, so I had to climb up and finagle his foot out of that!

Now the tree is merry and bright upstairs and decorated. We did have one ornament mishap when I let Forest hang a glass ornament. He managed just fine with its pair, a fish, but the second one ended up on the floor in pieces. After that I made sure to hand him non-breakable ornaments.

Oh, and Forest picked out his shirt to wear! This kid does not normally like to wear button shirts at all–he’s all about the cozy!—but he grabbed that out of his closet and said he wanted to wear to Santa! Sure thing, dude!

You can see our very first trip to the farm here.