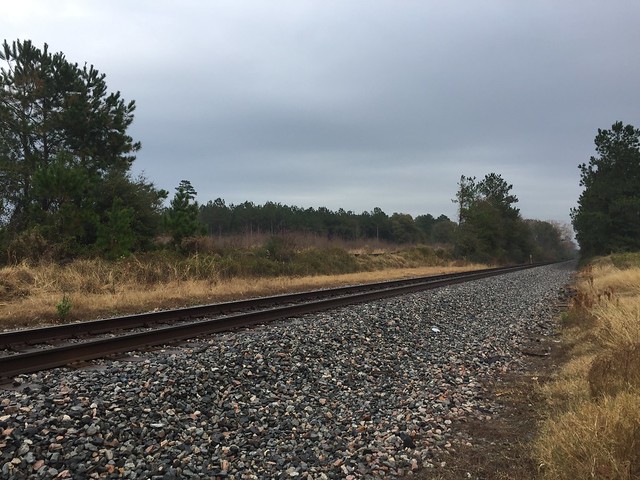 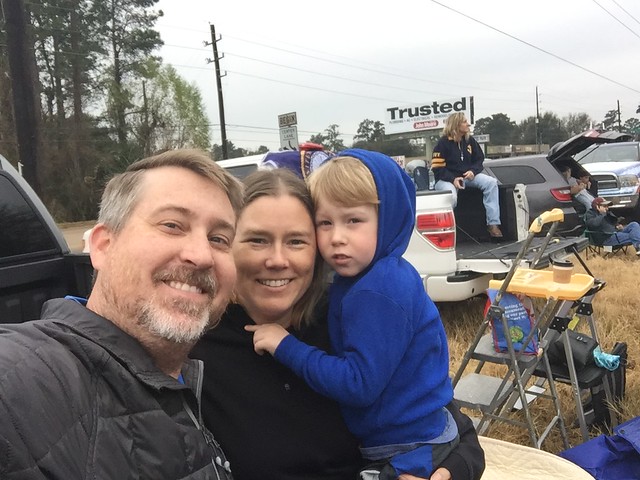 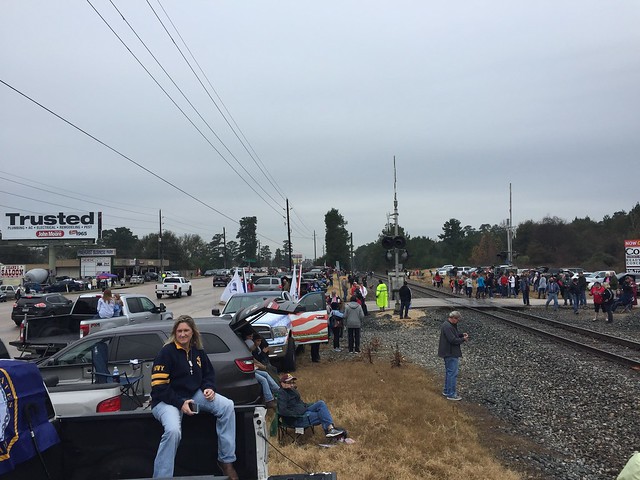 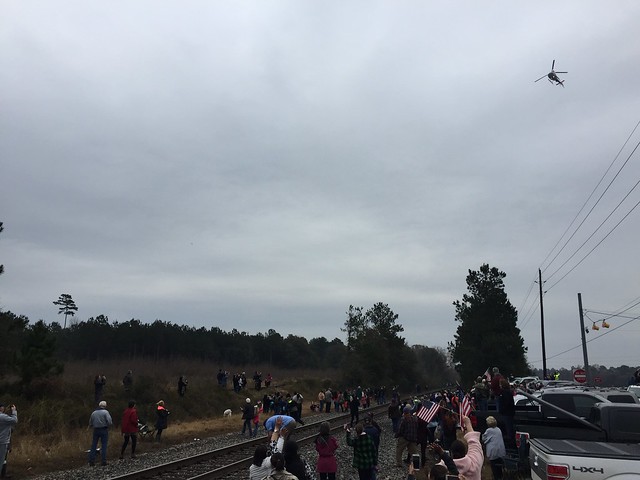 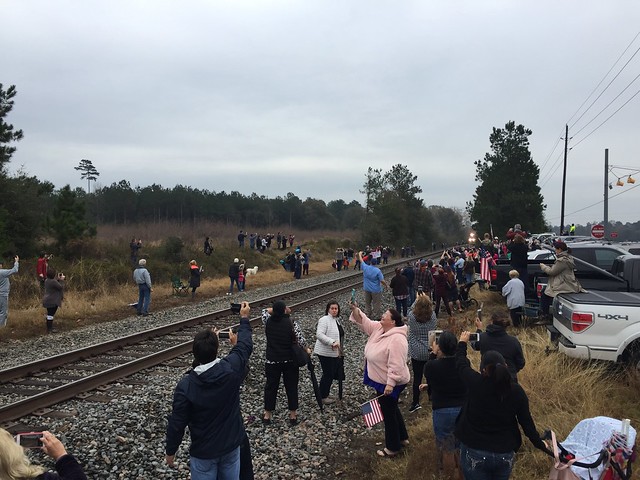 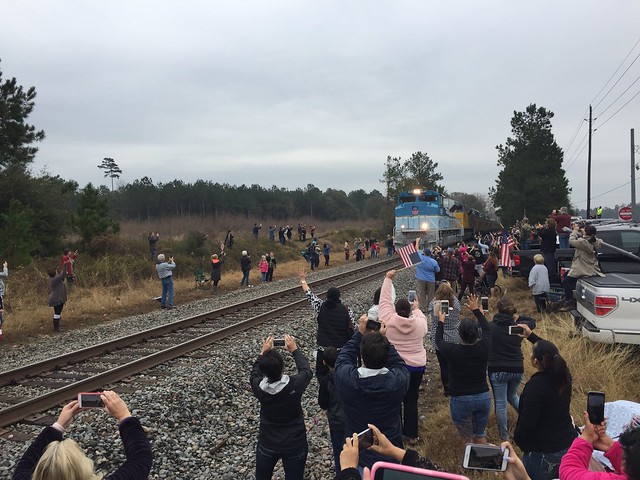 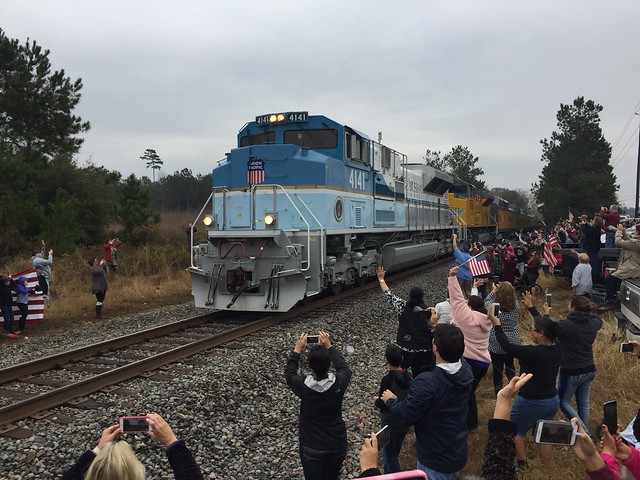 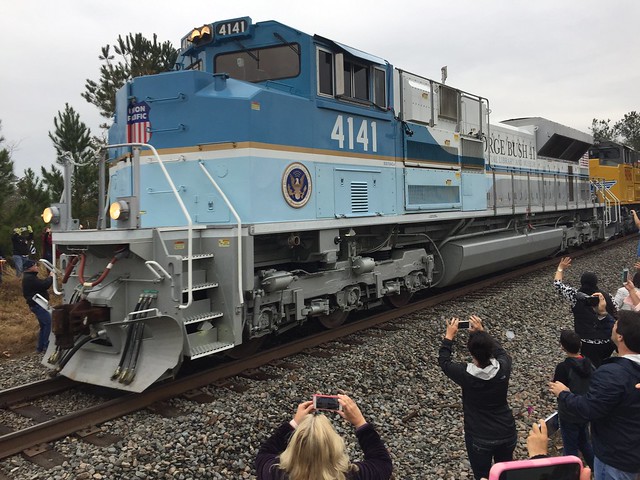 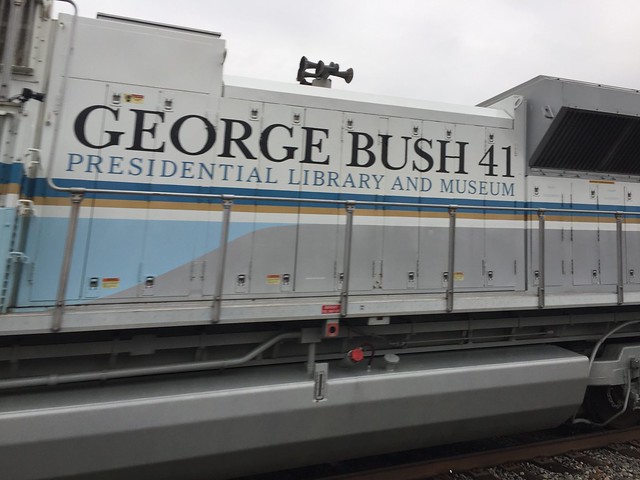 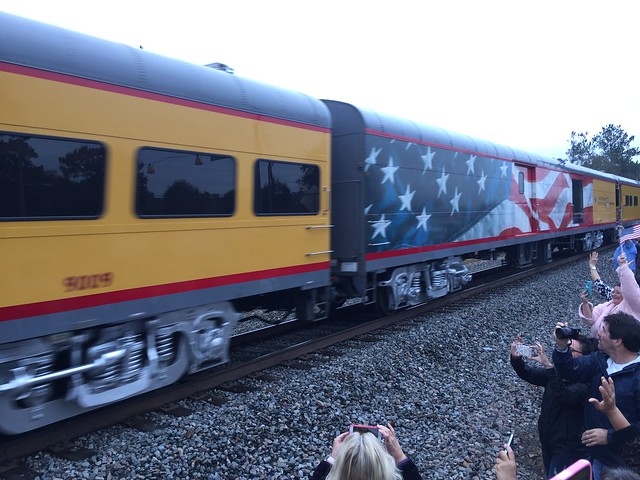 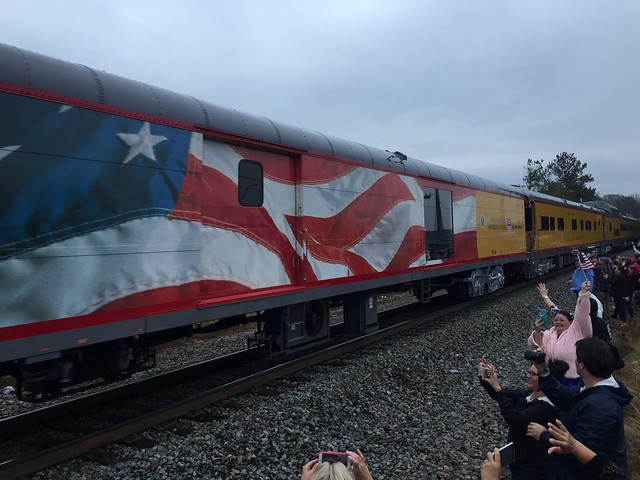 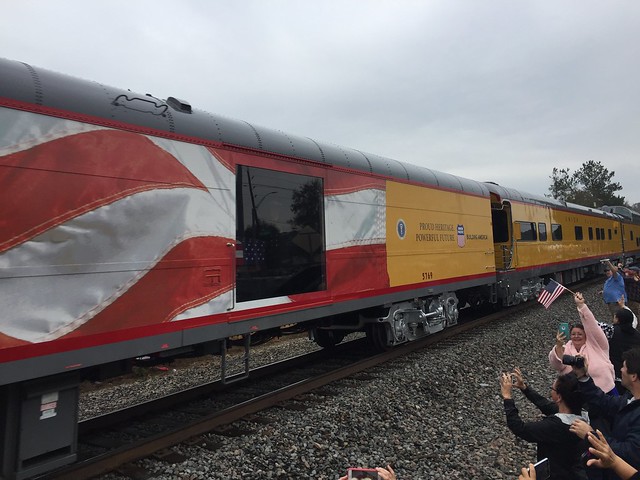 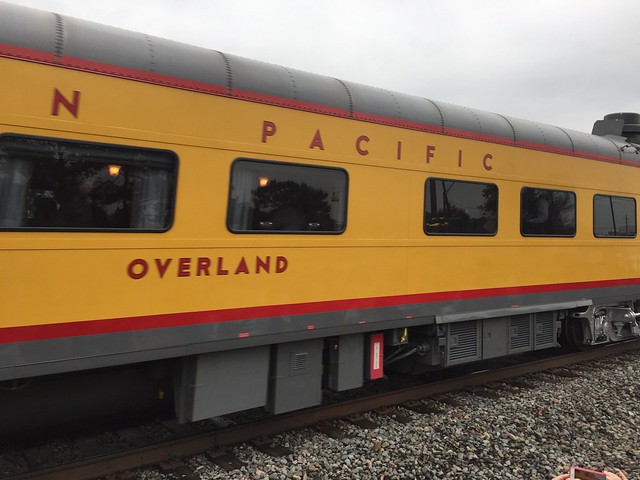 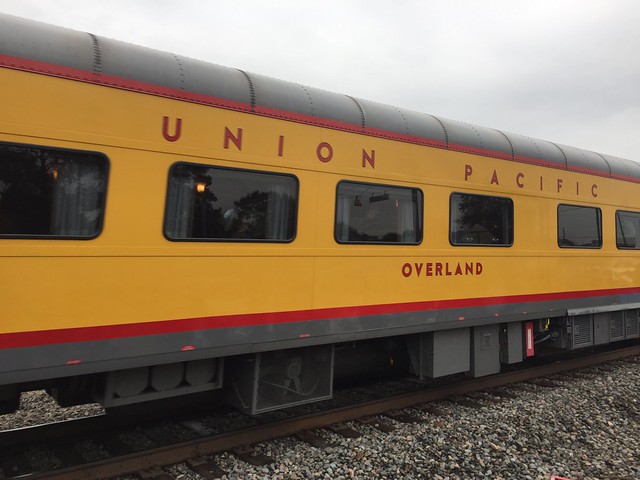 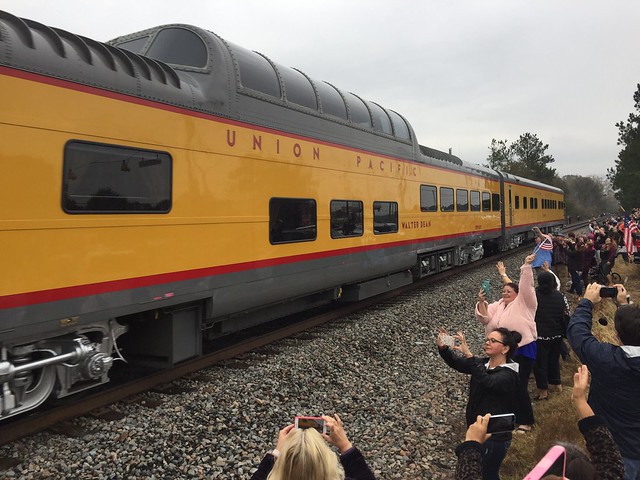 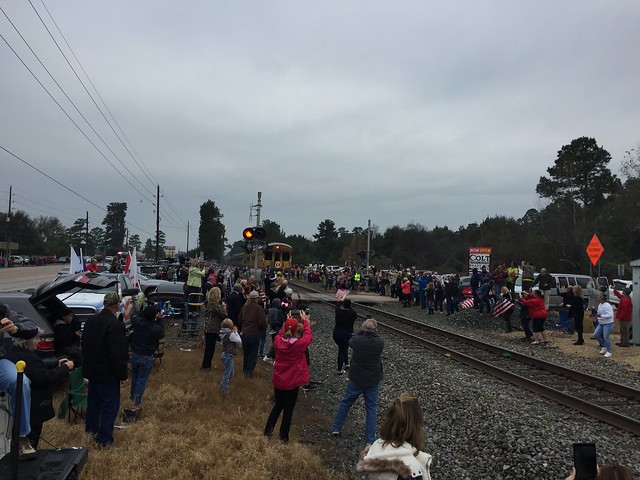 On Sunday I got on our NextDoor group and saw that several people were posting about President Bush’s funeral train supposedly traversing a track that runs through a town very nearby. I can hear the train horns from inside our house, that’s how near this track is. Sure enough, I looked up the route and it was set to go through Magnolia sometime around lunch or just after. I told Chris about it and thought it would be neat to go. Honestly, when I thought about going I didn’t imagine that a ton of people would be going considering it was the middle of a work day. Little did I know!

Now, if you’ve read this blog long enough or know me in real life, you know I’m a liberal. I was not a fan of GWB while he was president, though like others in the media and Michelle Obama, I’ve warmed to him post-presidency. As for George H.W. Bush I honestly didn’t have a huge opinion of one way or the other because during his presidency I was 8-12 years old. Not exactly an age to be paying attention to politics. I do remember in 6th grade (1991-1992) having a mock election or something like that and I was for Ross Perot. I’ve obviously evolved since then but apparently I do like those third party people because I went for Nader in 2000. Hah!

During the course of the last week I’ve obviously read a bit more about his presidency and his work in politics before that and of course it was mired in the lens of 2018 of being somewhat problematic. But, I have room for nuance and empathy, and also historical importance, and knew that I wanted to see this train if I could. Chris did too and he wanted to take Forest out of school for a few hours to see it. I was hesitant at first because he didn’t know what the president was and only in the last several months have we really talked about death as a concept for humans. Trying to explain both of them together was a bit tricky and I don’t think he quite gets what a president does but I showed him photos of GHWB and so he kind of understands he was an ‘old man’ who died.

We picked Forest up, grabbed Sonic for lunch, and then headed for Magnolia where we thought we’d stake out a spot at the Walgreens which is across from the railroad. But we didn’t get very far down, right where the tracks begin paralleling FM 1774, and saw a lot of people pulling over the curb and right up to the railroad. Across the street people were parking in empty lots or businesses. Well, this worked as well as going all the way into town!

I’m glad I took that empty track photo at the top because it wasn’t empty for long. Parking quickly filed up and traffic got thicker. Eventually a couple of officers started walking along the tracks trying to move people off of it. Folks were putting coins on the tracks so they could get the flattened result later and there were several railroad spikes laying on the ground. We’d arrived just after noon but had to wait for nearly an hour and a half before the train arrived. Chris had kept tabs on a livestream on his phone so we had an idea of when they left the rail yard in Spring but it wasn’t until the helicopters arrived and began barking over a speaker for people to clear the tracks that we knew it was really near.

And then UP 4141 was in sight and while it didn’t move as fast as a typical train it was moving at a good clip. I was balancing trying to take some photos but also attempting to be in the moment and look at the train itself, in the windows, and finally at the casket. At the time I could only make out a couple of people waving but I couldn’t tell you they were anyone in particular. I did get a good look at his casket in the window when it passed but only the angled photo. And looking closer at the photo I now see a military officer standing guard inside which I did not see at the time. I see other people waving or sitting/standing in the passenger cars but again, cannot make out anyone in particular.

The train passed quickly after that, it seemed. Looking back at the photos the approach seemed slow and then in front of us it just whirred by. I kept thinking, no, wait, slow down I want to actually see it, see everyone inside, to make the connection between these people we see on tv and hear talked about in the political spectrum, to see their humanity. Instead, just anonymous waves from inside the cars and the waves from the crowd outside to the people inside.

I’m glad we went. It was an experience that likely won’t be replicated in my lifetime.