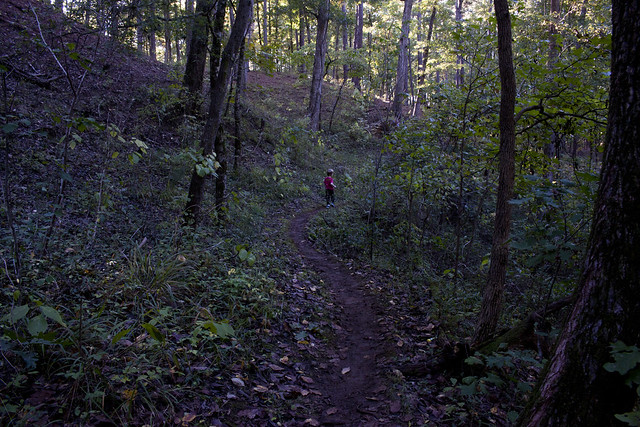 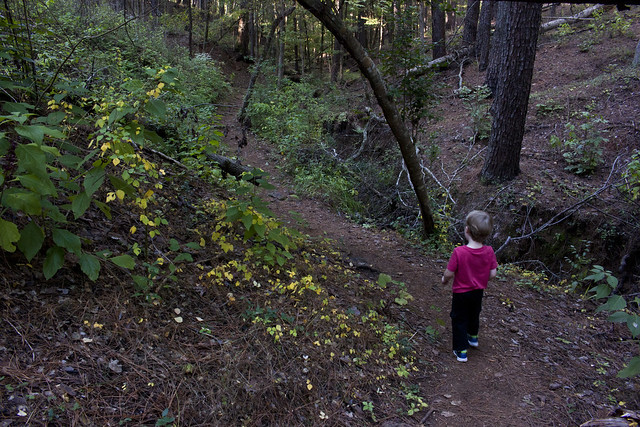 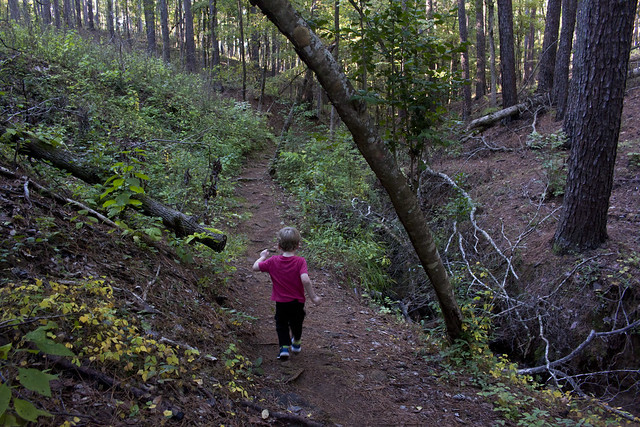 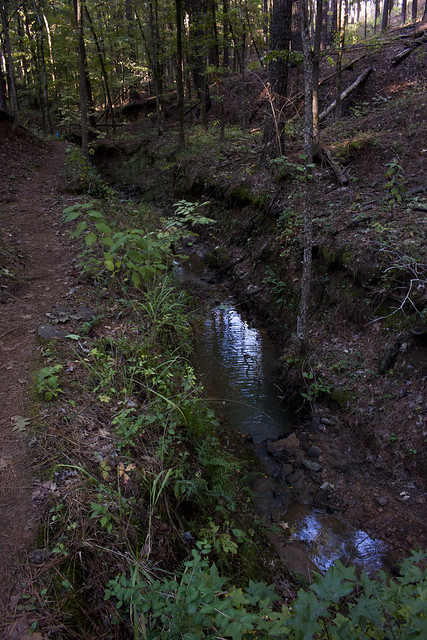 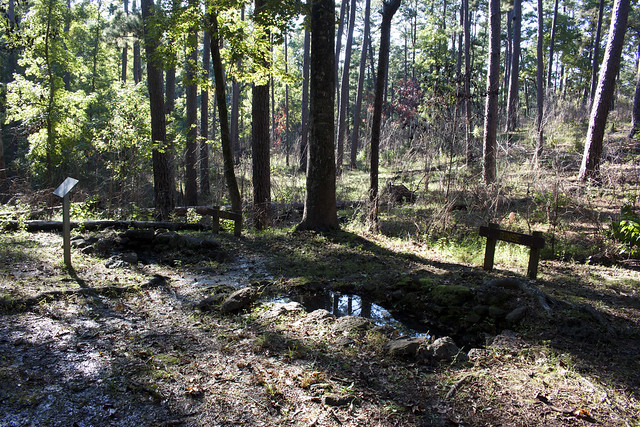 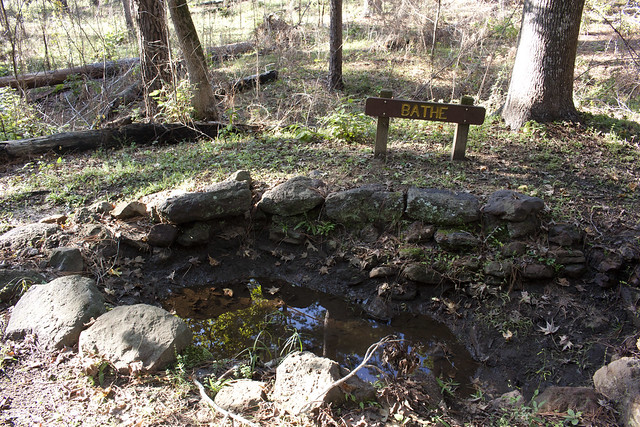 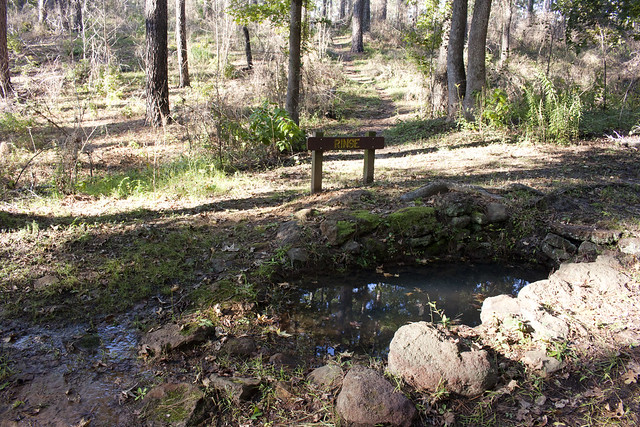 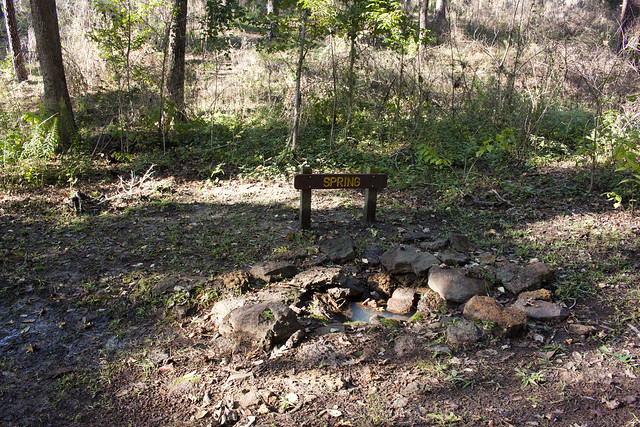 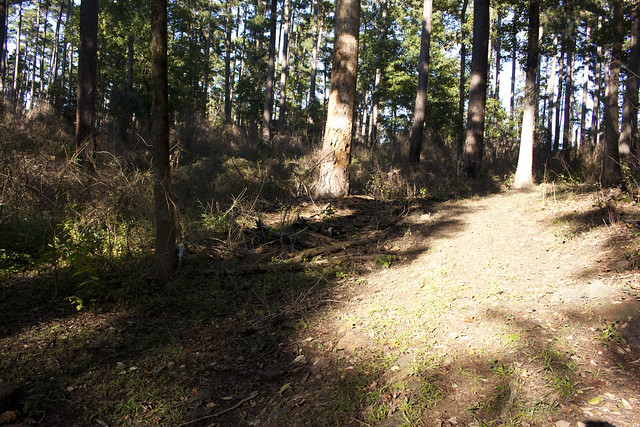 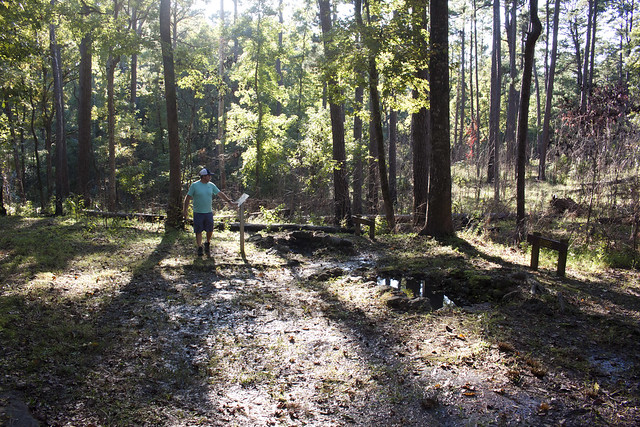 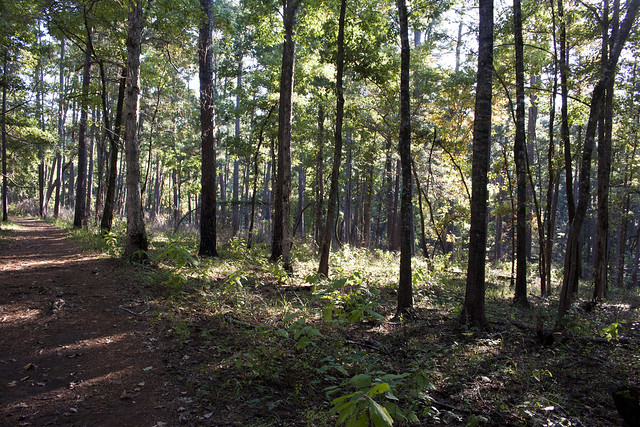 Hidden away on the Olen Matchett Trail near a remote corner at the front of Mission Tejas State Park are a set of old CCC tubs. Constructed when the CCC workers had set up camp to construct the state park, the tubs are a few feet downhill from a spring.

Before our dinner the night we stayed at the state park we made one last hike to see what this interestingly labeled point on the state park map meant. At a slope behind the top of a hill we found the set of tubs. The spring was at the top, the clean rinsing tub in the middle, and the bathing tub at the bottom. I can’t imagine a whole bunch of men lined up to get their weekly baths in the 1930s—maybe they took turns throughout the week? And I wonder if they had to hike up to take their bath or if their camp was nearby? Either way, it was interesting to see this relic of the past hiding in the woods. It’s hard to believe it’s nearly 100 years since the New Deal was passed. I just hope all of these CCC built parks throughout the country can be preserved as the years pass.

An interesting write up from Houstonia magazine about the park if you’d like to read: For the History Hounds: Mission Tejas State Park. Since the Caddo Mounds is mentioned in there you can read about out trip in 2014 here.