The final post for Mission Tejas State Park! A few little morsels between photos but a write-up at the end! 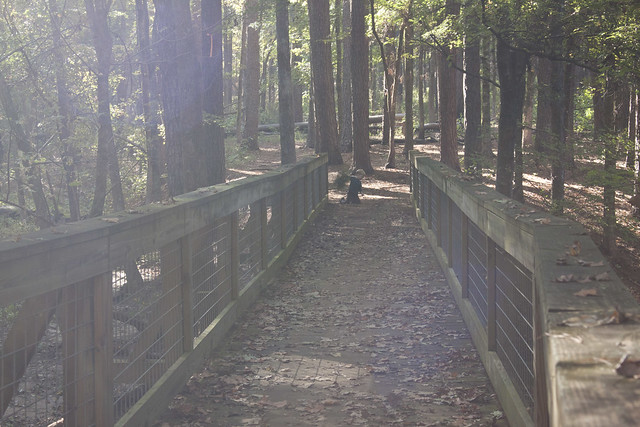 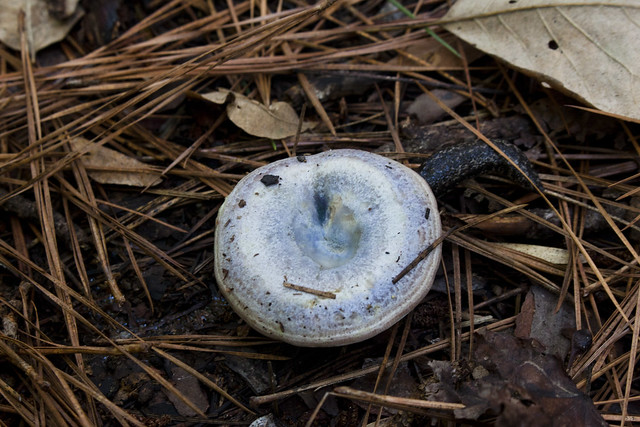 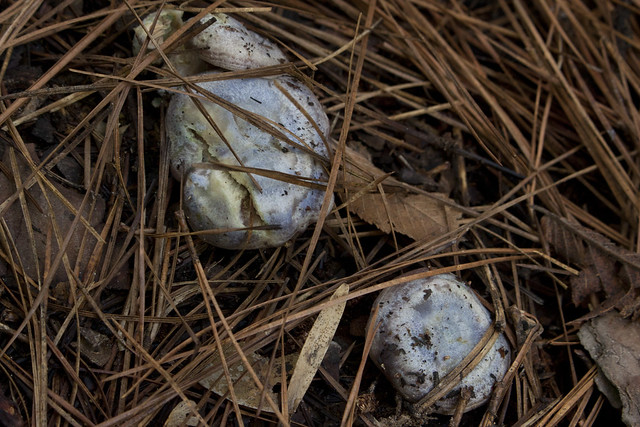 Indigo Milk Cap, Lactarius indigo: I was so excited to see this! The state park had shared a photo on social media a few days prior to our hike of this cool mushroom and I had seen someone else share their find in Ohio, so I put it on my bucket list to see one of these. We kept our eyes peeled for them but it was Chris who found them in an early morning hike before Forest and I got out of the tent. We went back later to find them and I looked underneath on the gills but didn’t really see any blue ‘ink’ oozing so I wasn’t 100% certain that’s what they were until I compared photos online. A pretty great find—thanks Chris! 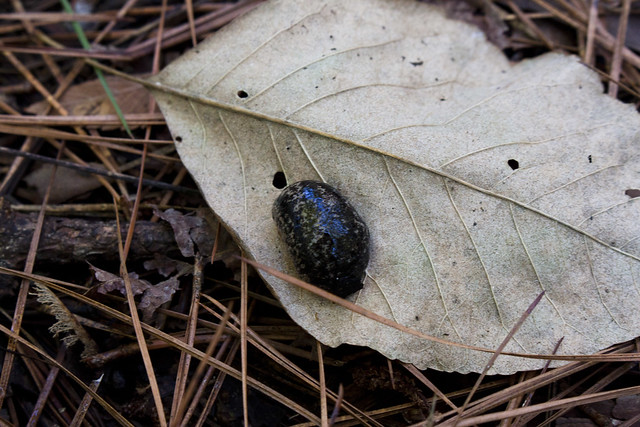 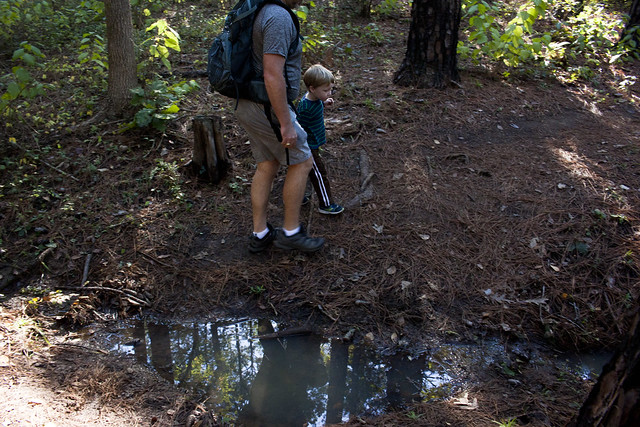 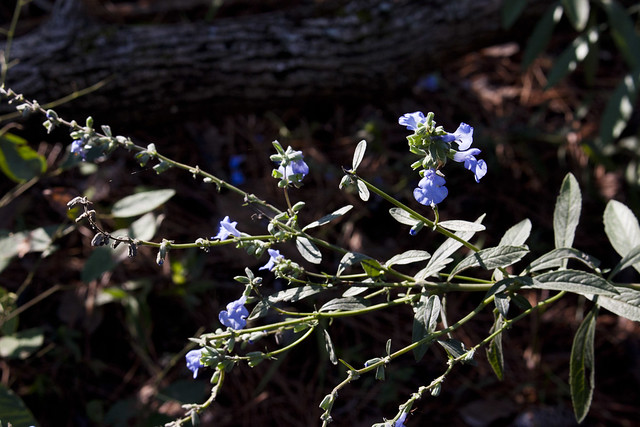 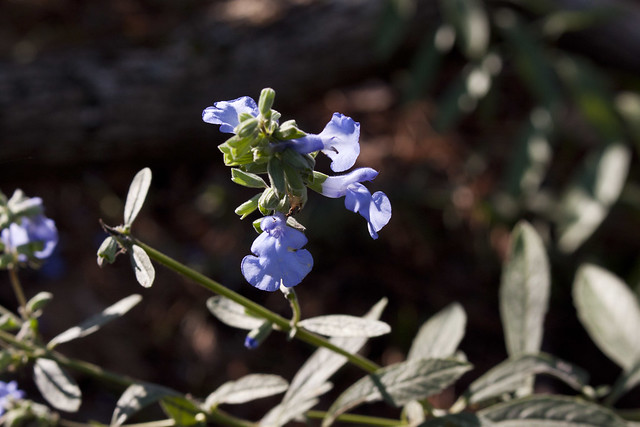 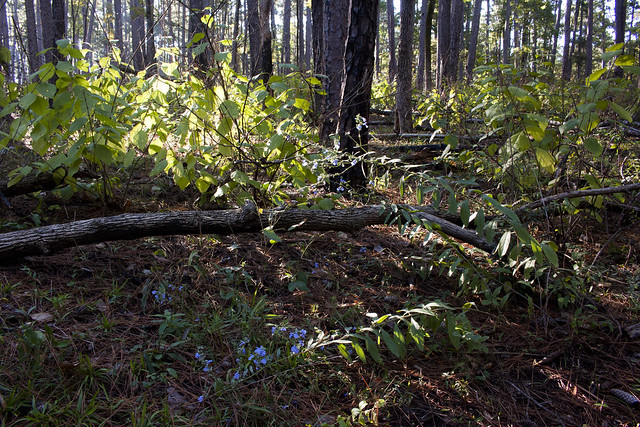 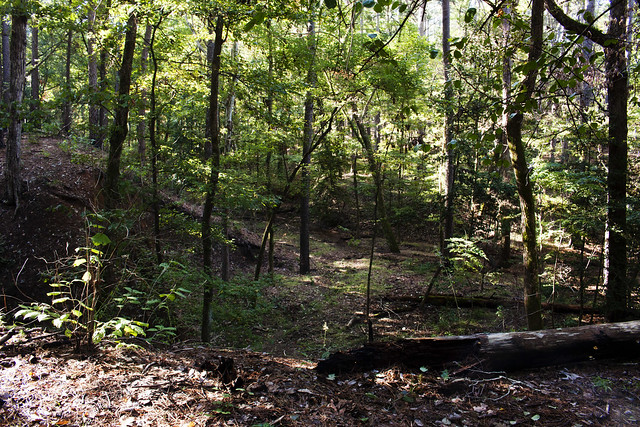 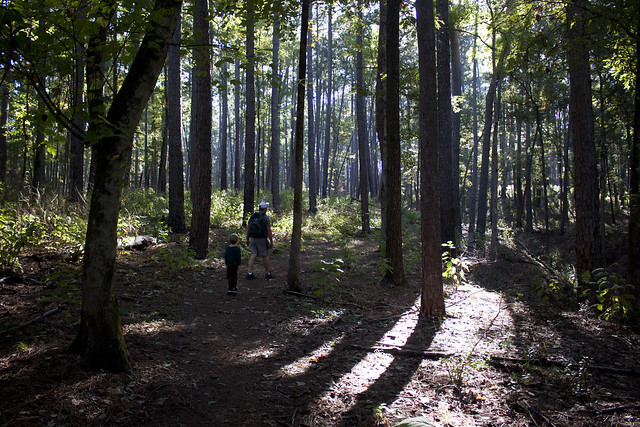 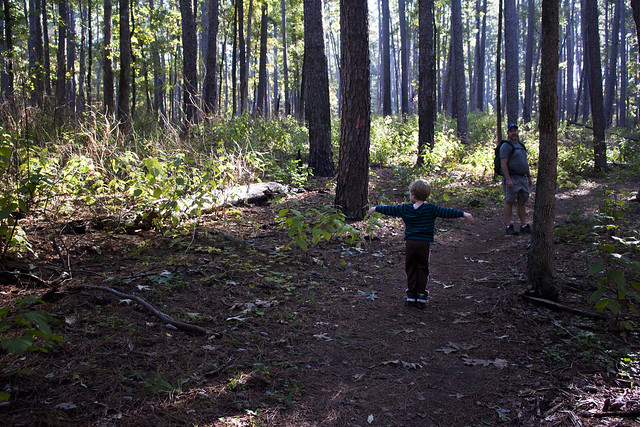 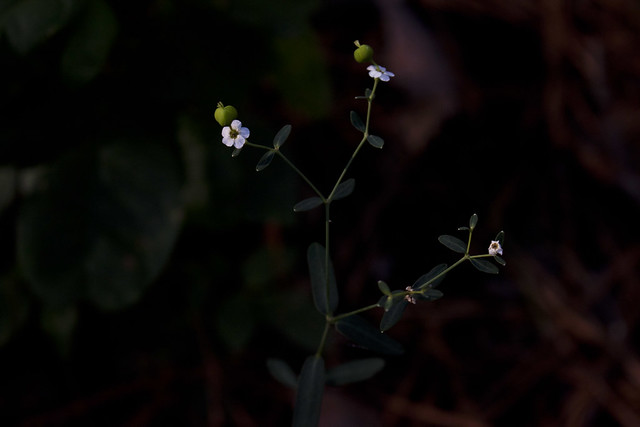 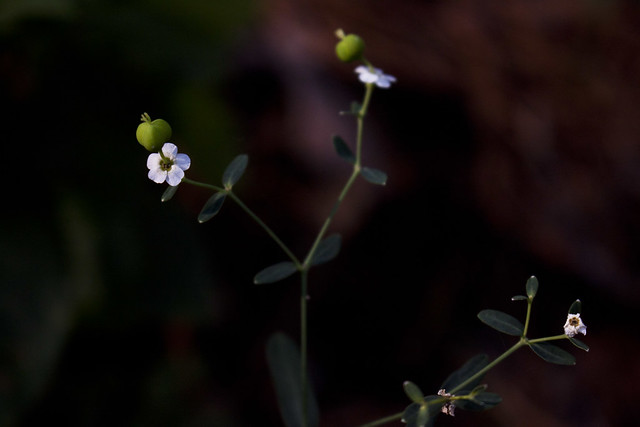 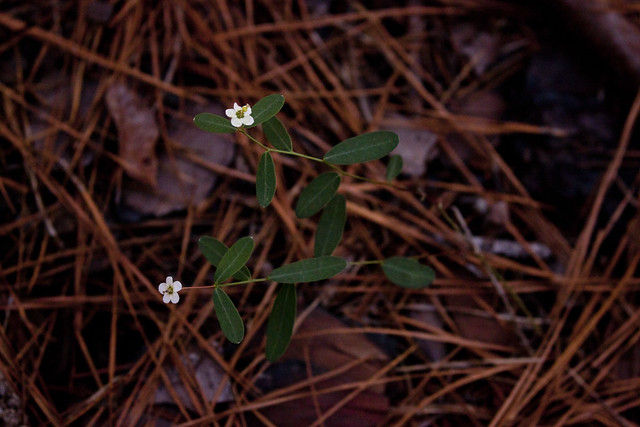 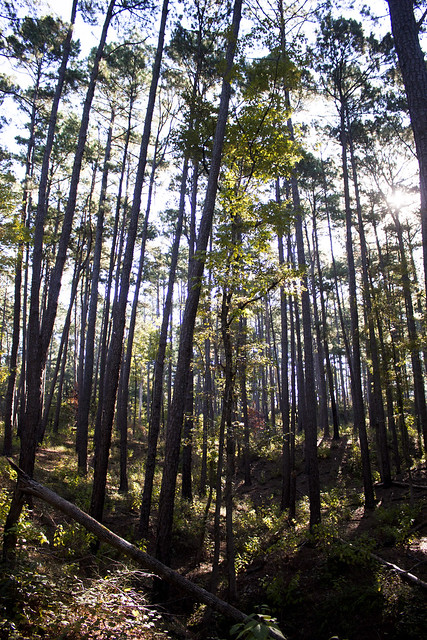 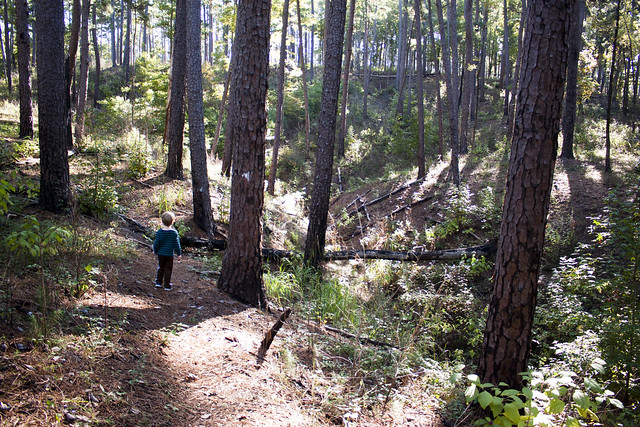 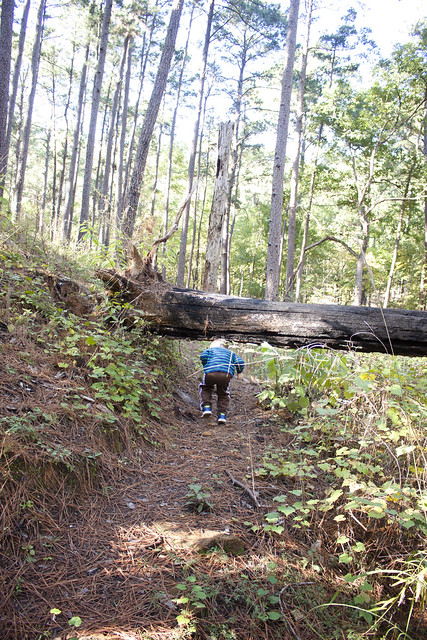 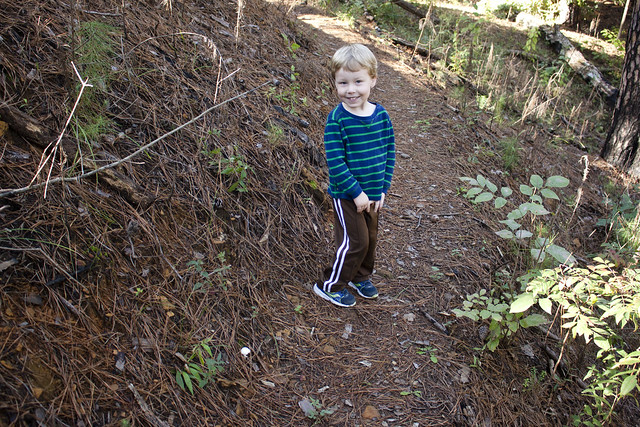 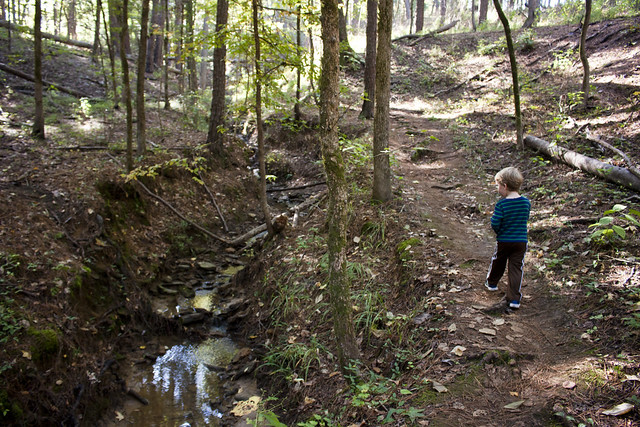 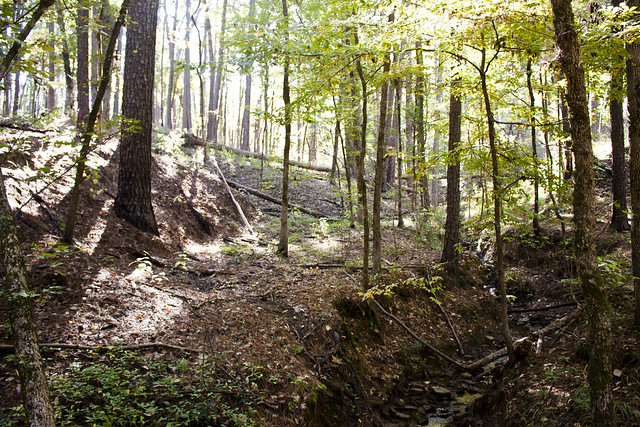 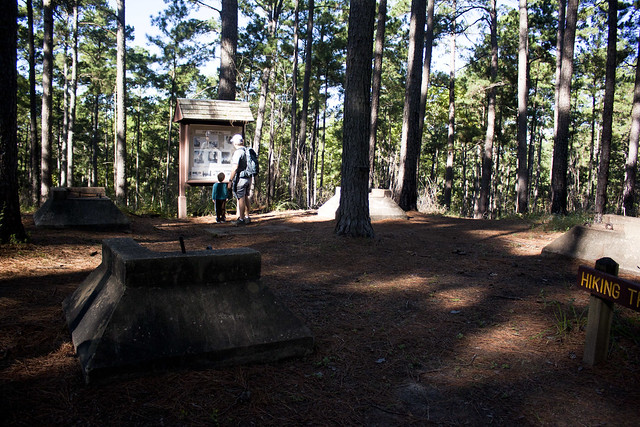 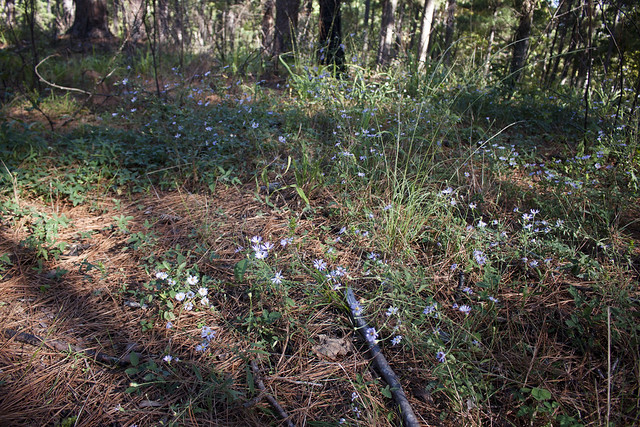 On Sunday morning before we left the state park we opted for a long hike between breakfast and packing up for lunch. Piecing together the Cemetery Hill Trail, Lightning Trail, Olen Matchett Trail, Fire Tower Trail, and Karl Lovett Trail, we made a giant loop from our campsite back to our campsite. I can’t recall but I believe it was around—errr, hey, I have a handy dandy Garmin watch and so I checked my app for that day and it looks like that hike was only 1.5 miles. It certainly felt longer with some of the steep hills!

The morning was gorgeous, a perfect early fall morning in east Texas with sunlight pouring through the pine canopy and punctuating the understory with golden glow. The terrain was quite rolling, particularly along the Lightning and Olen Matchett trails, with steep ravines that begged to be explored. I think Forest was rather happy, too, as he stopped along the trail and spread his arms wide for a few moments to pretend to be a bird. A downed tree along the trail was no match for him and was a perfect play opportunity for him to crawl under!

I’m now quite enamored with the blue sage, especially after growing it in the garden this year. I ordered more seeds so I’m hoping to have even more this coming year. The little euphorbia find was a nice surprise as I almost walked past it but decided to stop and take its photo. At the time I didn’t know what it was but upon reviewing the photos and seeing the seed pods I knew it was a euphorbia and after that it was fairly easy to identify to species.

After climbing the steep Fire Tower Trail we arrived to view the remnants of the fire tower for a few moments. Forest didn’t quite understand what it used to be so we showed him the display materials at the site and told him how they used to work. Maybe some day he’ll see a real one! There’s not too many left in east Texas.

After that it was an easy sloped downhill back to the campsite where we packed up quickly to grab lunch in Crockett on the way home. As I stare at the photos from this trip I fall more in love with this little state park. I know we will be back next year!