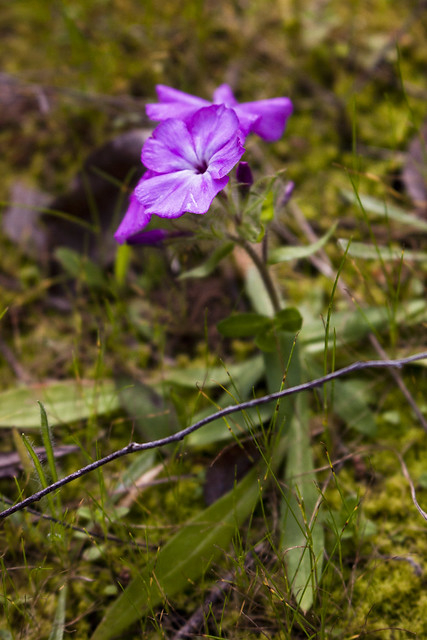 Over the weekend we went to the Hill Country to camp at Inks Lake State Park, and we were in for a treat. The Lady Bird Wildflower Center has been sharing their wildflower reports on social media, basically reposting what people are sharing that they’ve seen, and I’ve seen bluebonnets from Big Bend to the Hill Country posted. Sure enough, as we headed into the Hill Country we found wildflowers galore, including plenty of early bluebonnets. Closer to Houston there are some paintbrushes beginning to bloom but the big awakening is yet to happen.

As we traipsed along the Gneiss rock formations in the state park, I think we were all enamored with the amount of wildflowers already out. At least, I know I was!

I’m still working on wrapping up our Thanksgiving camping trip posts and tomorrow there will be a final post from the Davis Mountains and then I’ll launch into South Llano River State Park, which was our stopover on the way home. We went camping at Stephen F. Austin State Park just west of Houston/Katy a couple of weekends ago and I have those photos and hike reports to share. In addition, we were in DFW earlier in February and attended the Fort Worth Stockshow and I have some photos from there that I need to share at some point.

It looks like next week we may drip close to freezing and I hope that’s the last of those chances and then I know it will be full-on gardening and outside mode….if we can just have a bit less rain and some more warmth!