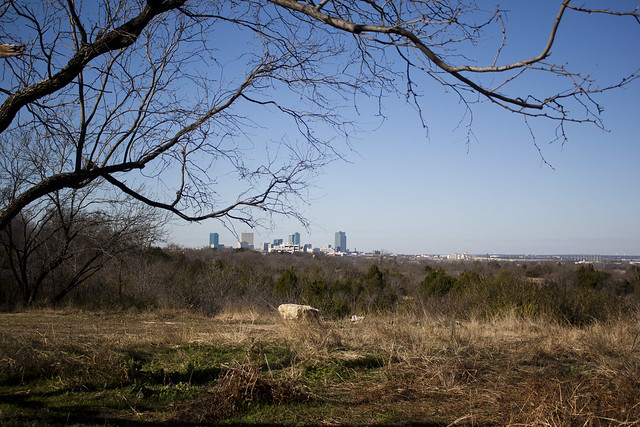 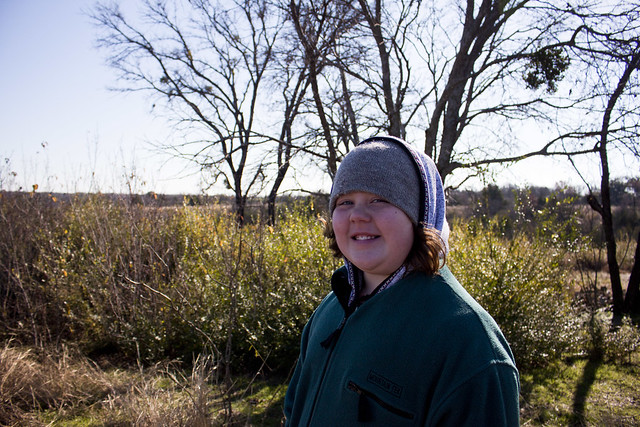 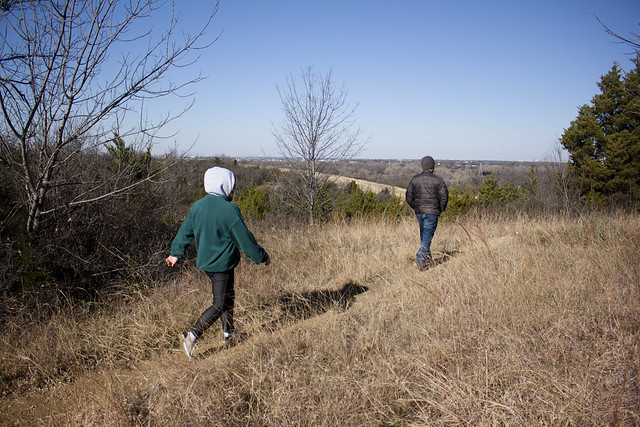 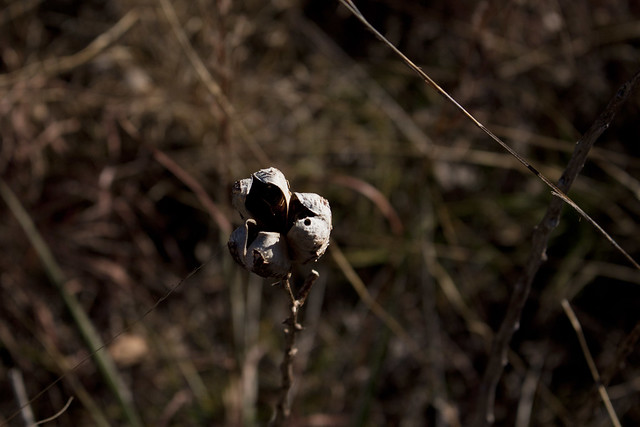 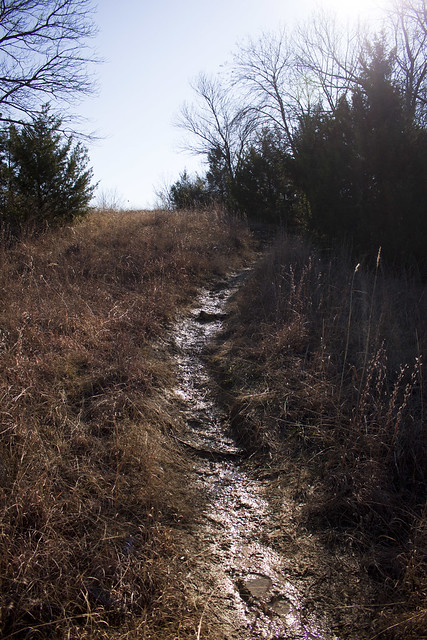 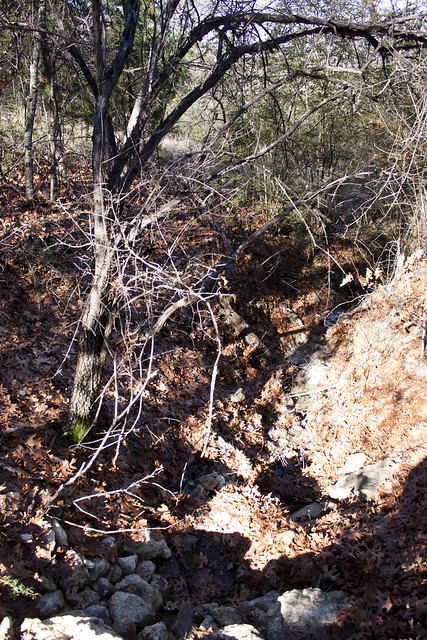 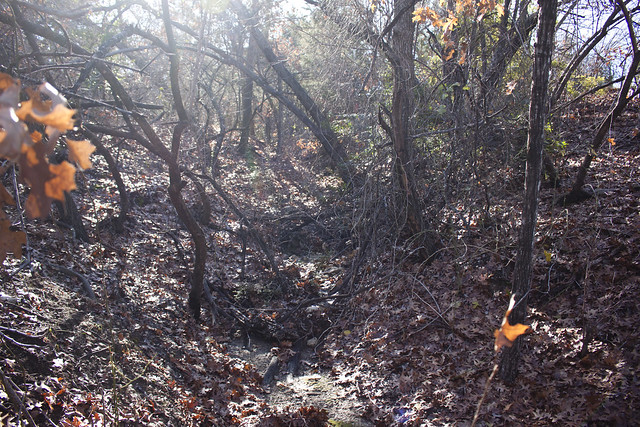 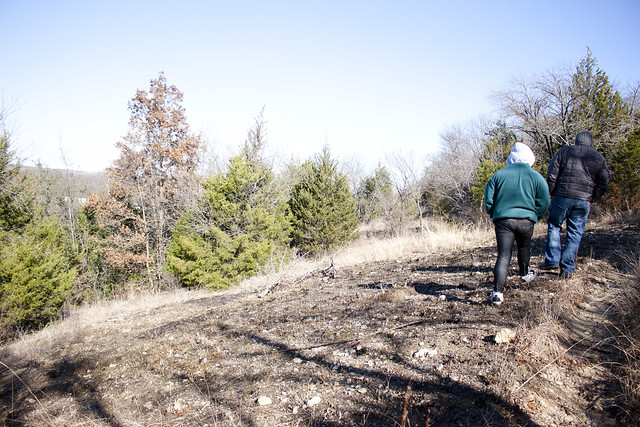 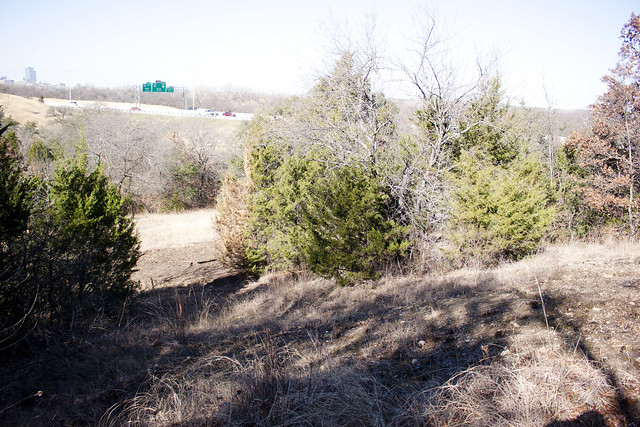 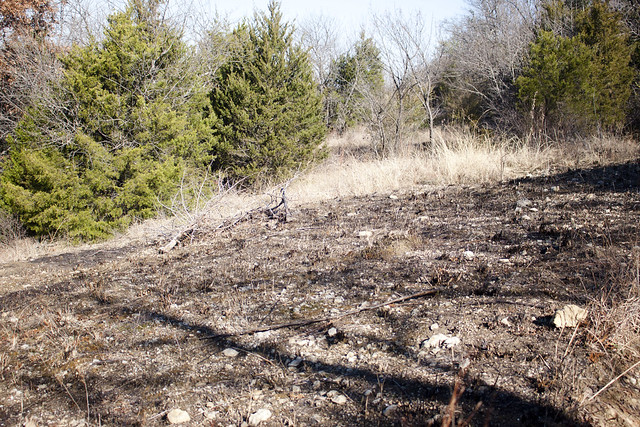 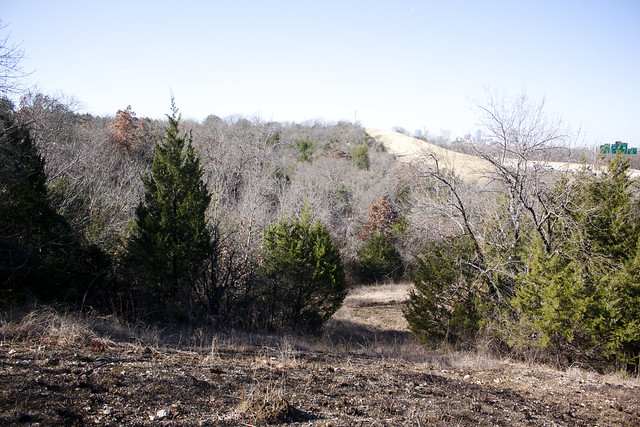 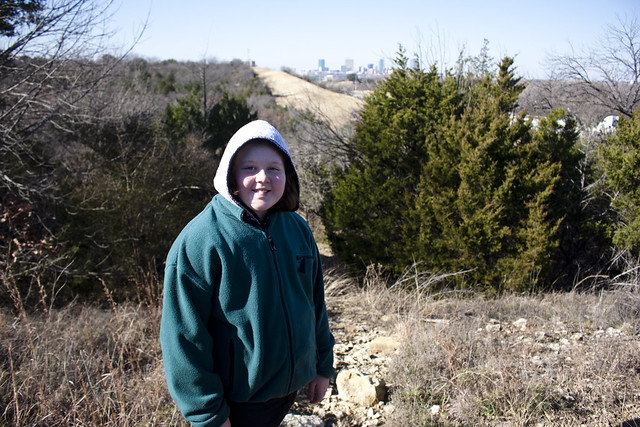 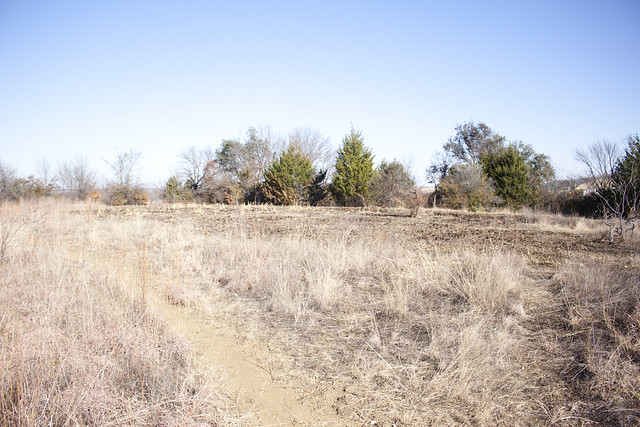 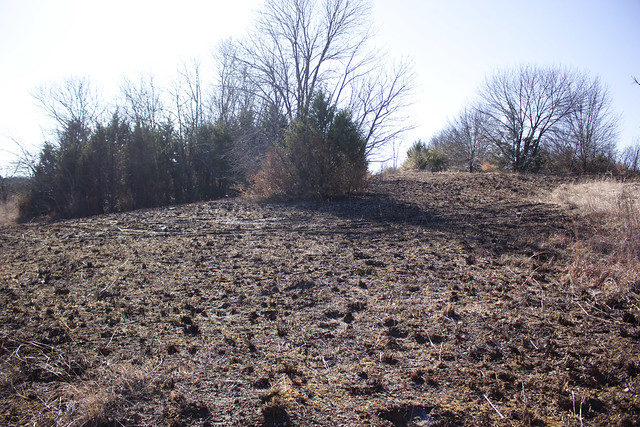 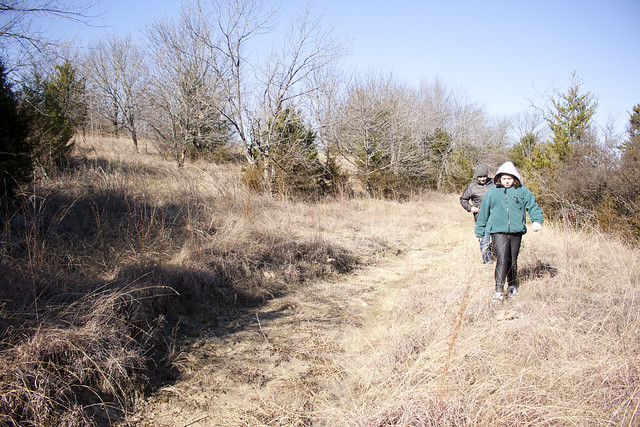 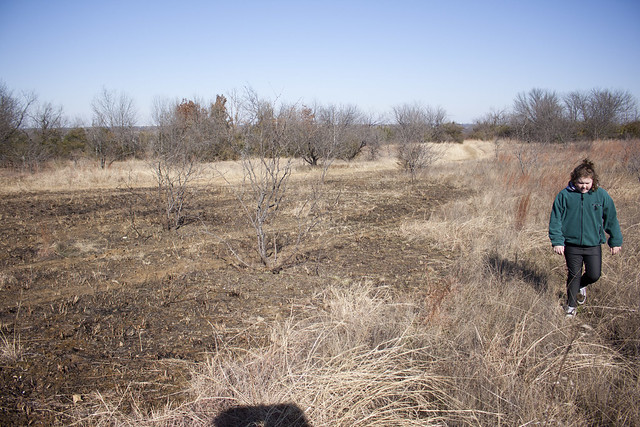 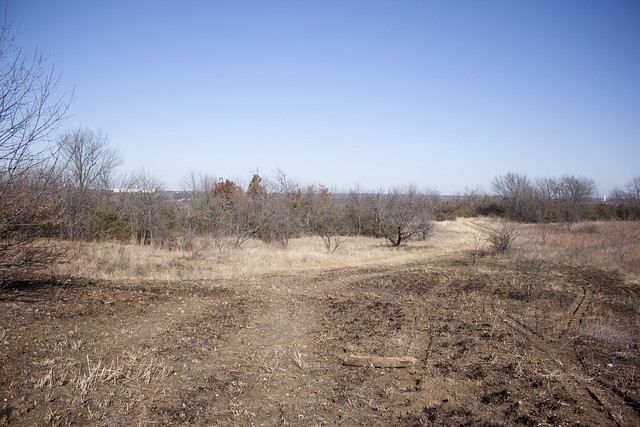 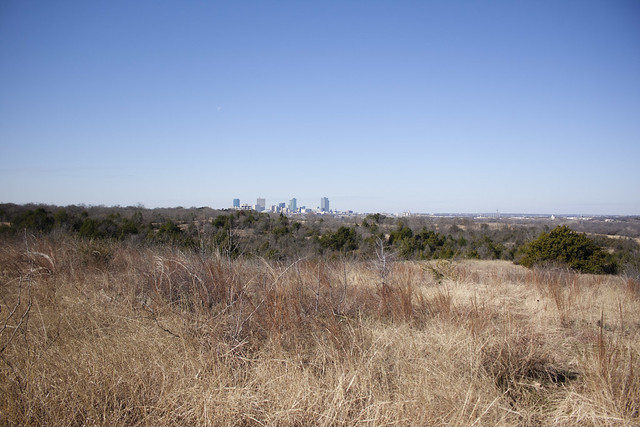 Our trip to DFW after Christmas was chilly as per usual, though certainly no tenuous drive across Tarrant county as roads were icing like last year! We had one day where Chris and I were itching to get a hike in, to feel some movement, and so we went over to Tandy Hills for a short jaunt through the park. Zoe was game to go with us so we left Forest with Grayson under the eye of my Mom so they could play together for a bit.

Being as it was winter, not a lot was going on. There have been several fires there recently, not for a controlled burn, and we could see the burned areas quite easily. Despite being set outside of a controlled burn setting, the area probably needed to be burned a bit. It’s kind of hard to do this sort of thing with a major interstate down slope of the park and houses surrounding the rest of the natural area. It will be interesting to see what wildflowers come back in those areas this spring.

The hike itself wasn’t terribly long as the wind was biting and the trails were somewhat sloshy—it was just a quick, relaxing ramble! Look how little Zoe and Grayson were just a few years ago when we dropped by one April afternoon!

Other Tandy Hills posts are here.