I was overly ambitious when I laid out my 39 Goals for 2019. Most of them are doable but I’ve not been very diligent about planning for them, which is what a lot of them need—a plan for execution. I’d printed the list out but threw it into my to-do list notebook and well, that hasn’t been unfolded. I guess I need to hang it out on my desk at home so I see it.

But we finally made one of them happen, visiting the Sam Houston Statue and Visitor Center in Huntsville. It helped that we went after we were done camping at Huntsville State Park and it is only a few minutes drive from the state park. 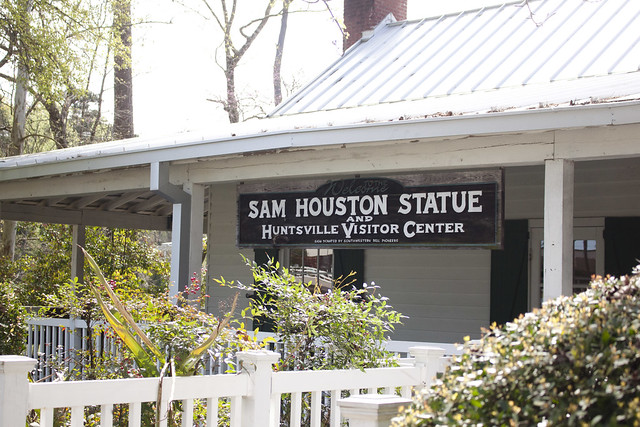 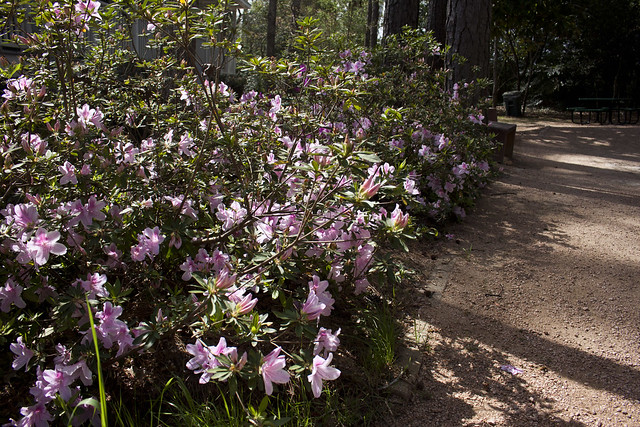 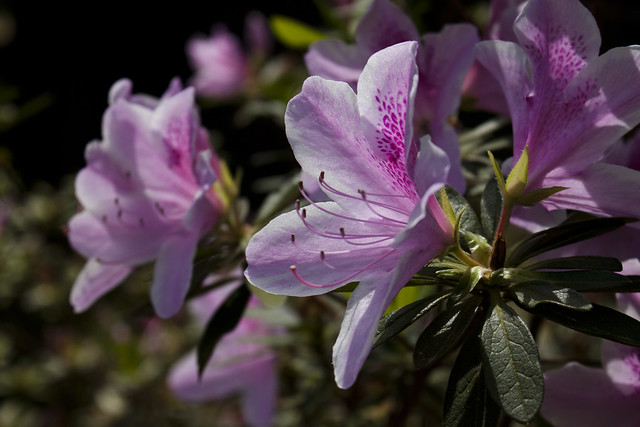 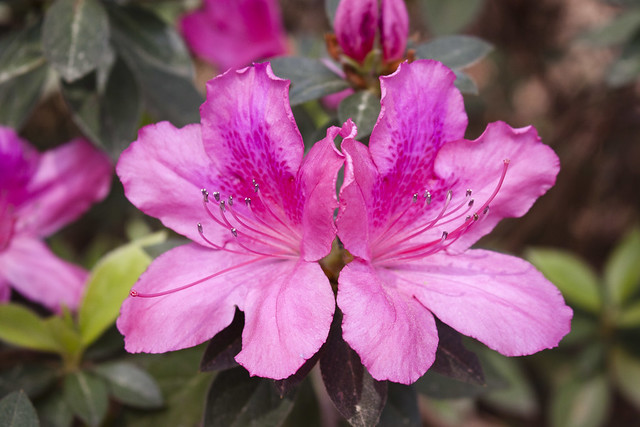 I was expecting a nominal fee to enter the statue area but it was all completely free. All you had to do was sign the guest book, which you were promptly directed to by someone outside. I think it was their way of keeping tabs on just how many people were passing through to see the statue.

The buildings themselves were modeled after the style of the early Texas settlers, so with the split breeze way between where the main living quarters and a ‘kitchen’ would be. The kitchen was a gift shop in this instance and there was an additional building out back which looked to serve as offices or maybe a meeting area. And of course azaleas lined the sidewalk in a true east Texas (and the south generally) fashion. 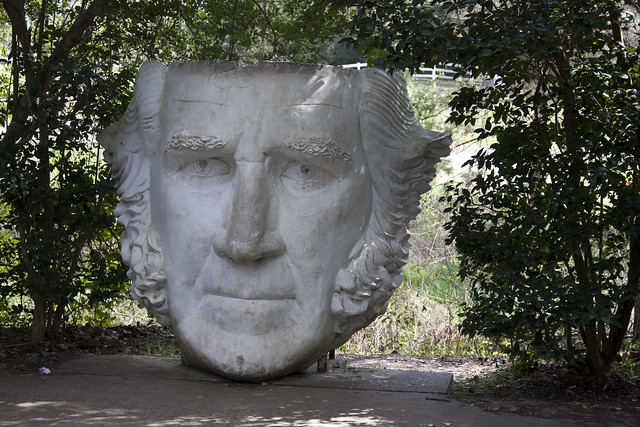 Forest played for a few minutes behind the Sam Houston mask. 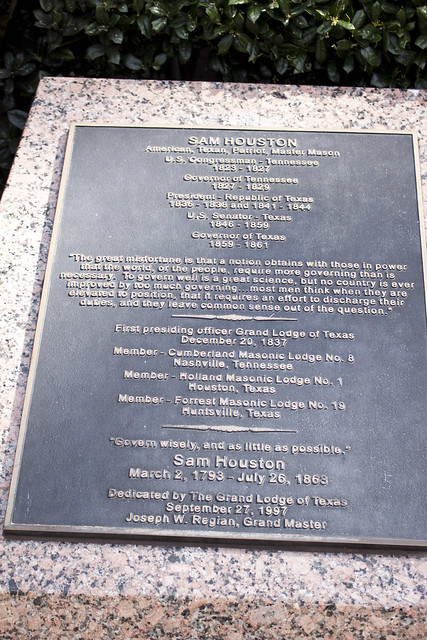 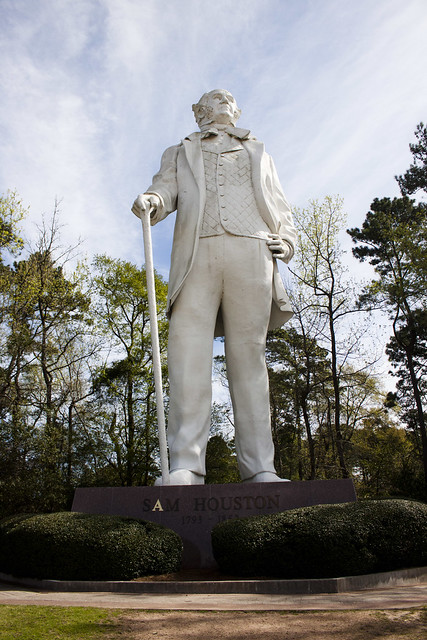 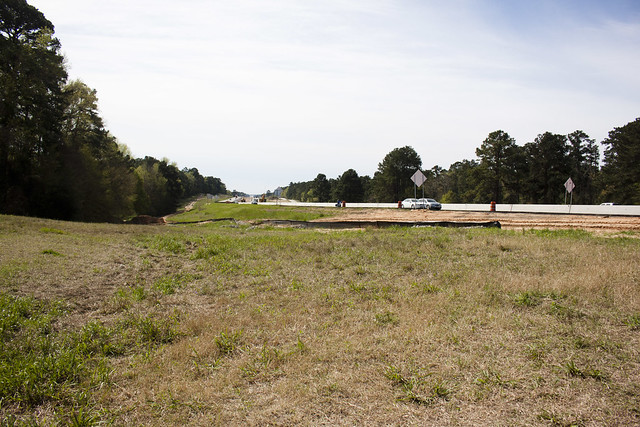 You can see just how close I-45 is to the monument. I really thought there should have been some kind of barricade up between the highway and the grassy/dirt area in front of the monument. 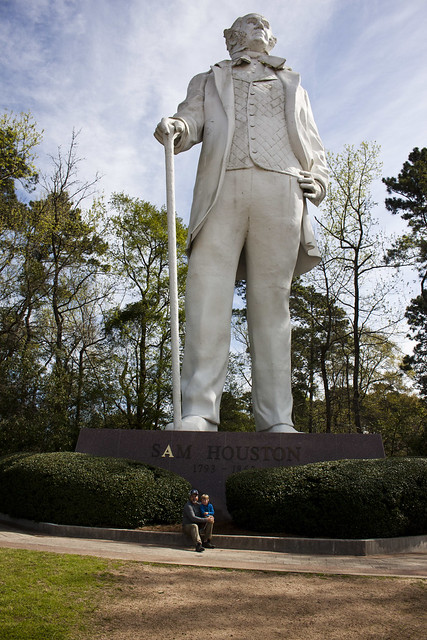 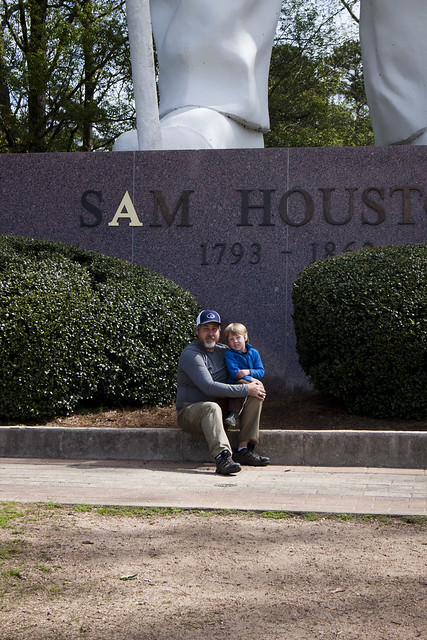 The statue was dedicated in 1994 which surprised me because I had thought it was older than that. If you ever find yourself coming through Huntsville, take the 15 minute detour and drop by and see the statue! It’s worth getting out of the road construction to do so!

We drove into Huntsville after to get lunch at the Farmhouse Cafe just a few blocks from Sam’s namesake university.