Last week I took out the macro lens to get a different viewpoint on the world in the garden. I wasn’t expecting to take photos of wildlife but once out in the edible garden where the full-sun was during the lunch hour, I came across several interesting individuals who got their photos captured. 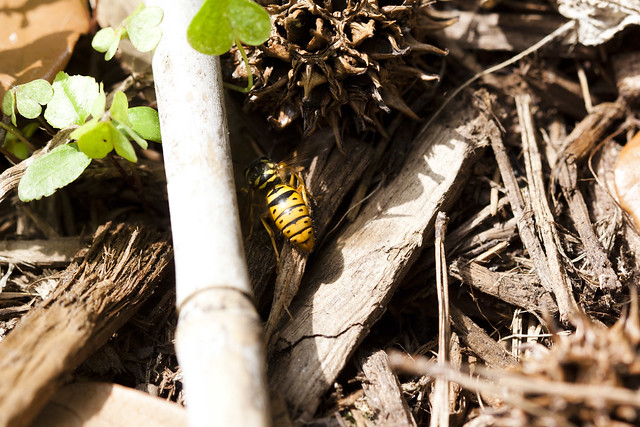 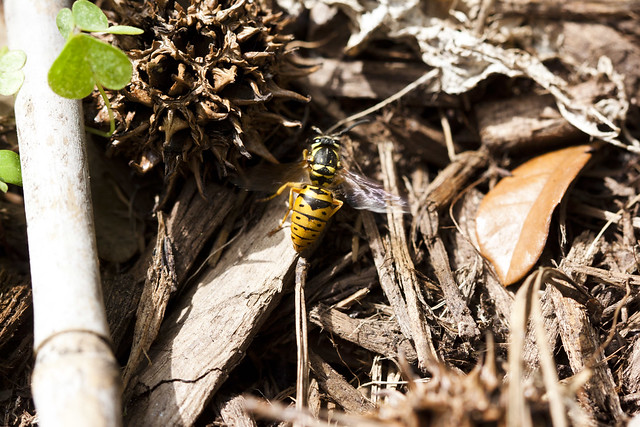 First, there was this Eastern Yellowjacket, Vespula maculifrons that someone on iNaturliast identifed as a queen. Pretty nifty! I’m not sure what she was searching for on the ground but that’s where she landed after buzzing a few flowers. 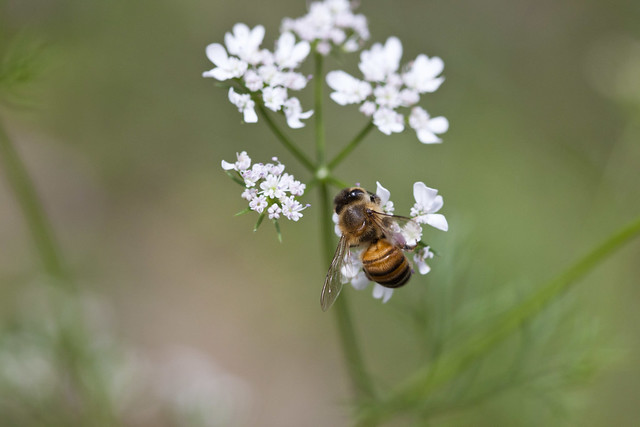 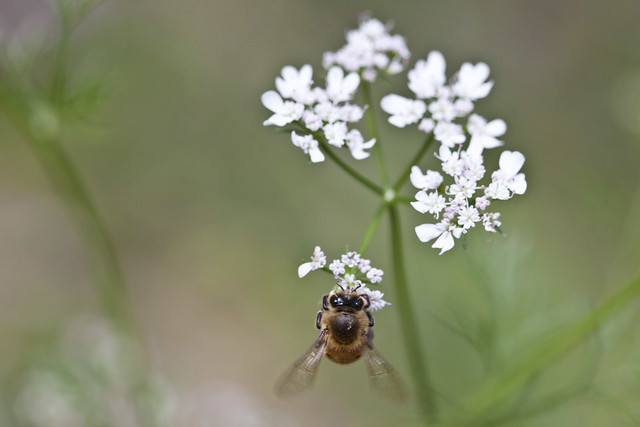 And then I noticed one of our honeybees sipping the sweet nectar of the cilantro blossoms. This is why I leave most of the bolting flowers in the garden. 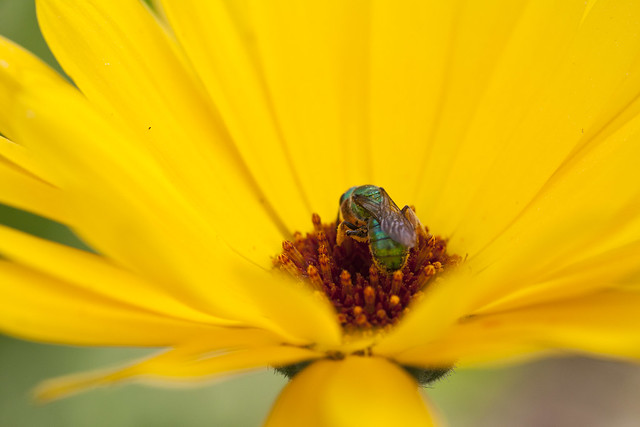 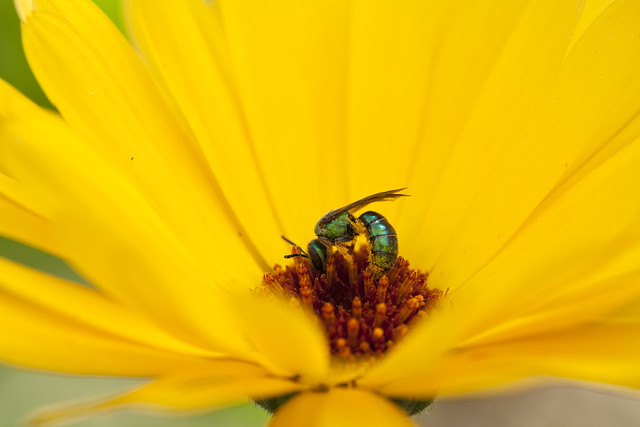 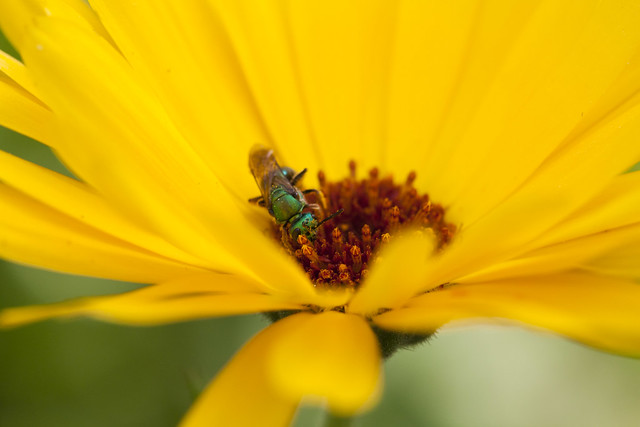 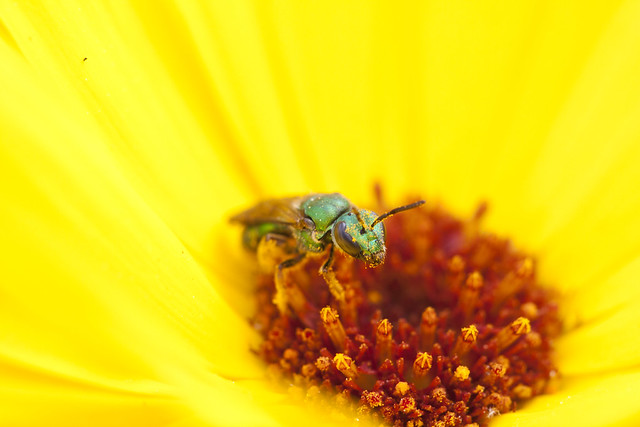 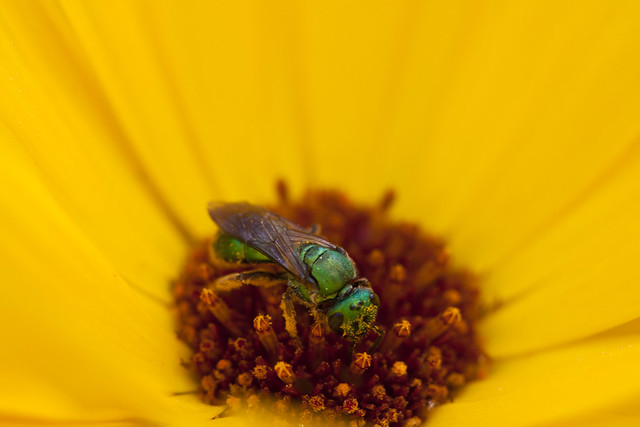 Over on the calendula I was stopped for several minutes as I watched this sweat bee roll around and cover itself with pollen. Must have been a delicious portion of calendula! I went back and forth trying to decide which kind of sweat bee this was and thought it was either a Green Metallic or a Pure Green sweat bee. I ended up leaving it at the family Halictidae and someone on iNaturalist came and sub-divided that to Tribe Augochlorini. I’m leaning towards it being a Green Metallic sweat bee but I’m not a bee expert—so, if you are a bee expert do tell what this one is! 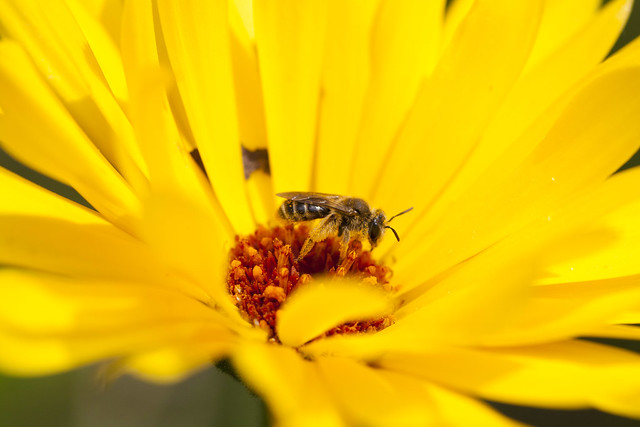 Also indulging in the calendula is what I feel fairly confident is a Ligated Furrow Bee, Halictus ligatus. 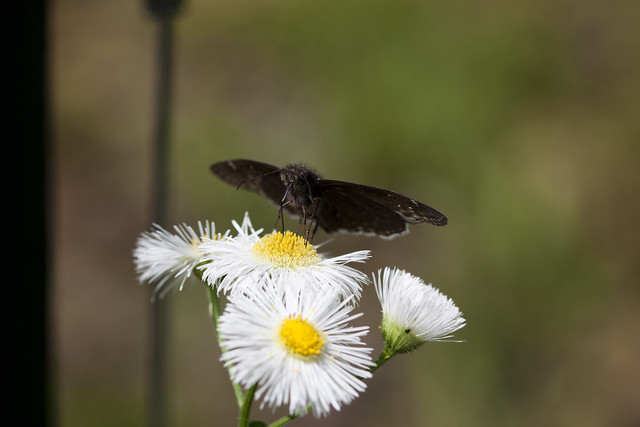 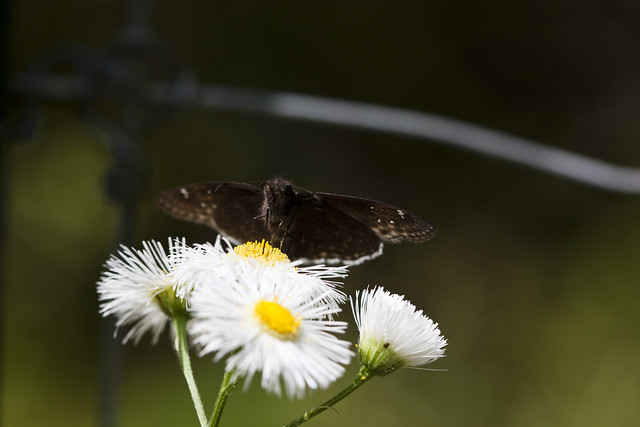 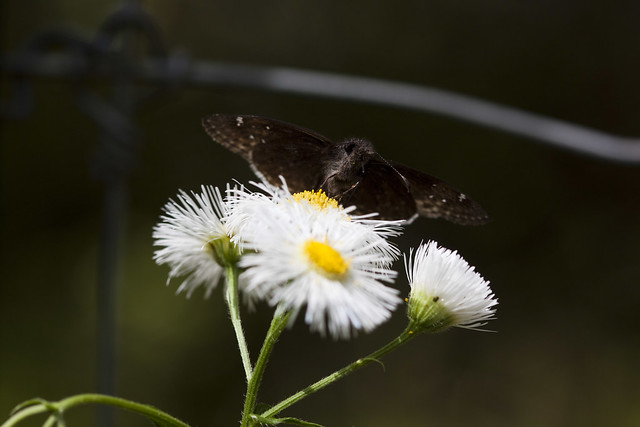 I think this is one of the duskywings, Erynnis sp.. Since I was focused on taking photos of it nectaring I didn’t get a good shot from above in order to properly identify it and when I did try to stand up it flew off and I had no patience to sit around and wait again. I’ll have to keep my eyes open for it/them again and get another photo at a later date.

I think I need to stalk that calendula again soon.