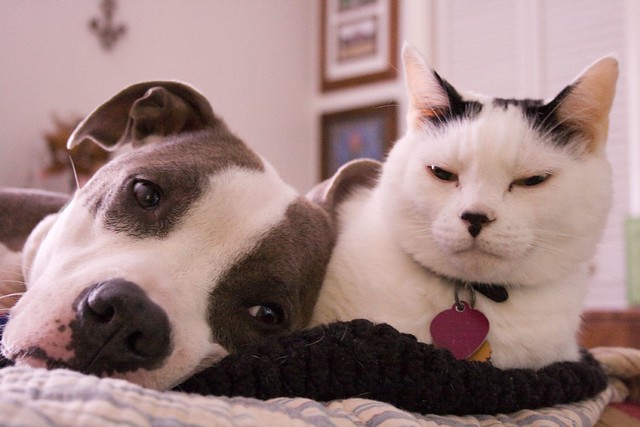 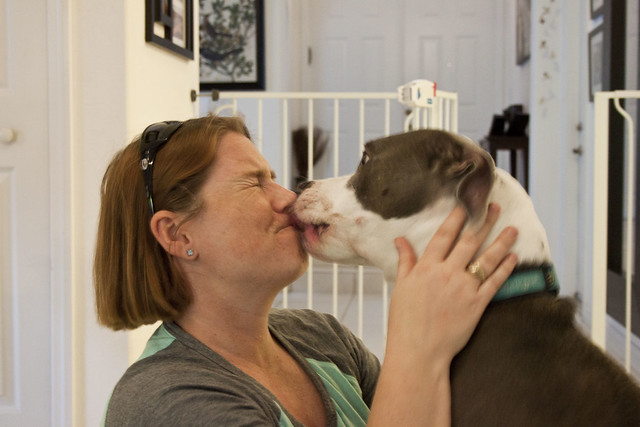 I haven’t meant to go radio silent these last nearly two weeks. It’s just been hectic and I’ve lost all energy for writing and sharing here. Things started trending frenetic about two weeks ago when a coworker moved on to another position. We’d just lost a more recent hire a few weeks prior to that and losing this person who had been here for 16 years was rough. We’re very busy at work right now and now we’re down to just a few main office staff. Already that felt heavy.

The same day our friend/coworker left we found out Baloo, the pup above, crossed the Rainbow Bridge. For those unfamiliar, we dogsat Baloo in 2008-2009 while Eliana and Marc took their first road-trip across North America to Alaska and he became part of the family, even if Samson and Leo weren’t sure what to do with this big ol’ dog! Eliana had asked us if we wanted to keep him again last year when they went across again to get married in Alaska but with our trip to Florida we didn’t think it was right to leave him alone after transitioning from the home he already knew and he was already in ill health then. We got to say our goodbyes via Facetime but I would have loved to have gotten a slobbery kiss from him once more. It’s been very rough for Eliana, losing Baloo.

The following Saturday a series of tornadoes went through central and east Texas. One in Franklin near my uncle’s house (he’s fine) and then another at Caddo Mounds State Historic Site (see our trip here). Unfortunately a cultural festival was going on so the usually quiet park had many people in attendance and a lot of people were hurt and the last time I checked one woman had been fatally injured. Not to mention homes that were destroyed in the nearby rural towns. Later that evening we found out an archaeologist we sub-contract with at work was severely injured at the event so not only was it more personal then since we knew people directly affected, but it threw some things into a loop regarding projects at work. You can view Victor’s Go Fund Me here.

And then Notre Dame. Which made me want to get to Europe and see so many places ASAP.

Last Tuesday I had one of my quarterly aural migraines which dampened my spirits for the day. Followed by the Mueller report on Thursday. (IMPEACH HIM, PELOSI!)

The weekend was rather great with camping up near Longview, a great time to re-charge. I didn’t want to come home and have to face everything that needed to be done there.

And we’ve had this general saga of various trees needing to be cut down out front. One pine tree was on the property line and started leaning onto a live oak towards our neighbors property. They ended up taking care of that. Then Chris noticed that the pine tree by the drive close to the street was starting to rot at the base. If it was going to fall it was going to fall onto the edible garden or into the street and over the power lines. That was cut down this morning and promptly as it was cut down the internet went out. I knew something was up (Chris was at home) when I noticed our Amazon cams went out by the alert on my phone. They do that from time to time because of general wifi or power issues so I texted and he said the power was fine but the wifi had gone out as they dropped chunks of pine. Chris had to go to Louisiana this afternoon so I was stuck spending the afternoon getting the wifi worked out. They are going to have to re-run a new line while we have a temporary above the ground line until that is done. The new line is going to have to go down the garden path and part of the side of the house garden. The original line is beneath two of the other flower beds and I managed to get the tech and tell him I’d prefer we didn’t dig up the garden to get a new line, so that was the compromise. New line will be in 3-10 days and they don’t tell you when they show up, so yayayayayay.

Ugh, and then a general heartache that I can’t do anything about, is that I’m pretty certain the empty lots in front of our house are going to be developed. Last year we had attempted to try to buy several of them from a house that is on a street through those woods. They were selling the house (messy divorce) and we tried to contact them a few times about buying the lots, which they had originally bought from the people who had owned our house two owners ago. Turns out they got deeded back to the guy’s dad since he was who had given them the money to buy the lots and then it was just a mess of communication or rather anti-communication from them on getting that done. Around the same time the county tax appraiser went ape and jacked everyone’s lot values up (thanks incoming Houston development) and it really was not going to be affordable for us to buy those lots if the taxes were going to be raised. Then about a month or so ago I noticed another lot owned by the owner of a house on a corner in that same area was for sale and then I saw that surveyors had been by. In my head I’d been thankful that I hadn’t seen the other lots up for sale yet, but when I went home at lunch I drove down that street because my milkweed lot is on the other end of those lots and I needed to feed the monarchs. Well, more surveyors were out. And this time they were flagging all of the lots that we’d wanted to purchase—and I just checked the appraiser and those lots were sold or transferred to someone else in January. There was never a sign posted. Oof.

I’m heartsick over it because there’s a small pond over there, the deer regularly go over there to bed down, we just saw an owl perched on a tree the other night—and really it is a wildlife enclave. Plus, I don’t want to see a house straight in front of my house. Because of that tax assessment going up anyone around here who’d been keeping extra acreage adjacent to them has been selling them. And they are developing those lots. In general everyone has a fairly large lot, many on an acre or more, so some of these are being squished into less than half an acre, though not at a typical subdivision sized lot because of our city’s size requirements for a house—but it looks incongruous with everything else already built. I just hope the pond gets kept—it acts as flood control, too. Not to mention you could easily qualify part of that acreage as forested wetland potentially, or if not, a hydrologic easement for periods of heavy rain. I can just see it jacking up with the hydrology of the area. There have already been houses built in some suspect locations that should never have been allowed to have been built.

So, I haven’t been in the mood for wrapping up blog posts or sharing new ones. I have plenty of things to write and photos to process, I just don’t know when I’ll muster up the energy to do it.