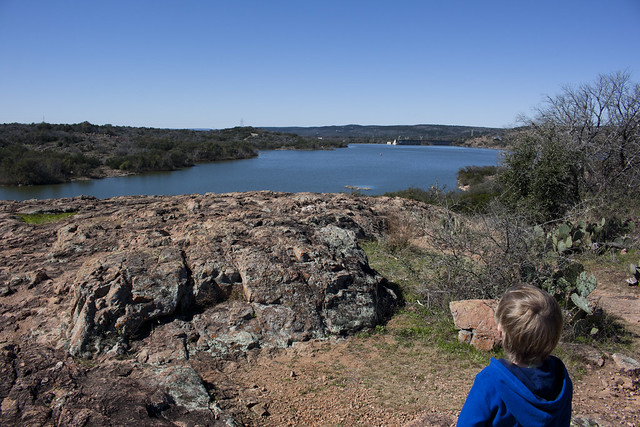 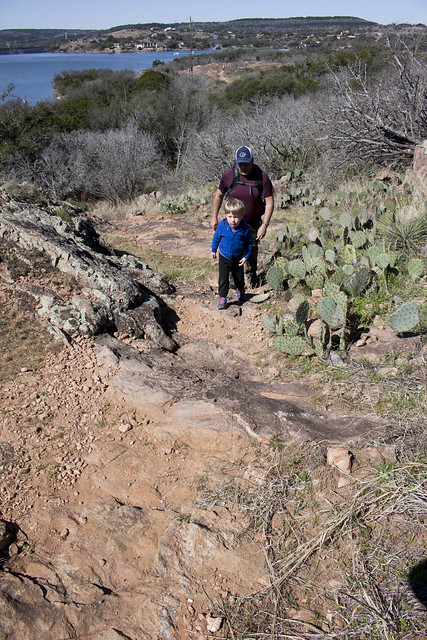 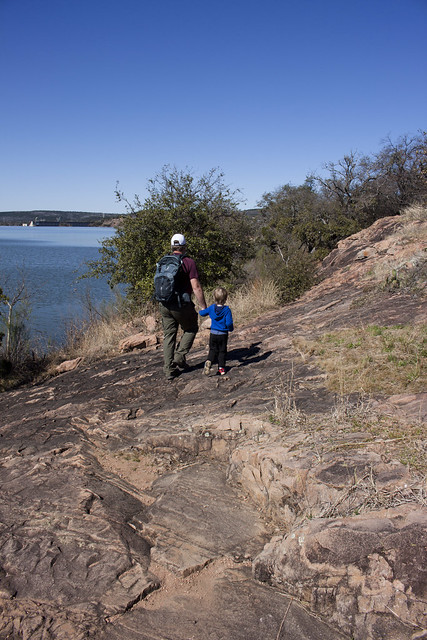 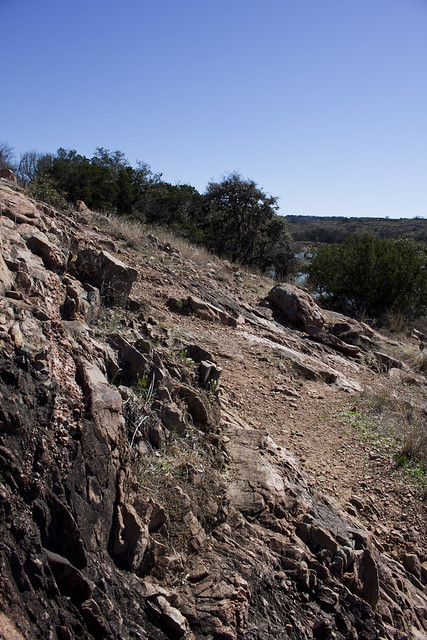 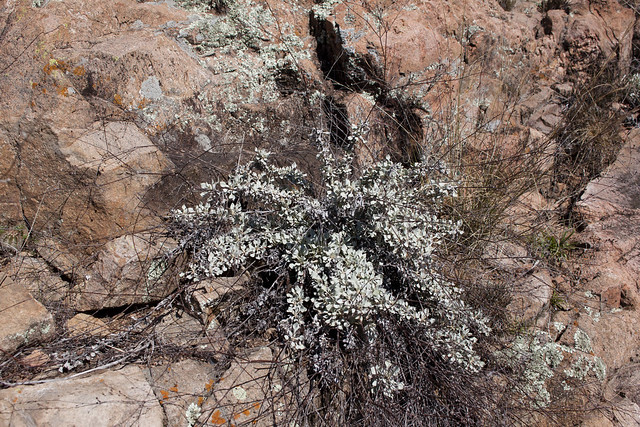 Cenizo, Leucophyllum frutescens — I think. It looks rather ragged and I can’t figure out anything else that this could be. 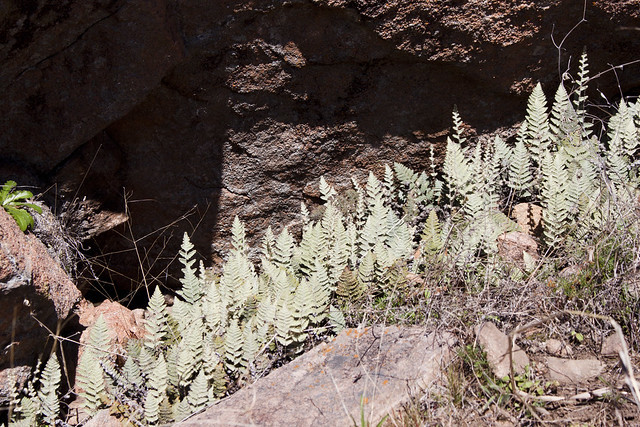 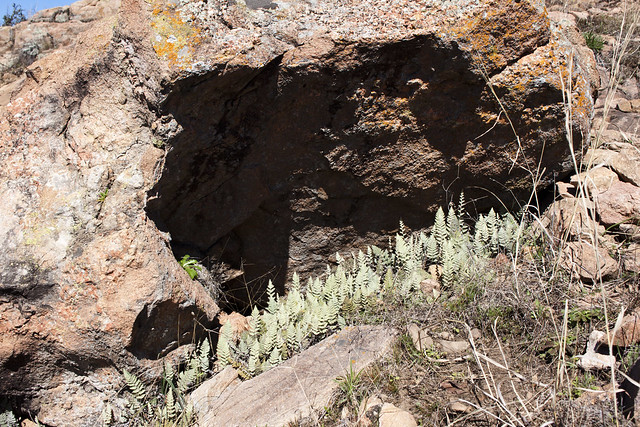 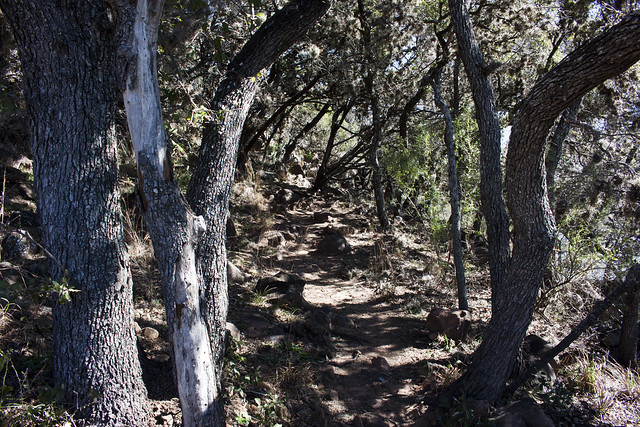 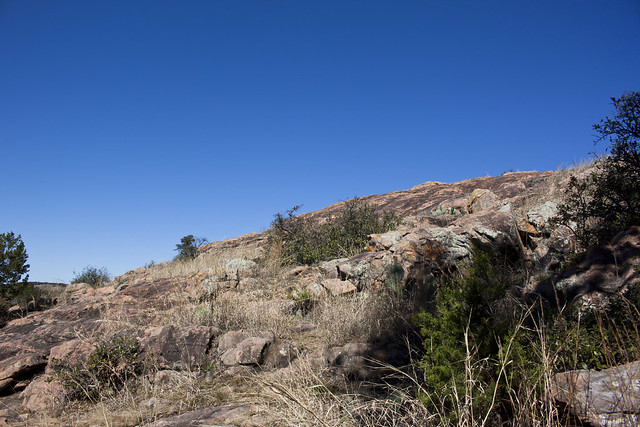 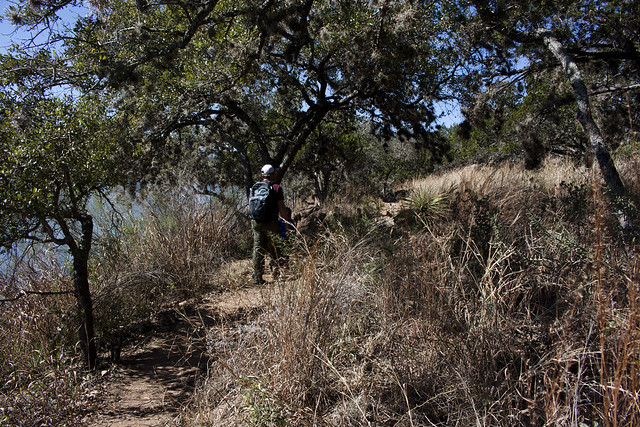 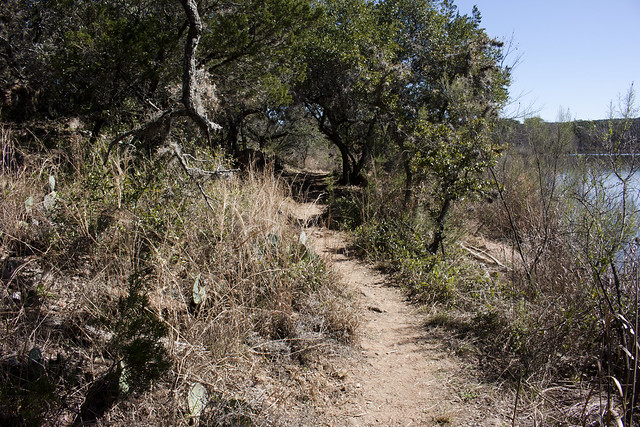 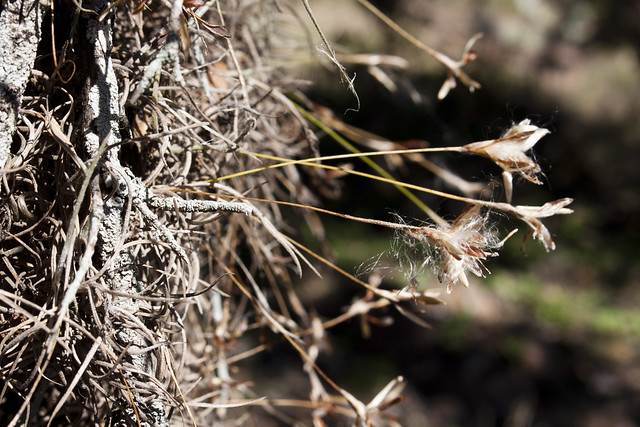 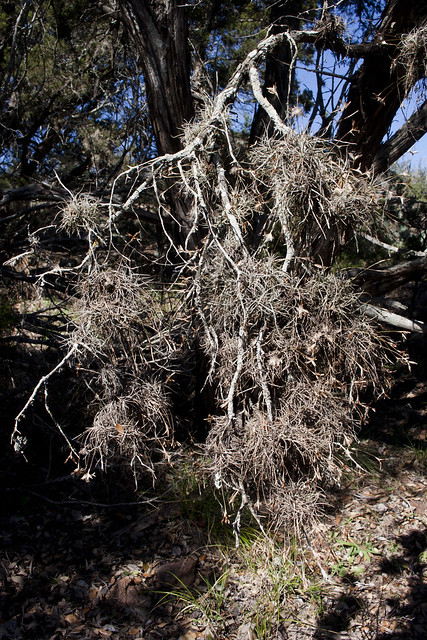 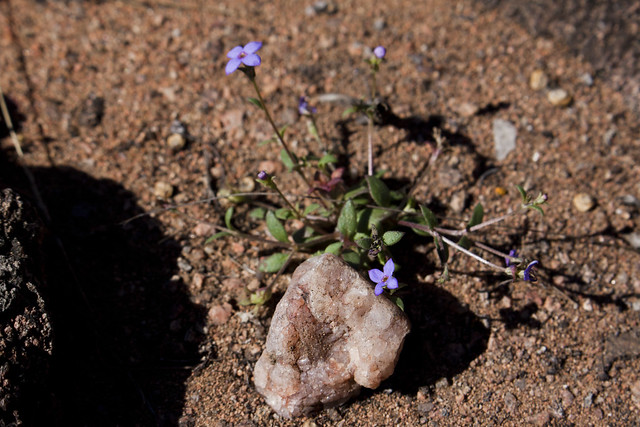 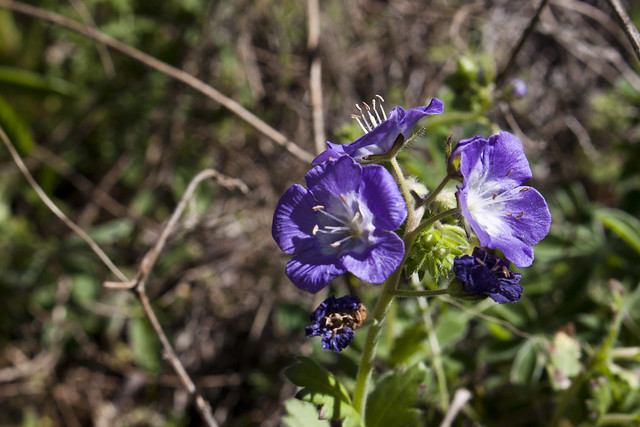 Now that it has been many months and moons since we visited Inks Lake State Park (February 2019), I’m now yearning once again for those spring ephemerals. Though, autumn blooms are coming our way (SOLIDAGO, I SEE YOU!)—to revisit this site now would be an interesting study in contrasts!

We hopped onto the Lower Fisherman’s Trail on our way out of the state park after our long weekend camping. You can easily complete a loop of the lower and upper, which is what we ended up doing this time around but I skipped taking a ton of photos on the upper since we had already hiked that a few days prior.

Last week we had a tinge of cool air come in, highs only in the 80s. For once London was hotter than Texas! It gave everyone a pause and some excitement about cooler weather. Of course we’re back into the dripping humidity of high 90s and heat indexes in the 100s this week—so, a typical Texas summer. But seeing these photos again and remembering the temperatures for great hiking weather—well, it has me itching for a cool down again. And I’m loving the photo of the fairy swords up against the hollowed out rock—it looks like a magical place to play, something enchanting with the ‘fairies’!

I think I can eek out one more post from Inks Lake and then I’ll move onward to some other hikes and adventures!