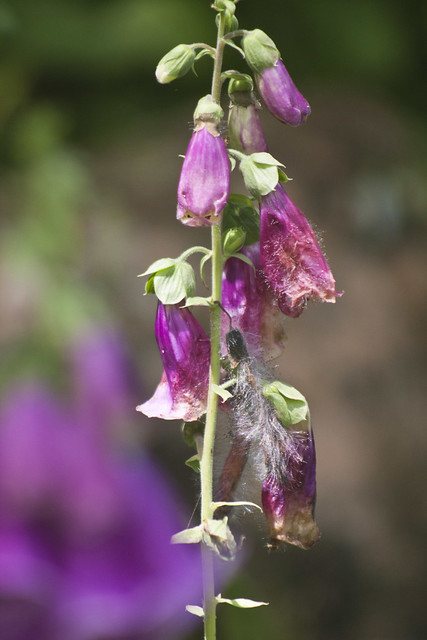 I think this late blooming foxglove covered in mold sums up what the garden overall looked like in July. I was finally able to spend some time on the flower garden over this last weekend, weeding two of the beds and tidying up a bit. I started working on the garden path again after having gone through it back in May. The grass issue in the path is aggravating and honestly I think we need to get one of those flame torches for weeding to keep this path in shape. 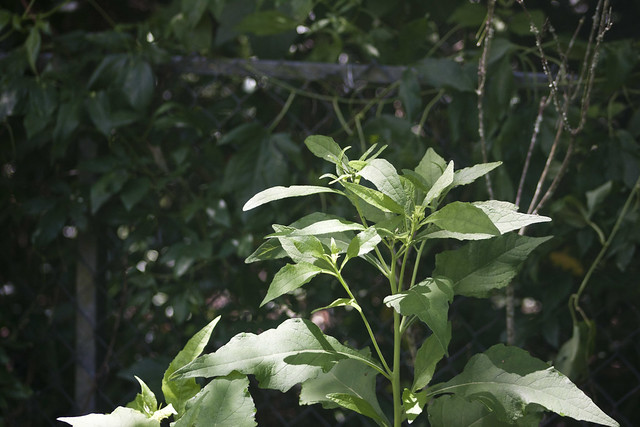 Frostweed, Verbesina virginica. I threw out some seeds from the frostweed that grows in the ROW around here because it is so lovely and the pollinators love it and I now have several plants growing in the garden. 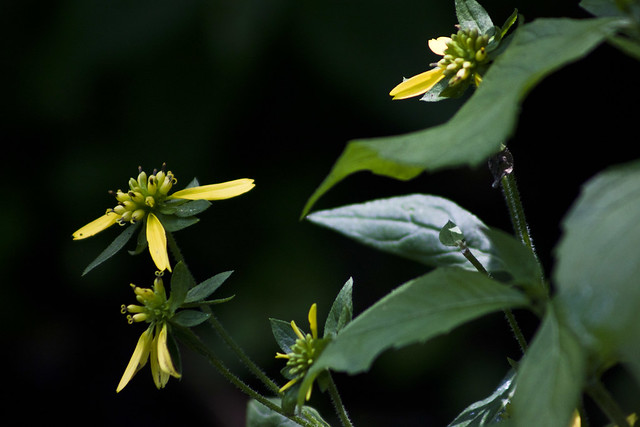 Similiarly, I am growing wingstem, Verbesina alternifolia, from seeds purchased from Prairie Moon Nursery and I am loving it! I will be encouraging more if it to grow in the garden next season. 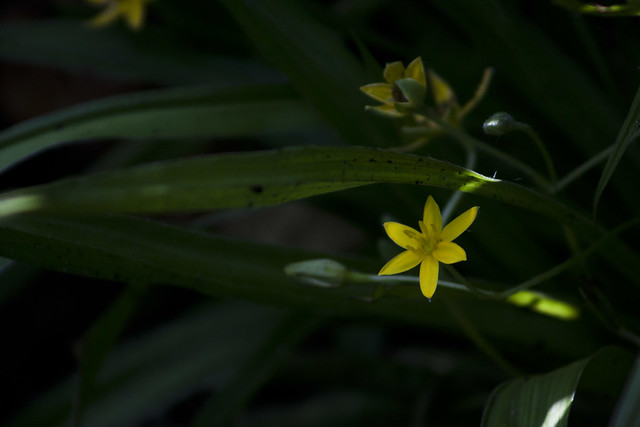 Yellow star grass, hypoxis hirsuta. Another native, this one I bought in a gallon pot from a nursery and then divided the pot into three plants, which was rather hard to do as the corm was giant and tough to cut. I worried I was going to kill it but the plants bounced back. The deer have browsed once or twice but otherwise have mostly left it alone. I may divide them again in the spring so I can have an area fill out a bit more with them. 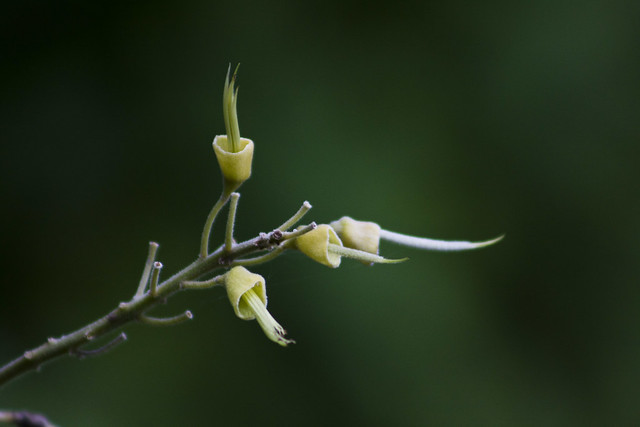 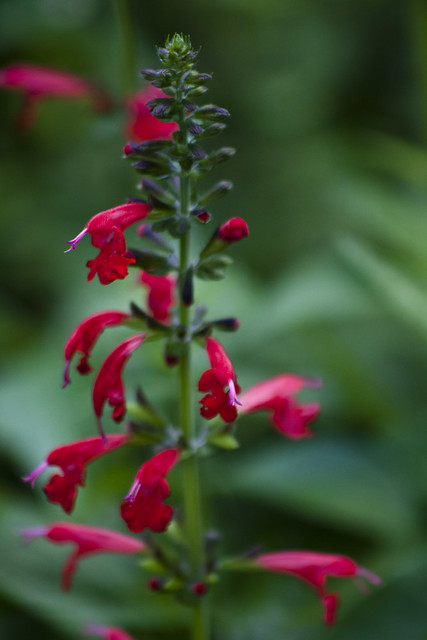 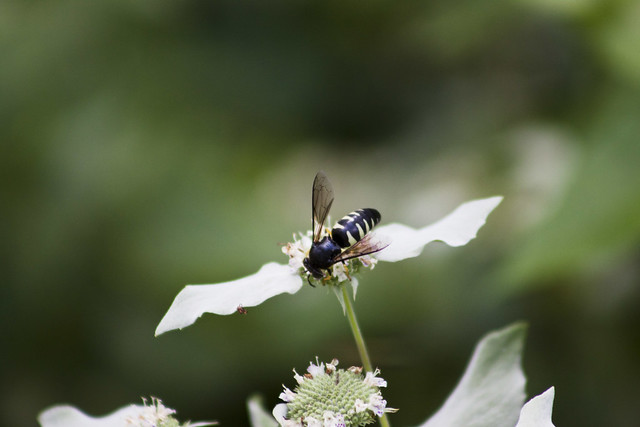 It is found throughout temperate North America east of the Rockies. Females prey exclusively on nymphs (immature stages) of true bugs (Heteroptera), predominantly stink bugs (Pentatomidae) and leaf-footed bugs (Coreidae). A female seizes a nymph, paralyzes it with her stinger, and clasping it beneath her, flies to her nest, a chamber she has excavated underground in sand. She uncovers a hidden entrance hole leading to a tunnel connecting to the chamber, and, clutching her prey, disappears down the hole to her nest. She lays an egg on the first nymph she brings to her nest, and then returns to stock the nest with additional prey. Her offspring feed on her prey, while she feeds on nectar at flowers. All other members of the genus
Bicyrtes are sand wasps that specialize in hunting true bugs.27 Biddinger et al. reported that prey of Bicyrtes wasps include brown marmorated stink bugs.28

From here—click through, there are interesting photos of them and their prey. 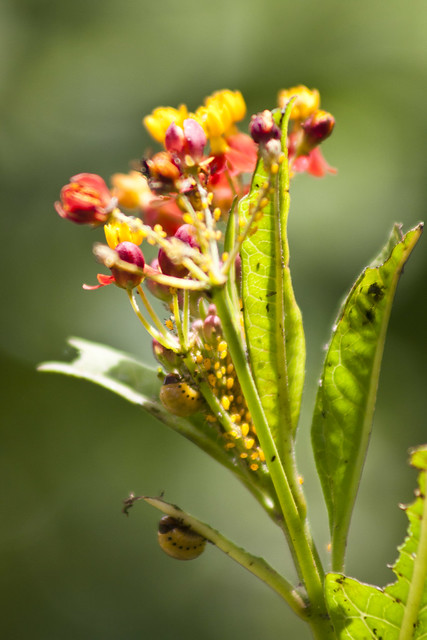 Oleander aphids and milkweed beetle larvae on the tropical milkweed. 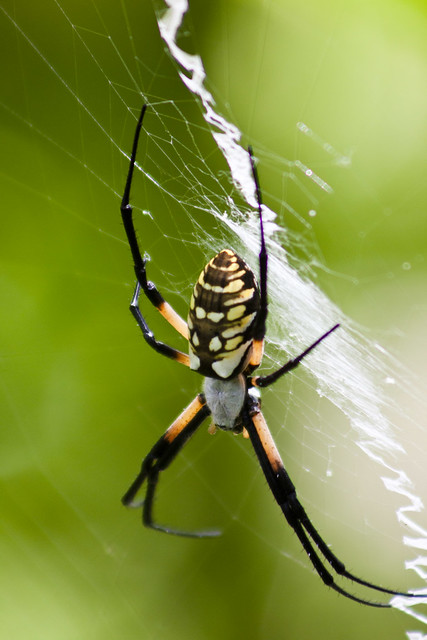 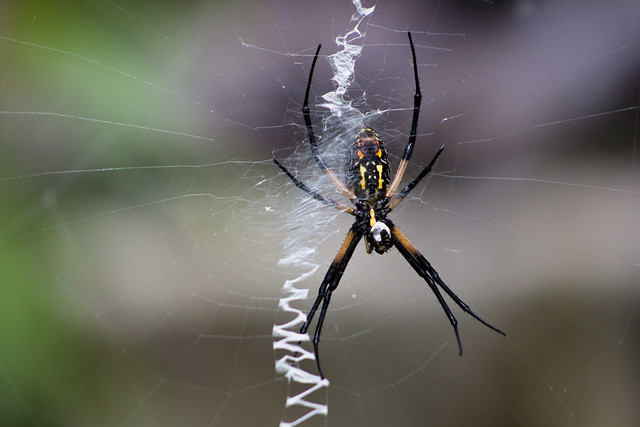 My beautiful friend, Madame Argiope aurantia. She appeared for a day or two and I haven’t seen her since. *sniff sniff* 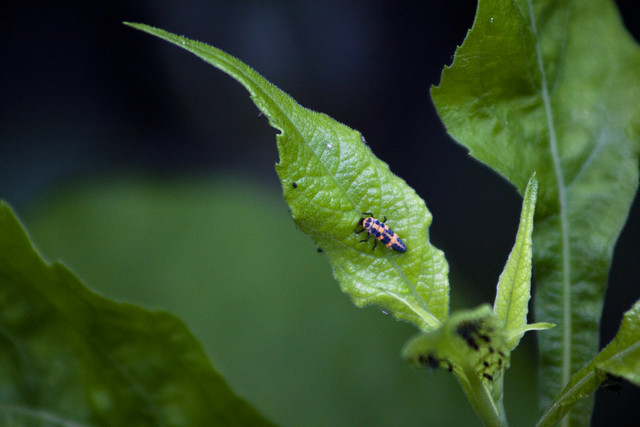 Some kind of ladybug larvae I believe—I couldn’t figure out which species. You can see the aphids in the photo that it was eating. 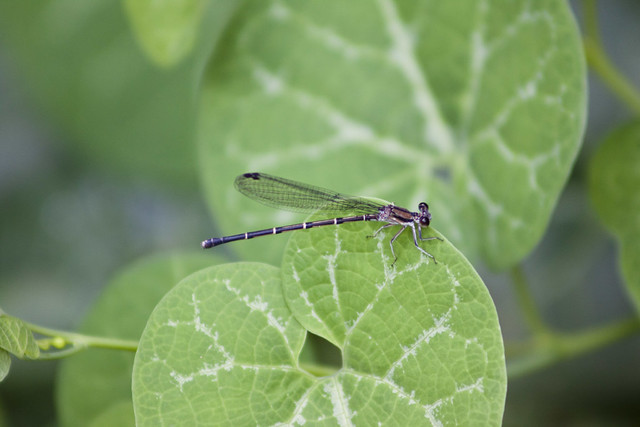 Blue-tipped Dancer, Argia tibialis. We’ve had a lot of dragonflies and damselflies around this summer. They swarm around the garden frequently and it is lovely to watch them fly.

I haven’t been taking a lot of garden photos lately but after my weeding of the two flower beds I need to get the camera out and take some photos of a few things I found that I didn’t know where hiding in the jungle.

And I’ll leave you with a lovely read from Jennifer at The Common Milkweed, Life in Flyover Country.